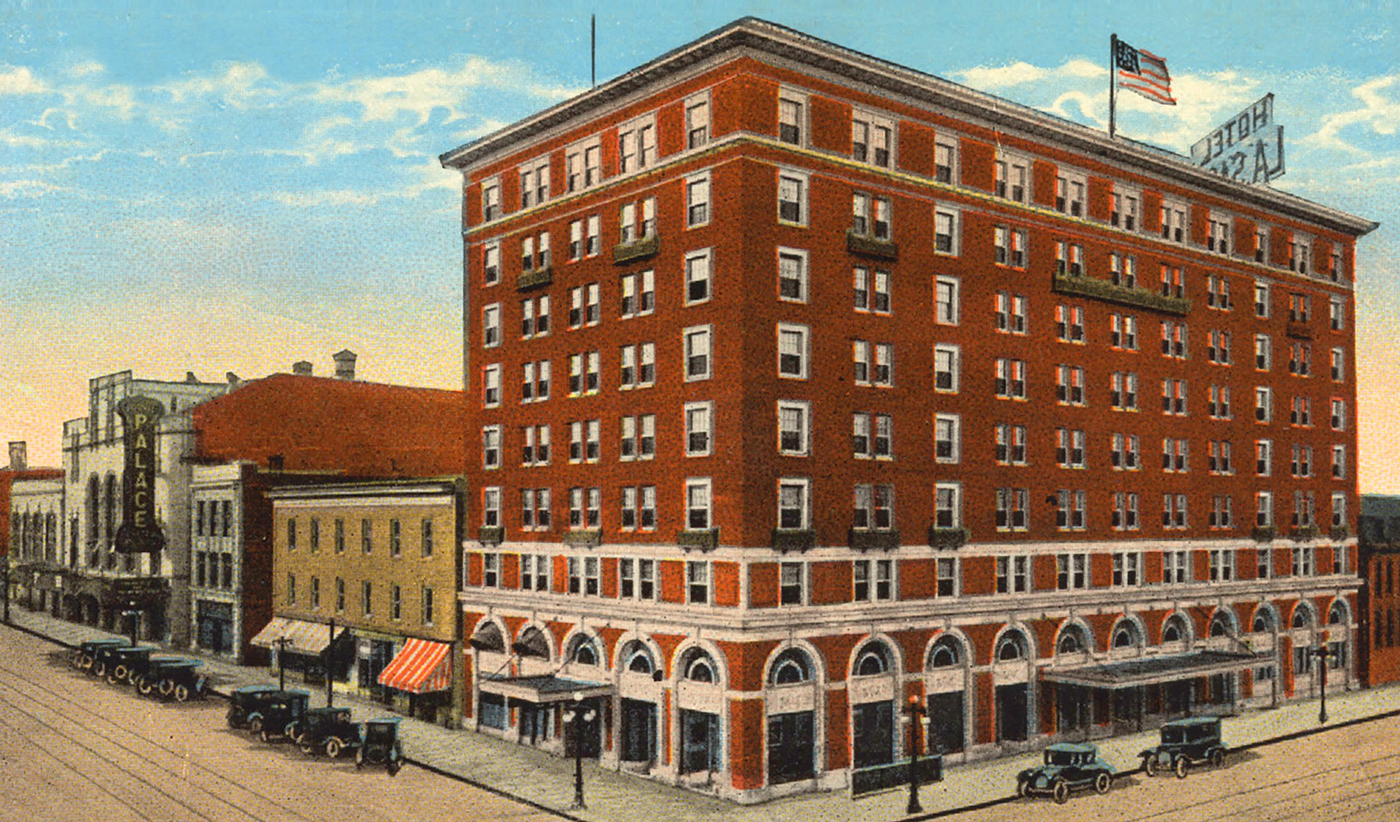 Preservation can take many forms – from transforming a long-vacant building to hours of volunteer service — and last month Indiana Landmarks’ Northern Regional Office presented three awards that illustrate the scope of preservation in South Bend. More than 100 people gathered to applaud the winners in the restored lobby of the 1921 LaSalle Hotel, a downtown landmark in the final stages of conversion to apartments.

We honored RealAmerica, LLC for the developer’s outstanding rehabilitation and repurposing of the LaSalle Hotel. The $12 million project transformed the long-vacant property into 51 one-bedroom and 16 two-bedroom apartments, with more than 8,000 square feet of commercial space on the ground and mezzanine levels. RealAmerica leveraged rehabilitation tax credits and won support from the Historic Preservation Commission of South Bend and St. Joseph County for preserving historic features and original elements inside and out, including room key holders, decorative molding, mail slots, and elevator doors. The company also plans to repurpose the hotel’s original wood-paneled Brandywine Bar on the lobby level as the new leasing office. 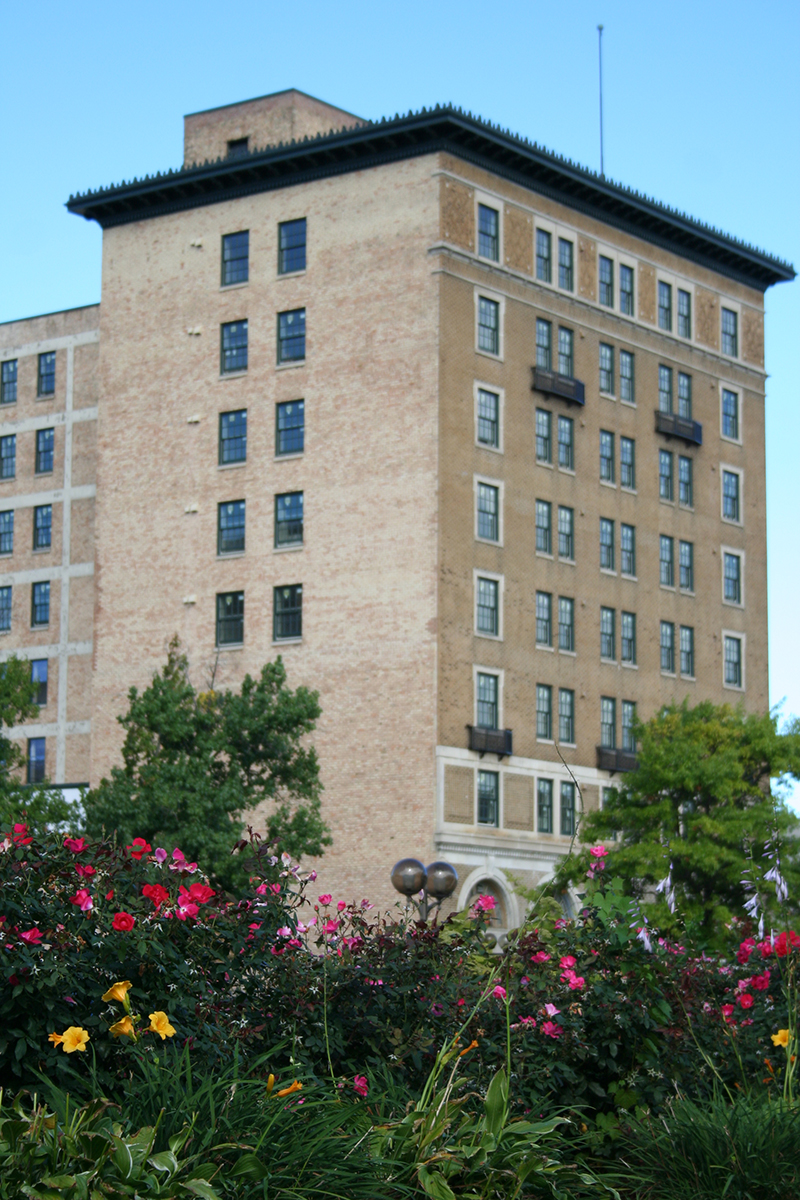 The City of South Bend also earned kudos for the LaSalle Hotel project. South Bend officials demonstrated patience and forethought in preserving the hotel as a community asset, rather than consigning it to the wrecking ball. In 2002, Downtown South Bend Inc. purchased the building for $350,000 to prevent developers from demolishing the long-shuttered landmark. They transferred the LaSalle to the City of South Bend two years later.

The City placed the LaSalle under protection of the Historic Preservation Commission, keeping the building secure with a watertight roof as the Department of Community Investment sought proposals for its redevelopment. The City held on to the building for over a decade before RealAmerica of Fishers bought it for $1 and received $1.8 million for improvements to the roof, fire suppression system, elevators, façade, windows, and tuck-pointing of the brick exterior. That long-term view and investment resulted in a revitalized market-rate downtown anchor.

We honored Cliff Zenor as an outstanding preservation volunteer. The proprietor of Zenor Photography, Cliff traditionally focuses on nature, wildlife, and gardens. He’s also passionate about preservation and donated his services to document our Vintage Green house and DIY workshop series. Zenor shot hundreds of photos over a year and a half to illustrate topics ranging from plaster repair to vintage plumbing. His photos appeared in the South Bend Tribune and in DIY articles on Indiana Landmarks website. Cliff and his wife, Mary, also participated in the hands-on workshops, applying the things they learned to their own historic bungalow in Mishawaka. 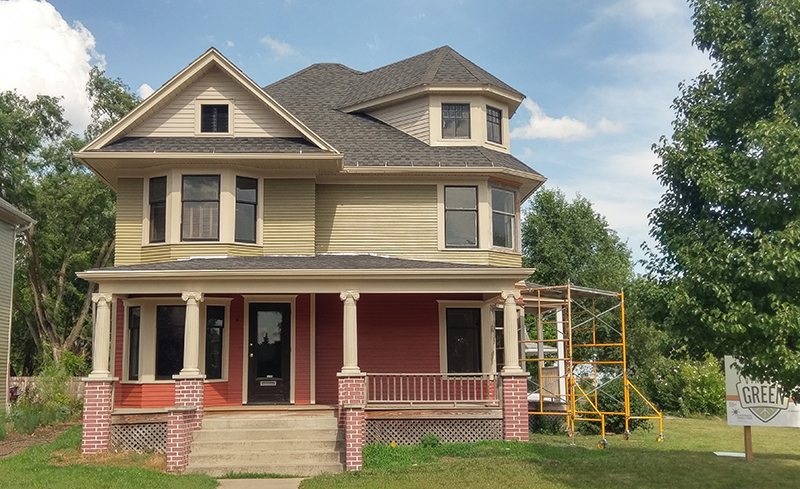 Cliff Zenor volunteered his photography services to document the Vintage Green rehab series at our demonstration house in South Bend.

For more information about any of the award winners, contact Todd Zeiger, director of Indiana Landmarks’ Northern Regional Office, 574-232-4534, tzeiger@indianalandmarks.org.