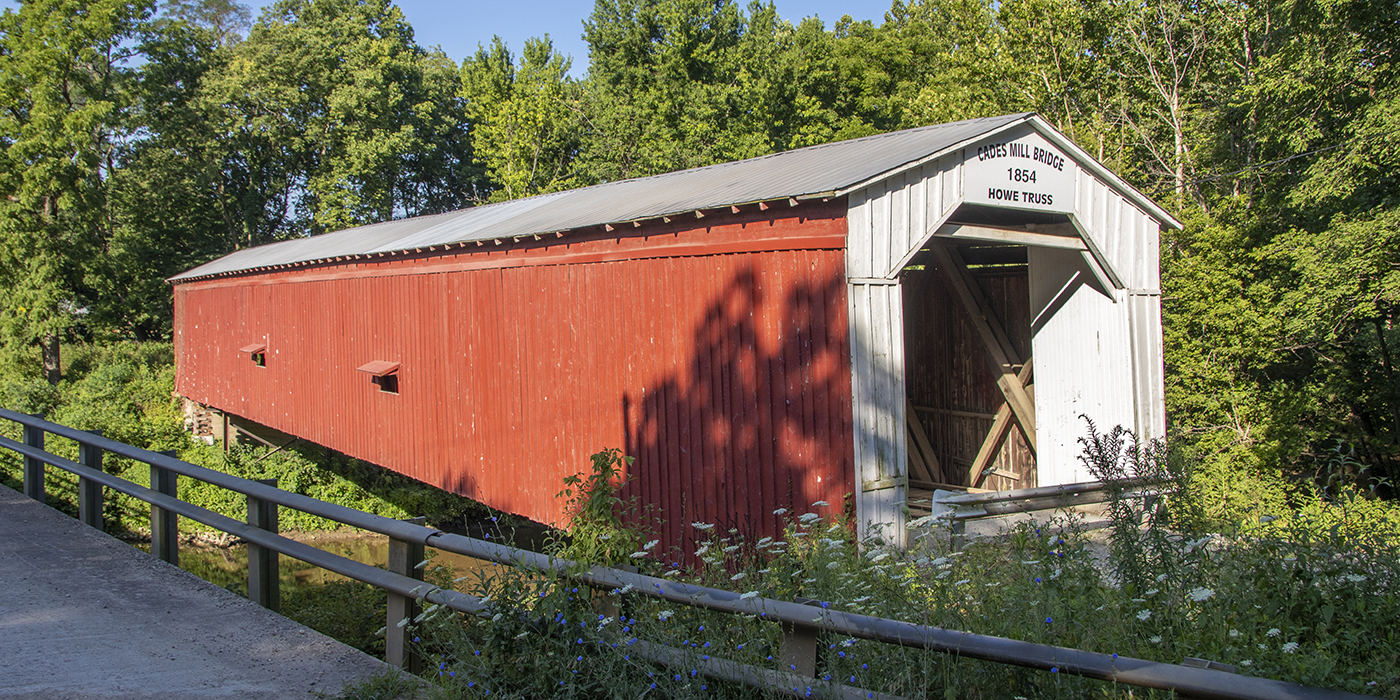 Constructed in 1854, Cades Mill Covered Bridge is the oldest surviving covered bridge in Fountain County, but decades of deferred maintenance have placed the historic span in serious structural danger.

Built in 1854, Fountain County’s Cades Mill Covered Bridge holds status as the state’s oldest covered bridge still in its original location, but it’s a distinction in peril. In 2019, a covered bridge contractor hired to assess the bridge discovered a broken chord, a serious structural compromise that unless repaired could cause the 150-foot bridge to collapse.

Built to help Fountain County’s early settlers travel to a mill at Coal Creek, the span is one of three historic covered bridges remaining in Fountain County. It’s only seen use as a pedestrian bridge for decades, bypassed after construction of a newer concrete bridge in 1976. Deferred maintenance in the intervening years hastened the historic bridge’s decline. 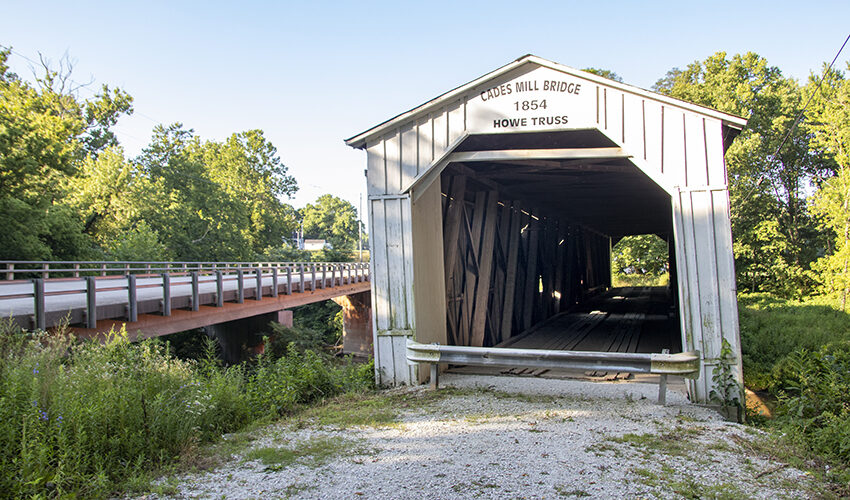 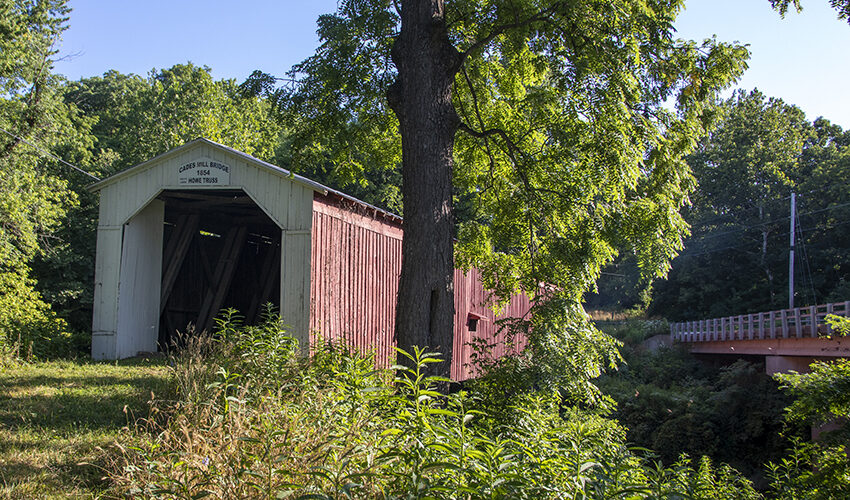 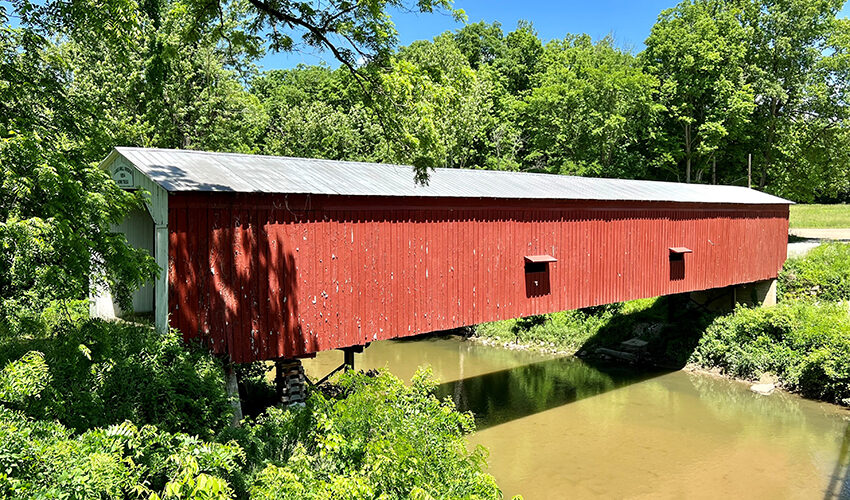 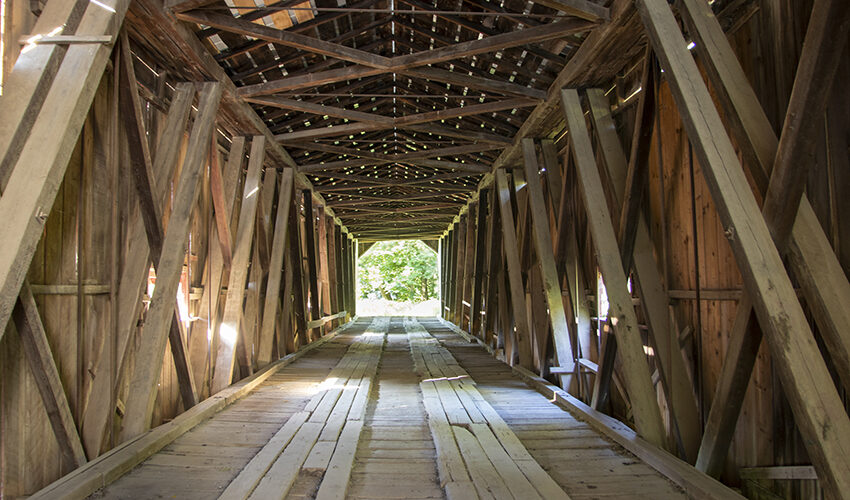 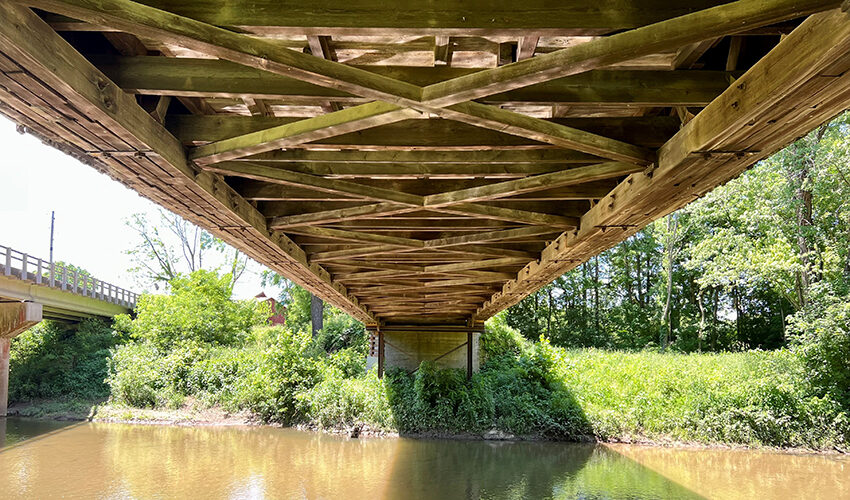 Over 600 covered bridges were built in Indiana between 1820 and 1922, a number that today has dwindled to 90, according to the Indiana Covered Bridge Society. Along with providing a picturesque tie to local heritage and serving as tourist attractions, restored covered bridges have become popular destinations for parties, weddings, and photos.

The Fountain County Art Council Historical Committee has been raising money for complete rehabilitation. Repairs are estimated at over $800,000, and ongoing pandemic-related labor and materials shortages are expected to increase the price tag. In an area with limited resources, finding money to rehabilitate Cades Mill Covered Bridge is a daunting challenge.