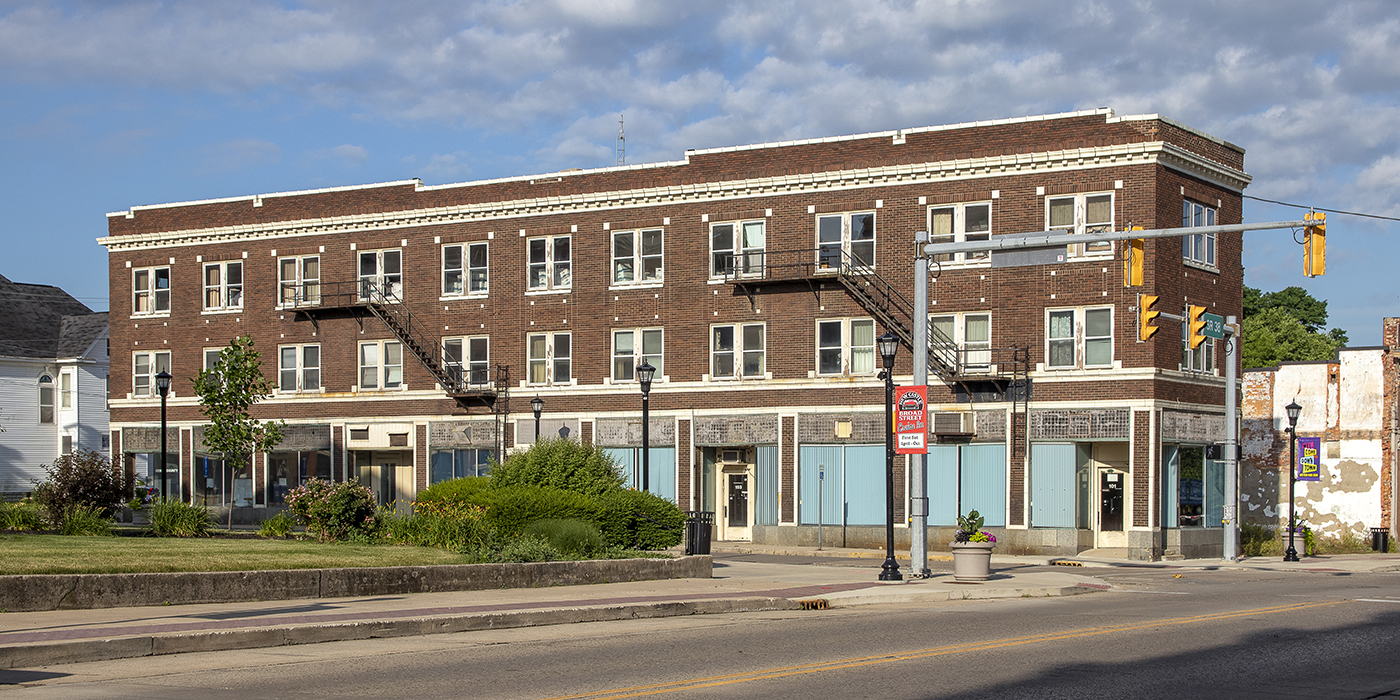 County officials have repeatedly discussed demolishing New Castle’s Courthouse Annex building and using the site for parking, a move that would rob the city’s courthouse square of its historic character.

At the turn of the twentieth century, downtown New Castle was the bustling hub of a prosperous community. The city’s manufacturing industry thrived, fueled by the gas boom of the late-nineteenth century, and burgeoning businesses served a rapidly growing population. Handsome buildings lined the streets around courthouse square – churches, theaters, lodge halls, and shops selling everything from groceries to furniture.

But the boom was short-lived. Just a few years later the gas wells had dried up, and factories began to close. People moved away, businesses languished, and many downtown buildings entered a slow slide into decline.

Today, large gaps in the historic streetscape show the effects of widespread demolition. Many of the remaining buildings stand empty, including a block-long commercial structure on the courthouse square. Now known as the Courthouse Annex, the building stretches along the entire 100 block of 12th Street – a three-story Classical Revival edifice with terra cotta details and large windows that reflect the 1869 Henry County Courthouse across the street. 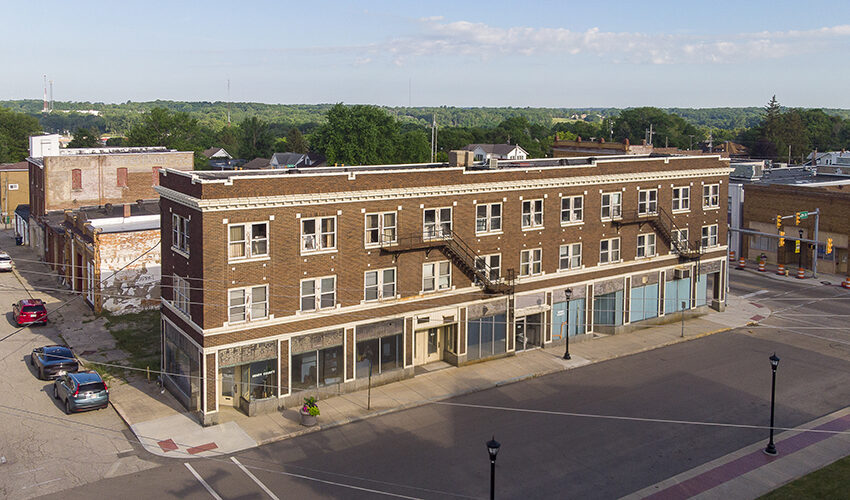 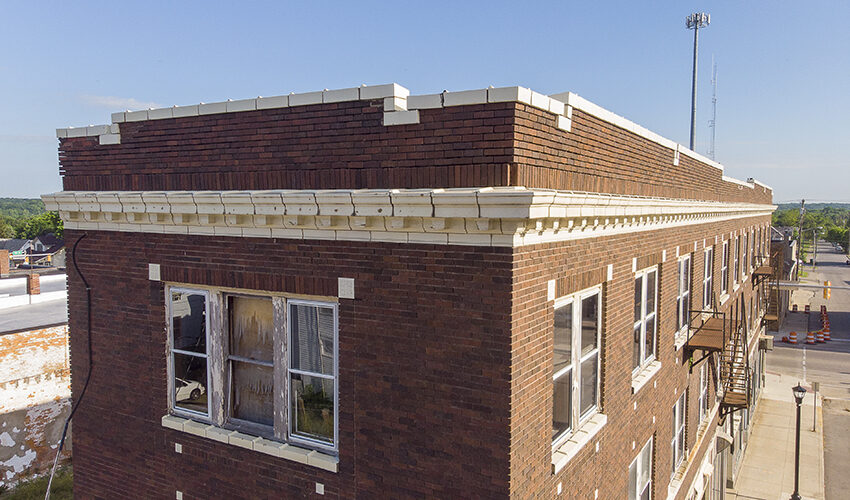 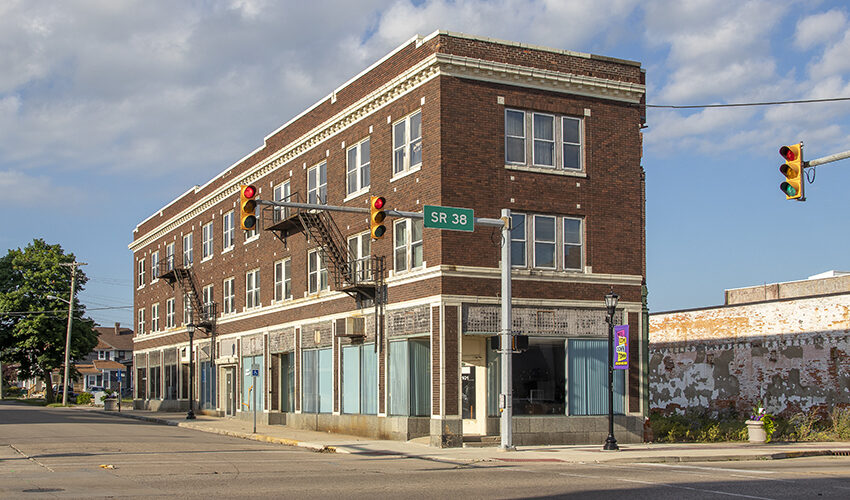 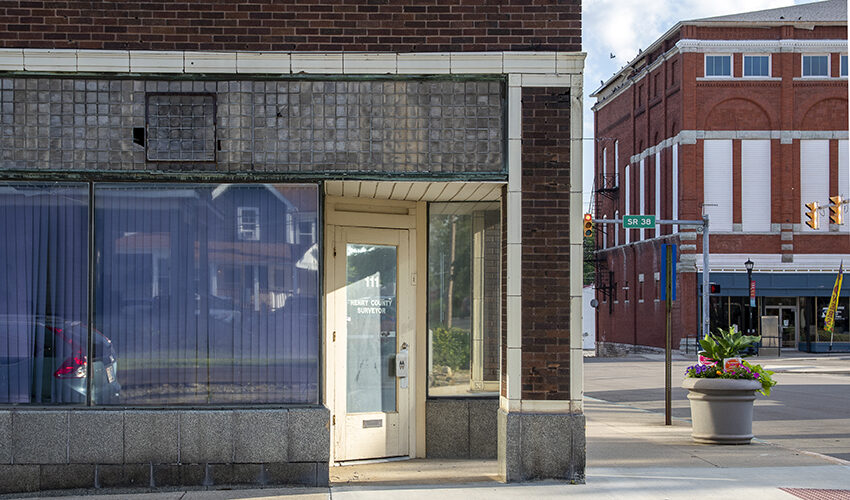 The building remains attractive, but its condition is precarious. It needs a new roof, and the demolition of its neighbor to the west left a formerly interior wall exposed. The structure has been vacant for years, used primarily as an overflow storage facility for county records. With no funds to address long-deferred maintenance, county officials have repeatedly discussed demolishing the building and using the space as a parking lot.

Following our 10 Most listing last year, Henry County commissioners issued a request for redevelopment proposals and received a number of responses. As they consider options, the building’s fate remains in limbo. In a community that’s already lost so much, demolishing the Courthouse Annex would rob New Castle’s courthouse square of its historic character and deal a devastating blow to the city’s downtown district.