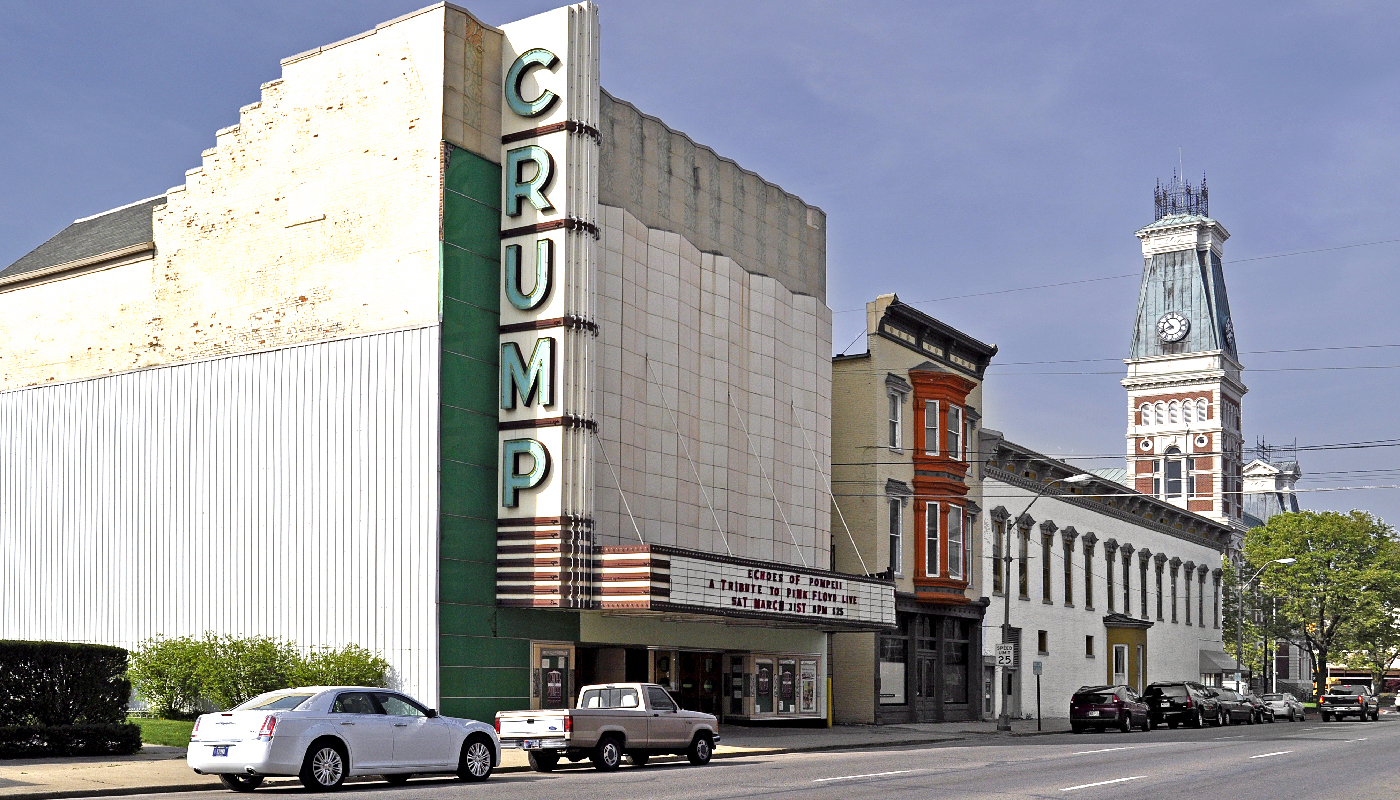 Ready for an Encore

Located less than a block from the Bartholomew County Courthouse, the Crump Theatre is a sentimental favorite in Columbus, but it’s going take to more than good will to save the place. The theater’s history stretches back to 1889, when J.S. Crump built an opera house onto the back of an existing building. He spared no expense, bringing in national theater firms to design the lavish interior and scenic backdrops. Over the years, the venue has hosted famous performers from John Philip Sousa to John Mellencamp.

A 1941 remodel added the Crump’s now-iconic Art Deco façade and lobby. The distinctive glass façade is still impressive, with five-foot glowing neon letters spelling out the theater’s name. But missing panels on the marquee and peeling paint suggest the more desperate condition inside, where mildew, stained wallpaper, and crumbling plaster mar the once-glamorous interior. 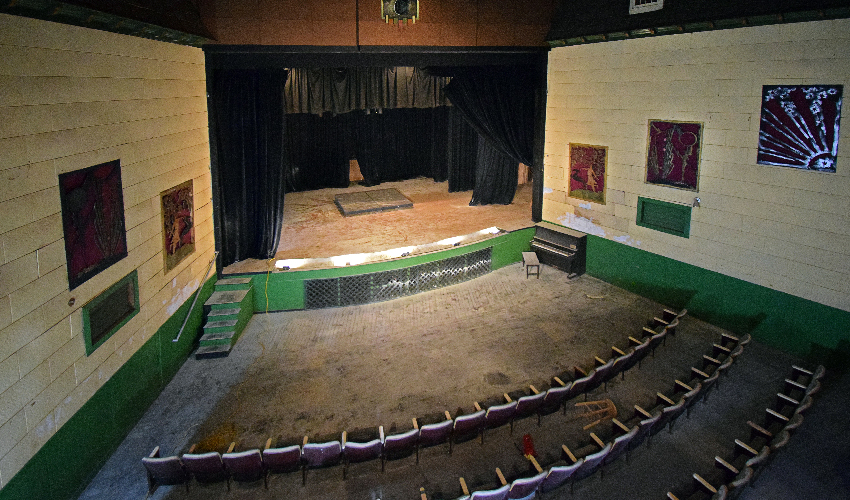 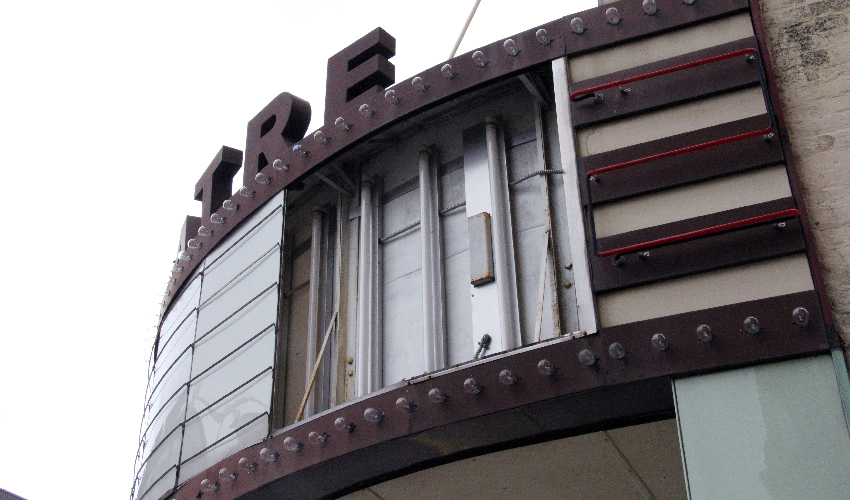 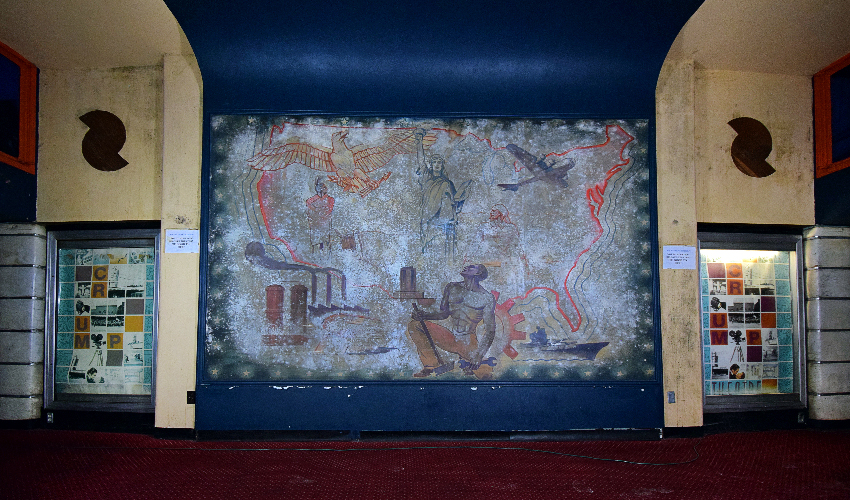 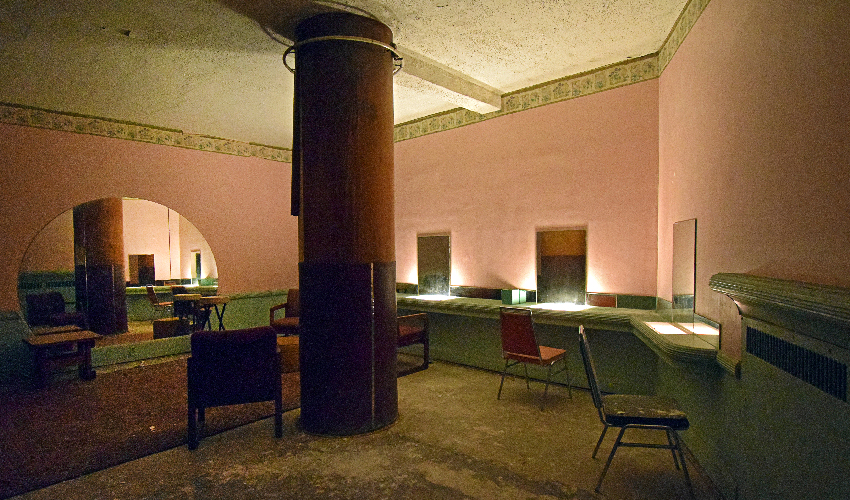 The Crump stopped showing movies in 1997, though it continued to host occasional community events until 2014, when the city fire department closed it for good, citing fire and safety hazards. The city included the Crump in a recent community plan, but the vision for its revival depends on finding a developer. Columbus Capital Foundation, the building’s owner, is reluctant to invest in rehab without a long-term plan for the building’s reuse and maintenance.