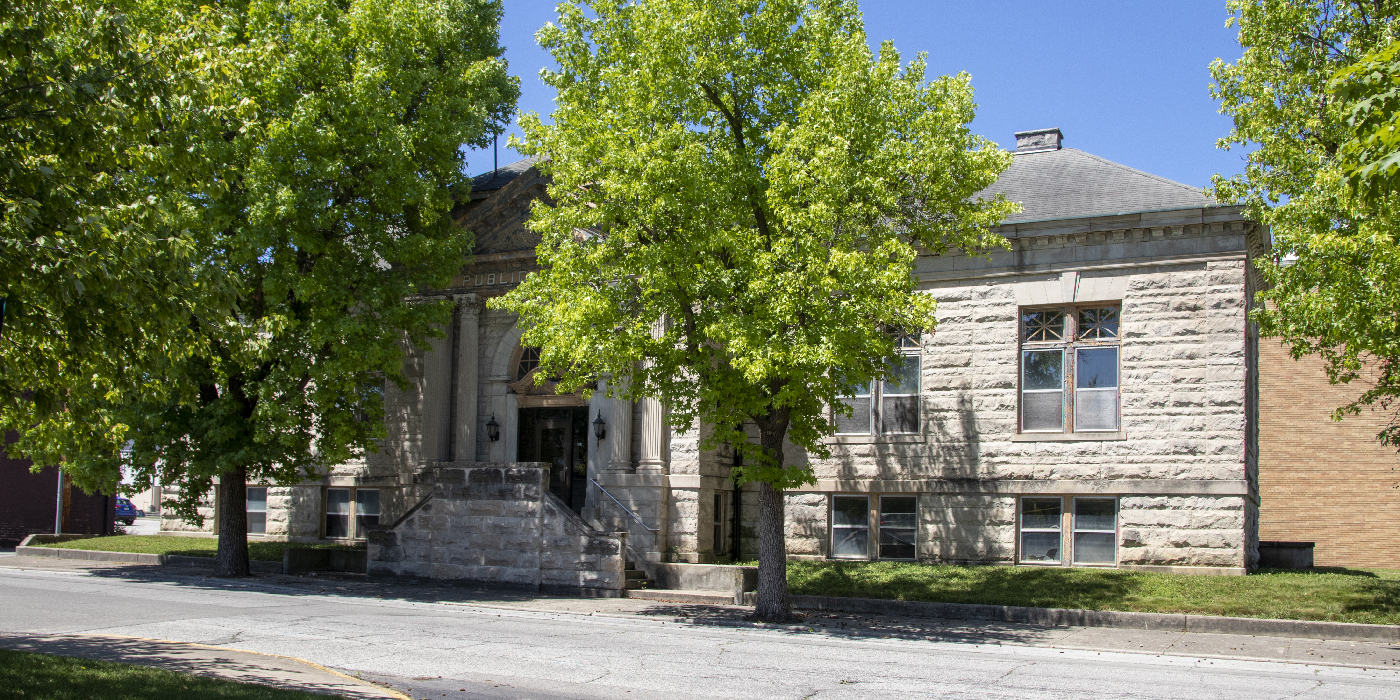 Around the turn of the twentieth century, steel magnate Andrew Carnegie offered his millions to build public libraries. Hoosiers eagerly responded and secured funding for 164 libraries, more than any other state.

The citizens of Elwood proudly unveiled their own Carnegie-funded library in 1904. Clad in an ashlar-patterned limestone veneer, the Neoclassical Revival building is an exemplar of early twentieth-century library design. Steps lead to an elevated entrance—a subtle symbol of the climb toward enlightenment—where fluted columns support a frieze emblazoned with the words “Public Library” above the door.

Inside, a large octagonal circulation desk gave the librarian on duty a commanding view of skylight-illuminated stacks and two reading areas warmed by brick fireplaces. In 1906, the Library of Congress referred the city of Boston to Elwood for inspiration in designing its own new library, citing the Elwood branch as “nearly ideal.” 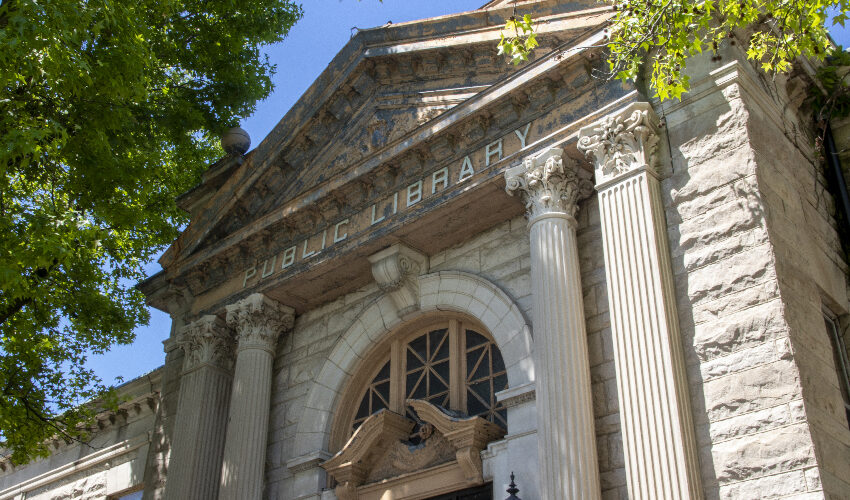 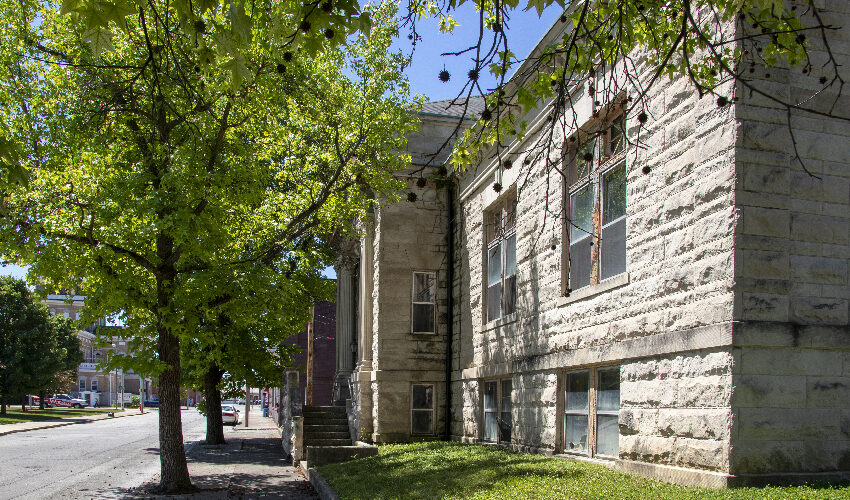 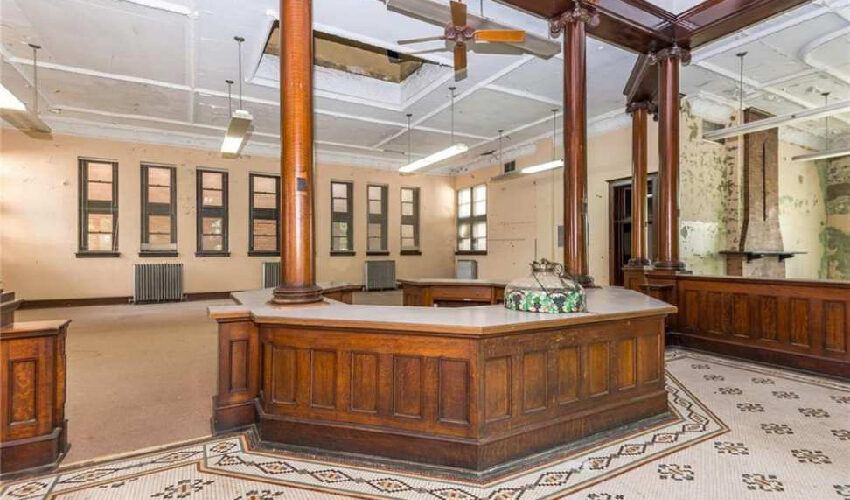 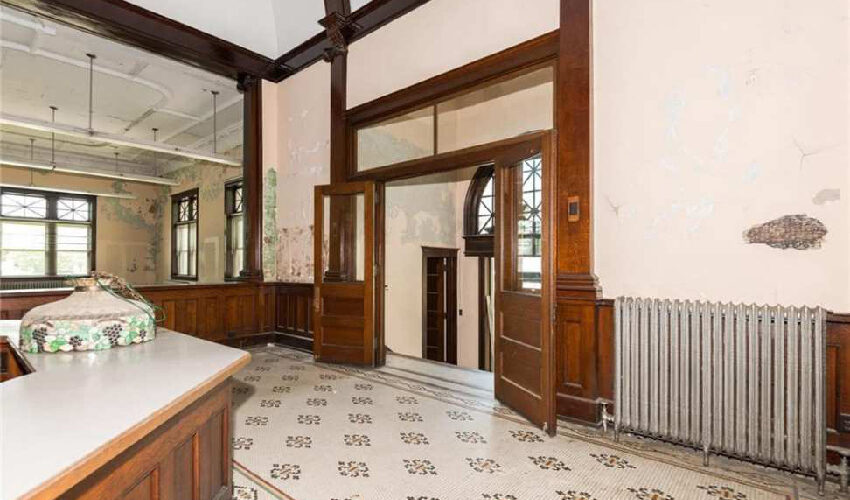 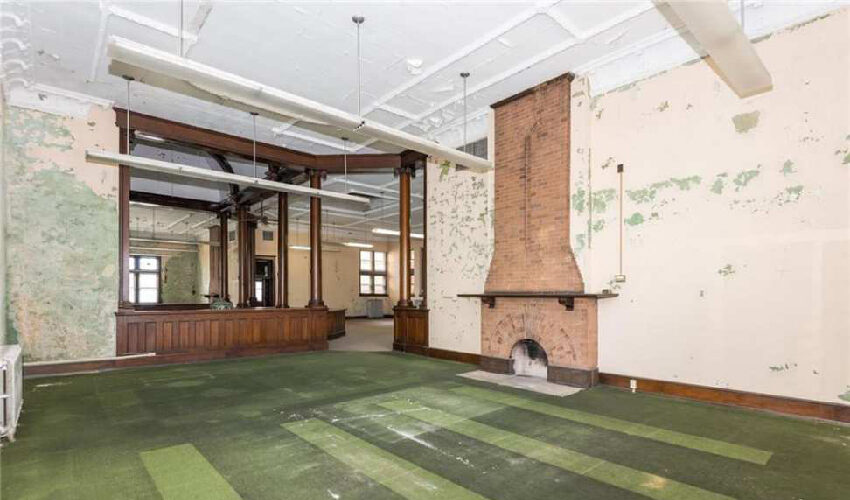 The elegant library served Elwood citizens for almost a century, until the city constructed a new larger library across the street and placed the historic building on the market in 1995. The former library has been vacant ever since. An out-of-state buyer purchased the property in 2018 but has made no significant improvements. The building remains remarkably solid, though increasing water infiltration is damaging interior plaster. With no maintenance, the deterioration will continue to accelerate, jeopardizing the library’s fine interior features.

Elwood’s Public Library system will mark its 125th anniversary in 2023, and city officials would like to celebrate by seeing the historic library saved. Unless action is taken soon, the prospect looks doubtful.