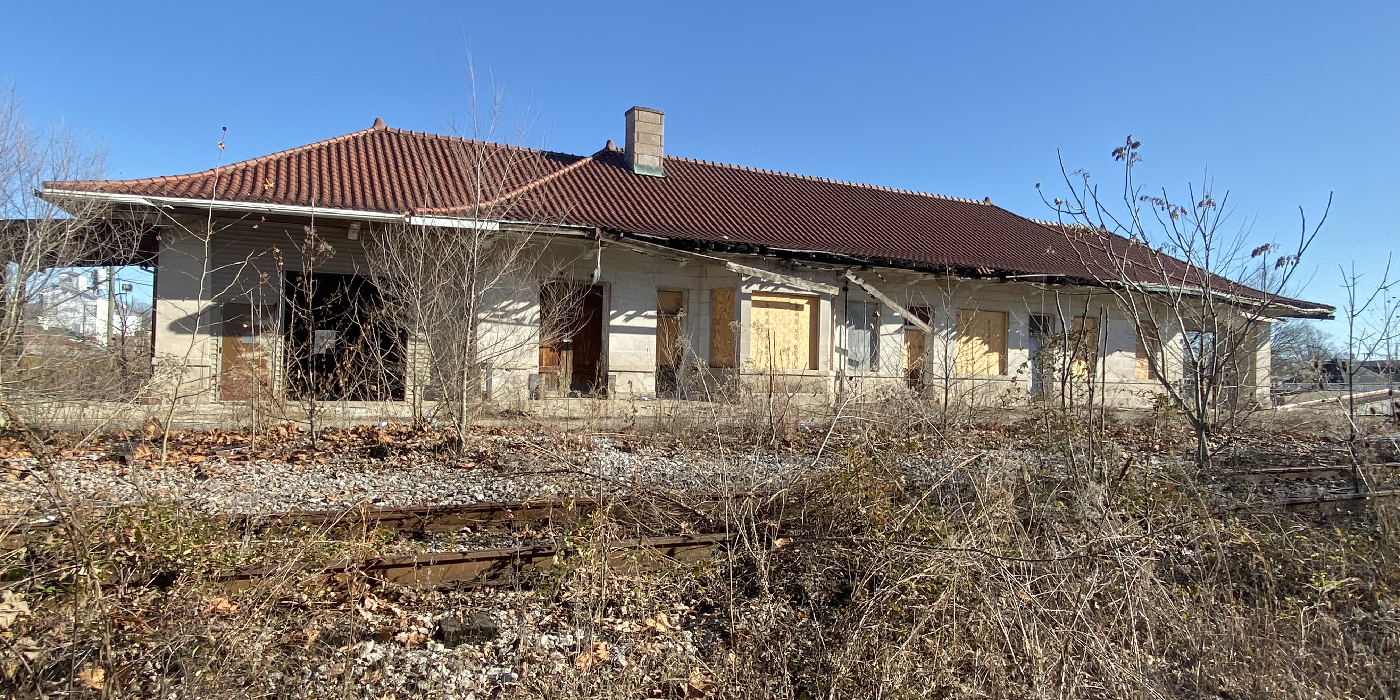 Built of sturdy Indiana limestone in 1926, Bedford’s Monon Station on J Street signaled the area’s eminence as the primary supplier of the building material favored for monuments, statues, churches, commercial, government, and other buildings nationwide. Situated at the heart of the “Limestone Capital of the World,” the depot played its own role in the story, acting as a freight station for shipping the enormous blocks harvested from local quarries. Doubling as a passenger station for the Monon Railroad, the depot also served as a backdrop for students departing for and returning from college, those heading to take the waters in French Lick, and travelers beginning the long journey to Chicago.

The Monon ended passenger service in 1967, and the Louisville & Nashville Railroad and later CSX took over operations. Lawrence County officials adapted the building for use as a recycling center in 2006. 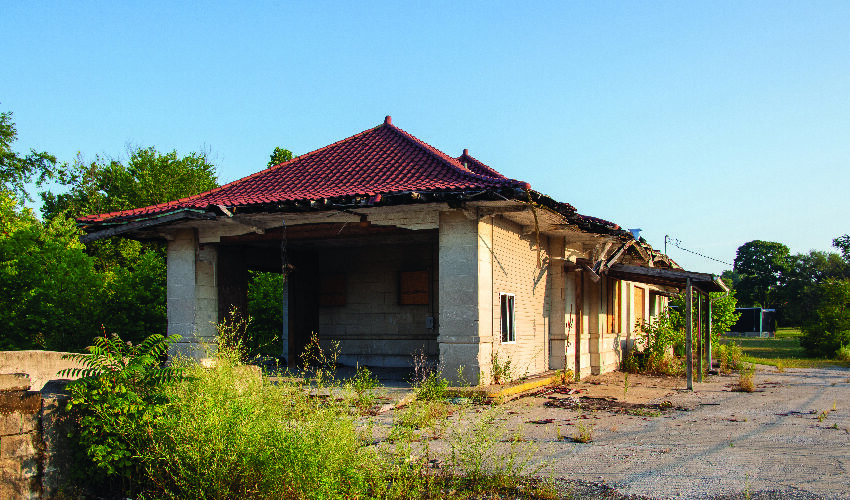 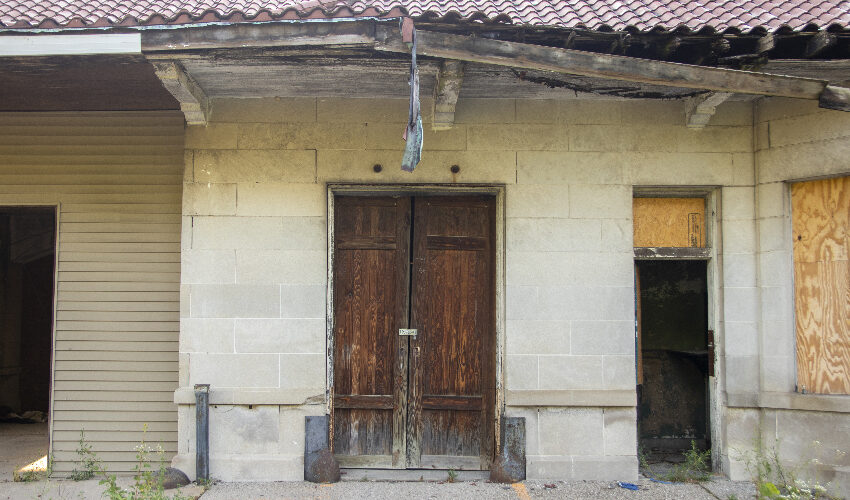 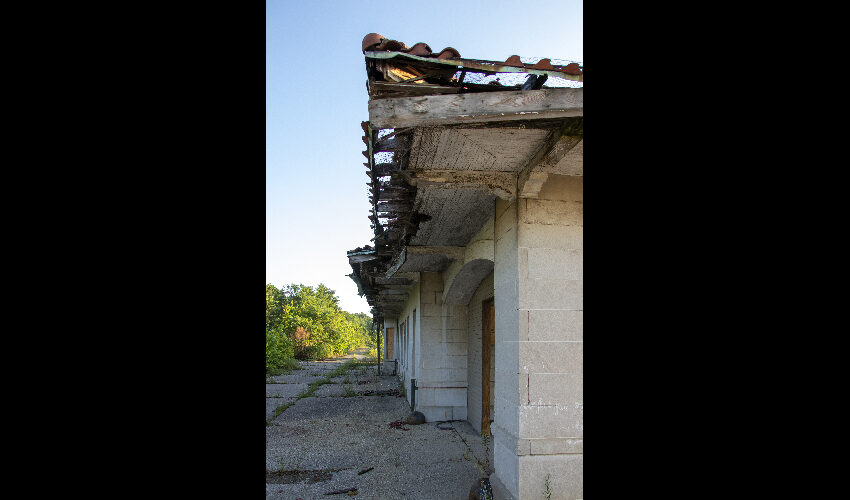 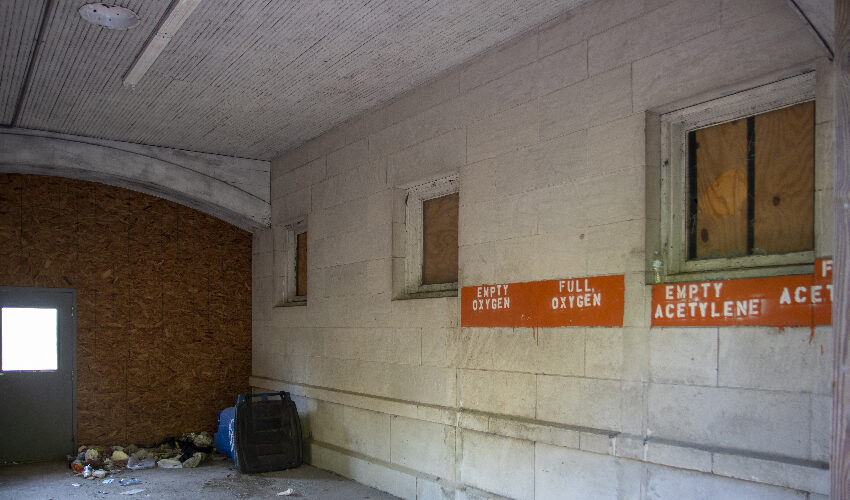 Now vacant, the Craftsman building is dilapidated and a target for vandals, and severely deteriorating soffits endanger the tile roof. Community leaders and trail advocates have expressed interest in adapting the depot as a trail head for the growing Milwaukee Road Transportation Trailway. A similar reuse helped revitalize Bedford’s historic Milwaukee Road Depot, now an information center, gathering space, and trail head for the Limestone Trail System. Given new purpose, the Monon Station could spur similar investment in the north edge of downtown, but something needs to happen soon, before further deterioration makes reuse even more difficult.