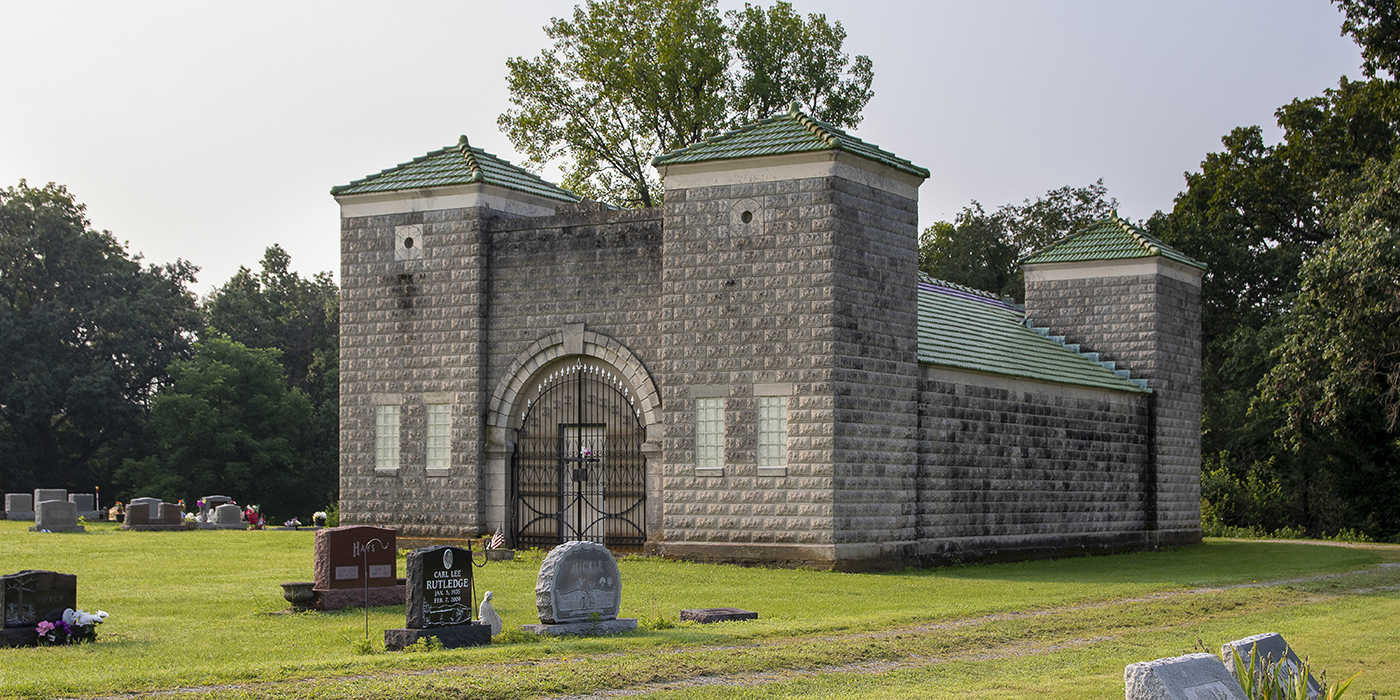 With extremely limited funds, township officials have been unable to address deferred maintenance at Oxford’s Community Mausoleum, an all-too-common reflection of similar conditions at other community mausoleums around the state.

In the early twentieth century, cities and towns around the state began building community mausoleums, promoting them as sanitary alternatives to in-ground burial. With a grid of compartments for coffins or cremated remains, these so-called “mansions of the dead” offered handsome, reasonably priced alternatives to those who could not afford a family mausoleum. Many communities regarded them as symbols of local pride.

The Oxford Community Mausoleum in Benton County’s Oxford West Cemetery is Indiana’s first and oldest still-standing community mausoleum, and the only example constructed from concrete block. Built in 1908 in the Romanesque Revival style, it mirrors a patented design by William Hood of the National Mausoleum Company, which promoted construction of community mausoleums nationwide. Glass ridge tiles on the main roof filter light into the mausoleum’s interior, illuminating the barrel-vaulted ceiling and rows of marble-faced concrete crypts. The building’s architectural significance helped it gain National Register listing in 2020. 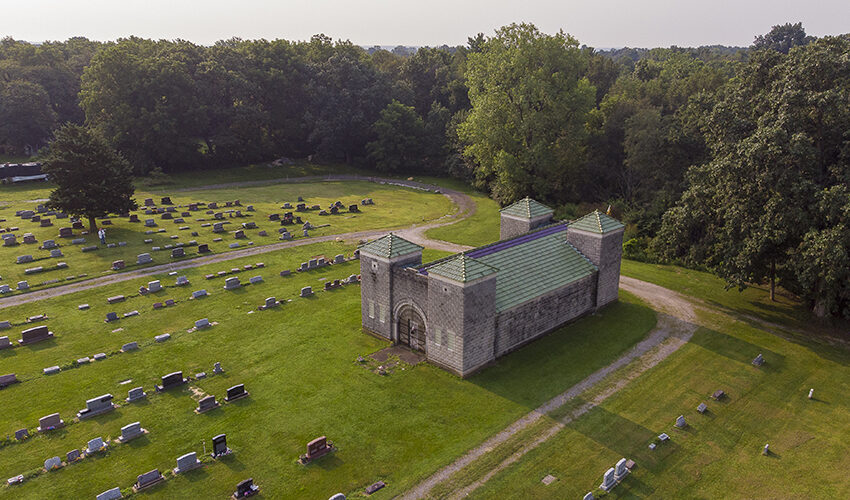 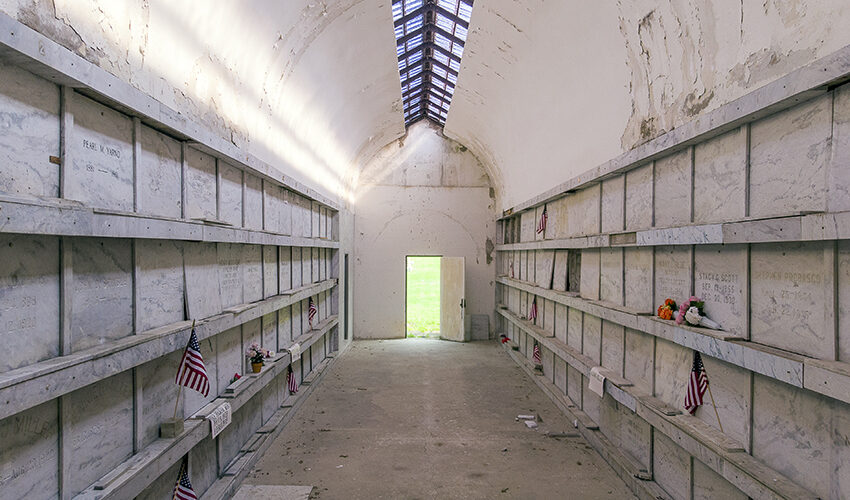 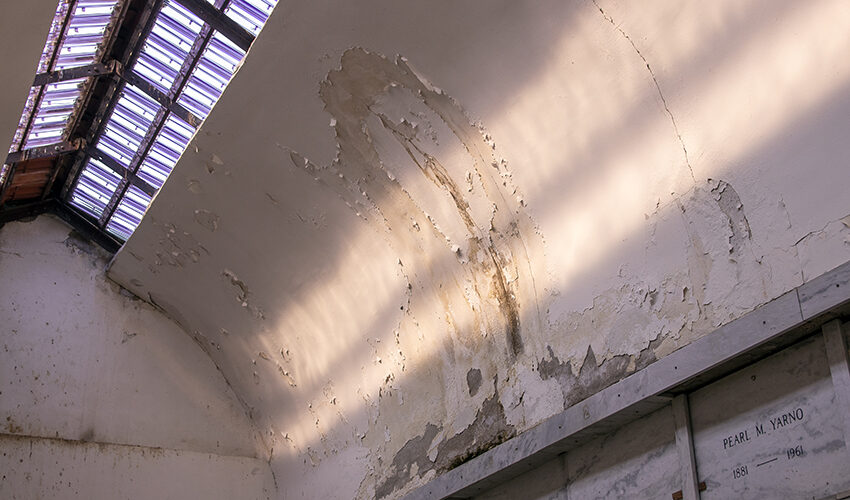 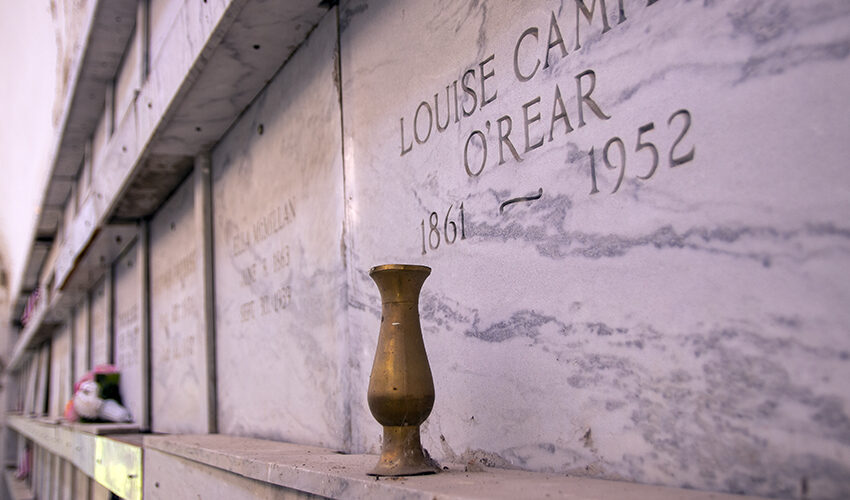 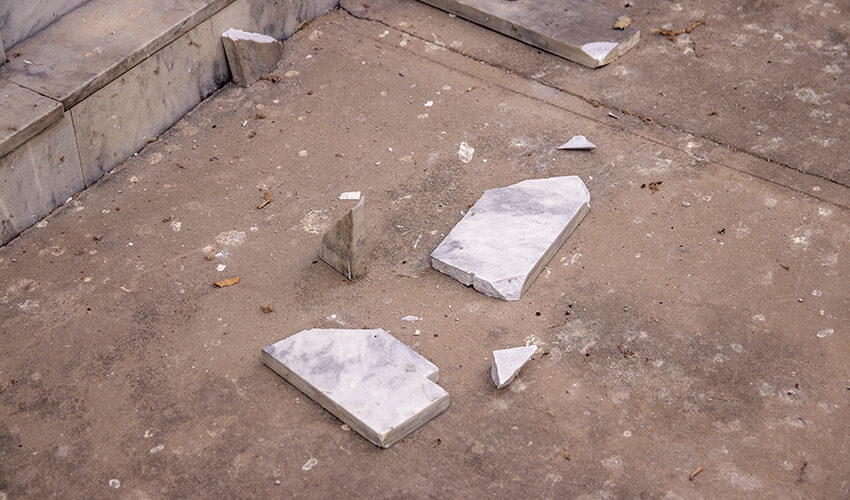 With extremely limited funds, township officials have been unable to address deferred maintenance issues at the mausoleum. Water damage is clearly visible on the exterior masonry, tile roofs, interior plaster ceiling, and marble fronts of the vaults. The structure’s plight reflects similar conditions at other community mausoleums across the state, where public funds to address renovation needs are scarce. Without the urgently needed repairs, the Oxford Community Mausoleum’s situation becomes more critical with each passing season.