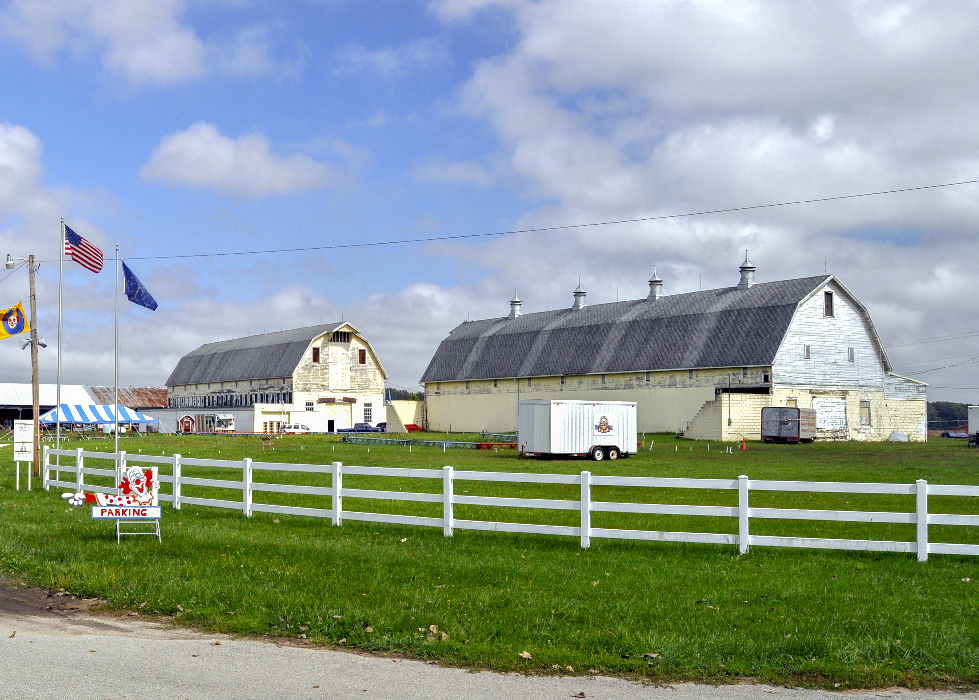 The self-proclaimed Circus Capital of the World, Peru became so synonymous with the traveling performing groups in the 1920s that it appeared on many maps as “Circus City.” Some of America’s most famous circuses wintered at a farm outside the city, a complex that once contained more than 30 buildings, including horse stables, training facilities, wagon building and repair shops, a hospital, commissary, restaurant, bunkhouses, and barns to house the menagerie. Today, only two barns and a small collection of outbuildings still stand at the former Wallace Circus and American Circus Corporation Winter Quarters, a National Historic Landmark.

Built to house elephants and cats and to store the circus’s tents and ornately carved wagons, the barns date to the 1920s, when American Circus Corporation established its winter quarters on the former Ben Wallace Circus property three miles east of Peru. Today, the farm is owned by the International Circus Hall of Fame. 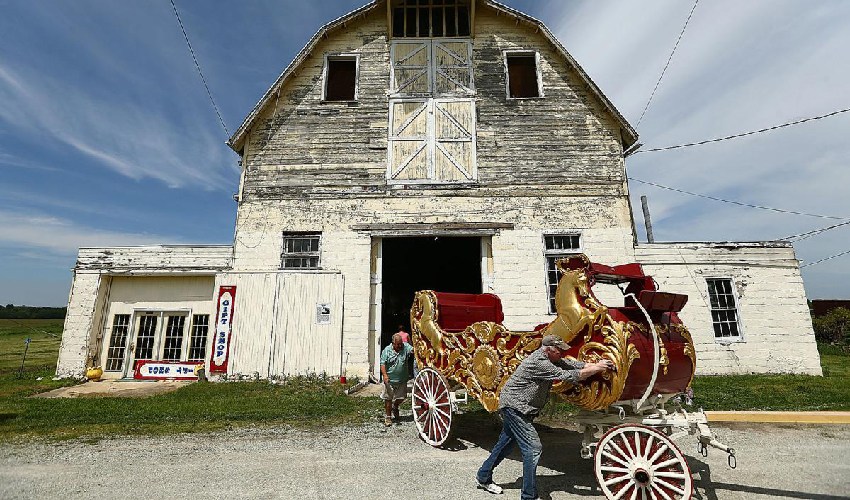 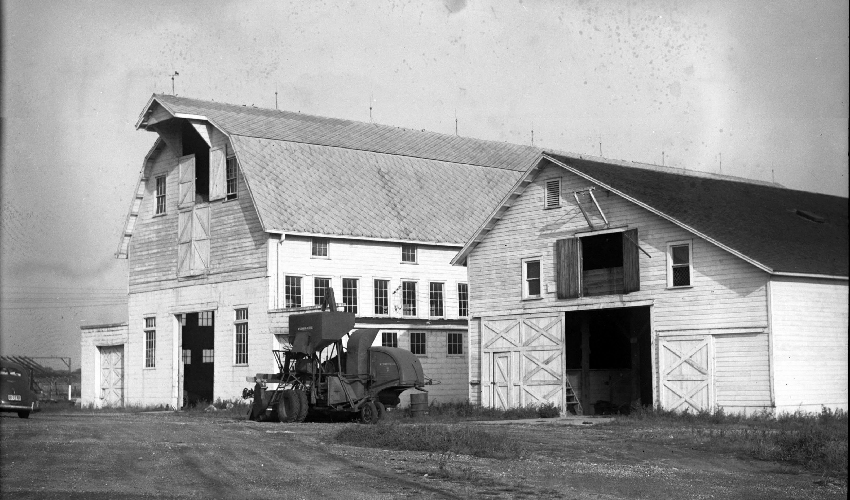 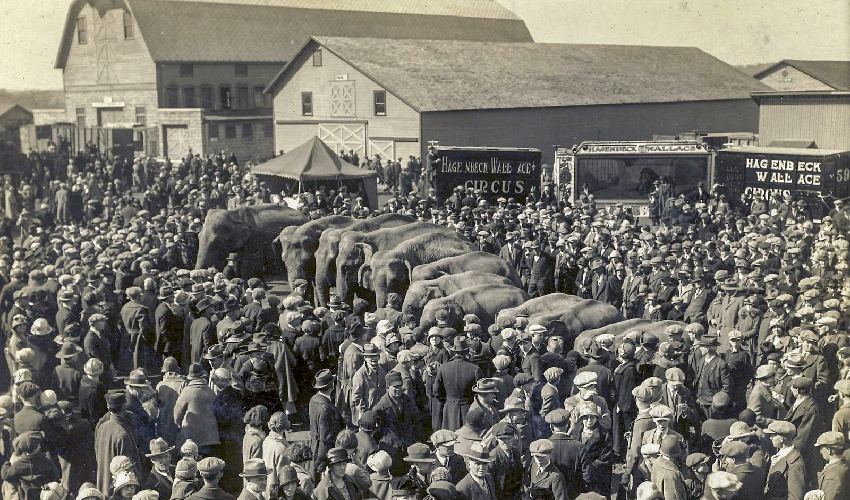 Leaky roofs endanger both barns and the invaluable collection of circus artifacts they house, including vintage circus posters, photos, costumes, circus wagons, and a miniature replica of the 1934 Hagenbeck-Wallace Circus. The Hall of Fame has started raising money to repair the barns, but the necessary work comes with a hefty $1 million price tag, a challenging fundraising goal for the nonprofit organization. With the impending demolition of the nearby Terrell Jacobs Winter Quarters along US 31, the need to save this last tangible piece of Peru’s circus heritage becomes even more urgent.