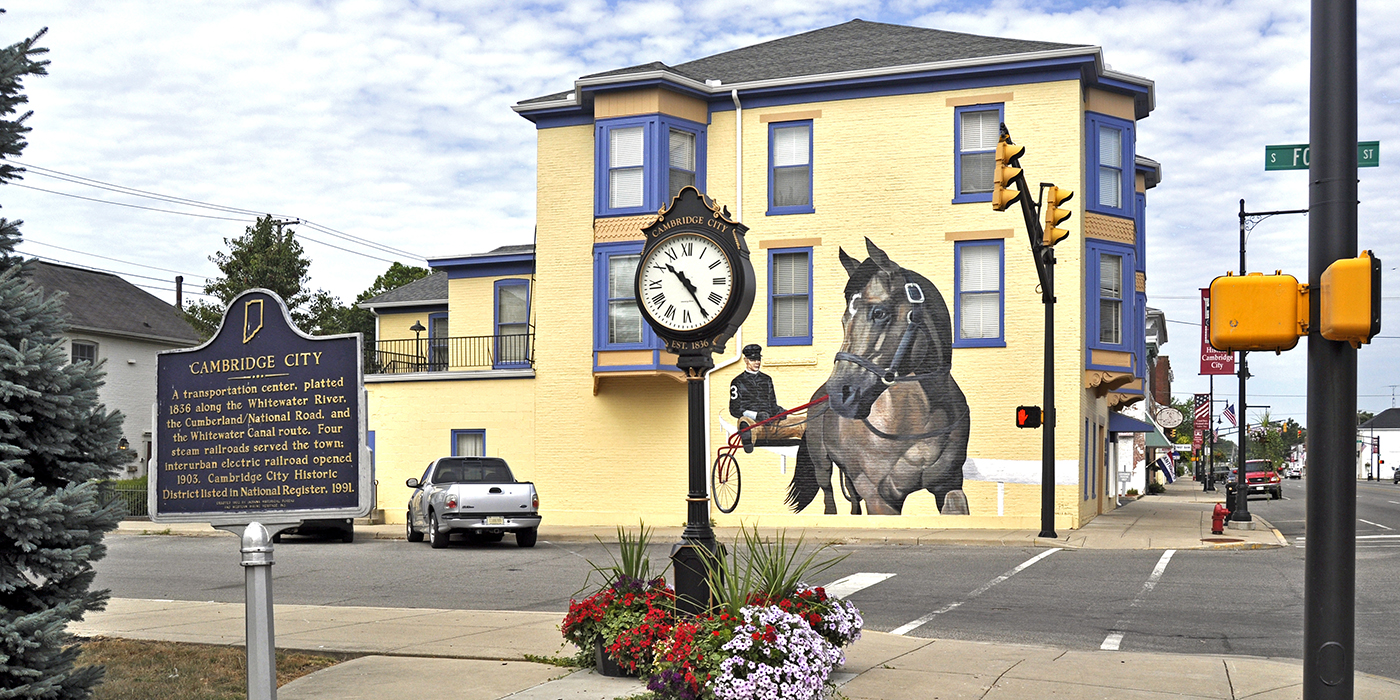 The Whitewater Canal — a part of the canal network that was going to transform Indiana in the 1830s but nearly bankrupted it instead — came through Cambridge City. The town already had the National Road (US40), the first cross-country highway, doubling as its Main Street. The legacy of these early transportation routes is wonderful early architecture and a charming small town.

Capitalizing on its heritage, the town’s cottage industry is antique shops – more than a dozen of them. One occupies the Vinton House, a hotel built in 1847 at the former intersection of the National Road and the Whitewater Canal. Today, Vinton House Antiques operates on two floors, offering primitives and works by local artisans.

Check out Log House Antiques, also on the National Road. The 1830s log house kept getting hit by cars in its original location on the National Road three miles away. Long-time Indiana Landmarks members Jill and Jim King moved it into town — still on the National Road — where cars no longer crunch the logs. The restored building gives you a picture of an earlier way of life, and Shane Hawkins’s primitive antiques supplement the draw. 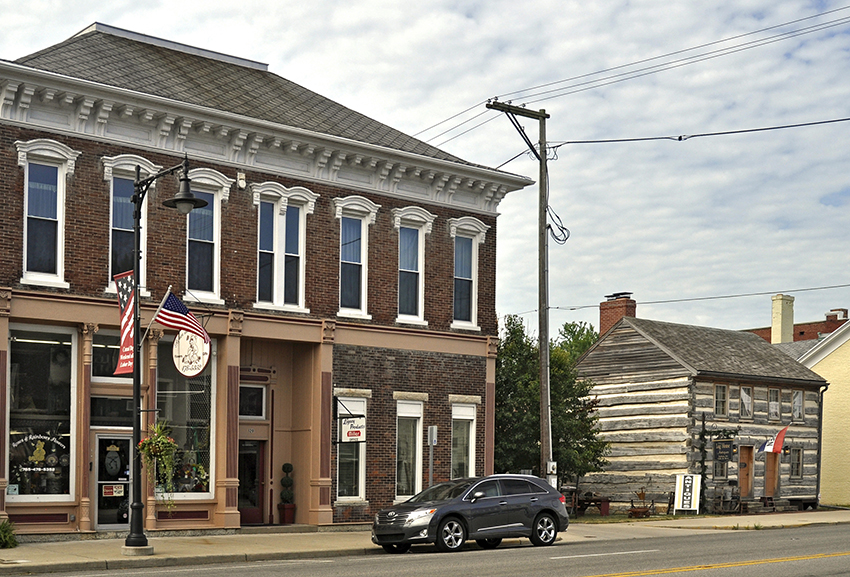 You might not think to visit the library, but you should. It houses the Overbeck Pottery Museum. From 1911 to 1955, six sisters operated the Overbeck Pottery, nationally recognized as art pottery. (Maybe you’ll find a piece or two in the antique shops to take home.)

Cambridge City’s range of dining options — all in landmark buildings — run from steaks at the No.9 Grill in a restored Knights of Pythias lodge hall, to lunch and ice cream in a National Road storefront at Main Street Sweets, and burgers, fries, and milkshakes at the Hilltop Drive-In.

Don’t miss the Huddleston Farmhouse, built in 1841 and owned by Indiana Landmarks. You can tour the site, which includes exhibits interpreting the history of the National Road, open by appointment. 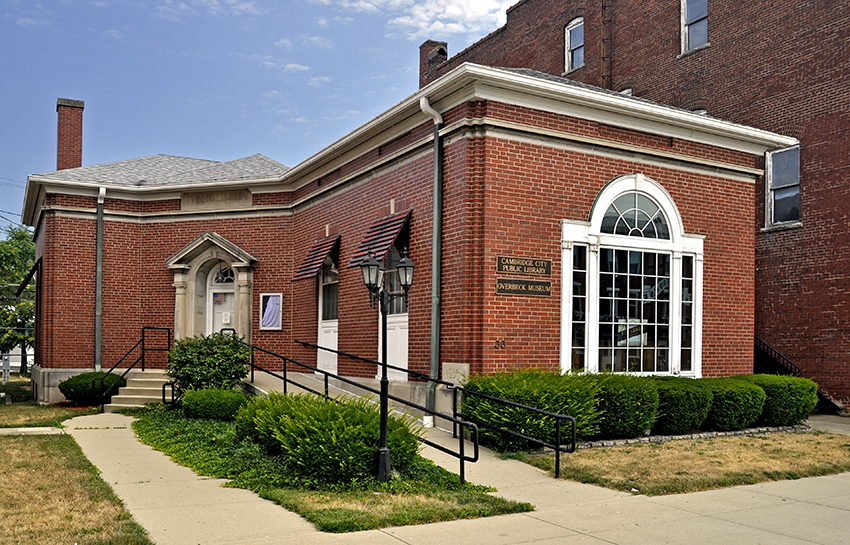 Canal Days, a local festival, occurs each September and functions as old-home week, when people who left town return to visit, watch the parade, attend high school reunions, fill up with pie and ice cream, check out the antique car and tractor show, take in the haunts and history tour, and shop for flea market finds.

You’ll have to look hard to find evidence of the canal, long-since filled in along with most of Indiana’s canals (you can find exceptions in Indianapolis, Metamora, and Delphi). There’s a section in a front yard on Center Street and a stone arch near the Vinton House where the canal passed under the National Road. It doesn’t matter, because the town itself is the artifact worth exploring, walking through its historic residential areas and along the National Road.