Each year we announce our 10 Most Endangered list of buildings and other places around Indiana at risk of being demolished or of crumbling in obscurity. We do this to draw attention to their plight, and in hopes of attracting new owners, developers, or community groups who will commit to restoring or repurposing them and maintaining their singular appeal.

With the help of these partners, and with your support, we’ve secured the futures of the formerly endangered places you see here. 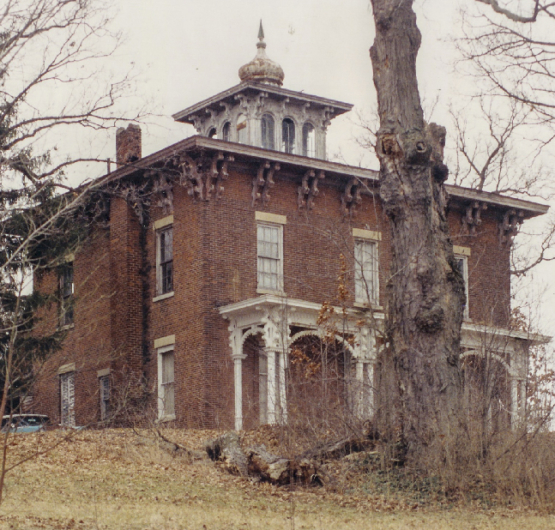 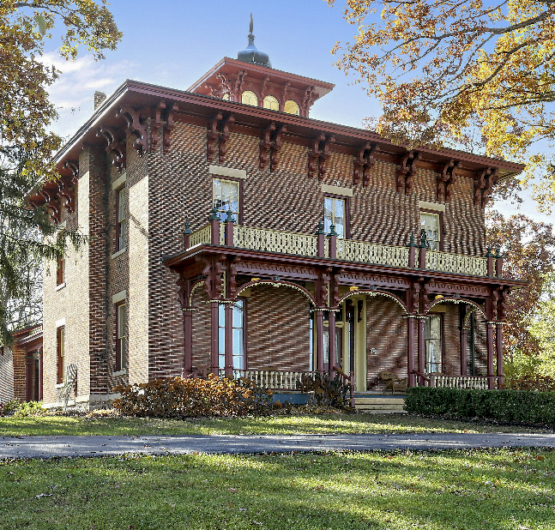 In late 1990s, Historic New Carlisle, Inc., tackled the town’s biggest preservation issue—the condemned Jeremiah Service House, built in 1860 and known as Old Republic. The Italianate-style house with an onion-domed cupola sited atop a hill had suffered 30 years of vacancy under owners who didn’t spend a dime on the place, and then installed a used car lot in the front yard. The roof was bad, the windows broken, features stolen, vandalized inside and out.

Indiana Landmarks included Old Republic on the 10 Most Endangered list in 1998, galvanizing the community. We supplied a legal defense fund grant that helped Historic New Carlisle become the court-appointed receiver of the property and a loan to buy the 5,000-square-foot house.

Years of fundraising and volunteer labor later, the restored Old Republic, showing no sign of the decades of abuse, functioned as a community event venue and B&B, with a small history museum. Happy end of story?

Yes and no. Historic New Carlisle looked at its mission to preserve historic buildings and educate the public and decided it had become too focused on one building. The group listed Old Republic for sale, so it can move on to restore a downtown building and expand the museum. 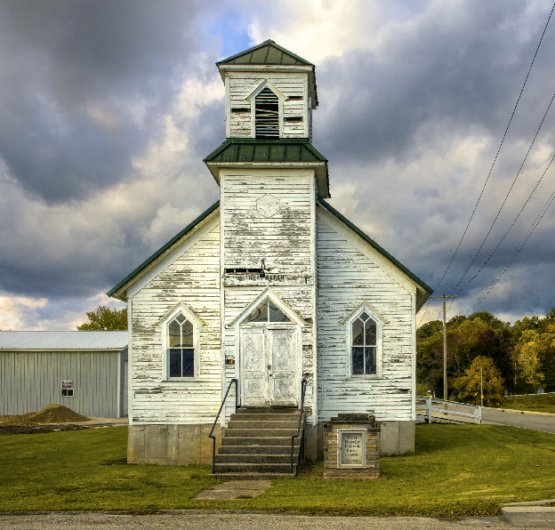 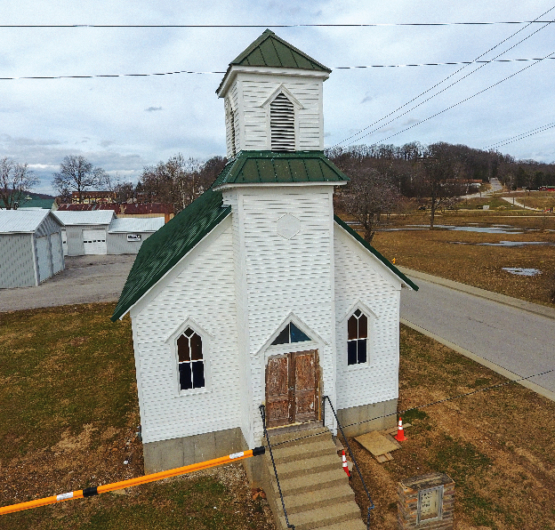 First Baptist Church, locally known as the West Baden Colored Church, went on the 10 Most list in 2014. The once robust congregation of African Americans who worked at the French Lick and West Baden Springs hotels had dwindled to a single soul who gave the 1920 church to the local historical society. When the society disbanded, the town inherited the deteriorating structure and tried without success to sell it.

Our 10 Most listing drew the attention of the Indiana Missionary Baptist Convention which made a deal with the town: the convention’s Southeastern District paid $1 for the landmark and pledged to restore it within seven years. The transformation, largely powered by volunteer labor, is well underway. 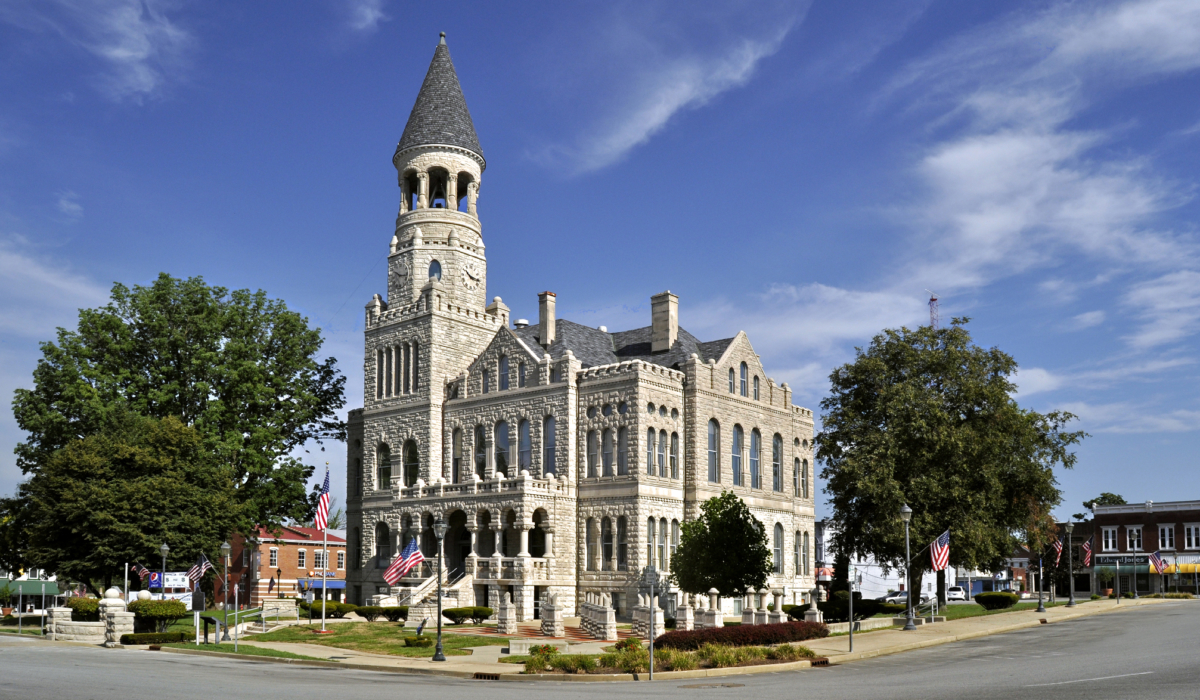 Washington County’s 1888 courthouse dominates Salem’s National Register-listed square, its soaring limestone clock tower visible for miles in every direction. The tower has been the source of urgent worry for county officials and preservation advocates for decades. Lightning struck the tower in 1934, sparking a fire. Ill-conceived repairs at the time trapped water in the stone and caused deterioration over the intervening decades, making the tower unstable. Chronic roof and masonry leaks added to the problem, an ongoing concern that landed the courthouse on Indiana Landmarks 10 Most Endangered list for two years.

Galvanized by the 10 Most status, county officials hired Arsee Engineers of Fishers and RATIO Architects of Indianapolis to assess the courthouse and develop a prioritized list of repairs. With tower and roof work at the top of the list, Washington County Commissioners selected General Restoration Corporation of Columbus, OH, to complete clock tower stabilization, stone masonry work, and roof repairs. Exterior restoration is the first of many improvements planned for the Romanesque Revival landmark. RATIO recently completed a study to recommend more efficient use of interior space, as well. 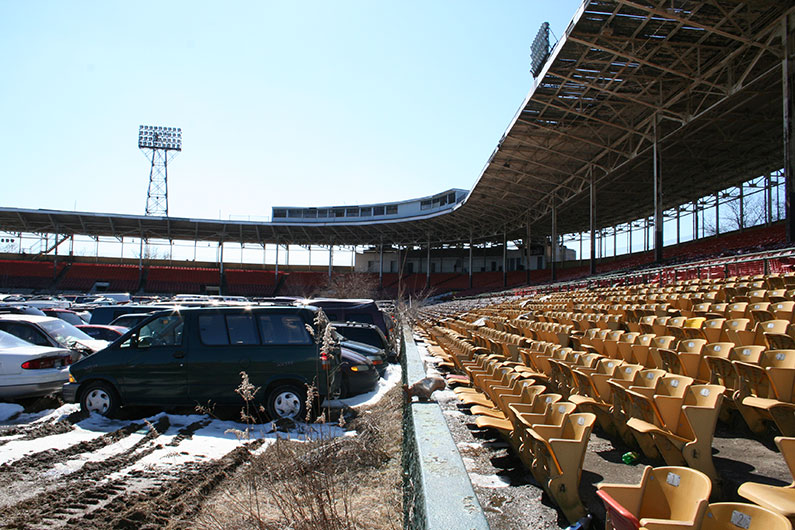 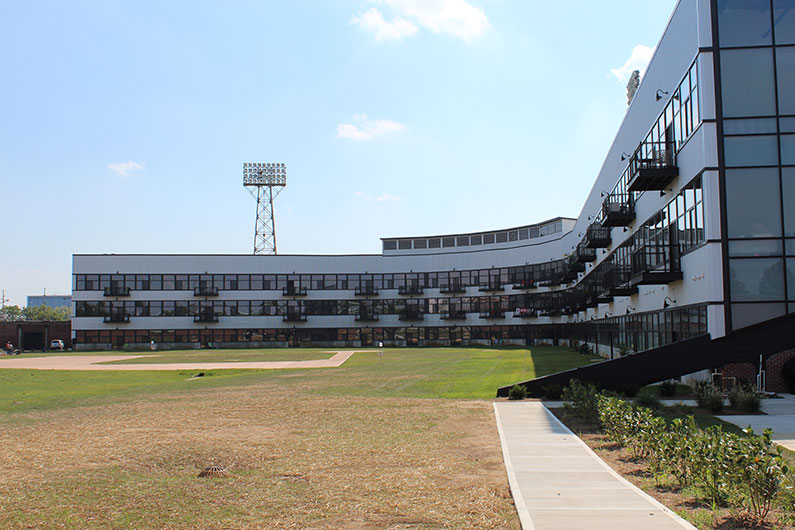 Bush Stadium, built in 1931, was one of the greatest minor league parks in the nation, home to the Indianapolis Indians, and host to significant Negro league teams. Designed by Pierre and Wright, the stadium boasts an Art Deco entry pavilion, handsome architectural detailing, with stands that held 12,000 fans under full roof. In the 1980s, Bush stood in for Comiskey Park and Crosley Field in the movie Eight Men Out.

After the Indians moved downtown to Victory Field in 1996, Bush Stadium sat empty and deteriorating. It spent three years on our 10 Most Endangered list beginning in 2008, after the city proposed demolishing the stadium. “Cash for clunkers” vehicles made the entire field an auto graveyard.

A last-minute save arrived after Indiana Landmarks teamed with our former chairman, John Watson of Core Redevelopment, to present a redevelopment plan to a city task force. The task force voted for his proposal, turning the landmark into the Stadium Lofts apartments while preserving key historic elements, including the Art Deco entrance and the diamond, reused as green space. The lofts opened in 2013 and filled immediately. 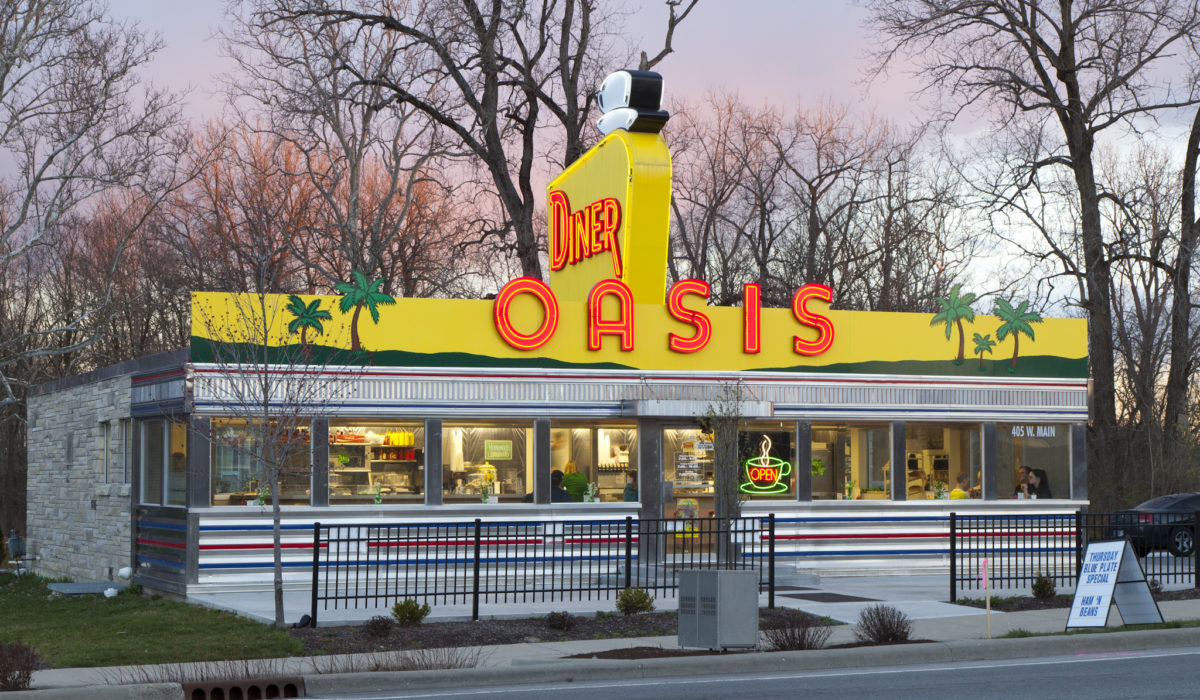 In the mid-twentieth century, 5,000 roadside diners were favored stops for blue-highway motorists but now they’re a disappearing breed of landmark, rendered obsolete by fast-food chains, urban sprawl, and interstates. The Plainfield diner arrived by rail from its New Jersey manufacturer in 1954, a Streamline Moderne-style beauty with a coffee cup sign and pink tile interior.

After the health department closed the restaurant, citing structural deterioration, it landed on our 10 Most Endangered list in 2010. The large parcel it occupied was priced far too high for anyone interested buying it to operate the diner.

Owner Wally Beg donated the diner to Indiana Landmarks, and we used a $15,000 grant from the Efroymson Family Fund of the Central Indiana Community Foundation to fund the diner’s move to a site still on the National Road in Plainfield. We sold the structure with our protective covenants to developers Doug Huff and Don Rector, who moved, refurbished and reopened as the Oasis Diner—the original name—at 405 W. Main St. in Plainfield in 2014.

Oasis features the usual diner fare—burgers and tenderloins, fries, wedge salad, shakes, malts, pie a la mode—but with a few modern updates: for your burger, you can choose among six sauces, including Asian Thai and Garlic Mayo.