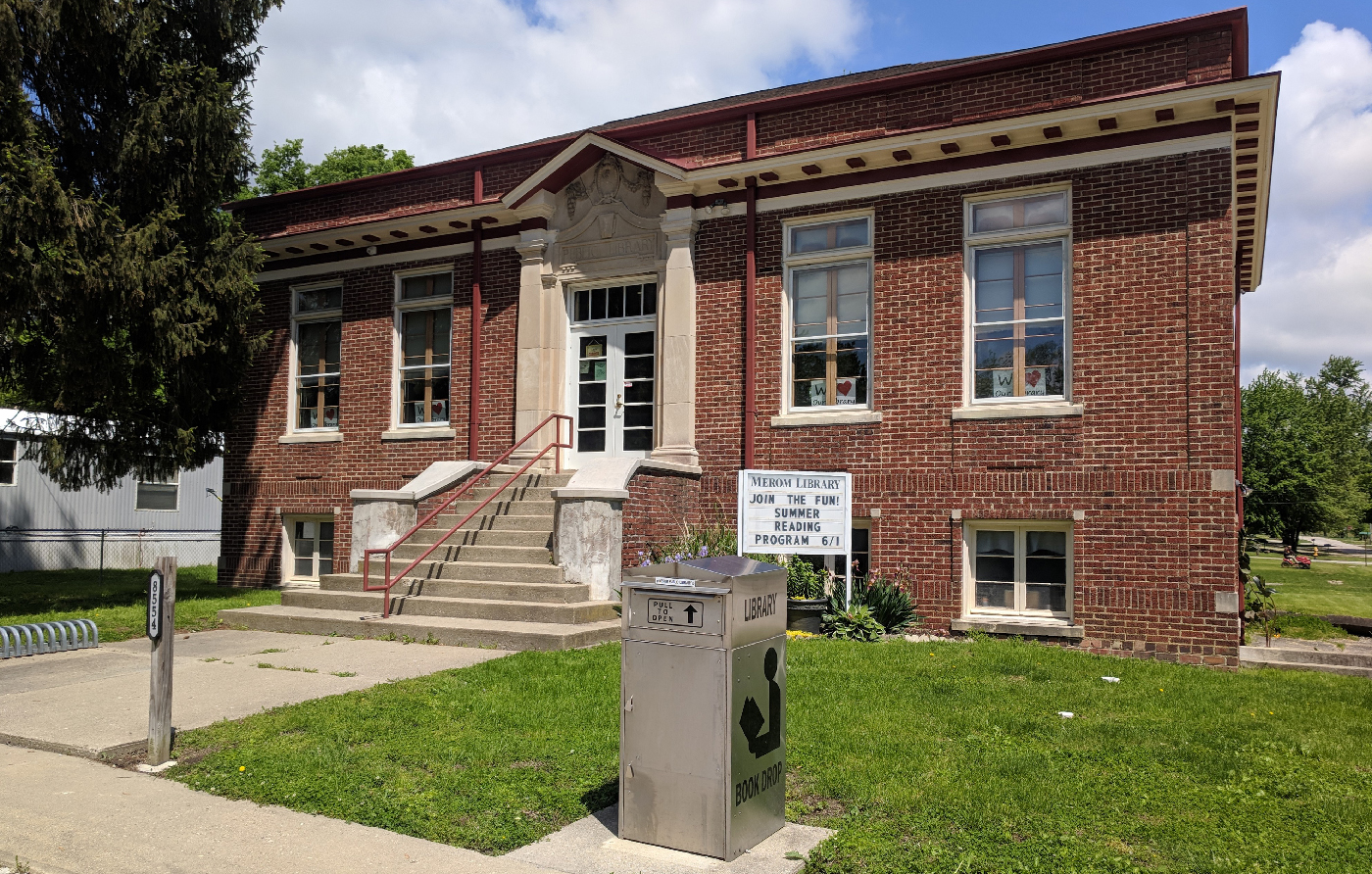 An Emphasis on Education

Around the turn of the twentieth century, steel magnate Andrew Carnegie offered his millions to build public libraries. The grants sparked a “library boom” in Indiana, where Hoosiers secured funding for 164 libraries, more than any other state. One of those libraries—Sullivan County’s Merom-Gill Township Carnegie Library—recently earned listing in the National Register, a move that library officials hope will help promote awareness of the area’s history.

From its founding in 1816, Sullivan County placed an emphasis on public education. Legislation establishing the county included a tax to fund public libraries, the first of which opened as early as 1821. College Hall at Union Christian College—Indiana’s first co-educational university and, until recently, Merom’s only National Register-listed building—opened in 1862. The college eventually became the Merom Institute, an organization dedicated to the cultural and intellectual enrichment of rural areas. Today it is home to the Merom Camp and Retreat Center.

That progressive education philosophy dovetailed perfectly with Andrew Carnegie’s initiative, and the county leveraged the program to build libraries in three communities. Today, one of those towns, Merom, is the smallest town in Indiana—and one of the smallest towns in the country—to boast a Carnegie-funded public library.

Built in 1918, the Merom-Gill Township Library, is an example of the “type A” standardized design recommended by Carnegie’s secretary James Bertram in his Notes in the Erection of Buildings, a two-floor layout for small rectangular library buildings.

Motivated by the building’s history, the board of the Sullivan County Public Library sought help from Indiana Landmarks to list the Merom branch in the National Register. Staff from our Western Regional Office prepared the nomination, and the Merom library was officially listed in April 2019.

“Merom itself is a historic town, as it served as Sullivan County’s first county seat,” says Jordan Orwig, director of Sullivan County Public Libraries. “This national distinction for the library is just one more aspect that sets it apart.” To learn more about the Merom Public Library, visit https://www.sullivan.lib.in.us/.