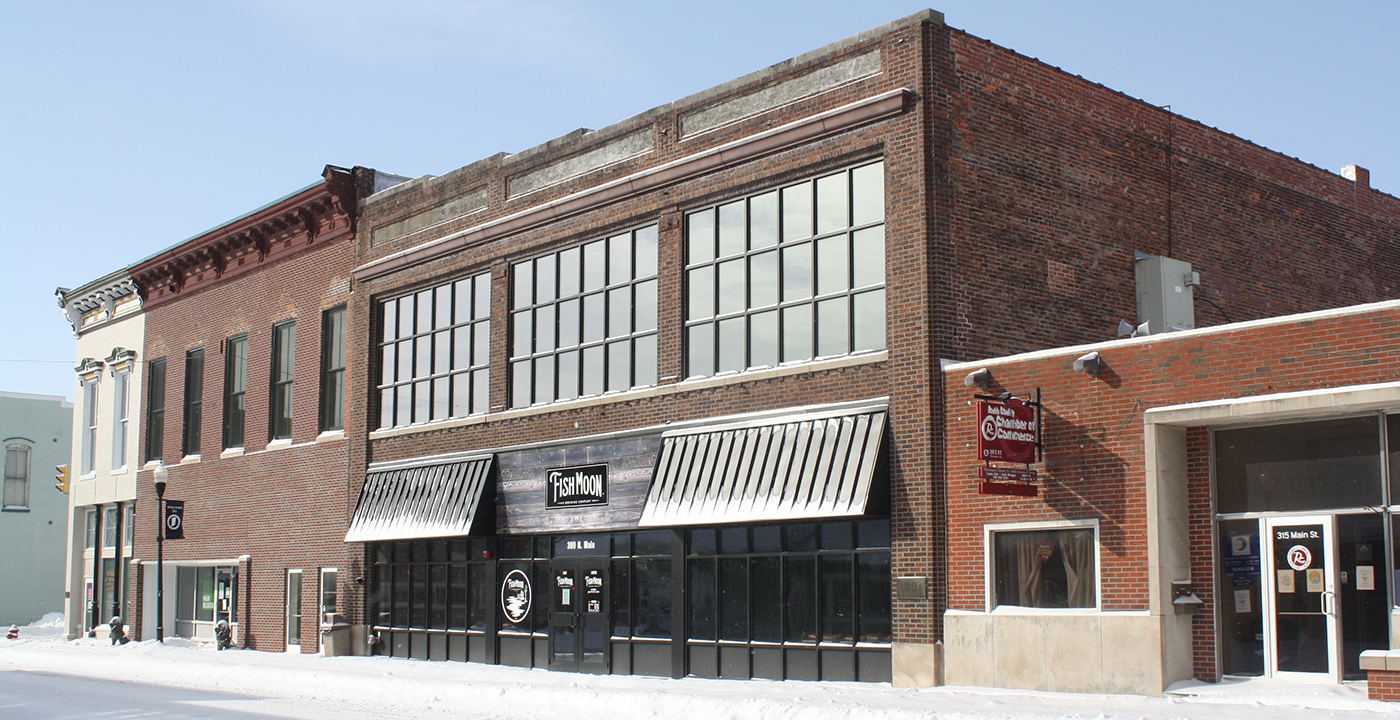 When home-brewer Thomas Tetrault began thinking about scaling up his craft, he imagined opening a brewpub in his hometown of Yorktown. However, the birth of his fourth child quickly shifted his focus to Rushville, nearer his wife’s family. Not long after, a serendipitous meeting set Tetrault on the path to his first commercial venture, Fish Moon Brewing Company, in the heart of historic downtown Rushville.

In 2018, the City of Rushville acquired the commercial building at 309 N. Main Street. Built in 1910, the building served as a furniture store for more than 100 years, occupied since 1935 by Taff Family Furniture. After the business relocated, city officials hoped to attract an eatery to the vacant downtown space, located within the Rushville Commercial Historic District. So, when Tetrault met John McCane, director of Rush County’s Economic and Community Development Corporation, at Rushville’s first “Libations by the Levee” event in 2019, it proved to be a match made in heaven.

Through a build-operate-transfer agreement, the city agreed to complete exterior rehab of the building and white-box the interior space. The public-private partnership allows the city to maintain ownership of the building, while Tetrault installs and operates the brewery.

Although the pandemic limited the scope of the brewery’s opening, Fish Moon began offering Growler Hours in early April 2020, curbside fill-ups so curious customers could try out some of the brewery’s first beers. Since then, Fish Moon has been able to open its doors and welcome patrons into the refurbished pub area on a limited basis. The brewery now has nine beers on tap, and still offers growler fill-ups. For more information, visit www.fishmoonbrew.com.