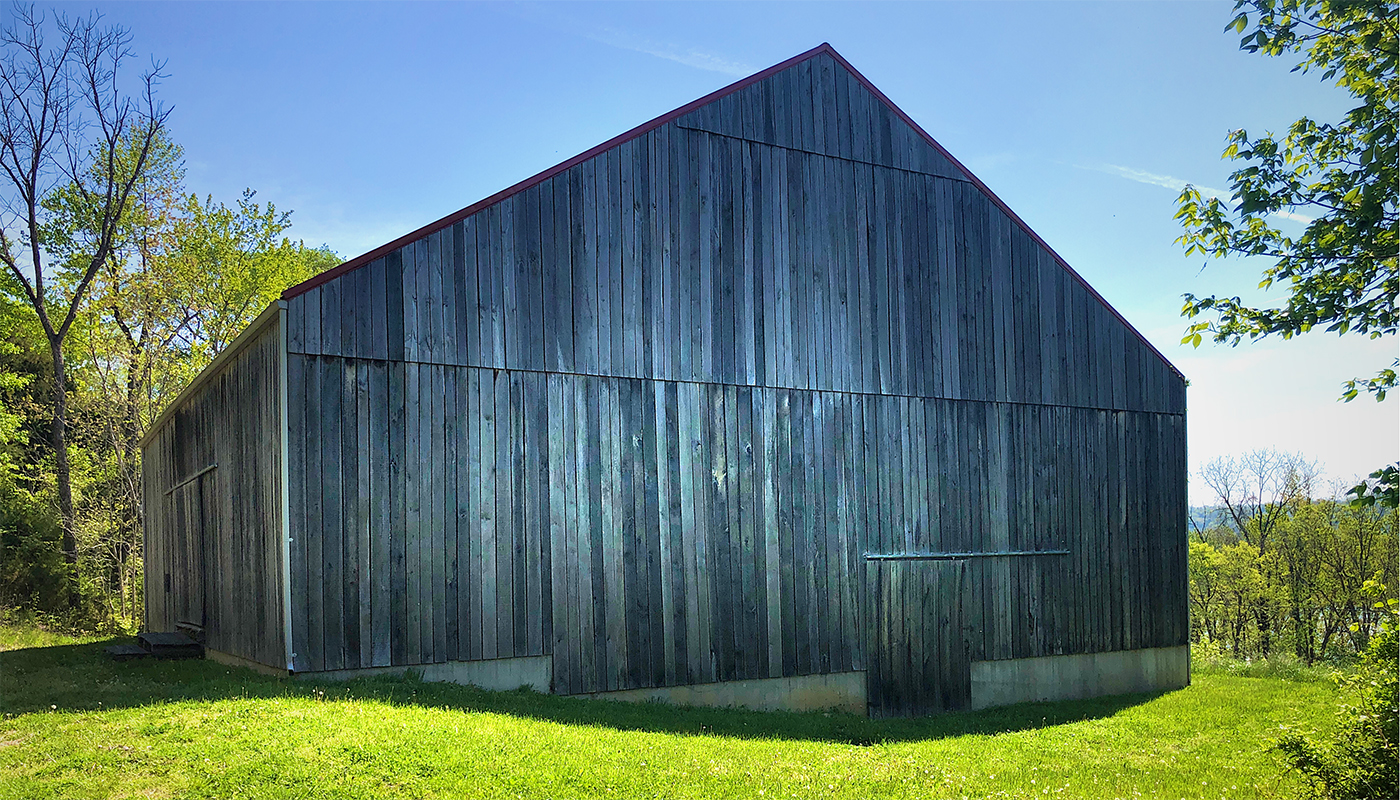 The Thiebaud Farmstead's historic hay press barn was relocated to the site from another property nearby. (Photo: Jarrad Holbrook)
POSTED ON April 29, 2021 BY Indiana Landmarks | News

When the Thiebaud Farmstead reopens to the public in June after a long COVID shutdown, visitors to the historic site in Vevay will be able to enjoy a new vantage on a piece of nineteenth-century technology that revolutionized agriculture and fueled the region’s economy into the late 1800s.

Justi Thiebaud, whose parents immigrated to the area from Switzerland, and his wife, Mary, built the farm’s two-story Greek Revival house overlooking the Ohio River in the 1850s. Multiple outbuildings dotted the property, including a large barn housing a hay press. Invented by a Switzerland County man in 1843, hay presses used horses or mules to power a pulley system, turning a giant screw to press loose hay into massive bales for transport. In the mid-1800s, the county’s proximity to the Ohio River and Cincinnati positioned the area to be a top hay exporter. At one time, more than 200 hay presses operated in Switzerland County, but only four remain today. 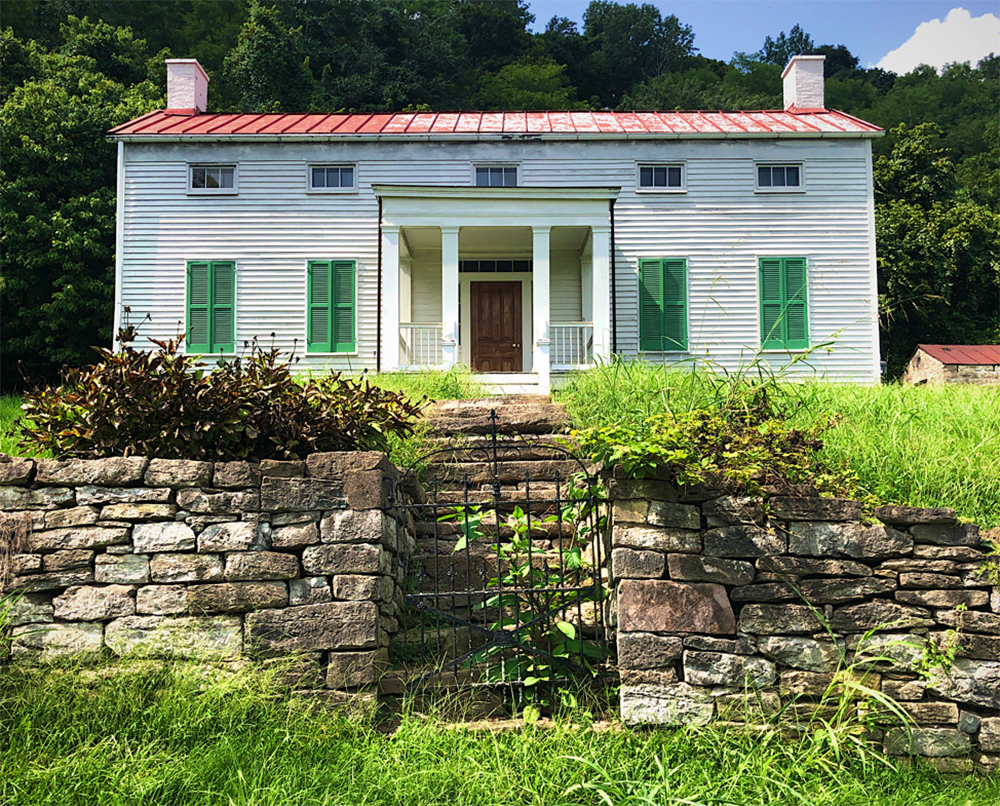 Showcasing the local technology became a focus for the Switzerland County Historical Society, which operates the Thiebaud Farmstead, in 2016. Though the farm’s original barn remained, the hay press was gone. The group acquired another barn and intact hay press from another property nearby and relocated them to the farmstead. Volunteers and carpenters reassembled the barn at the Thiebaud property and installed the reconstructed press, now one of the country’s few operational historic hay presses. 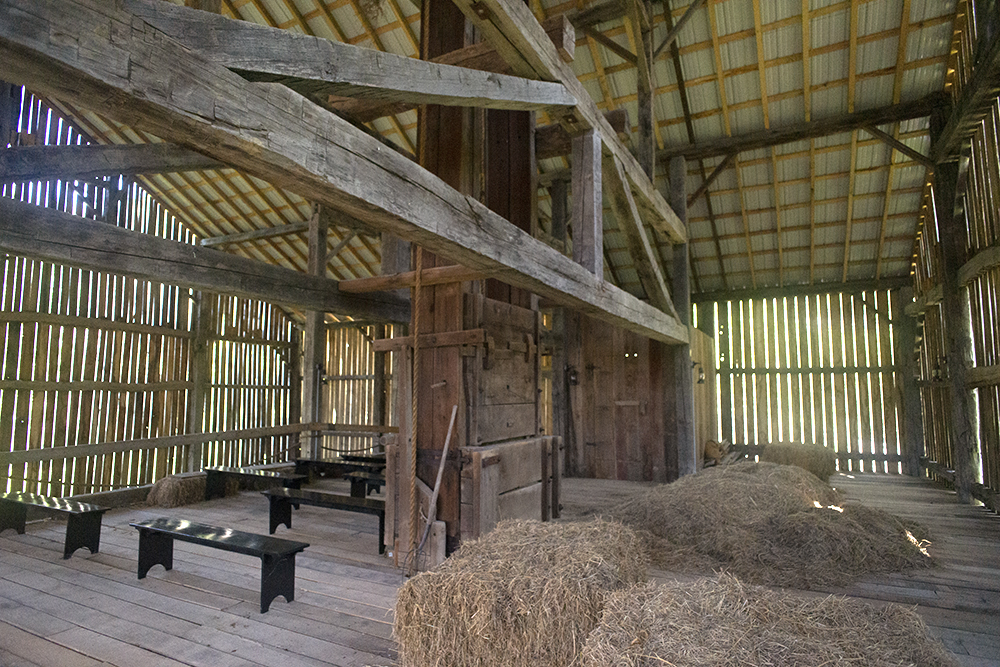 On June 12 and 13, during the Thiebaud Farmstead’s Hay Days, visitors will have an opportunity to see the hay press in action via a new internal stair offering a birds-eye view of the device. The annual event showcases the area’s agricultural history with activities throughout the farm, including hearth cooking demonstrations, garden walks, and more. Learn more at switzcomuseums.org.

The society already has its eyes on a new project: conversion of the farm’s c.1900 carriage house into a hospitality area for guests. The site is currently open only for special events and by appointment. Follow the latest news from the Switzerland County Historical Society on Facebook.