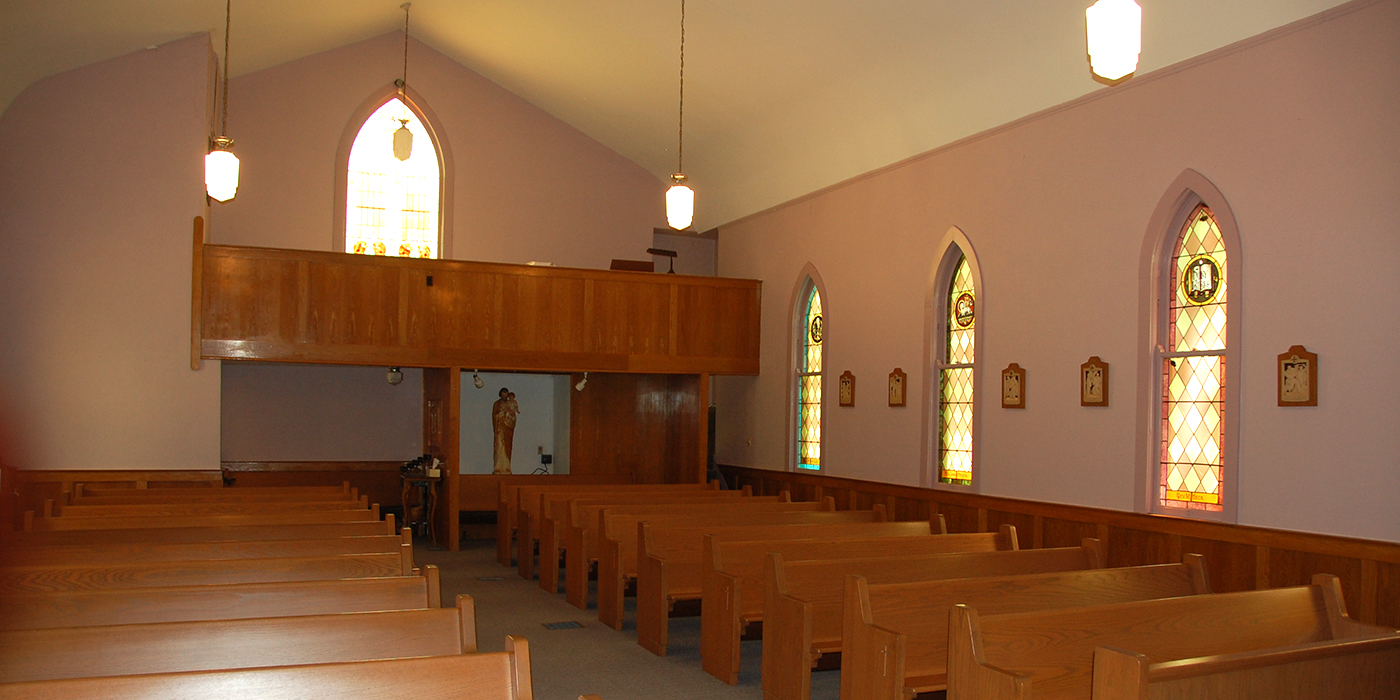 A campaign to save Holy Angels Catholic Church in New Harmony offers practical lessons in the power of faith, optimism, and conviction. In just six months, advocates have raised more than $350,000 to repair and maintain a significant landmark previously threatened with demolition.

Declining attendance prompted the Catholic Diocese of Evansville to close Holy Angels for regular worship in 2014. The 1899 building remained in good condition, and for several years, the church hosted occasional weddings, funerals, and other special services. However, church officials regarded ongoing maintenance of the historic building as too costly and proposed demolition. 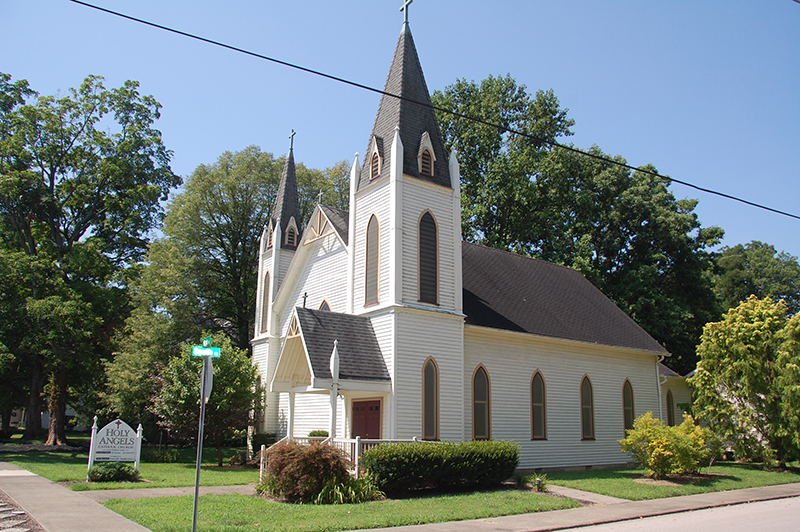 Holy Angels Church has been a prominent downtown landmark for more than a century and losing it would create a hole in the town and in the hearts of many.

“Talk of demolishing or selling this historic building, which has been such a pivotal part of my life, absolutely horrified me and inspired me to work on saving this treasure,’ says long-time parishioner, Ann Pfister Scarafia.

She and other parishioners rallied to preserve the church, organizing a larger committee of both Catholic and non-Catholic residents to begin looking into rehabilitation costs and ongoing maintenance. In April 2022, the group launched a campaign to raise $100,000 to rehabilitate the building, plus an additional $300,000 for the newly formed Holy Angels Endowment. Like manna falling from heaven, the funds began to pour in.

Endowment funds, invested through both the Posey County Community Foundation and the Catholic Foundation of Southwestern Indiana, will support ongoing maintenance needs at the historic church. Indiana Landmarks supported the project with a contribution to the endowment and a preservation plan to help guide the group’s rehabilitation efforts.

The committee intends to build on the church’s occasional use for special events and position it as a destination wedding venue. 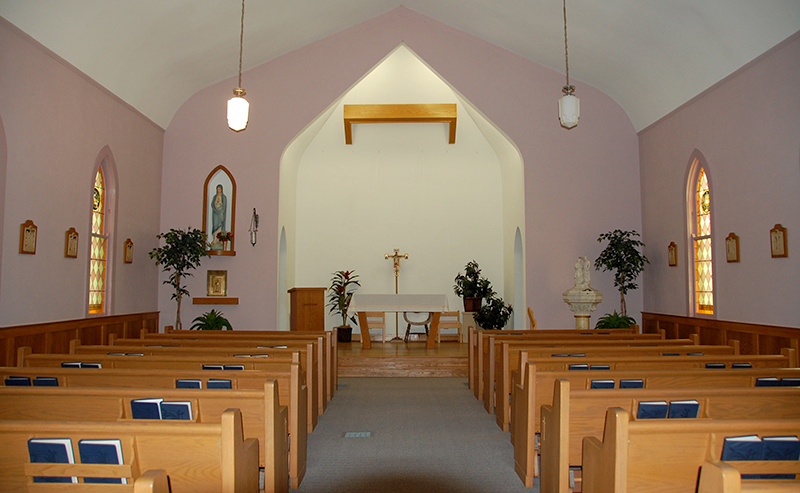 Addressing water infiltration and an aging roof is the group’s first priority. With cash in hand, and donation of all materials for a new roof, the congregation is ready to start repairs. But with rising construction costs and the possibility of unanticipated expenses, donations are welcome. To support the project, contact Father Ed Schnur, St. Francis Xavier Church, 812-874-2220.