Help Us Restore and Sustain this Historic Structure

The blonde brick building has terra cotta and limestone trim. It both stands out and blends compatibly on an otherwise residential block. In fact, the temple contributed to the settlement of the area in the 1920s.

Designed by the architectural firm of Vonnegut, Bohn, and Mueller for the Beth-El Zedeck congregation, the building opened at 3359 Ruckle Street (northeast corner of 34th and Ruckle) in 1925, making it the oldest synagogue building remaining in the city. The barrel-vaulted main sanctuary space—70 feet square and 30 feet high—occupies the second floor, with a balcony overlooking the space lit by immense windows and original chandeliers.

Beth-El Zedeck moved to West 70th Street in 1958, following its congregation to the northern suburbs. Another Jewish congregation occupied the synagogue for a decade, followed by three successive Christian churches. It has been vacant for the past decade.

Indiana Landmarks bought the tax-delinquent property from the county in 2014. It had a big hole in the roof and water damage was escalating inside so we acquired it in order to get a new roof on it and buy time until we could identify a new use. The Mapleton-Fall Creek Development Corporation (CDC) invested $100,000 in Community Development Block Grant funds it received from the city for the roof replacement. Indiana Landmarks received $110,000 from the Efroymson Family Fund of the Central Indiana Community Foundation to match the public funds. 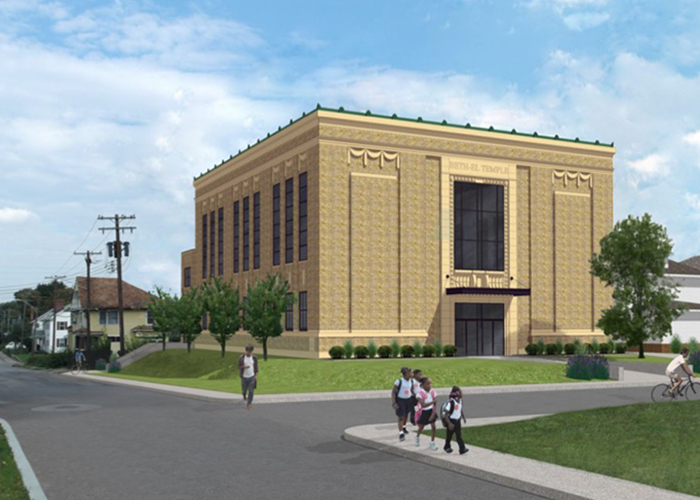 Indiana Landmarks, Temple Heritage Center, Inc.—a group founded to help save the building—and the Mapleton-Fall Creek CDC commissioned a conditions assessment by architects Browning Day Mullins Dierdorf. The three organizations held a redevelopment charrette that drew on the expertise of leaders in the Jewish community, architects, developers, nonprofit executives, political and neighborhood leaders regarding potential uses of the building.

A $10,000 grant from Beth-El Zedeck Foundation helped fund three of these sessions exploring neighborhood-sensitive reuses for the landmark. Suggestions have included a Jewish Heritage Museum, a restaurant, a daycare facility, and a preservation-centered job-training program.

We’re still pursuing the last idea because the population of craftsmen who work on historic buildings is not being replenished by an influx of younger people learning the skills of carpentry, plastering, and refinishing.

In 2016, Indiana Landmarks removed an aesthetically incompatible addition to restore the north side of the building and improve the appearance and marketability of the site. If you have a reuse idea that could restore and sustain the building, contact Mark Dollase at Indiana Landmarks by calling 317-639-4534, or email him at mdollase@indianalandmarks.org. 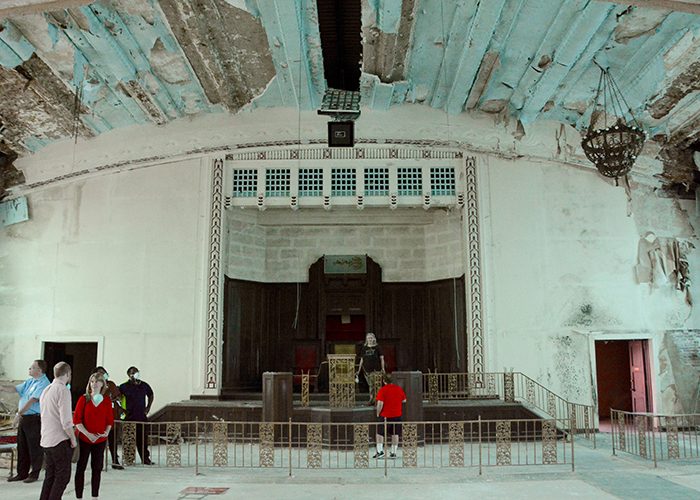 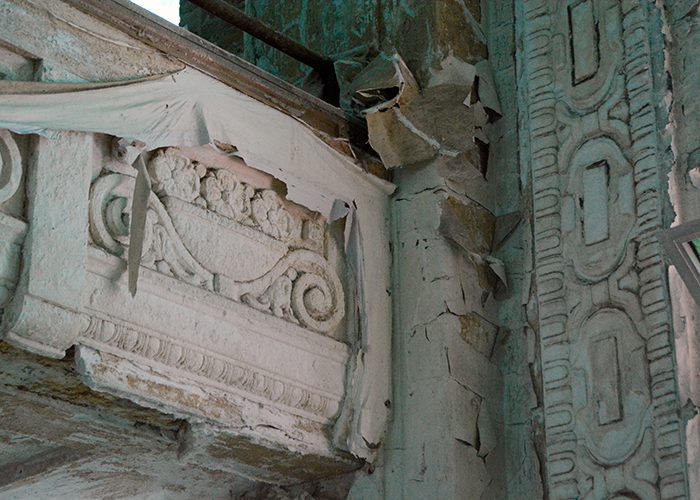 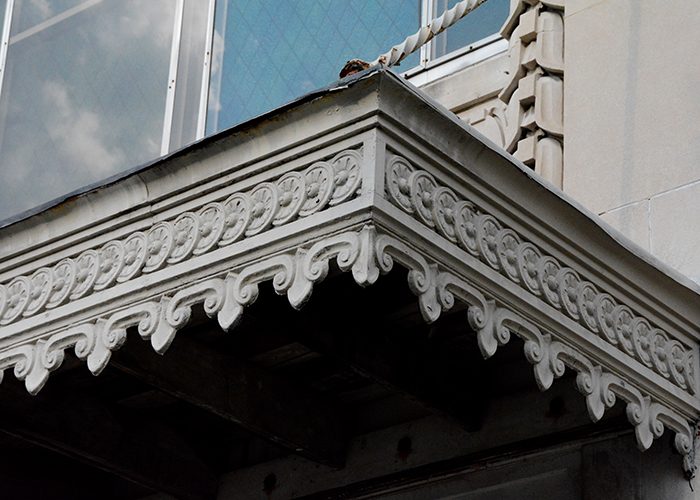 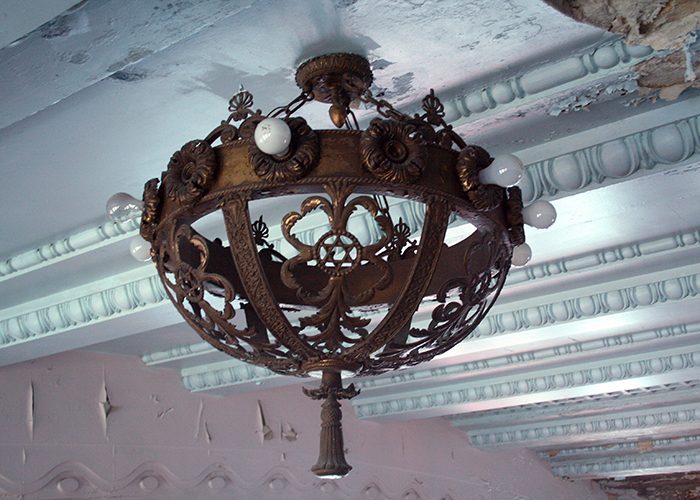