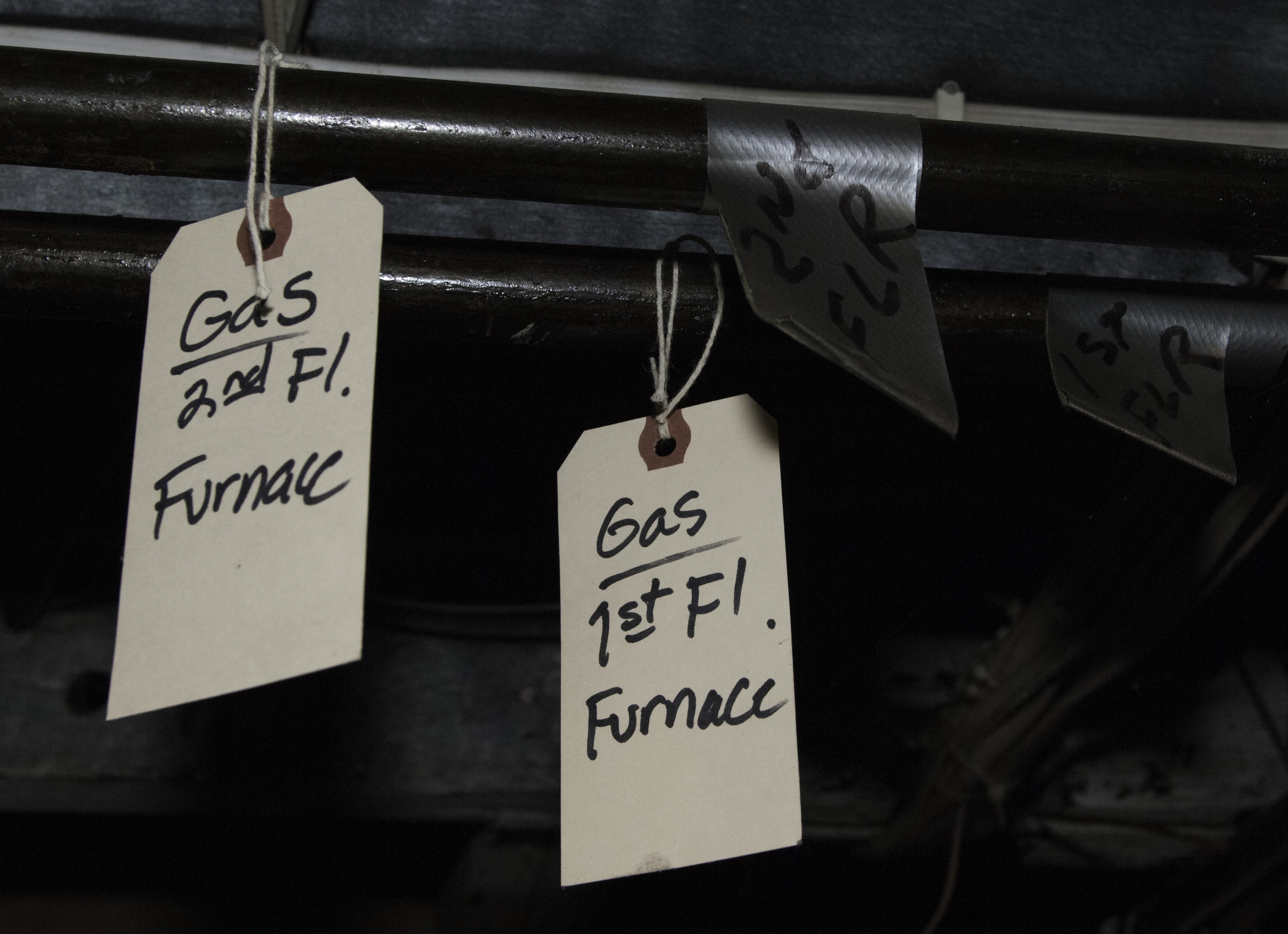 Homeowners spend an estimated 45% of their annual energy bills on heating. Knowing the type of system you have in your vintage home can help make that “big old house” toasty warm while saving you money.

The various older heating systems use different methods to burn fuel and convey heat to living spaces. Fireplaces were the common indoor heat source until modern times. As coal came into common use, wood fireplaces often were converted with cast iron inserts. You can tell if a fireplace in your home was built for wood or coal by the depth of the firebox. A shallow firebox, with or without a cast iron insert, generally means it was a coal-burning fireplace. Today, we don’t recommend burning coal, so we suggest using the shallow openings to host natural gas fires, with a ventless log set added to create a pleasing look.

Wood fireplaces conjure romance but they actually cause a net loss of heat in a home in the draw of air up the chimney. In addition, if you’re considering burning wood in your fireplace, be sure to have the chimney inspected, and probably re-lined, because older masonry chimneys can deteriorate and leak over time.

The U.S. Department of Energy says 14% of air infiltration enters the home through the fireplace. Regardless of the type of fireplace you have, ensure that the damper closes to stop air loss and consider a form of supplemental flue stopper, like a chimney balloon which inflates to seal up the space (after it has cooled down).

Steam, the oldest mechanical heating system, dates from the 1830s. Hot water systems came next, followed by heated-air gravity systems, and finally heated forced-air systems. These systems may have used different heat sources, including coal, heating oil, or natural gas. Air conditioning — invented in 1920 by Willis Carrier — appeared in residential use in the 1920s but did not become common until after WWII. Air conditioning condensers are made to pair with the furnace air handler.

Steam heat burns fuel to heat water to a hot vapor that rises through pipes to the radiators. When the hot vapor touches the colder radiator, heat is transferred and the water condenses and returns to the boiler. Steam systems are famous for their knocks, gurgles and hisses, all signs that the system needs balancing. Steam systems have only one pipe to the radiator; it conveys the steam up and the condensate back. Noises may indicate that water has collected in the supply pipe or bottom of the radiator (the radiator should have a small slope towards the pipe) due to settlement or other movement. Shim the end of the radiator opposite the pipe to provide the necessary slope. A continuous hissing sound may indicate that a relief valve needs replacement.

Hot water systems pump heated water to cast-iron radiators, copper tube baseboard units, or modern in-floor tubing which all return water to the boiler for reheating. Hot water systems are identified by dual pipes — one to the top of the radiator and one exiting out the bottom on the opposite end. This system’s radiators may get air bound, requiring you to bleed the radiator to free the water to move. You might consider having temperature valves installed on individual radiators to help regulate the heat in each room.

Wrapping supply pipes for either steam or water heat with insulation is a simple project that will reduce your heat bills. Properly maintained, boilers can last for decades and the steady even heat is a plus, so don’t be quick to replace the system without investigating the potential for repair and maintenance.

Forced-air furnaces, the most common system today, use a blower to move heated air to the living areas. Supply ducts move the heated (or cooled) air to the rooms and return ducts pull air back to the furnace. In newer construction, heated air vents appear near windows and on outside walls, with returns on interior walls. In vintage homes, you may find the system reversed, with supply vents on the inside and returns on the outside — not an easy thing to correct unless you’re planning a major rehabilitation. 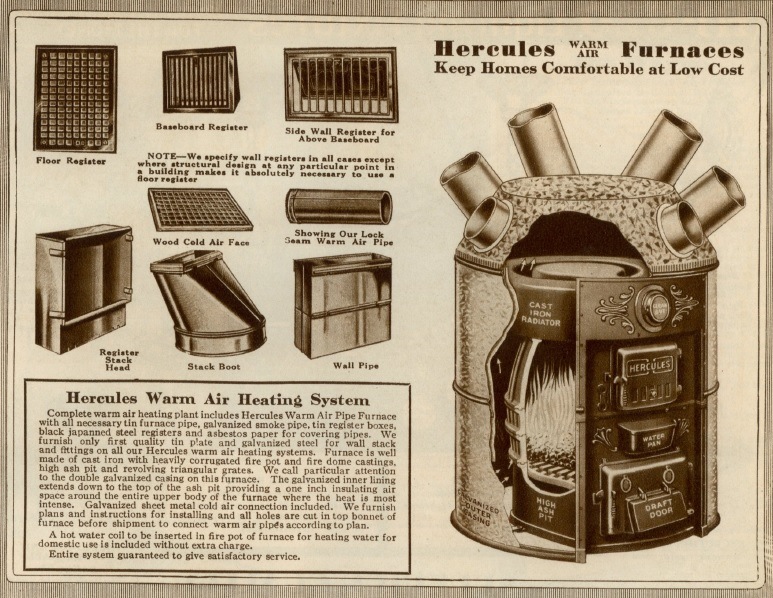 Vintage forced-air furnaces were often large, hulking contraptions with big round ducts radiating out like an octopus. Today’s high-efficiency furnaces are much smaller in size and less scary. Whether your system is young or old, you can ensure greater efficiency by sealing up ducts in unconditioned areas of the basement and in crawl spaces. Taping seams helps keep air moving to the living areas rather than leaking out along the way.

For more information about heating and cooling systems, potential ways to save on utility costs and other detailed information, visit the U.S. Department of Energy.