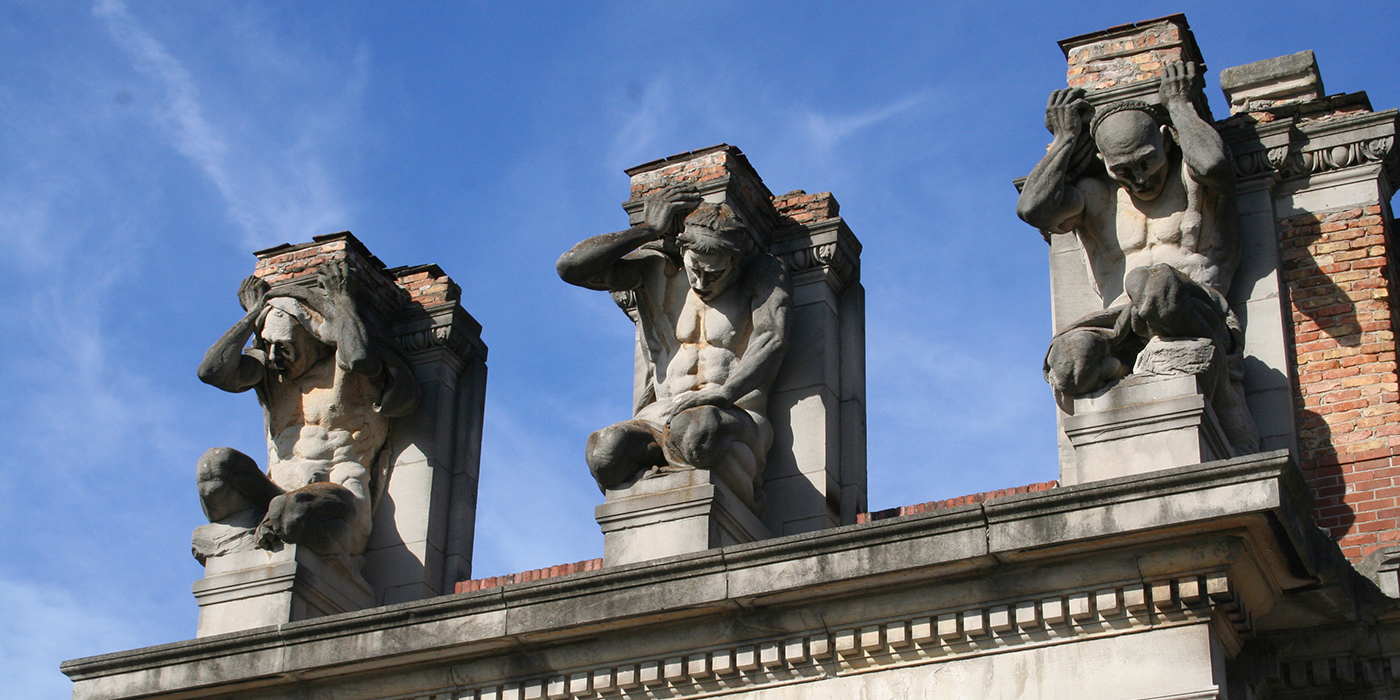 It Began With a Gift

As Indiana celebrated the centennial of its statehood in 1916, John and Evaline Holliday announced they would donate their Indianapolis estate, situated on a wooded bluff over the White River, for a new city park. One hundred years later, Holliday Park marked another milestone, the $2.3 million restoration of “The Ruins,” a much-loved park icon.

John Holliday was a prominent figure in Indianapolis at the turn of the twentieth century. A newspaper publisher, he founded the Indianapolis News, a paper known for its high standards and political independence. Later, John served as president of local bank Union Trust Company. In 1892, he and his wife, Evaline, bought 80 acres on the banks of the White River to become their summer estate. They built a 23-room home and installed rich landscaping designed by their son Alexander, including a formal garden, pergola, and tennis court. Firm believers in the value of recreation and the study of nature, the Hollidays bequeathed their property to the City of Indianapolis.

After the city took possession of the property in 1932, workers employed by the Works Progress Administration added trails, a shelter, and a rock garden. Botanist Willard Clute created a botanical garden.

In 1958, Western Electric announced it would demolish the St. Paul Building in New York City and replace the landmark with a new skyscraper. The company launched a national competition to reuse the historic building’s façade, particularly three Indiana limestone sculptures entitled “The Races of Man” by famed sculptor Karl Bitter. 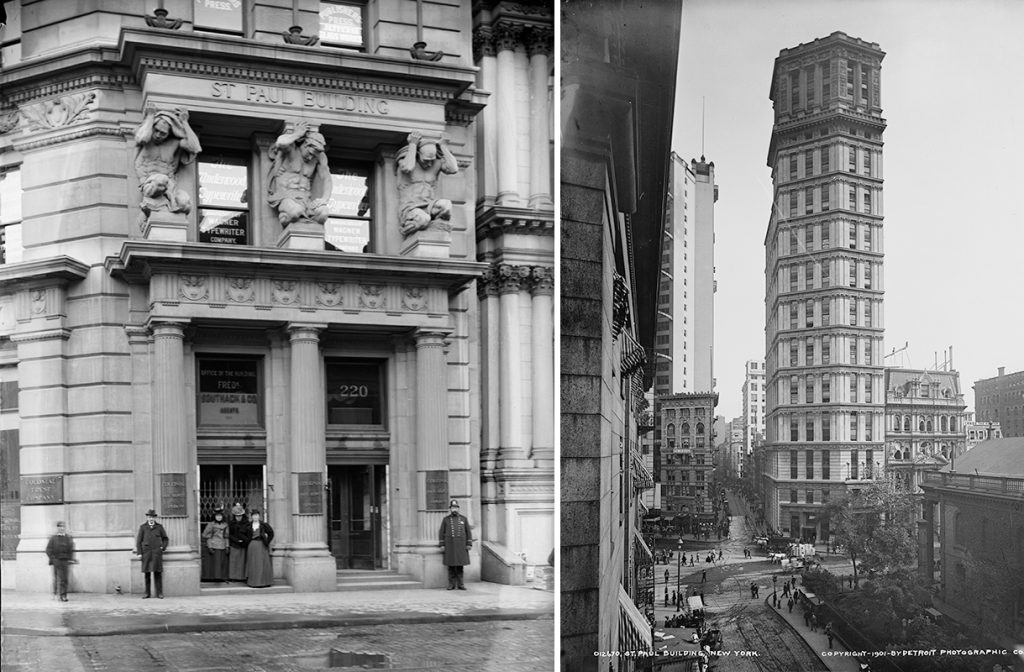 Indianapolis artist Elmer Taflinger coordinated the winning proposal to bring the sculptures and entry columns from the St. Paul Building to Indianapolis, where they would be erected in Holliday Park along with reflecting pools, a fountain, landscape features, and architectural salvage from other local landmarks. “The Ruins” was dedicated in 1973.

After decades as Holliday Park’s focal point, The Ruins fell into disrepair. As deterioration progressed, park officials fenced off the feature. It languished for 20 years before the Friends of Holliday Park — a group formed in 1990 to promote and enhance the park — embarked on an ambitious campaign to revitalize The Ruins and establish an endowment for its maintenance. The five-year $3.2 million campaign not only raised money for The Ruins, it also funded renovations and new exhibits at the park’s Nature Center. Indiana Landmarks supported the project with a grant from our Marion County Historic Preservation Fund.

Landscape architect Eric Fulford, who passed away in 2012, developed plans for the grounds surrounding The Ruins. Crews from uTopos Gardens of Indianapolis completed the work, including replacing deteriorated reflecting pools with shallow shimmer pools and a fountain where children can play. The revived Ruins will also serve as a venue for musical performances and weddings. 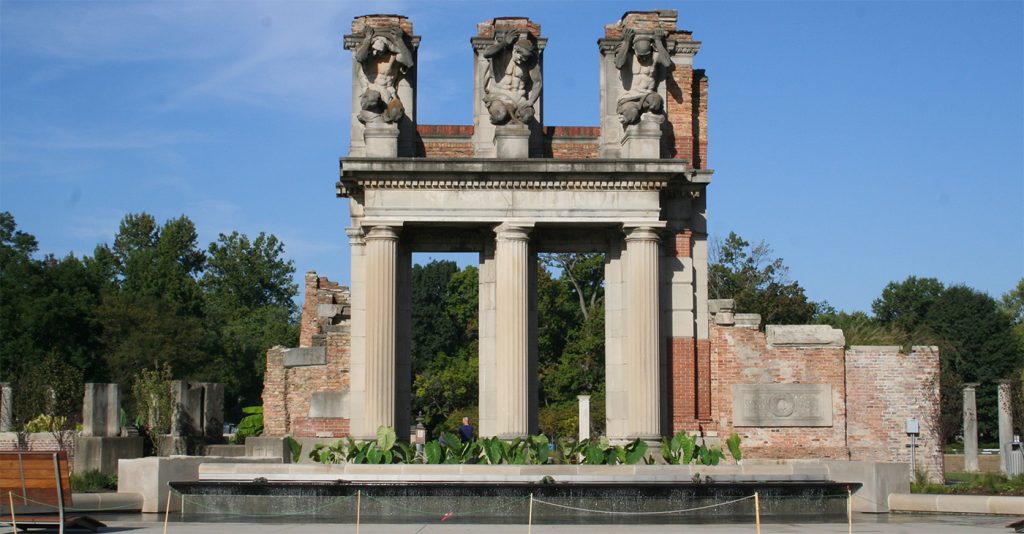 Earlier this month, Indianapolis Mayor Joe Hogsett and the Friends of Holliday Park rededicated the iconic feature at the “Rock the Ruins” celebration.

You can learn more about the history of Holliday Park and The Ruins at www.hollidaypark.org. For more information about the Friends of Holliday Park and rehabilitation of The Ruins, contact the park’s development director, Sarah Potasnik, spotasnik@hollidaypark.org. For information about Indiana Landmarks’ Marion County Historic Preservation Fund, contact Mark Dollase, Vice President of Preservation Services, 317-639-4534 or mdollase@indianalandmarks.org.