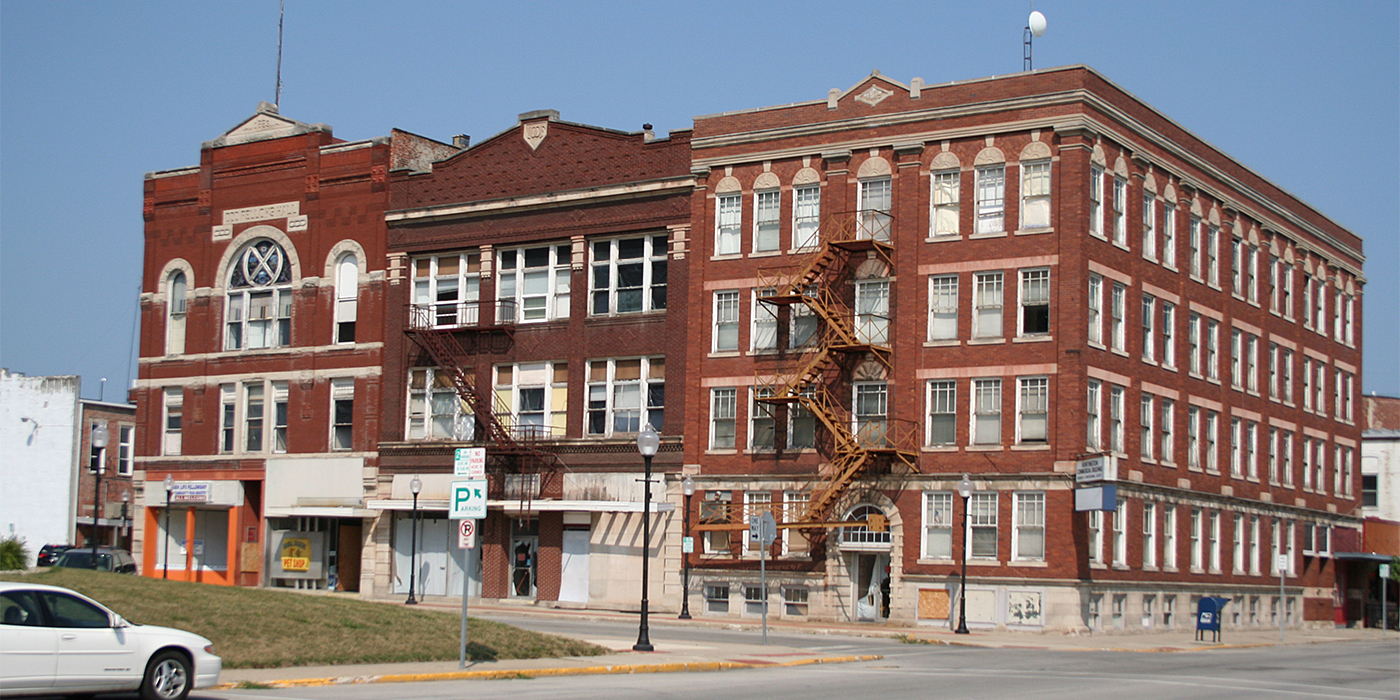 On the Road to Redemption

Not to brag, but Indiana Landmarks’ 10 Most Endangered list works—it helps bring focused attention to saves places that have reached the end of the line. Demolition loomed for an entire block on the courthouse square in Huntington when we put the buildings on the 10 Most list in 2015. Not anymore.

The 1889 Odd Fellows Hall, c.1915 I.O.O.F Trust Building, and 1915 United Brethren building were later connected to house the church’s U. B. Publishing company on East Franklin Street in what is now the National Register-listed Huntington Courthouse Square Historic District. When the block appeared in the 10 Most list, all three buildings were vacant and in the ownership of the local redevelopment commission, which planned to tear them down as a public safety measure. 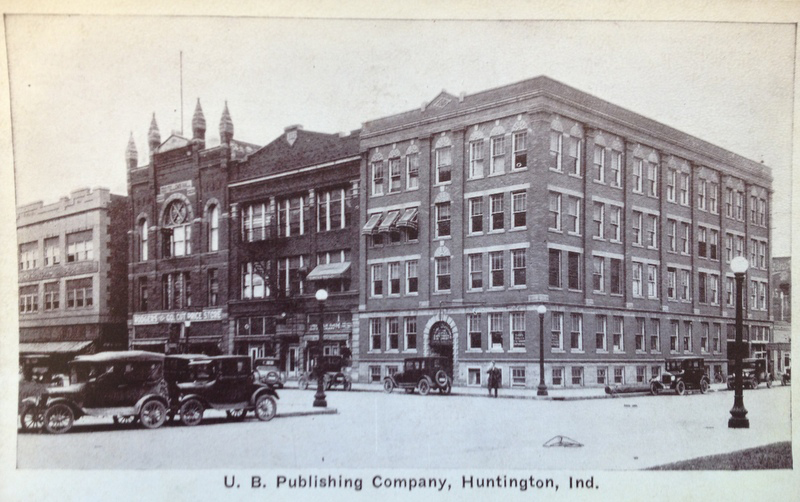 Our preservation affiliate Huntington Alert partnered with Indiana Landmarks to move the buildings off the demolition list. We tapped our Endangered Places Fund for a structural and architectural feasibility study by Kil Architecture, and the redevelopment commission helped fund emergency roof repairs.

Even the Boy Scouts got involved. They joined more than 40 community volunteers who removed tons of trash from the interior, pitched into a city-supplied dumpster. Usable items were recycled to a local non-profit resale shop. When the place was navigable, we cosponsored an open house attended by more than 250 people, and we communicated the redevelopment opportunity to firms with track records in transforming historic properties.

Jonathan Anderson of Anderson Partners snapped up the block, which he’s adapting to include 35 market-rate apartments with ground floor space leased to Pathfinder Services and Huntington University’s Center for Entrepreneurship. Since Anderson is using the Historic Tax Credit in the $8 million project, original building elements will be preserved.