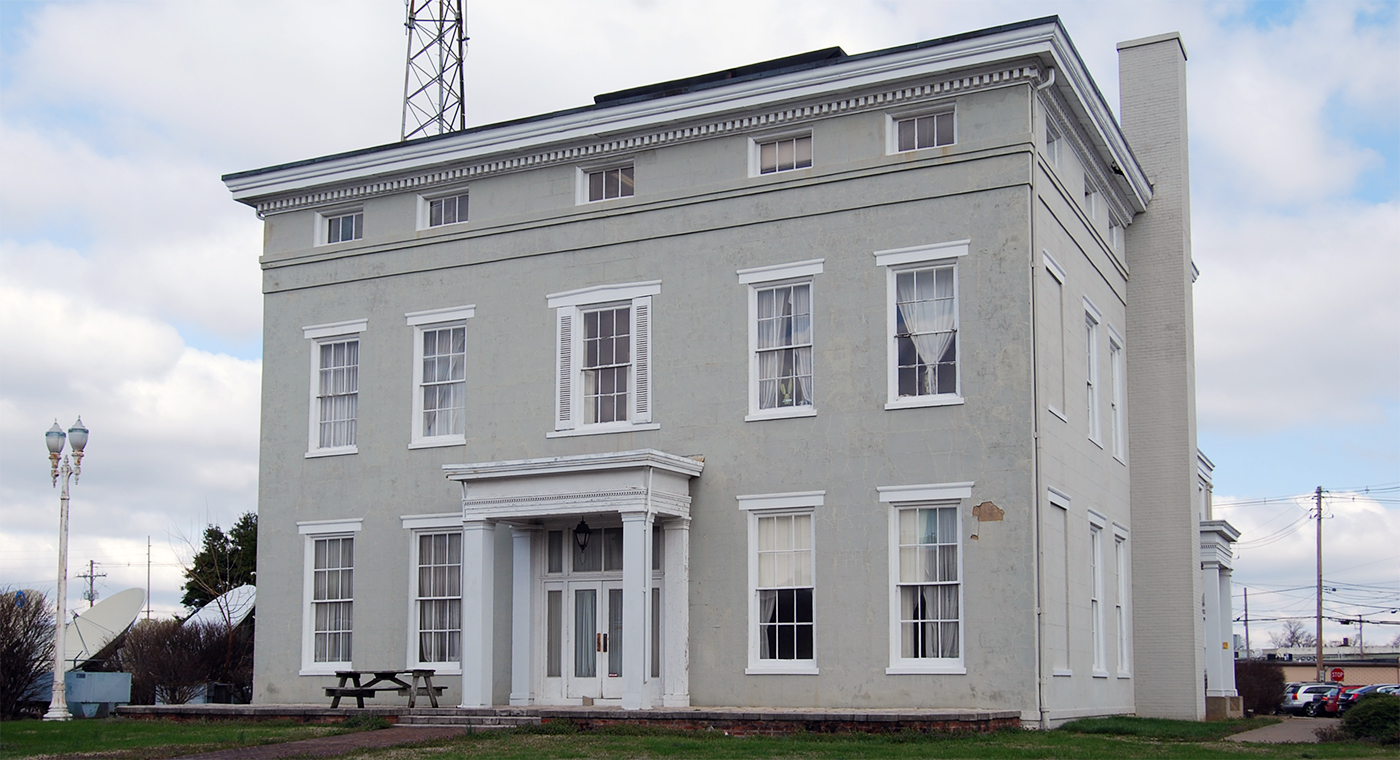 Born in Vermont, Willard Carpenter made his first trip to Evansville in 1822 and settled there in 1837. He quickly established himself as one of the city’s most influential citizens. As county commissioner, he was deeply involved in promoting railroads in southern Indiana, and he was integral to the completion of the Wabash and Erie Canal.

Completed in 1849, his home became a popular spectacle, with people traveling from miles around to see it. Brick for the 21-inch-thick walls came from nearby, and other materials traveled down the Ohio River from Lawrenceburg. The Carpenters had furniture for the home shipped from New York and Europe.

Known as Evansville’s “pioneer of public charity,” Carpenter also acted as an agent for the Underground Railroad before the Civil War. His home became one of the first stops for slaves who made their way across the Ohio River. A stone tunnel led from the river three blocks north to the Carpenters’ basement, where runaway slaves hid until they could be relayed to stations further north.

In 1876, when Carpenter commissioned a public library for the city, he demonstrated his commitment to the rights of African Americans by stipulating that it “be maintained for the free use of all persons who may desire to consult it.” Completed in 1885, Willard Library remains the oldest public library in the state.

Today, WNIN owns Carpenter’s home and uses it as a television and radio station. You can learn more about the house on the WNIN website, www.wnin.org.

For more information about the Underground Railroad in Indiana visit, https://secure.in.gov/history/3119.htm