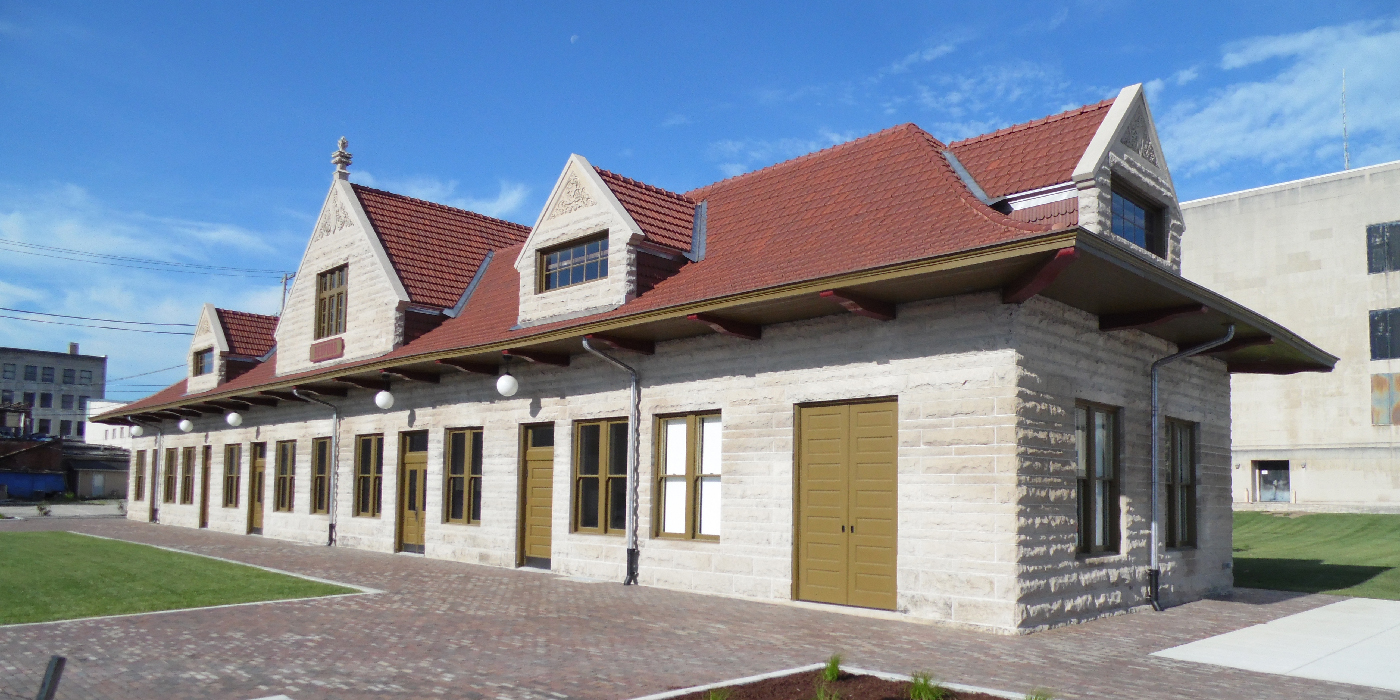 In 2010, Bedford had just completed a comprehensive plan, the first in 25 years, and the next year reached the final round in the competition for the inaugural Stellar Communities program but wasn’t selected for funding. The City’s second application didn’t make it to the final round. Around the same time, Mayor Shawna Girgis heard a presentation by Cook Group Board Chairman Steve Ferguson on the company’s work in downtown Bloomington. “He talked about downtown as the front door of a community and that really resonated,” says Girgis.

“One of the initial critiques of our Stellar Application was that it was too broad in scope. So we narrowed our focus to downtown.” In 2013, the City of Bedford adopted a downtown comprehensive plan,  and secured $1 million in commitments from local groups for grant matches to strengthen its third, winning Stellar application. The city proposed to improve the streetscape around the courthouse and establish a façade grant program to make downtown more attractive, responding to the “front door” idea.

The Stellar plan also included the transformation of a 1920s Trav-ler Radio Corporation factory into senior apartments by Hoosier Uplands. The property, renamed Stonecutters Place, celebrated its grand opening in 2015.

One outside-the-box idea stood out in Bedford’s application: moving the vacant Milwaukee Railroad Depot into downtown for use as a welcome center, museum, and trail head. Constructed in 1899, the long vacant and barely visible depot had an ornate exterior of carved limestone, a great advertisement for a primary local product. 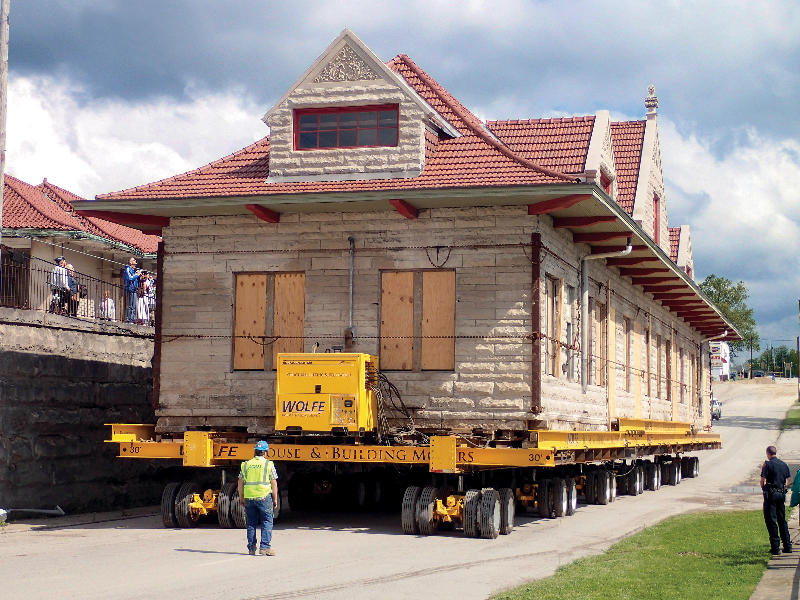 Bedford’s Urban Enterprise Association had searched for a tenant for the building for 15 years without success, although it had installed a new tile roof. The association turned the depot over to the city, which used federal transportation enhancement dollars to move it to the corner of 14th and J streets in May 2016. The renovation design executed by Tri-County Builders retained original details, including windows, hardware, and bead-board ceilings, while using historically accurate replacements in other areas, including doors, and maple and birch flooring.

The depot will include displays on Bedford’s limestone and railroad history, tourism information, and a check-in point for a Limestone Trail System in development. Expected to open in July 2017, the limestone landmark shows how Bedford is drawing on its past to chart its future.