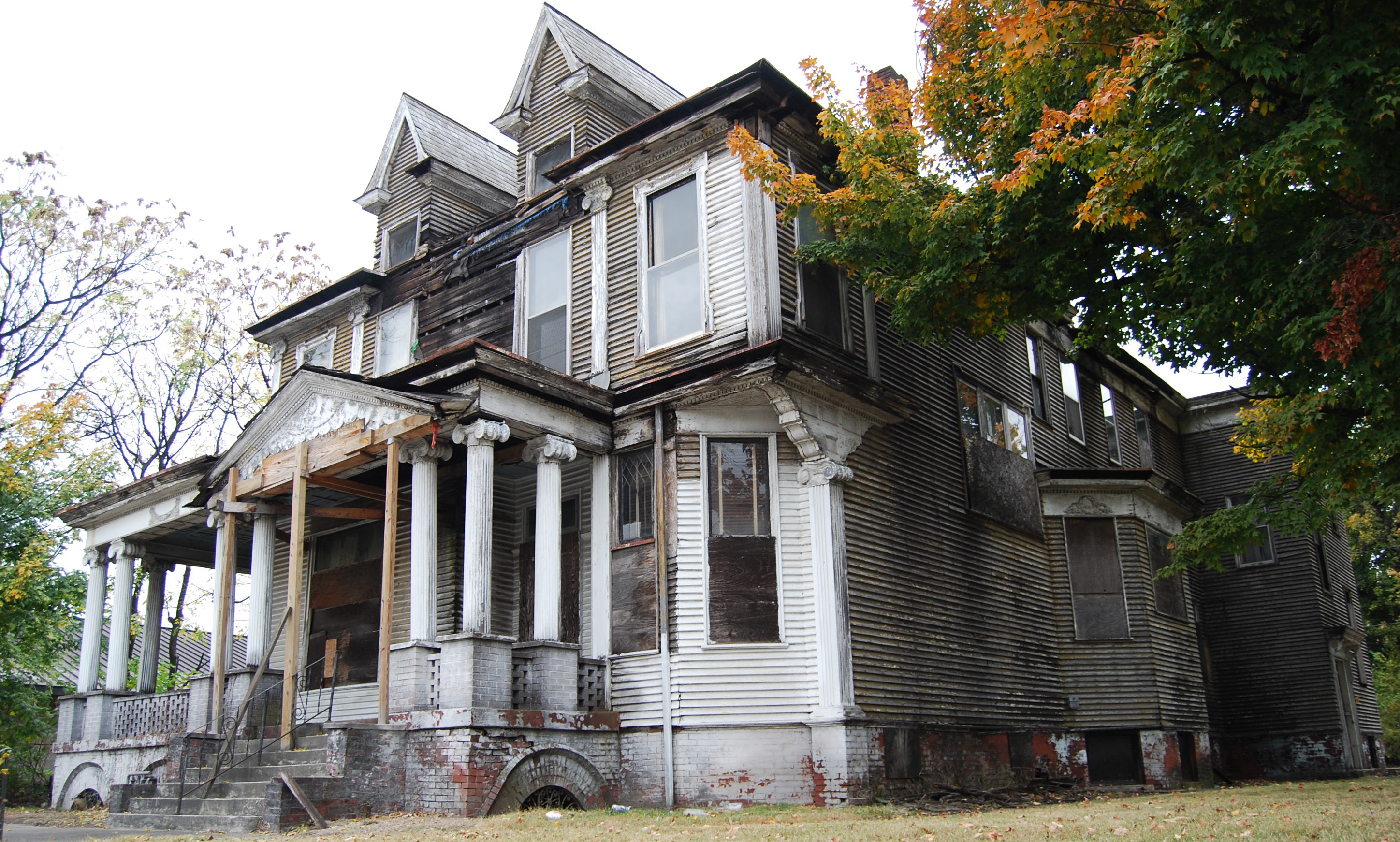 An Evansville Realtor is putting his money where his mouth is.

Lucas Neuffer created a website called “Evansville Historic Homes” to advertise historic properties and promote the area’s history. His recent purchase of the Cook Mansion at 610 Fulton Avenue puts him in possession of one of the city’s most prominent – but seriously dilapidated – historic homes.

Henry E. Cook, vice president of the F.W. Cook Brewing Company, hired the local architectural firm Harris and Shopbell to design a spectacular home. Completed in 1899, the house was the last of three adjacent mansions built for the prominent family. The other two mansions, by built Frederick Washington Cook and Charles Cook, were razed in the 1980s and ‘90s.

Vacant for more than 20 years, the mansion’s severe deterioration earned it a spot on the Preservation Alliance of Evansville’s Top 10 Endangered List in years past. Inside however, many of the home’s original fine features remain, including elaborate woodwork.

Neuffer expects the restoration to take several years and cost at least $500,000. When finished, he plans on living in the home and opening it for community events.