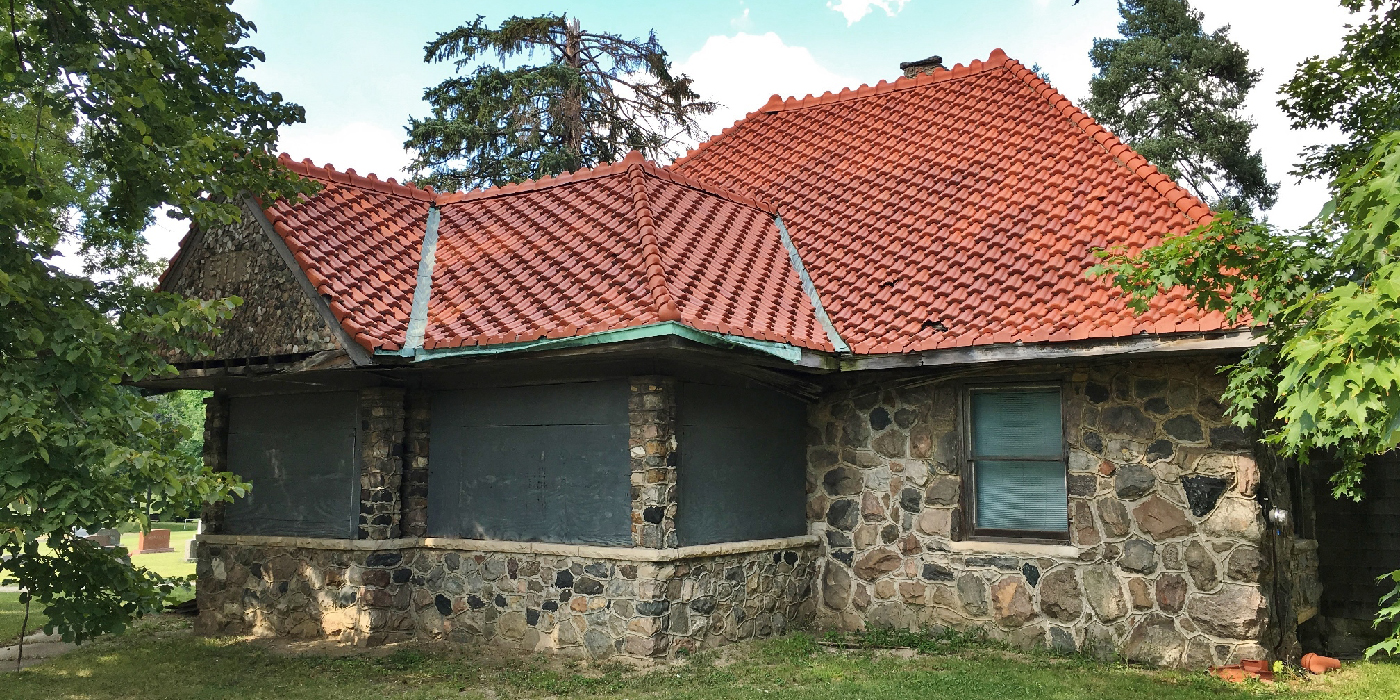 A Home for History

For more than a century, a quaint fieldstone cottage with red tile roof has been an instantly recognizable landmark on the southern edge of West Lafayette’s Grand View Cemetery. Built in 1903 as a home for the cemetery caretaker, the little house became the subject of alarm in 2016 when the cemetery’s owners decided to sell the cottage site as a buildable lot.

Land for new construction in a desirable West Lafayette school district is a hot commodity, and the site caught the attention of several developers.

Decades of vacancy and neglect had taken a toll – broken windows, crumbling masonry, a large hole in the roof, and a partially collapsed floor – and left the place in precarious shape. The house looked like a goner, until Wabash Valley Trust for Historic Preservation put it in the spotlight by adding it to its Endangered List. 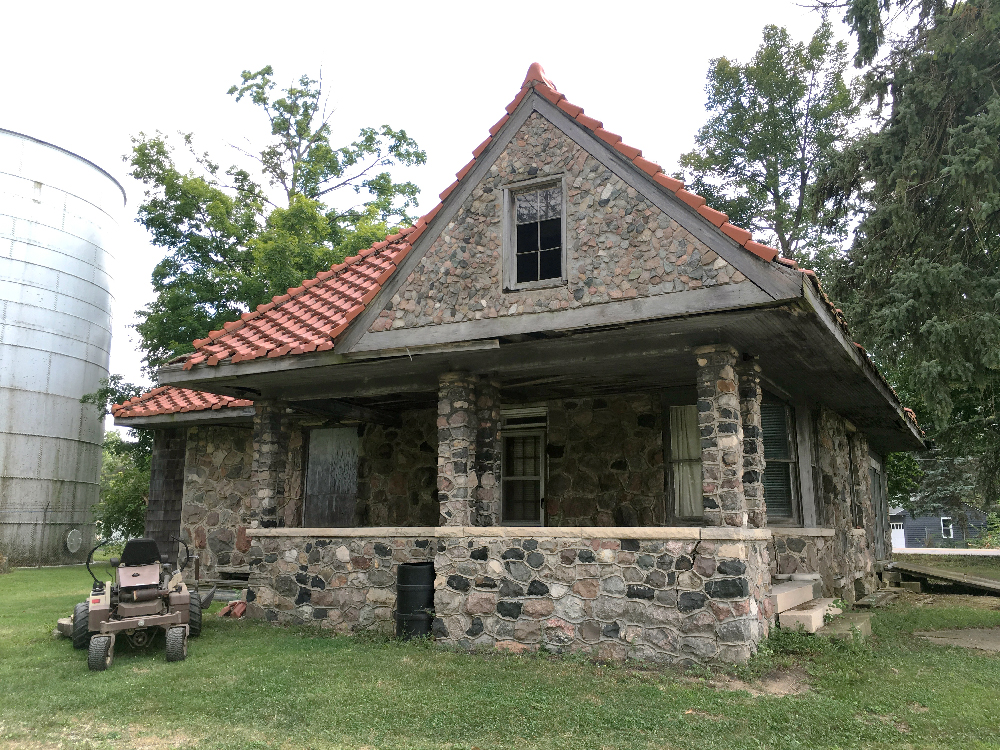 Encouraged by public support for saving the landmark, city officials struck a deal to buy the cottage earlier this year, with plans to restore it as a local history center and repository for the city’s archives. To finance the rehab, the city created a community preservation fund, allowing supporters to donate to the project. A team of local citizens called Community Historical Project Support will take charge of fundraising, seeking grants and public donations.

Though overall cost and timeframe for the project are still being determined, the first task will be structural repairs and installation of a new red tile roof. The city hopes to begin repairs by the end of the year.

To learn more or donate to the Grand View Caretaker’s Cottage project, contact Beverly Shaw, Quality of Life Director for the city of West Lafayette, 765-775-5161, bshaw@westlafayette.in.gov.