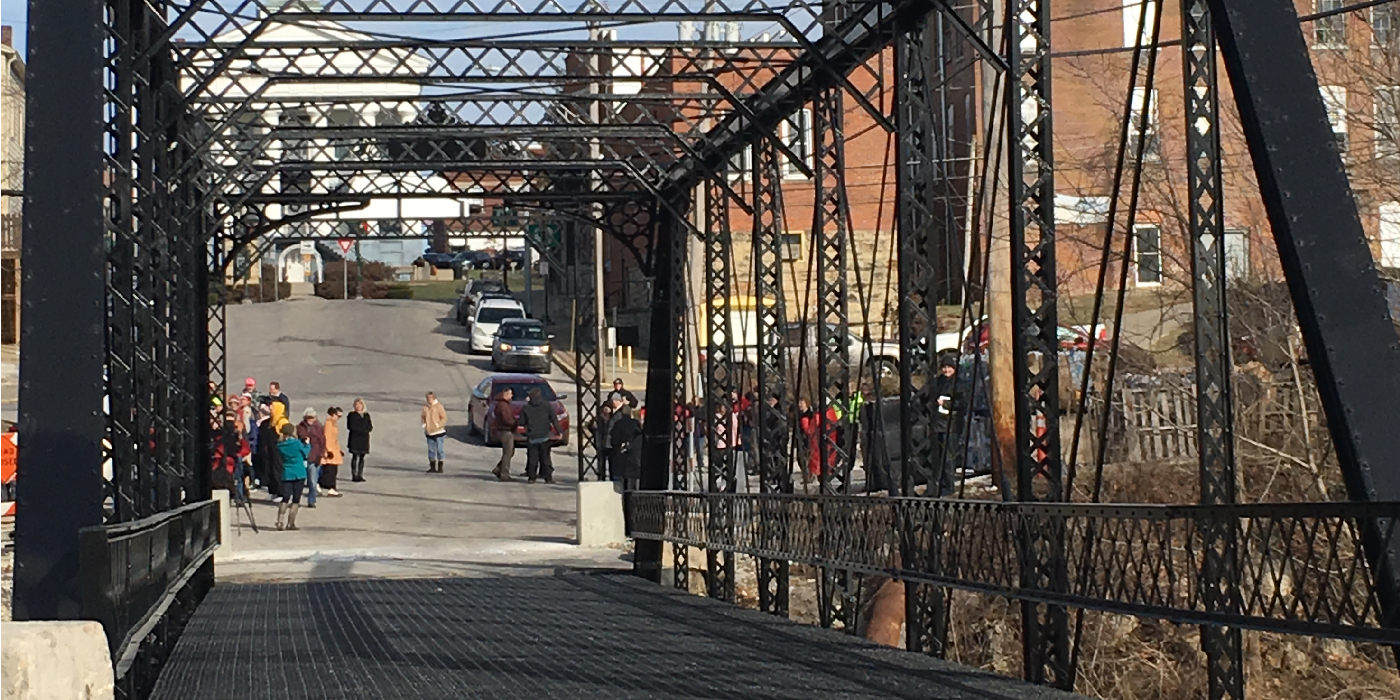 Despite frigid January temperatures, nearly three dozen bridge enthusiasts and a host of media braved the cold to celebrate reopening of Paoli’s historic 1880 Gospel Street Bridge on January 3. The National Register-listed iron bridge collapsed into Lick Creek on Christmas Day 2015, when the driver of a semi weighing nearly six times the posted limit attempted to cross. The event gained worldwide attention, and the driver got 180 days in jail. 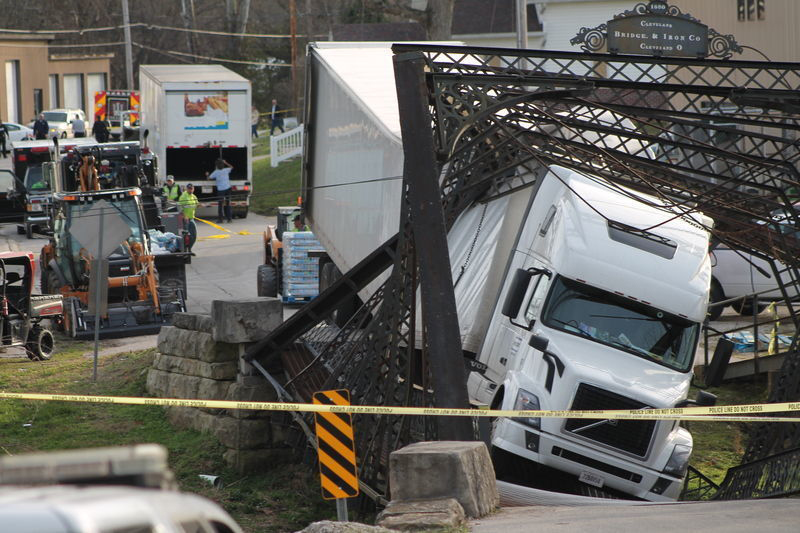 Immediately after the accident, people worried the historic bridge – an example of a Pratt Through Truss design – was damaged beyond repair, while Indiana Landmarks and Saving Historic Orange County (SHOC), the local preservation group, advocated for restoration.

The trucking company’s insurance covered nearly $750,000 in repairs, completed by Contractor CLR, Inc. in consultation with noted bridge engineer James Barker of Bloomington. Crews lifted the bridge out of Lick Creek and performed most of the restoration on-site, straightening twisted and bent iron, and fabricating new pieces to replace broken ones. They found a surprise on the ornamental identification plaque at the top of the bridge; when workers removed built-up layers of paint, the realized the finial at the top of the plaque is shaped like a bullfrog. 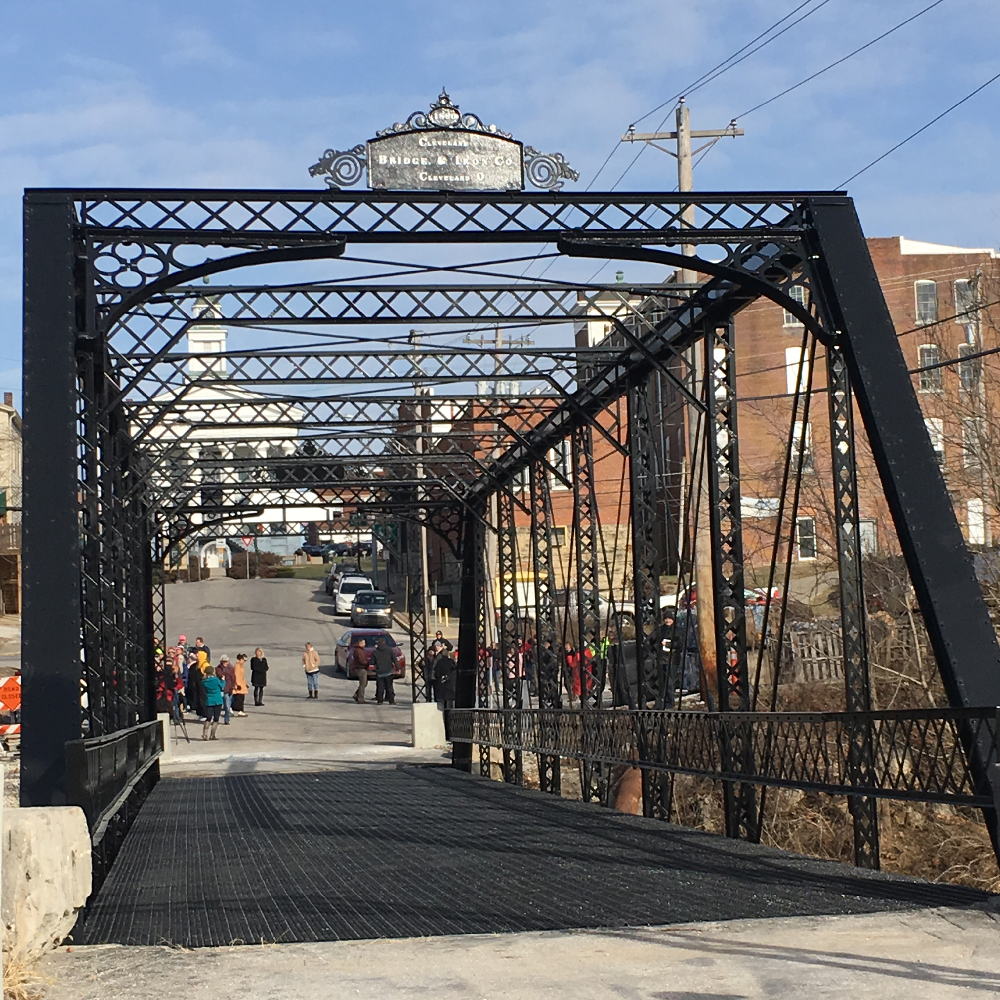 Workers raised the repaired span into place over the creek in June. The bridge received a fresh coat of paint last fall. At the reopening ceremony, the city dedicated the restored bridge in honor of Orange County residents Sol Strauss and James M. Tucker. A Jewish immigrant from Germany, Strauss operated a dry goods business on Paoli’s square after World War I. When he died, he left $300,000 to the town to be used for philanthropic purposes. A fund in his honor continues today, managed by the local Orange County Community Foundation.

Tucker, who served as Indiana Secretary of State from 1938 to 1942, formed a law firm in Paoli with his brother in 1933. The firm is still in practice, and attorney J.C. Tucker, a nephew of James M. Tucker, spoke at the dedication ceremony on behalf of the family.

See more about the bridge opening at www.whas11.com.