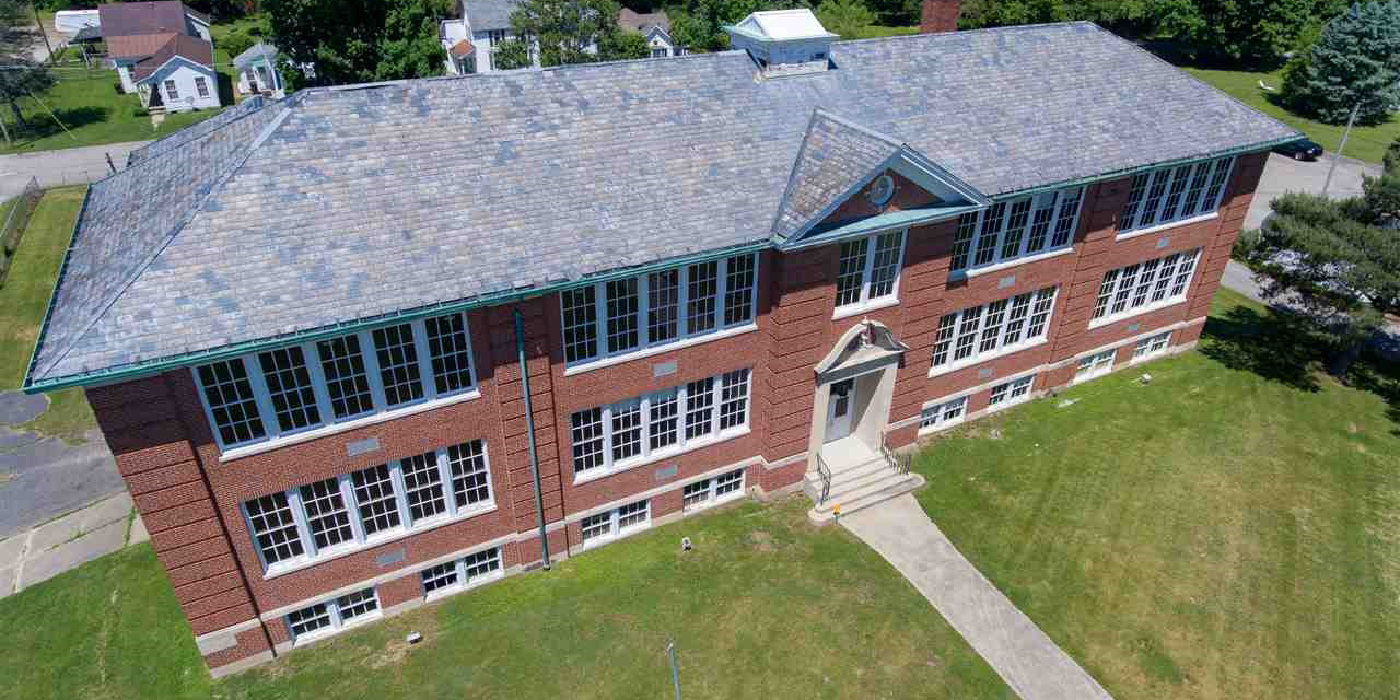 In 1935, Cambridge City celebrated the opening of the city’s new school, built to replace the one that had served the small Wayne County community since the 1860s. With its grand Neoclassical entrance and a cupola housing the bell from the old bell tower, the new Central School at 109 East Main Street symbolized the community’s hopes and dreams for future generations.

Central School served for 60 years before it closed in 1995. In spite of more than two decades of vacancy, the building remains in good shape thanks to the care and commitment of people who want to see it preserved. The building is for sale, a unique opportunity for a buyer with the capital and vision to repurpose it in a revitalizing town on a roll. 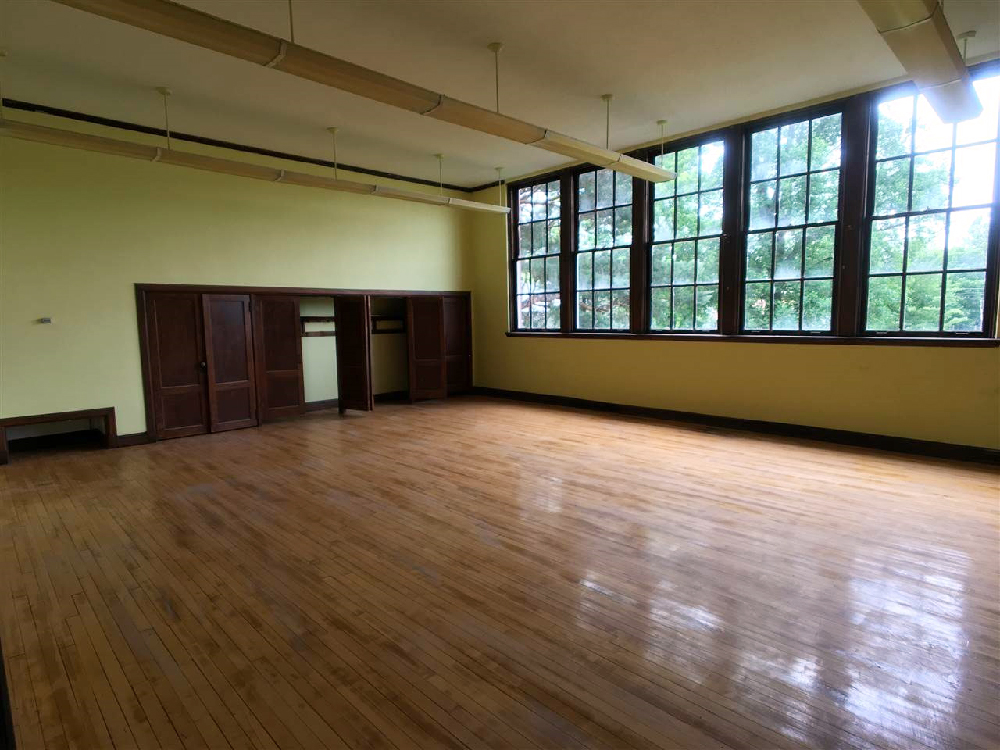 Over the past 20 years, successive owners invested in maintenance and improvements, including a new shock-absorbing floor in the renovated school gymnasium installed by Cincinnati Floor Company, the same company that put in court floors for the Indiana Pacers and Butler University. Inside, murals by Oscar-nominated Indianapolis muralist Pamela Bliss line the hallways. Residents of eastern Indiana know Bliss for her murals on buildings in Richmond, Cambridge City, Knightstown, and Rushville, as well as her work on the 2017 film “Loving Vincent.”

The old Central School is listed for $399,000. See additional details at www.bhhsinrealty.com.