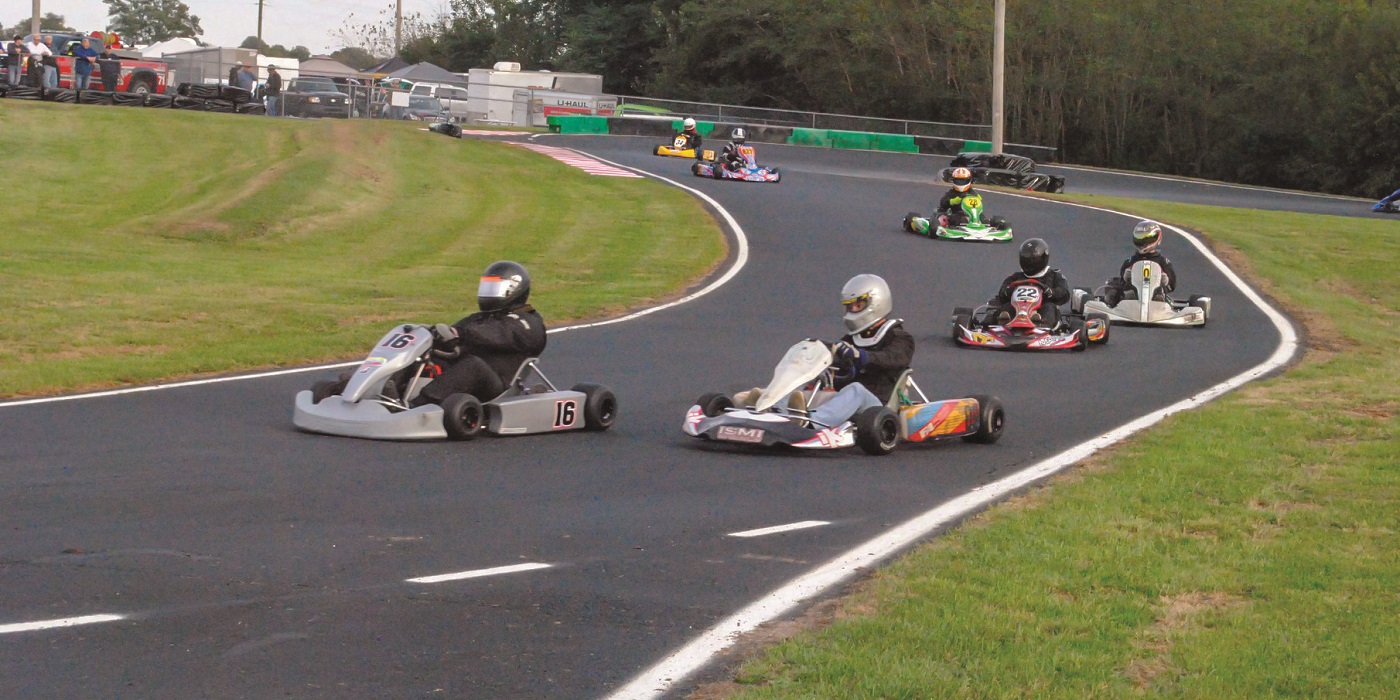 Auto racing is big in central Indiana, drawing thousands to the Indianapolis Motor Speedway each year to watch drivers compete for fame and fortune. Many of those big-name drivers get their start racing go-karts at much smaller tracks around the country.

Established in 1958, Whiteland Raceway Park is believed to be the oldest consecutively operated kart track in America. It’s been a testing ground for professional drivers including Tony Stewart, John Andretti, and Lyn St. James. It’s also a destination for families introducing their children to the sport, a tradition that led former IndyCar team owners Sarah Fisher and Andy O’Gara to visit the park with their son and daughter last year.

O’Gara raced at Whiteland Raceway Park in his youth, so when he and Fisher heard the track might be bulldozed for a parking lot, they joined with business partner Wink Hartman to buy the place last September. The new owners banished weeds overtaking the track and performed a general facelift.

Now, the partners are working to return the track to its 1950s footprint, using physical clues and aerial images to rebuild portions of the nine-turn layout buried in recent years. They also plan to rebuild the track’s banked turn wall, build new rental garages, and add a check-in building with pro shop and technical center.

“We value the historic background the facility has, and in talking with others that started there, it means a lot to them too,” says Fisher.

You can hear more from Sarah Fisher about the project and other racing adventures when she joins Donald Davidson for a free talk on April 4 at Indiana Landmarks Center sponsored by Indiana Automotive.