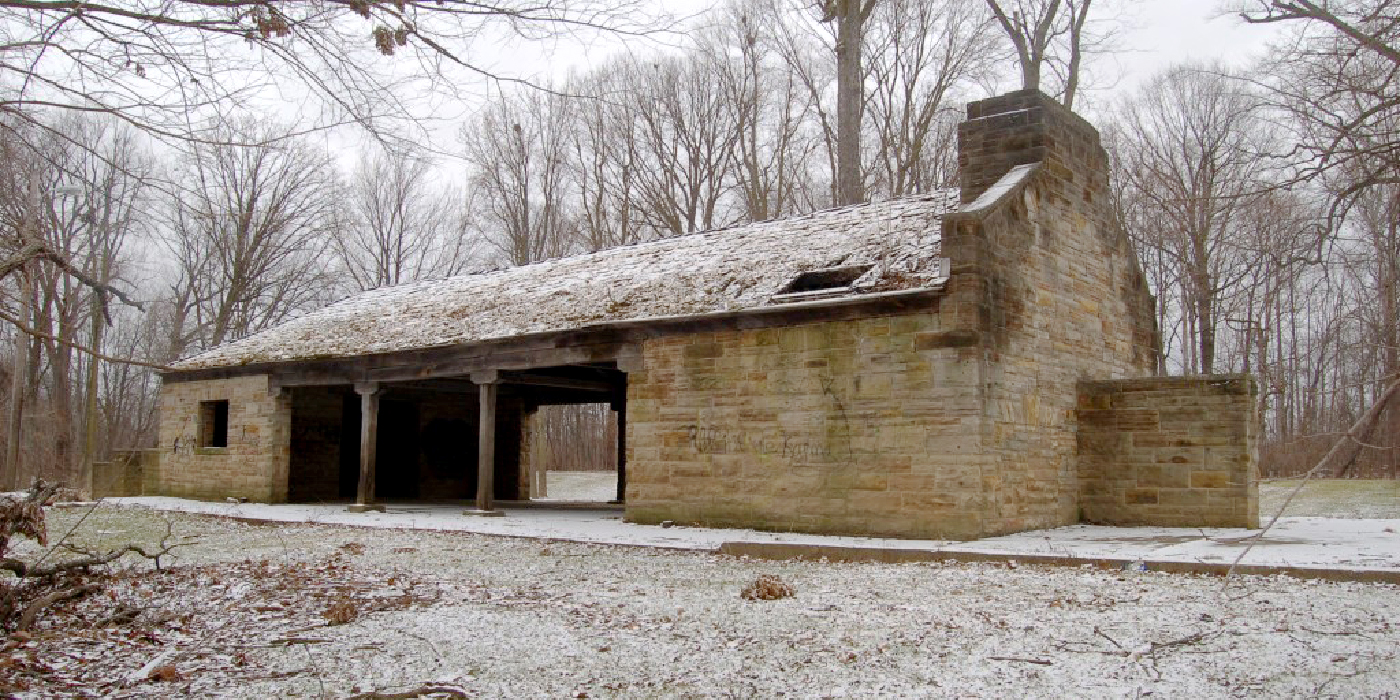 A Place to Enjoy Nature

Preservation relies on the efforts of many people and organizations across the state dedicated to saving historic places in their communities. In Fort Wayne, local preservation group ARCH has worked since 1975 to preserve and restore the city’s landmarks.

In 2016, ARCH included Foster Park Pavilion #3 on its annual list of endangered local landmarks, hoping to draw attention to the structure’s history and significance. The strategy appears to have worked, prompting a public-private partnership to rehabilitate the historic pavilion.

The federal Works Progress Administration built Foster Park Pavilion #3 in 1938 as a place for city dwellers to enjoy nature. Constructed of rusticated limestone, the open-air pavilion featured a massive chimney at one end, a place where families could toast marshmallows or warm up on chilly days. Inside, simple wooden columns supported a lofty open-rafter ceiling.

However, by the time it landed on ARCH’s endangered list, the historic pavilion wasn’t a particularly pleasant place to relax. Graffiti scarred its limestone walls and gaping holes let rain pour through its roof. 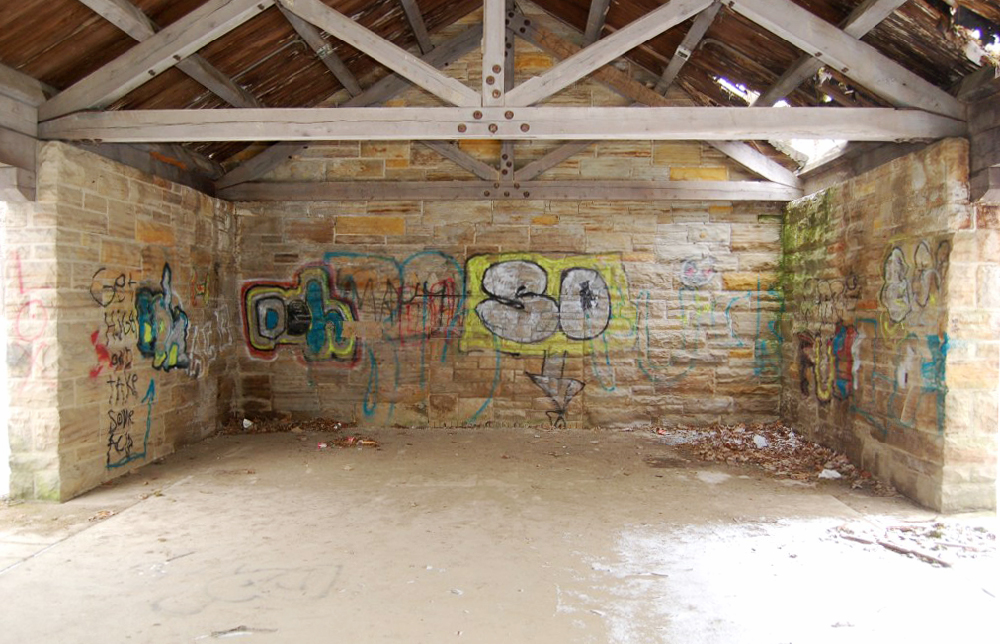 Galvanized by the pavilion’s endangered status, Friends of the Parks of Allen County — a group with a long-standing interest in the pavilion and the surrounding park — partnered with Fort Wayne Parks and Recreation to develop a fundraising strategy for the building’s rehab. The groups hope to raise enough to restore the pavilion to its original appearance and improve its accessibility. Plans also include clearing brush to open up views to St. Mary’s River, and adding paved trails to the adjoining Waynedale neighborhood.

Landscape designer George Kessler’s 1912 master plan for Fort Wayne’s parks and boulevards recommended the creation of a large park on both sides of the St. Mary’s River. Park Board President Colonel David Foster and his brother Samuel Foster donated 67 acres for its creation. Foster Park ranked as Fort Wayne’s largest park by 1926, spanning 255 acres. Along with Pavilion #3, its historic features include other pavilions, the city’s first public golf course, and a 1928 footbridge connecting the park to Indian Village Park.