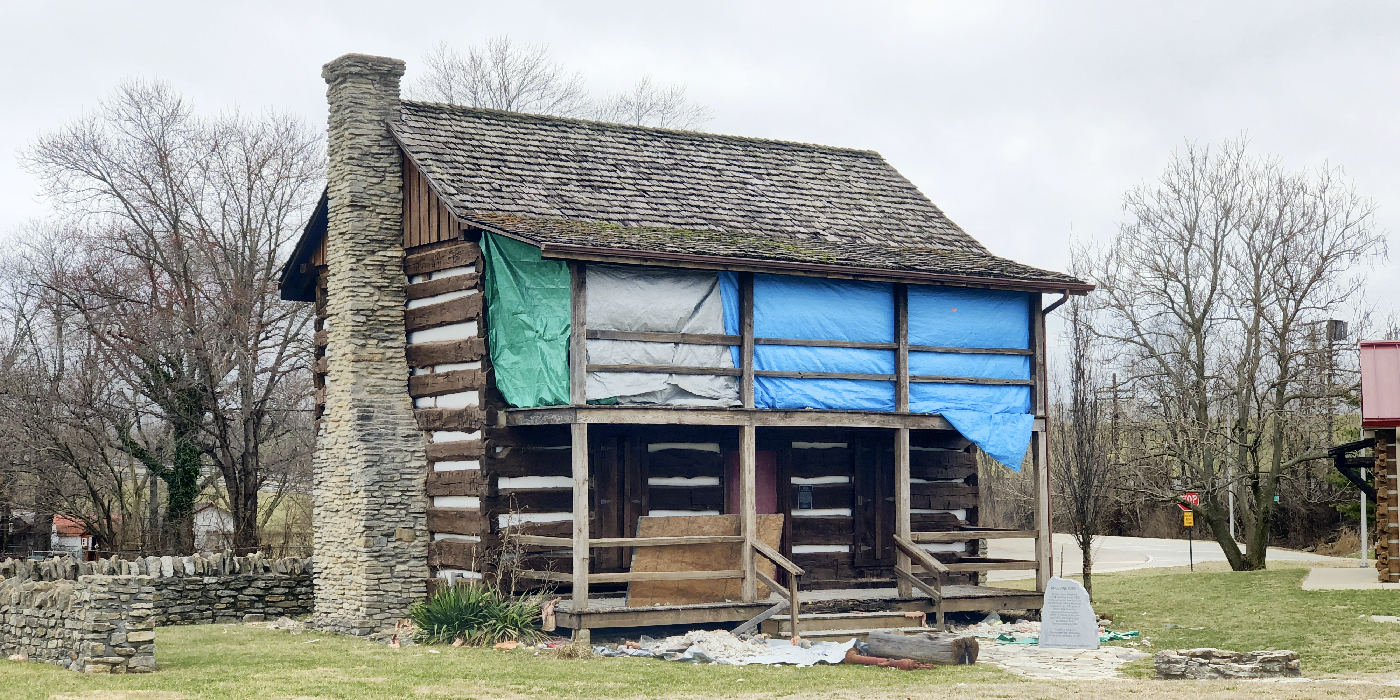 Out of the Woods

In Lawrenceburg, the historic Angevine Cabin is going under the knife, so to speak. Workers have been carving out and replacing failing chinking between logs and removing rotted wood as part of a top-to-bottom rehabilitation of the two-story log home.

Around 1820, James and Susan Angevine built the house on a hill above Tanners Creek to replace an earlier home destroyed by flooding. They raised many of their 12 children in the log house before building a brick home around 1830. The log house became a rental property, and over the next 150 years its condition declined. In 1988, Pat and Fred Kammer donated the landmark to Dearborn County Historical Society, which disassembled the cabin and moved it south to Lawrenceburg.

The society re-built the house on High Street near downtown, using it as a gathering and educational space, hosting living history programs for kids and adults and tours by appointment.

Last year, the society launched a campaign to raise money for much-needed repairs to the landmark. Thirty years after its reconstruction, chinking between the home’s logs had cracked and crumbled in spots. Some of the logs themselves showed advanced rot, and a non-historic porch had decayed. 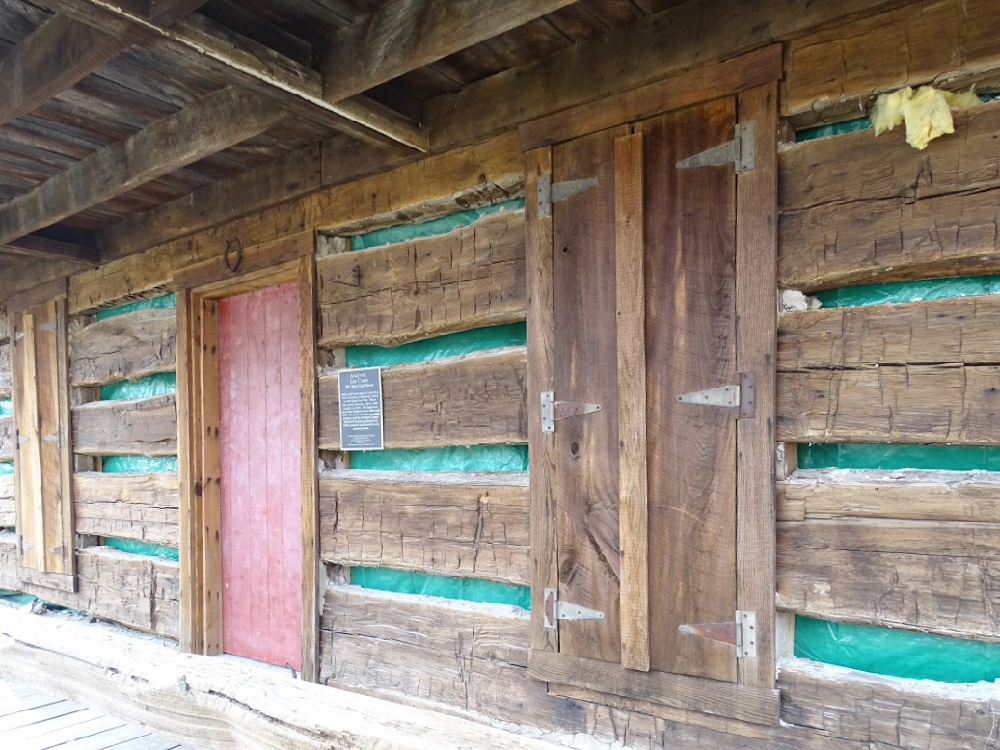 The historical society plans to resume its regular programming and tours when repairs are completed later this spring. Watch the Dearborn County Historical Society website or find the group on Facebook for information about the grand reopening.