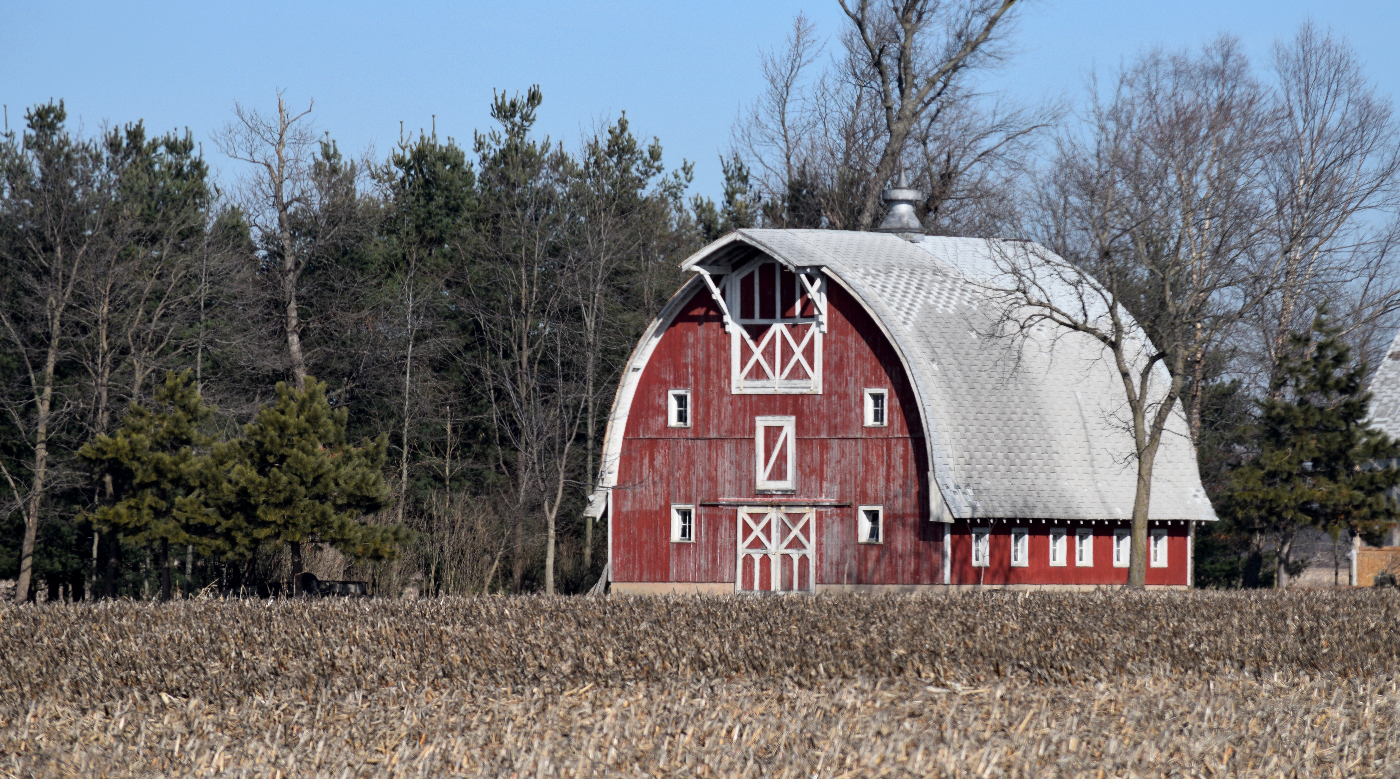 Newton County's new preservation commission will focus on rural landmarks, like the dairy barn with a “rainbow” roof outside the unincorporated town of Mt. Ayr.
POSTED ON March 20, 2019 BY Indiana Landmarks | News

As 2018 wound down, Newton County officials were busy doubling down on a commitment to preservation in Indiana’s youngest county (established in 1859). In December, the Newton County Board of Commissioners voted to form the George Ade Historic Preservation Commission, named in honor of native son, George Ade, a famous playwright and humorist.

The move to form a preservation commission follows community support for reinvigorating Hazelden, Ade’s historic estate, now owned and operated by the county. The newly formed George Ade commission will guide efforts at Hazelden, but its members will also work to protect landmarks across the county through local designation.

Most historic preservation commissions operate within the boundaries of a city or town, but the Newton County commission will work exclusively in unincorporated areas — meaning that it will focus on rural landmarks, such as historic homesteads, barns, and rural schools and churches.

County-wide commissions have an immense challenge taking on such a geographically large area. Landmarks in Newton County’s rural areas span more than a century of history. The Blann Cabin – relocated to the County Government Center in Morocco after a developer discovered it within a larger home being demolished – dates to the 1850s, approximately 20 years after white Europeans started settling along the Iroquois River. 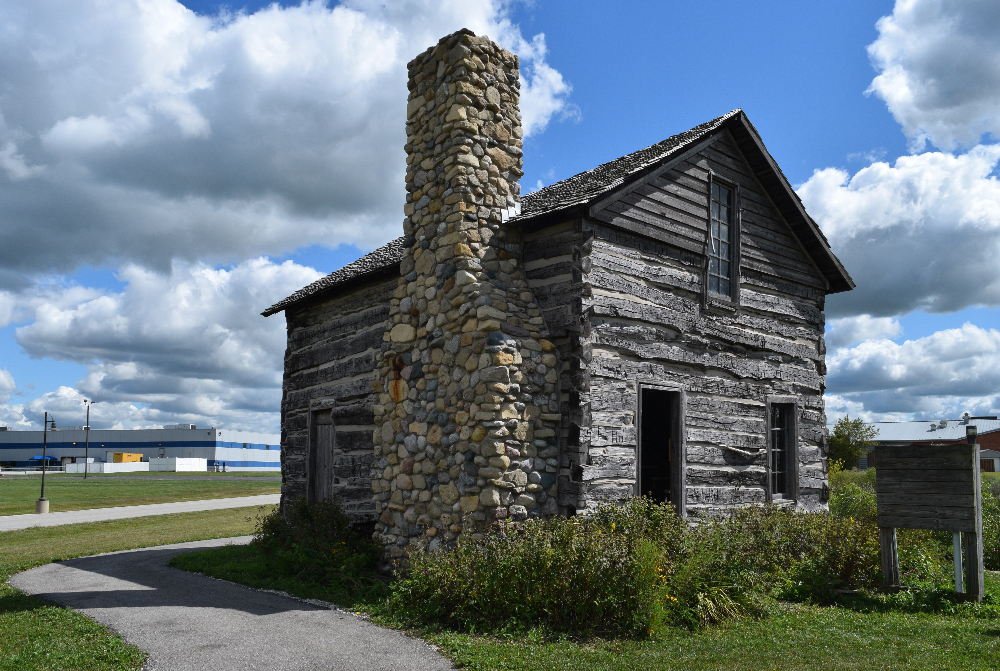 Drawn by the area’s abundant waterfowl and wild game, in the 1880s wealthy Chicagoans built hunting clubs and hotels in the county’s northern marshlands, creating a growing tourism economy around the area’s natural resources. The 1881 Diana Hunting Club and 1898 Fogli Hotel near Thayer are two examples from the era, both now used as private residences. 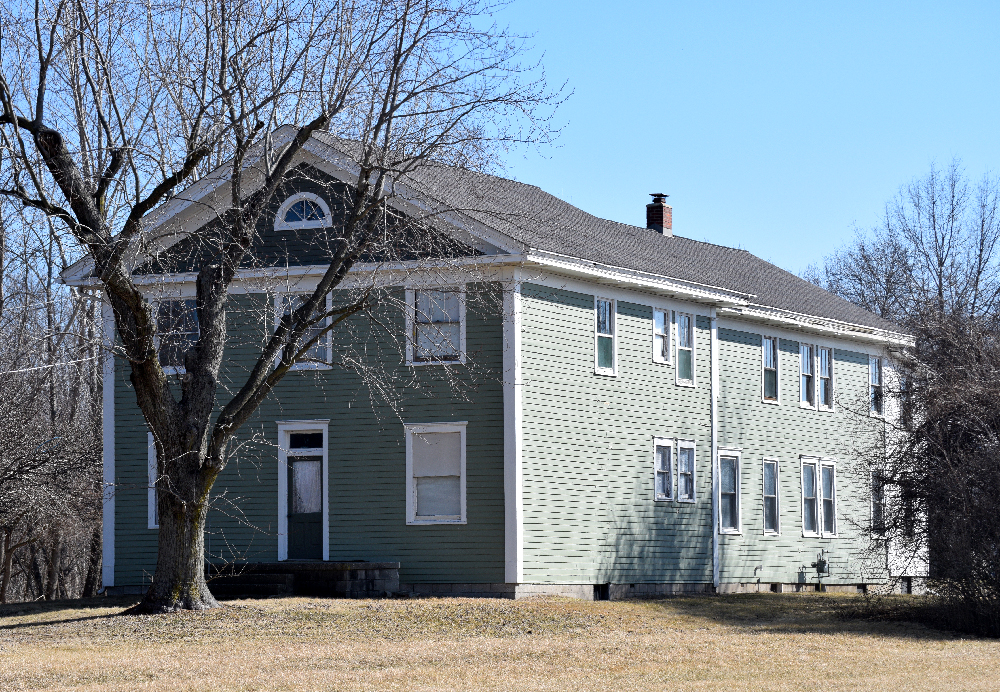 The county’s strong agricultural economy formed a rich landscape of historic farms with standout barns, including a dairy barn with a “rainbow” roof outside the unincorporated town of Mt. Ayr. Other landmarks with potential for designation by the new preservation commission include rural schools, historic grain elevators, and historic bridges – including the 1916 Conrad Bridge over Beave Lake Ditch on County Road 700 N. 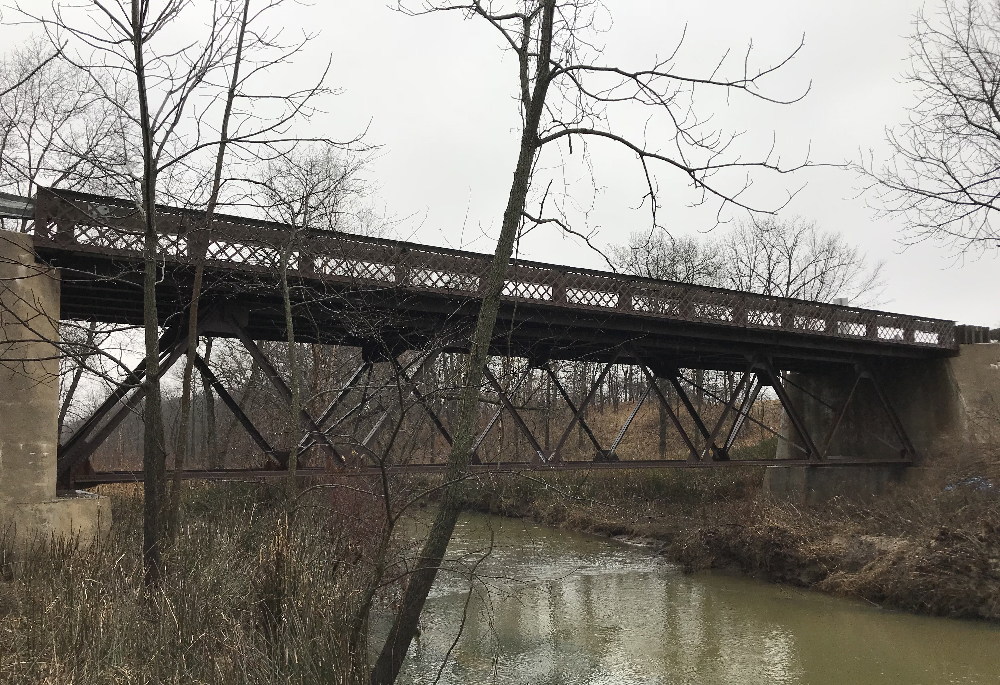