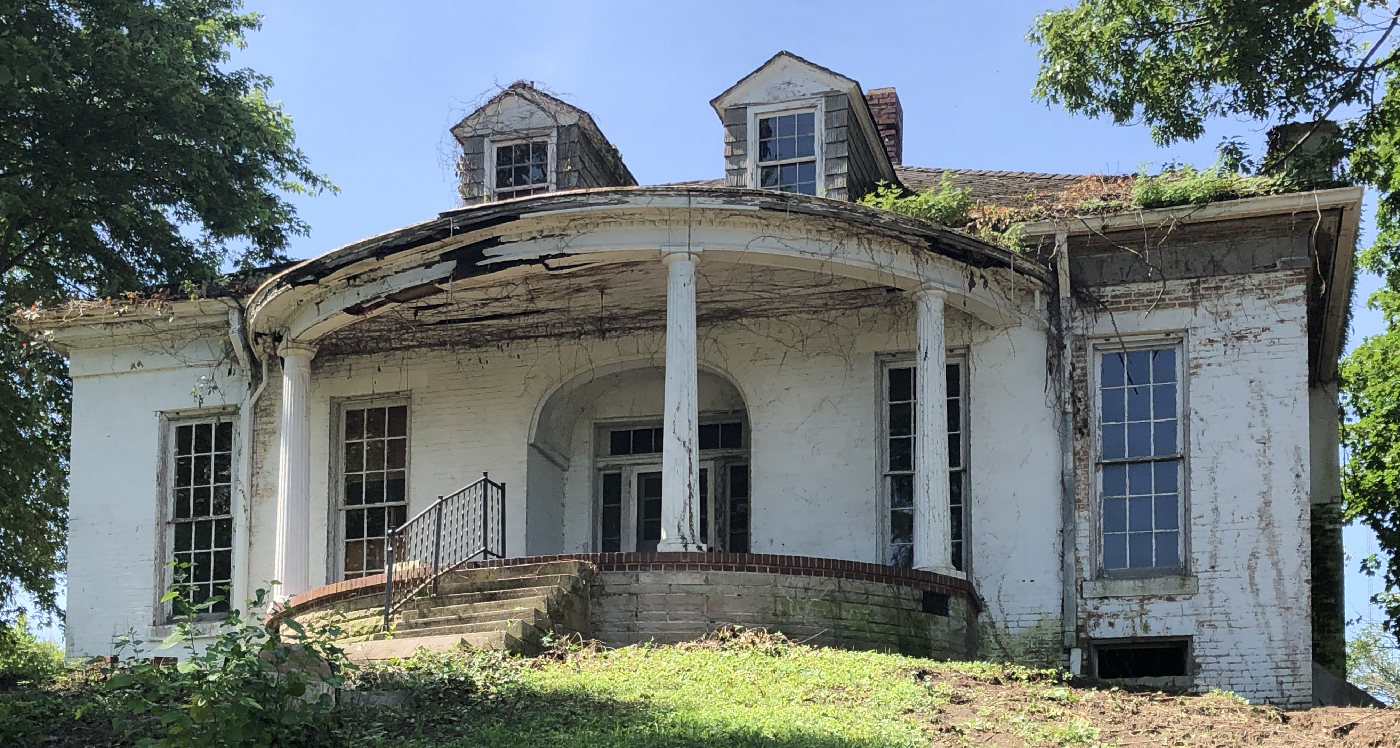 Update: the Brananman House did not sell at the auction in August. It continues to be threatened, but is now listed for sale for $210,000.

Little is known about the early history of the Federal-style home at 522 West Spring Street in Brownstown, though locals believe it was built around 1868. Even in decay, the home is handsome with Colonial Revival-style embellishments—including a distinctive rounded porch—dating to the 1920s.

Named for Thomas H. Branaman, a notable local attorney and state senator who occupied it in the mid-1900s, the house played a visible role in local history. A newspaper account described the house and property as “manicured by Tom Branaman into a showplace, with sunken gardens and a large fishpond.” Such a showplace, in fact, that the house served as the backdrop for decades of school club and team photos for students from nearby Brownstown High School.

However, recent history has less kind to the home. In 2018, a Florida investor who owns scores of troubled properties bought the house—by then vacant and neglected. 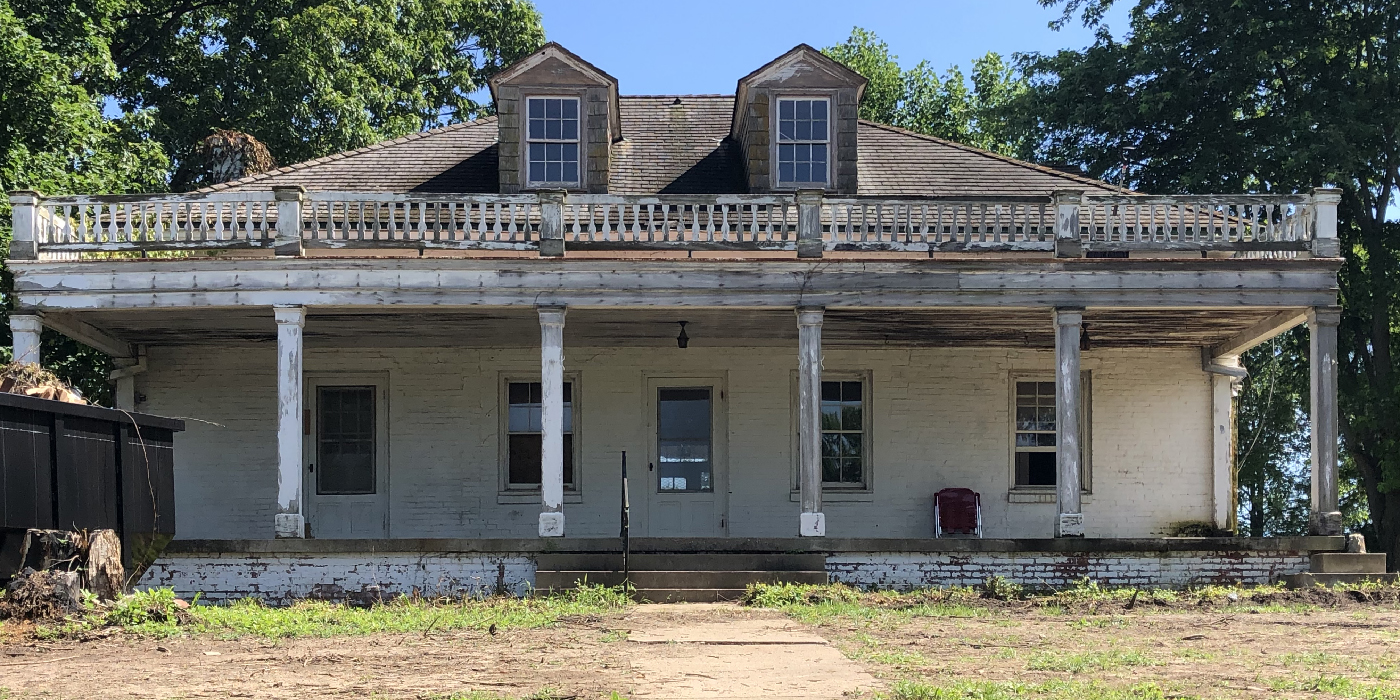 A pair of local investors bought the property earlier this year and began the daunting task of clearing the overgrown two-acre lot and removing debris collected in the house. They are now marketing the property for sale or new development.

It’s the latter has many preservation advocates concerned. The large hilltop lot—which runs the width of an entire city block—would easily accommodate four building lots with a view, in a prominent location in this county seat community.

The house appears to be structurally sound in spite of deferred maintenance, and Indiana Landmarks would love to find a preservation-minded buyer to save the property.

With approximately 1,900 square feet, the home retains many original features, including its staircase, one fireplace mantel, and woodwork. The site also features a garage, a second outbuilding, and Mr. Branaman’s fish pond. 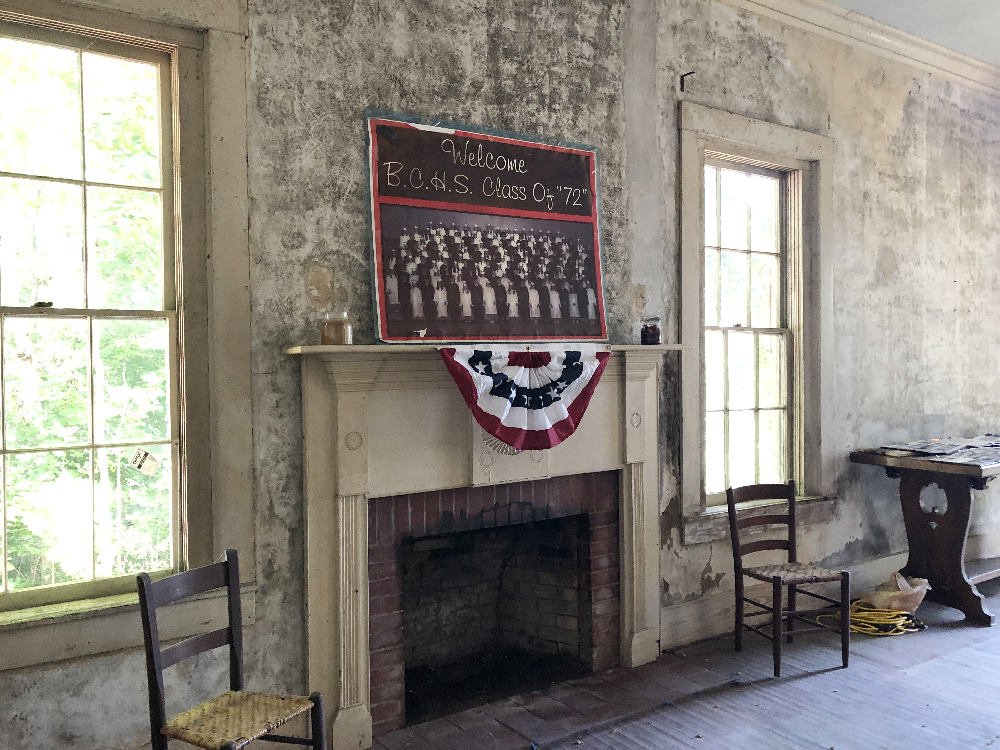 Ready to take on the project? Staff from Indiana Landmarks’ Southern Regional Office would be happy to offer advice on developing a preservation plan for the unique property. Contact us at 812-284-4534, south@indianalandmarks.org.