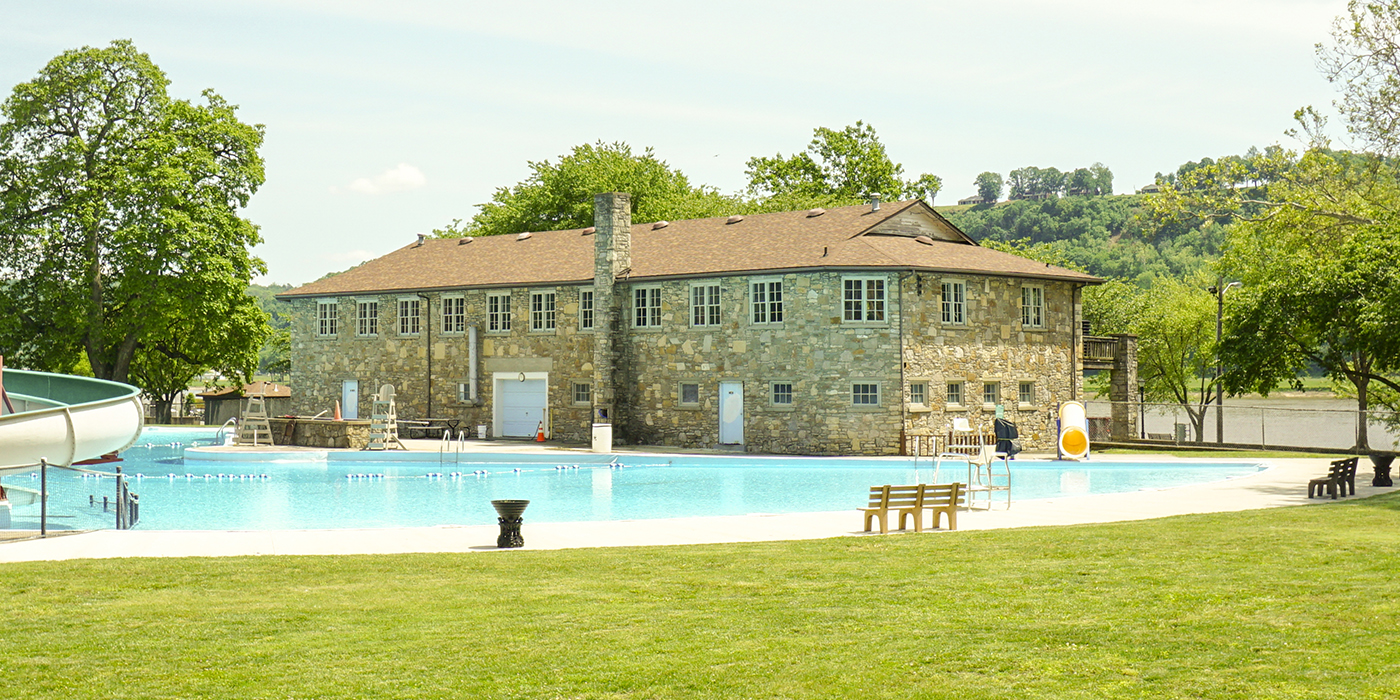 Once upon a time, cool water and a place to throw your towel were all it took to make a swimming pool. In the early twentieth century, as Americans with more leisure time sought relief from summer heat at public pools, parks and clubs got more creative, introducing novelties like sandy “beaches” and decks for sun-bathing to make their pools recreational destinations.

Though it’s increasingly rare to find historic pools previous generations of swimmers would still recognize, Crystal Beach Pool in Madison retains its historic shape and bath house, even as plans are underway to renovate the site for the future.

“It’s one of those places where grandparents can take their grandkids and tell them stories about the crazy things they used to do at the same location,” says Nicole Schell, Madison’s city planner and preservation coordinator. “It’s great to see everyone enjoying the space regardless of age.” 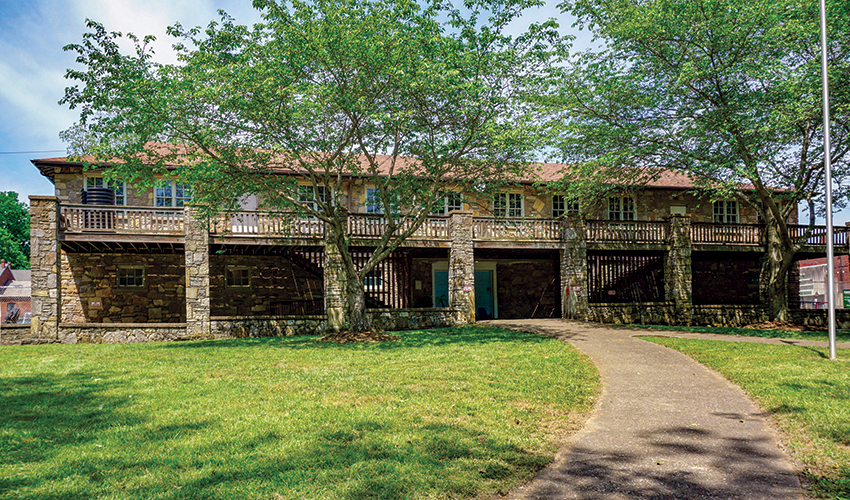 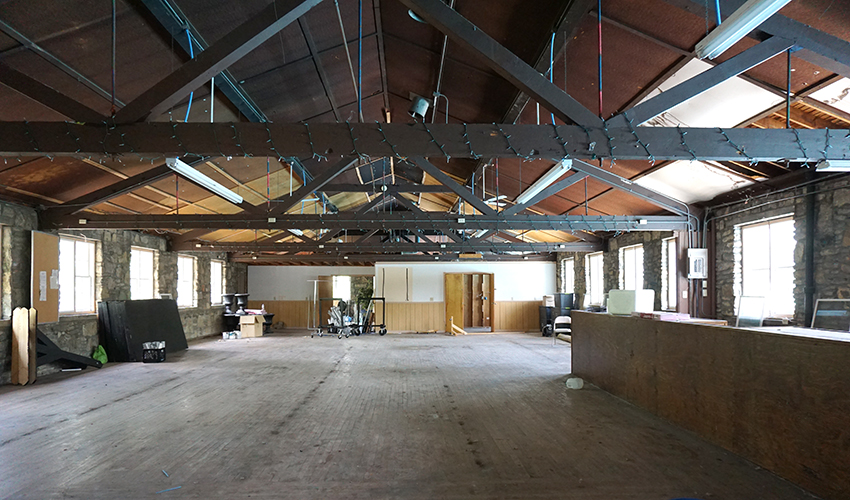 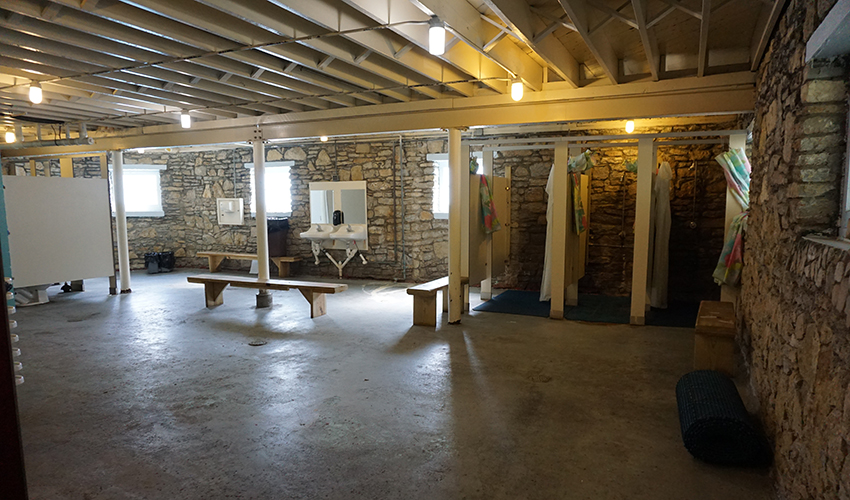 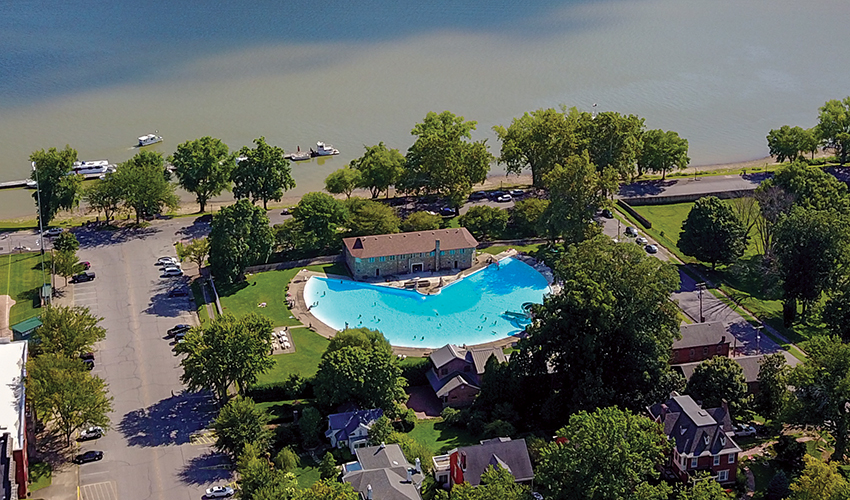 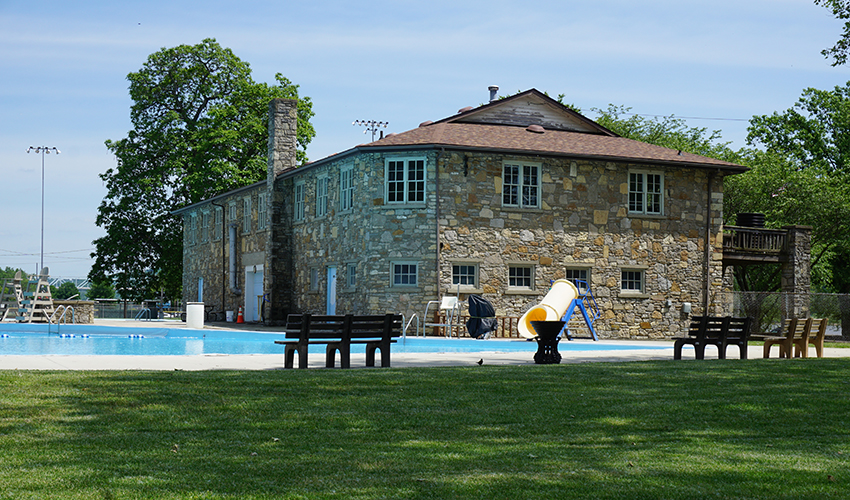 Works Progress Administration workers built the Crystal Beach Pool and Bath House between 1937 and 1939, incorporating innovative features including underwater lights and a sand border around the 20,000-gallon concrete pool’s perimeter.

Vincennes architect Lester Routt designed the two-story Craftsman bath house, constructed of rough-cut stone salvaged from the foundation of a mill demolished nearby. The ground level held changing rooms and concessions, and the upper floor served as a community gathering space.

When declining attendance and necessary repairs threatened the pool’s future in the early 2000s, advocates lobbied to save the landmark. The City listened, funding renovations in 2005, including a new pool liner, slide, filtration system, and play equipment.

Today, the City is planning to renovate Crystal Beach Pool and Bath House once again as part of revitalization efforts connected to Madison’s Stellar City designation. Planned updates include making the bath house fully accessible, a project partially funded through the state’s Community Development Block Grants. Work is tentatively planned to start at the close of this year’s pool season. In the meantime, Crystal Beach remains a popular place to cool off in the sticky summer months.