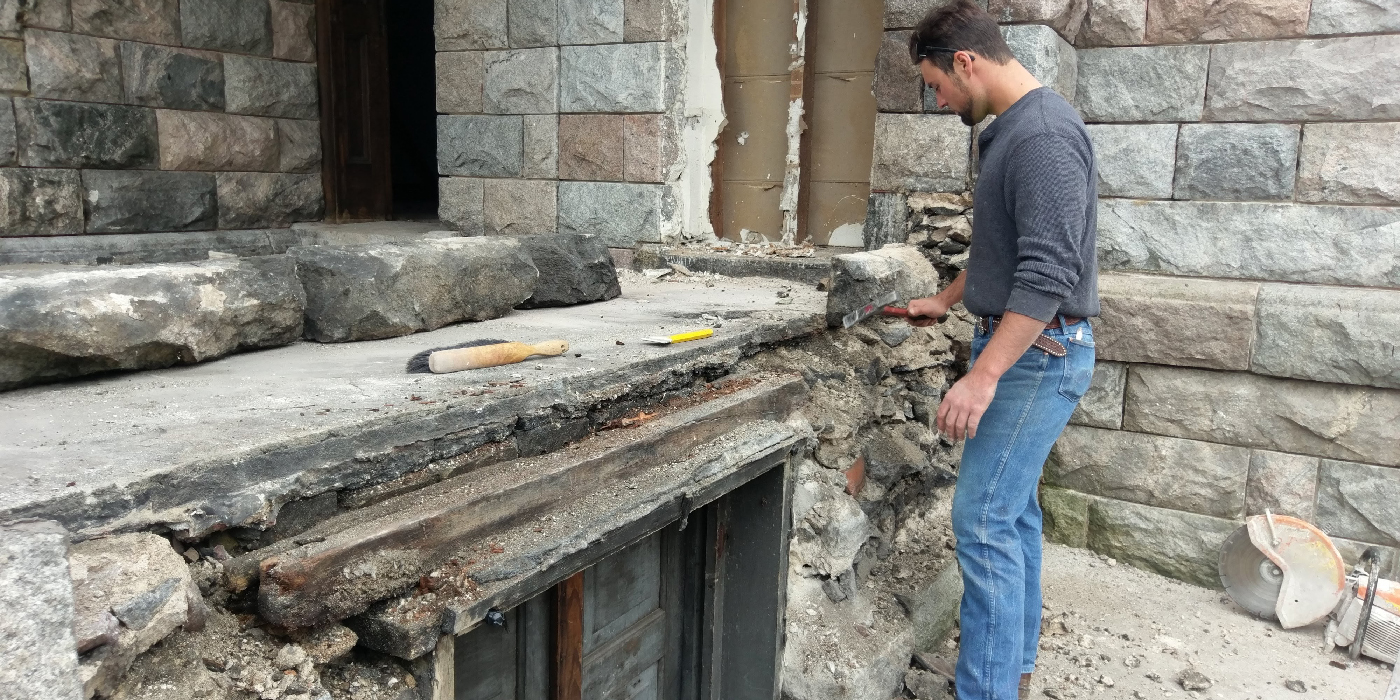 Masters of Their Craft

As historic structures age, their maintenance and repair call for many of those same skills. It takes special expertise to mend ornate plaster, repair slate and clay roof tiles, replicate historic woodwork, conserve stained glass, or duplicate vintage wallpaper. But it’s becoming harder to find crafts and tradespeople with the will and experience to take on such work.

According to a 2019 survey conducted by Associated General Contractors of America, 80 percent of construction firms reported having a hard time finding qualified workers to fill hourly positions.  Anecdotal evidence suggests that finding those with the specialized skills to work on historic homes and commercial buildings is becoming an equally—if not more—challenging.

“This is hard work, and it takes a special individual to want to do that work,” says Brad Dennis, project manager for South Bend-based ZiolkowskiConstruction. “Every year it gets harder and harder to obtain qualified technicians.”

Founded in 1974, the company started a masonry division in 1980 and restoration division in 1993, repairing landmarks including the University of Notre Dame’s Main Building in South Bend, the University of Saint Francis’s Bass Mansion in Fort Wayne, St. Paul’s Cathedral in Birmingham, Alabama, and our own Kizer House in South Bend. Dennis, who has been working in the industry for the past 38 years, gained his specialized knowledge through formal training, learning from lifelong tradesmen, and “good old hard knocks.”

In recent decades, he’s seen construction trades frequently excluded from area college and career days, leaving those in the industry to coordinate separate recruiting efforts. “It’s discouraging that there’s this mindset that if you’re not going to college, you’re not worth as much,” says Dennis. “People who work in our industry go through apprentice and journeyman training and make some nice money and a nice living. I think we contribute a lot to the world as far as maintaining structures. We save history.”

Ball State University Professor Ron Morris has renovated two historic homes in Centerville, beginning with the c.1830 James Rariden House. Next year, he hopes to wrap up most of the work at 1848 Gov. Oliver P. Morton House, which he acquired from Indiana Landmarks in 2012. With only a decade separating the two projects, Morris found it more difficult to find qualified workers for the Morton House than he did for his first project. “It’s been a painful trial and error process. It’s about finding that person who is a problem solver and is willing to match their skills to the project,” says Morris. “The plumbers I have working on the Morton House are brothers getting ready to retire. I’ve told them they can’t until they’ve finished the house’s last bathroom.” 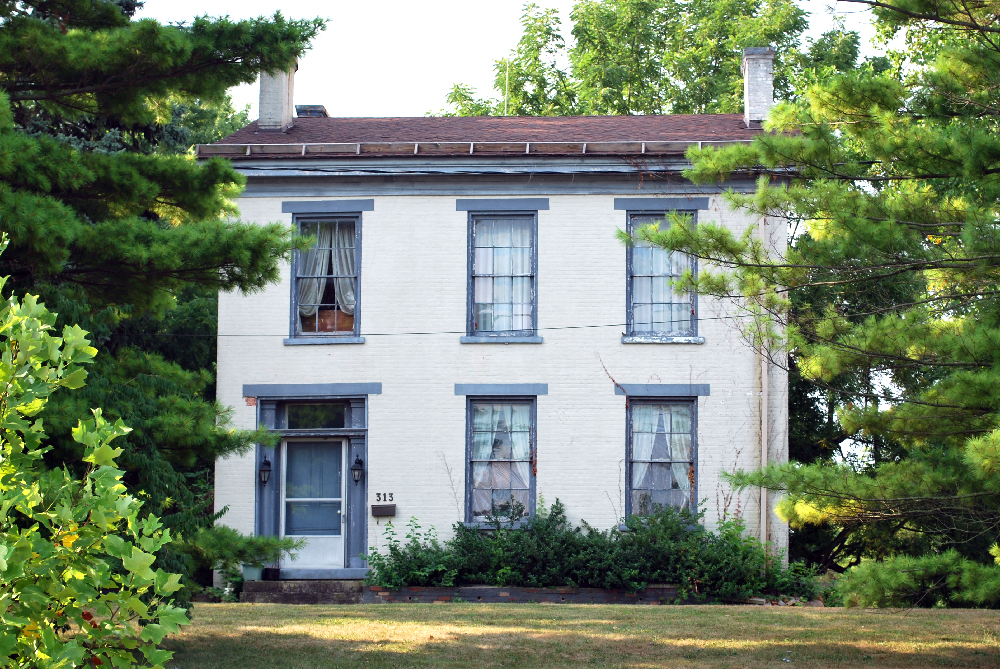 A series of serendipitous discoveries is helping Morris bring back the home’s historic wallpaper. Earlier owners had ripped out most of the historic wall covering, leaving behind only a shred, which Morris discovered while taking down a wall added to the house in the 1920s. In searching for companies that could replicate the design, he was impressed by the historic wallpaper replicated during restoration of the Delphi Opera House by Wabash-based Aesthetic Interiors. Instead of using a traditional silk-screening method to produce the design, the company uses computer programs to re-create the pattern. [MW1] “They were very conscious about replicating my design and got the colors and proportions just right,” says Morris.

In 2016, workers began undertaking the monumental effort of repairing masonry on the Kizer House in South Bend. An exterior wall hidden by an addition helped unlock clues to the original mortar color and detailing. When he couldn’t find commercially manufactured tools that could accurately re-create the bead joint between stones, lead tuck-pointer Tony Bowen called in reinforcements—his father, Dan England. A retired machinist for Bethlehem Steel, England crafted tools to match the different-sized horizontal and vertical mortar joints specific to the house. Armed with the correct tools and materials, workers brought the house’s original character back into sharp focus. 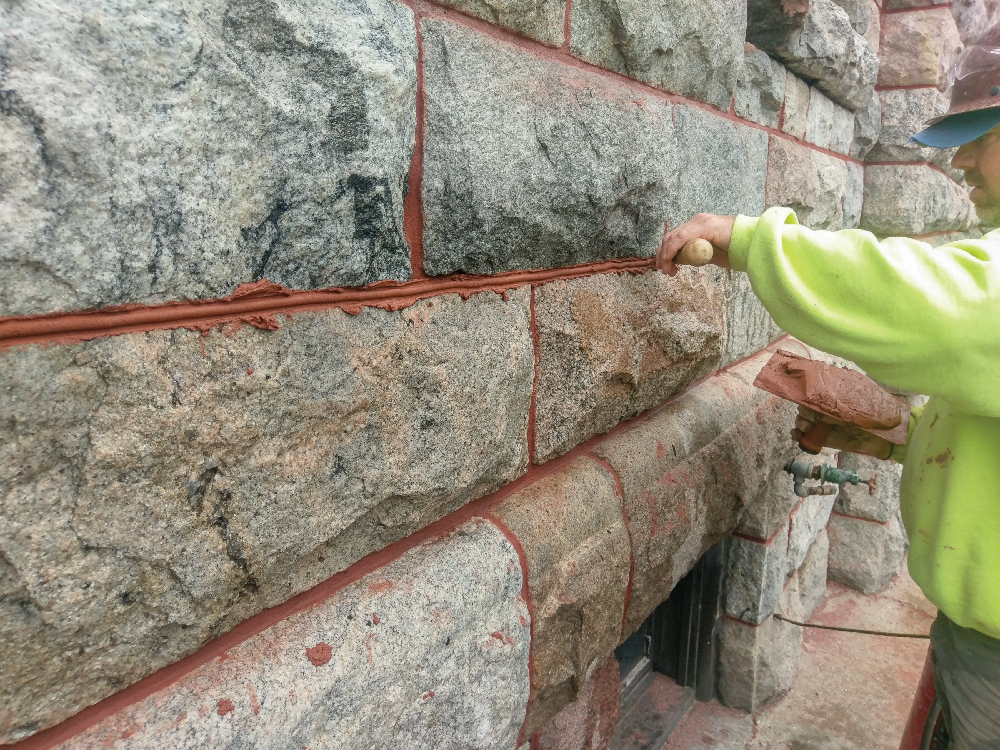 In Indianapolis, veteran rehabbers Joe Everhart and Ken Ramsay knew they had to get the details right in renovating one of the Near Eastside neighborhood’s most significant architectural treasures. Hidden behind a layer of ivy for many years, the house at 1454 East 10th Street was constructed in 1885 for William Prosser, the English-born artisan responsible for all of the ornamental plasterwork in the Indiana State House.
Though modest in size, the home became a showcase for Prosser’s prodigious skill, appointed inside and out with exuberant plasterwork: plaster quoins and cornices, stucco etched to create the illusion of ashlar masonry, and delicate classical plaster ceiling moldings. 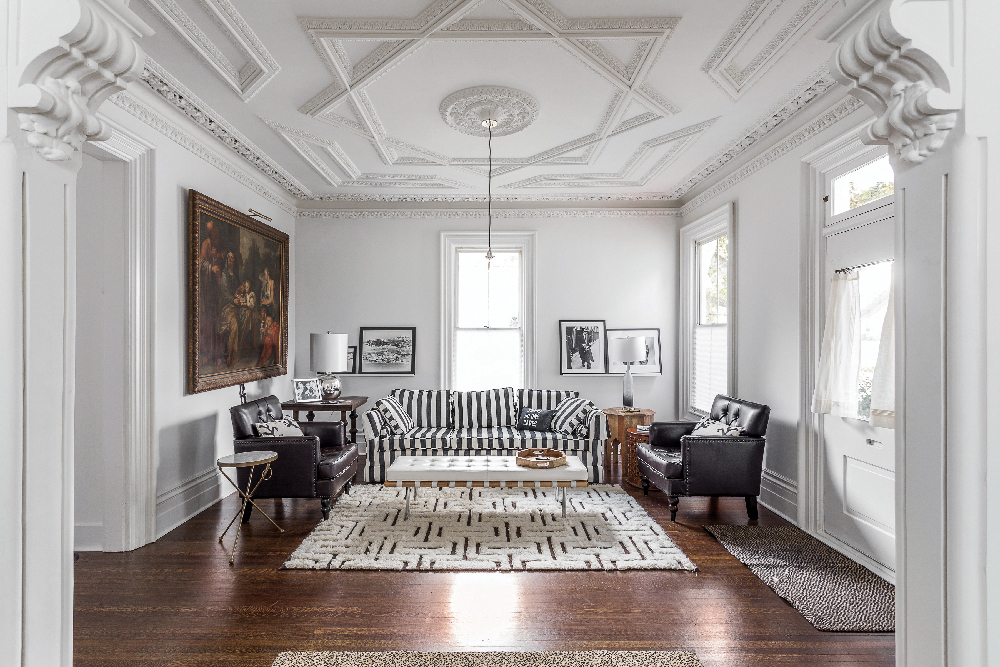 Years of neglect and water infiltration left much of the plaster heavily damaged, so Everhart and Ramsay hired Indianapolis-based Red Line to repair the delicate plasterwork, coordinating with Indiana Landmarks to make sure all work met the standards of our easement on the house. Following a rehabilitation worthy of Architectural Digest, Everhart and Ramsey sold the home for $375,000, earning the 2019 Old House Rehab Award presented by our central regional office.

You can read more about people who work in the preservation trades in Indiana in the November/December 2019 issue of Indiana Preservation.