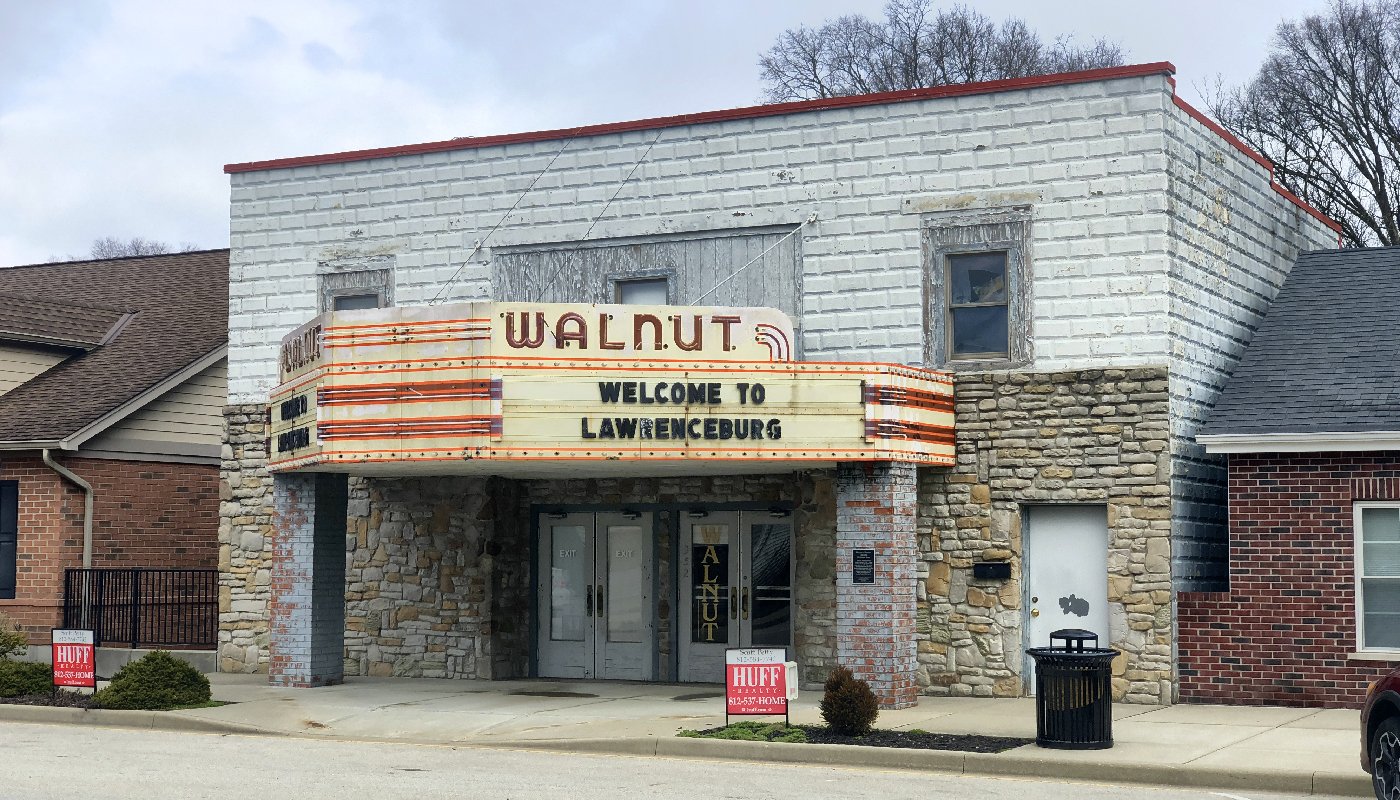 Located on Lawrenceburg’s main thoroughfare just blocks from the Ohio River, the historic Walnut Theatre is ready for a comeback. The single-screen movie theatre stopped showing films a decade ago and has only opened a few times since for musical performances. Now on the market, the theater offers a great opportunity for a new arts and entertainment amenity in downtown Lawrenceburg.

Though the Walnut originally opened in 1925 with seating for about 500, the infamous 1937 Ohio River flood submerged the structure and lifted its roof. The subsequent remodel added the theater’s Art Deco features, including metal panels on the façade — currently covered by a faux stone veneer — that coordinate with a neon marquee, which still operates today.

The Walnut is one of only two historic theaters remaining in Lawrenceburg. The other, the Liberty Theatre, is an 1896 German music hall converted to show movies in 1921.

Bringing back an arts and entertainment venue like the Walnut would offer another amenity in the historic downtown and provide new opportunities to attract visitors and investors.

“Theaters often become a defining element in small downtowns,” says Lawrenceburg Main Street Director Michelle Cone. “A theater could draw business to the entire downtown throughout the entire year, which is especially important during the winter months. Bringing more entertainment options to downtown on a regular basis would be a huge benefit for local business owners.”

Today the Walnut Theatre offers seating for just under 300 on a raked wooden floor. The single screen, sound system, and film projector are still intact and operable, along with a fully equipped concession stand. A small, removable stage is parked in front of the screen for live music acts as well. 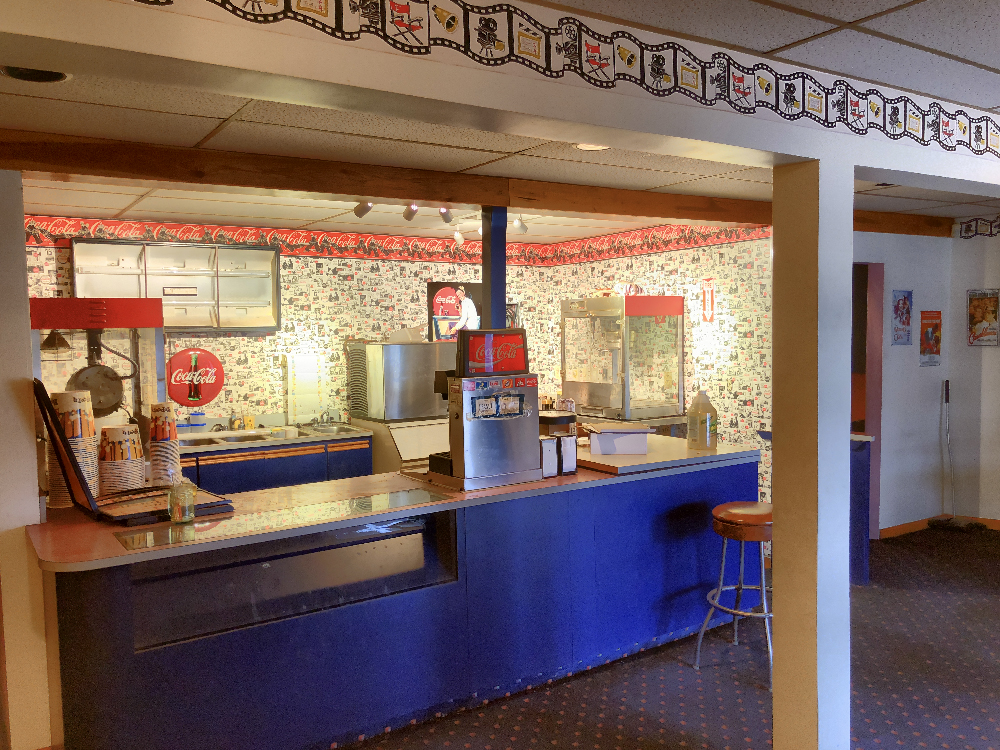 Though a roof leak caused minor damage to one wall, the roof has since been repaired. A small area to the rear of the building could provide space to add dressing rooms or green rooms. An adjacent building is also for sale, allowing the opportunity to connect the two for support facilities.

To find out more about the Walnut Theatre contact Scott Petty with Huff Realty.