Most people go to the post office to mail a package or pick up a book of stamps, but lucky patrons may also have a chance to stop and admire a beautiful piece of art. If your post office was built in the 1930s and 1940s, take a close look the next time you step into the lobby. You may be in for a treat!

During the Depression, the federal government sought to put people to work through a number of initiatives as part of the New Deal, including funding for public art projects.

In 1934, Secretary of the Treasury Henry Morgenthau, Jr., established the Section of Painting and Sculpture, aimed at decorating public buildings, enriching the cultural experience of Americans, and offering financial relief for unemployed artists. Reasoning that most people visited post offices, the Section focused on commissioning murals at post offices across the country. Two years later, Indiana received its first post office murals, a pair painted by Henrik Martin Mayer in Lafayette. The Monticello Post Office received the state’s last mural in November 1942. 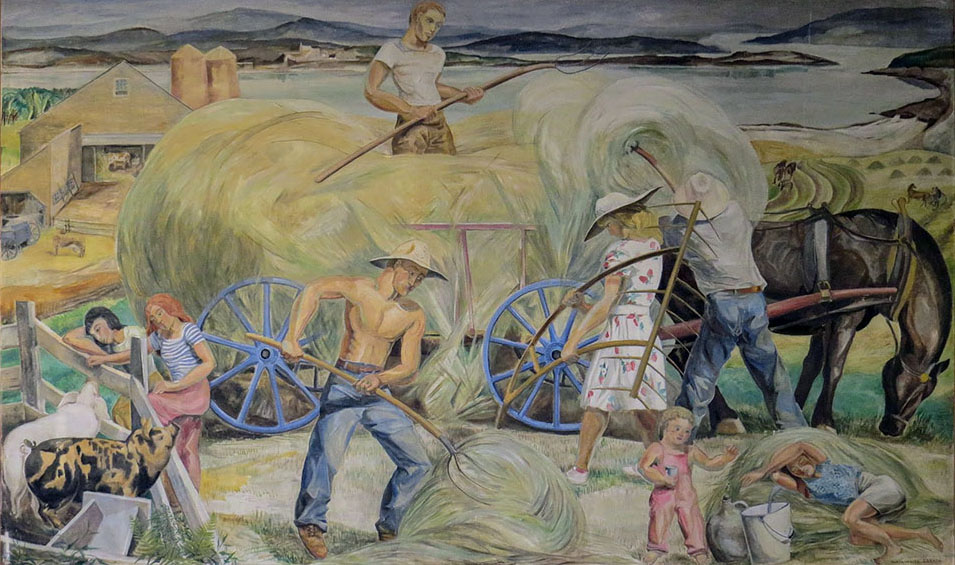 In order to promote high-quality art, the Section selected artists via a competitive process, asking them to submit proposals that reflected the host community, even encouraging artists to interview residents for inspiration. In some cases, exceptionally talented artists would be personally invited to take on a commission. Pay to artists ranged from $600 to $1,000 for work that could take up to a year. By the end of the program in 1942, the Section had spent about $1.8 million (nearly $30 million in 2020) on 1,047 murals and 268 sculptures nationwide.

John E. Costigan’s 1938 mural for the Rensselaer post office depicts a family of five taking a break from daily chores to receive the mail.

Post office murals often depicted archetypes of Americans (farmers, laborers, pioneers, etc.), real people from the community or region, fictional characters, or some combination of the three. Crown Point’s post office mural centers around Solon Robinson, the city’s founder, and Mewonitoc, the eponym of Robinson’s 1867 novel on his interactions with Native Americans in northwest Indiana. 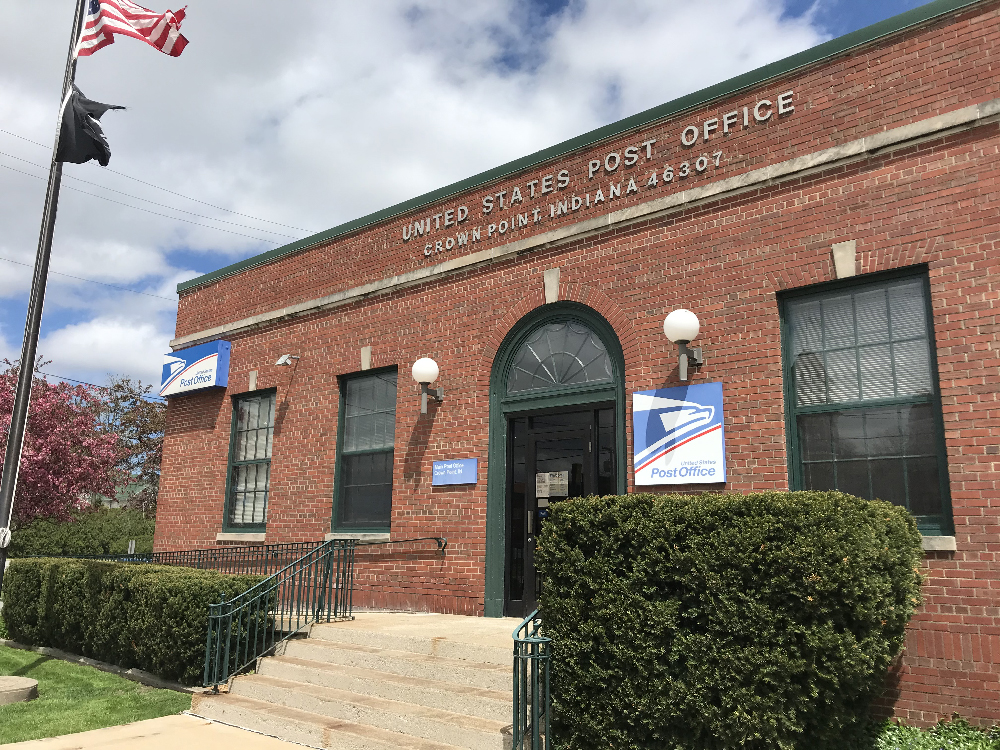 Originally, 37 Indiana post offices received murals through the Section’s program; 36 remain today. For further reading check out The Living New Deal, an online project documenting the impact of New Deal programs, or A Simple and Vital Design: The Story of the Indiana Post Office Murals by John C. Carlisle.