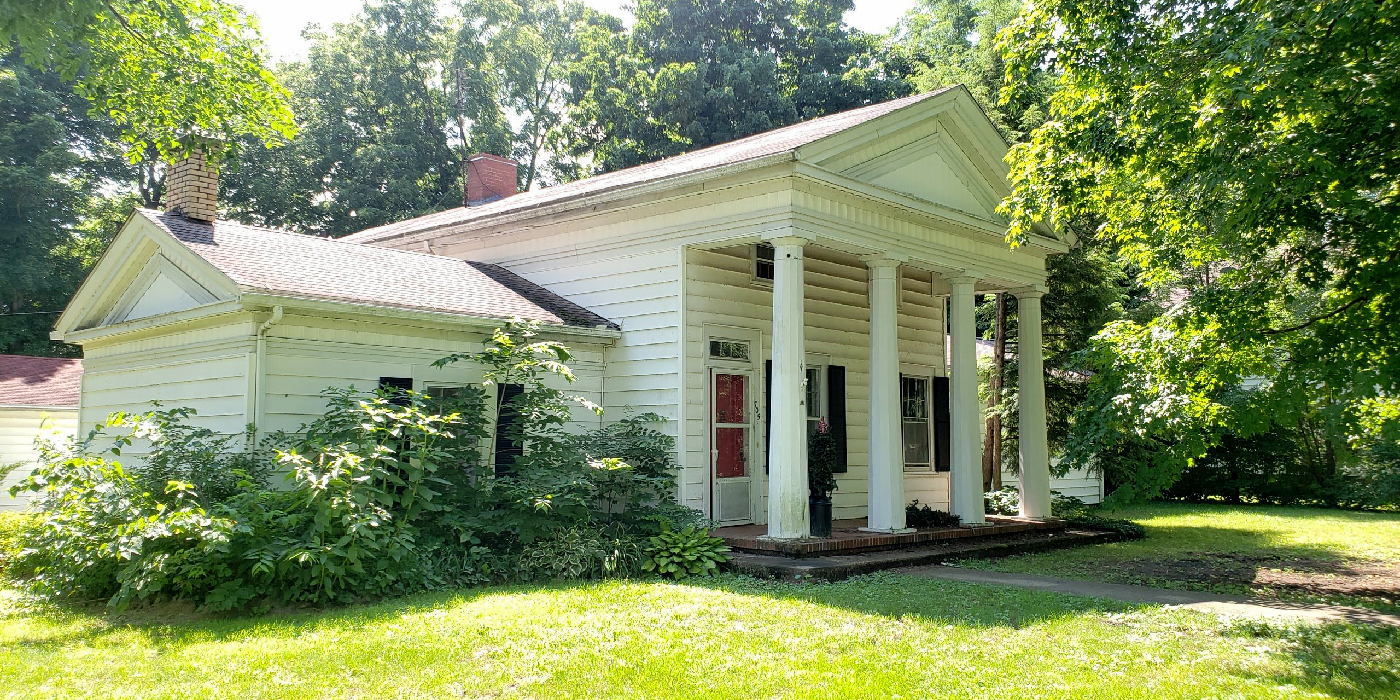 Boston native John Howe settled in northern Indiana in 1833, teaching school in a log cabin while he studied law. He was admitted to the bar in 1834, becoming LaGrange County’s first lawyer. He built his Greek Revival-style cottage in the 1840s and took up residence there with his wife, Frances Marie Glidden Howe. A state representative, Howe lived in the homestead when he helped pen the Indiana Constitution in 1851. 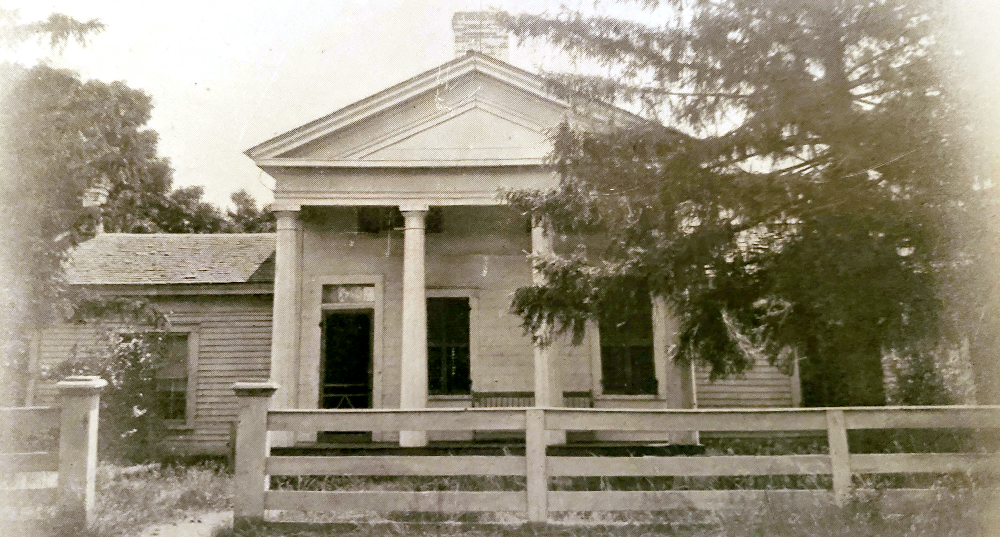 He continued working as a teacher and attorney, becoming prosperous enough to build the 1875 Second Empire-style Howe Mansion down the street, a current entry on Indiana Landmarks’ 10 Most Endangered List.

An ardent educator, Howe established several area schools during his lifetime. Upon his death, Frances used his estate to start the school that would become Howe Military Academy.

Following closure of the Howe Military Academy in 2019, the school’s Board of Trustees donated the original homestead to Indiana Landmarks to ensure its future. We’ve also been working with the board to stabilize the nearby Howe Mansion, using a $7,500 grant from the Efroymson Family Fund of the Central Indiana Community Foundation to make temporary repairs and deter further water infiltration.

Howe’s Greek Revival cottage remains in remarkably original condition, including its historic windows and layout. Indiana Landmarks plans to rehabilitate the exterior by removing vinyl siding and restoring the windows, and make interior improvements including updated electric and plumbing systems and a new kitchen and bathrooms. “We’ll preserve the best of the house while making it modern and livable,” notes Todd Zeiger, director of Indiana Landmarks’ Northern Regional Office. “A new owner, only the third in the house’s 180-year history, will be able to move in and immediately call the place home.”

The property will be sold with preservation covenants protecting the house’s exterior. For more information, contact Todd Zeiger, tzeiger@indianalandmarks.org, 574-232-4534.