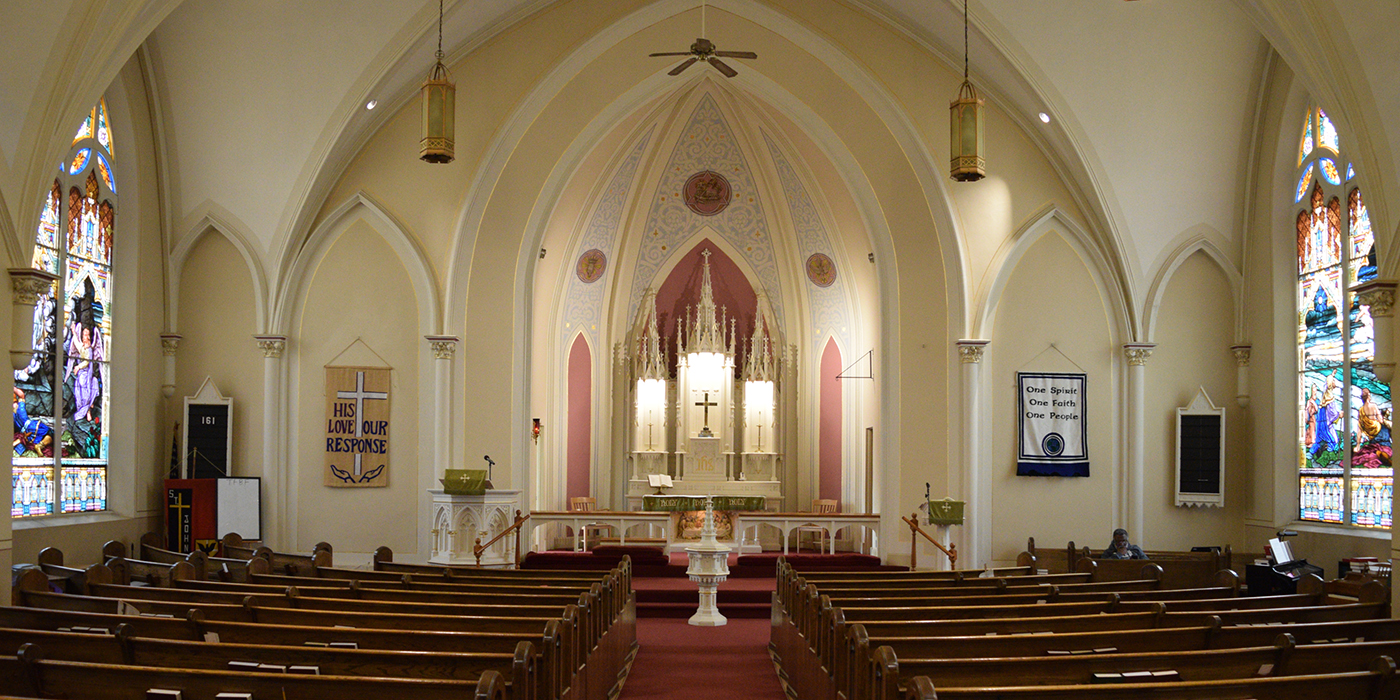 St. John’s Evangelical Lutheran Church was founded by Gary’s oldest congregation, a distinction augmented by the church’s addition to the National Register of Historic Places.

St. John’s traces its earliest services to 1863, when German Lutheran immigrants arrived in Tolleston, drawn by local railroad jobs. Members erected a wood frame church in 1869, repurposing it as a school after they built a larger brick church in 1888. 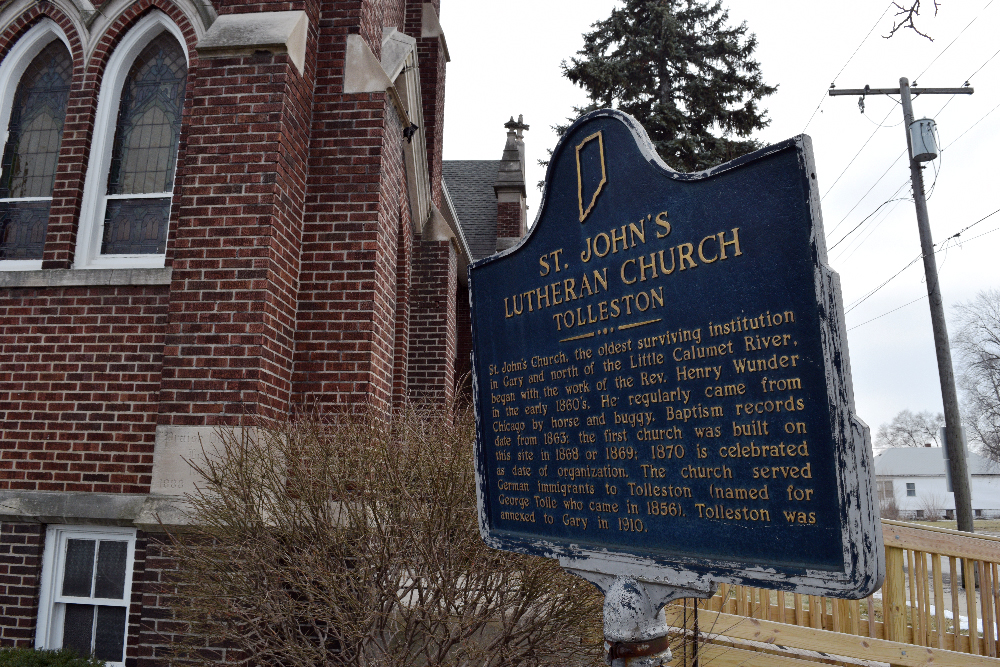 As Gary’s steel mills drew increasing numbers of families to the area, the church grew as well. In 1914, the congregation built a two-story Neoclassical school, educating hundreds of children each year. In 1922, St. John’s demolished its brick church building to make way for the current structure, completed a year later.

German immigrant and carpenter-turned-architect Julius Kaaz designed the new church and supplied all the decorative plaster and milled woodwork from his shop in Atchison, Kansas. Today, the dual towers of the 1923 Gothic Revival church stand out among the one- and two-story homes of Tolleston, now a neighborhood of Gary. 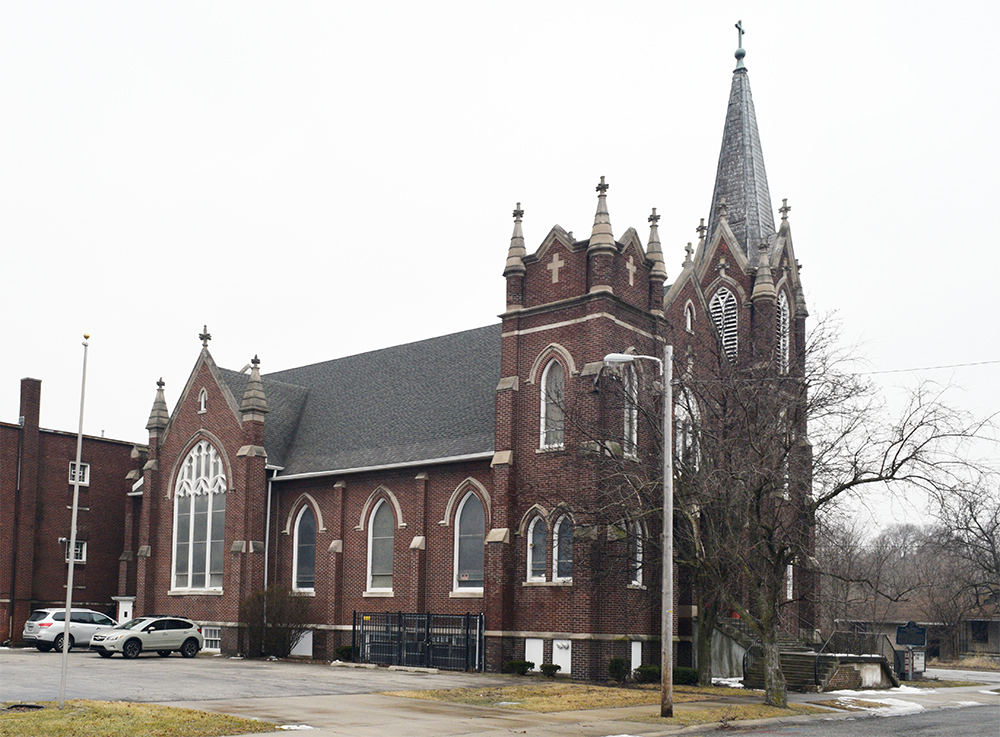 Eight stained glass windows depicting the life and teachings of Jesus line the walls of the sanctuary, all designed and produced by the Chicago-based Gianinni and Hilgart Studio. The congregation’s German-speaking roots remain visible today in the school’s cornerstone, which reads Weide meine Lammer or “Feed My Lambs.” The last all-German service was conducted in 1954.

In keeping with its focus on community outreach, in the 1960s St. John’s notably addressed the changing demographics in the face of white flight. Pastor Robert Clausen and Interim Pastor Karl Lutz canvassed the neighborhood to welcome African American families and to invite them to become members.

Though in-person gatherings have been put on pause, Reverend Delwyn Campbell continues to lead online services from the historic sanctuary built nearly a century ago. The church’s newest initiative is the Tolleston Community Garden, providing fresh produce and a place for neighbors to gather. Rev. Campbell hopes to build on St. John’s long tradition of public service by reviving the historic school building for additional community programs. 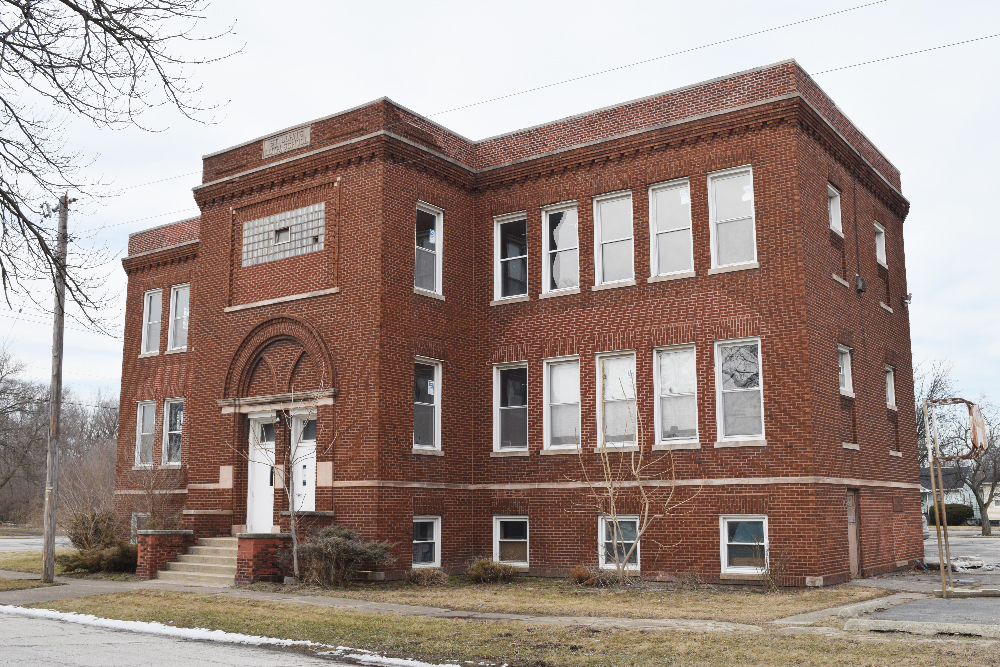