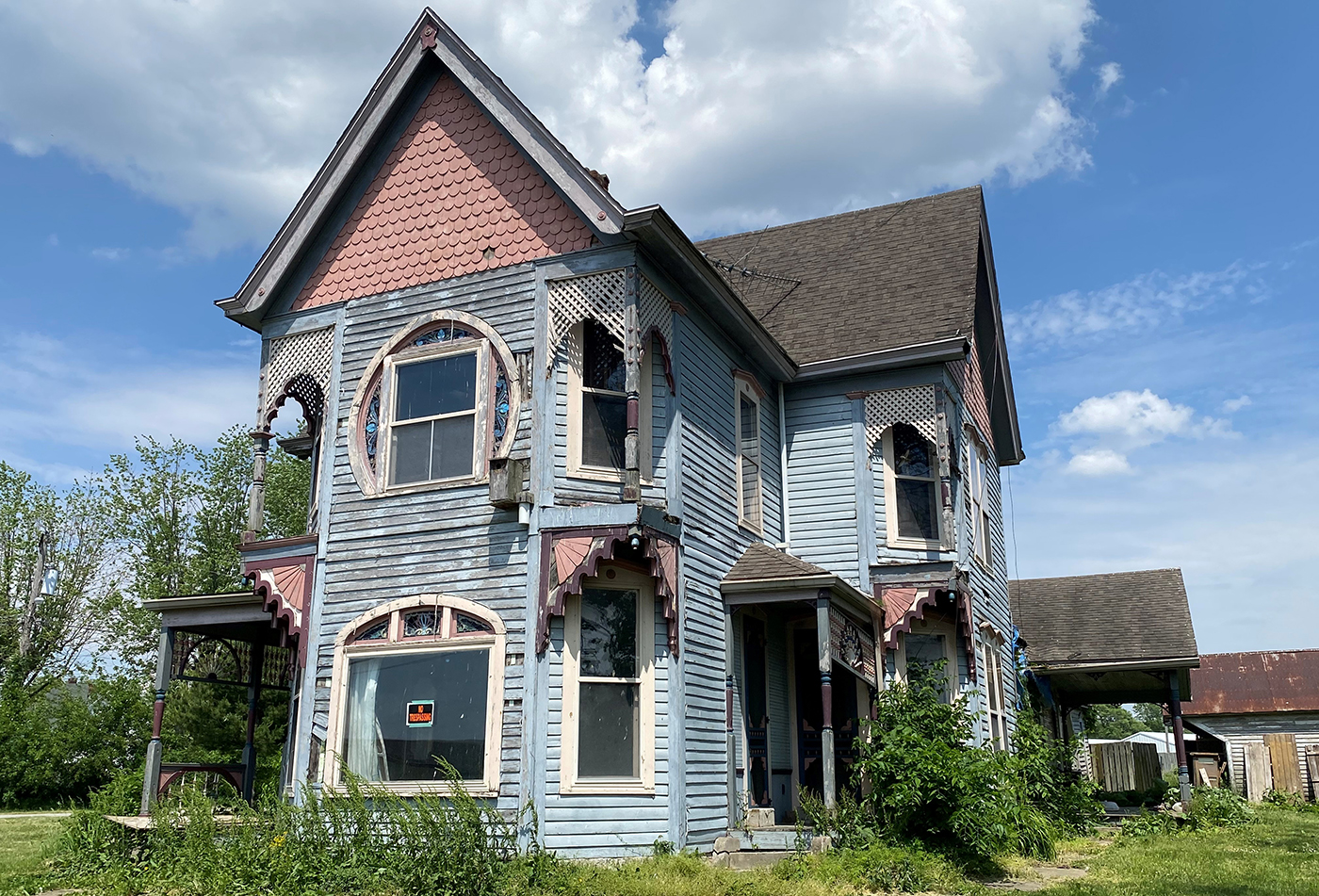 Most towns have influential family names connected with their early history. In the Washington County community of Campbellsburg, the Wilkins family helped put the town on the map and imparted a unique architectural imprint on the community. Today, however, part of that legacy is at risk.

Located along the New Albany and Salem Railroad between Salem and Mitchell, Campbellsburg grew around a grist mill established by John T.C. Wilkins in 1859. Additional mills followed, and by the town’s incorporation in 1875, Campbellsburg’s bustling downtown included commercial buildings, three hotels, three churches, a railroad depot, a bank, and a school.

Wilkins built a modest home on Sycamore Street at the entrance to town in 1858. His son, William, later occupied the house and in the late 1890s undertook a major renovation, expanding its footprint and adding embellishments, including horseshoe-shaped stained-glass windows and elaborate spindled porch work – all adapted from pattern books published by George Barber, a Tennessee architect whose designs filled mail-order catalogs in the in the 1890s.

Wilkins’ other sons – James, John, and Tom – also engaged Barber’s services to construct their own elaborate Queen Anne houses in the town. Today this group of four surviving houses constitutes a rare concentration of Barber homes in a small-town setting. Their existence has attracted the attention of Barber enthusiasts around the country, due, in part, to the eye-catching restoration of the James Wilkins house, which operated for years as a bed and breakfast. 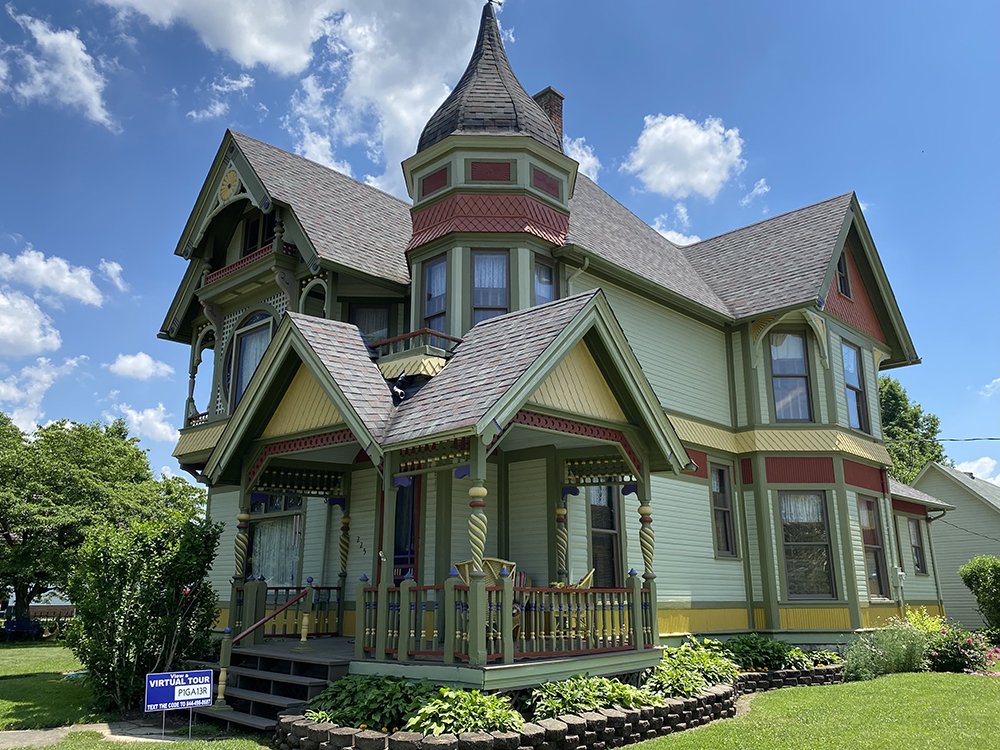 One of the Wilkins homes, however, is in danger of disappearing. The town of Campbellsburg acquired the original J.T.C. Wilkins house – dilapidated now after years of neglect – with the intent of demolishing the house and using the site for a splash park and auxiliary town well.

Staff from Indiana Landmarks’ Southern Regional Office approached town officials seeking a solution that would allow the town to move forward with the project while preserving the house.

As a result of our advocacy, Campbellsburg town officials agreed to segment a portion of the property for the auxiliary well and gave Indiana Landmarks permission to market the Wilkins House in hopes of attracting a preservation-minded buyer. The home, half-acre lot, and four historic outbuildings are currently on the market.

“In four George F. Barber-designed houses that have miraculously survived, the Wilkins family left an extraordinary imprint on Campbellsburg,” says Greg Sekula, director of Indiana Landmarks’ Southern Regional Office. “These beautiful buildings are such an asset in a struggling rural community. We hope that preserving them will help draw attention to the town and attract investment in the community.”