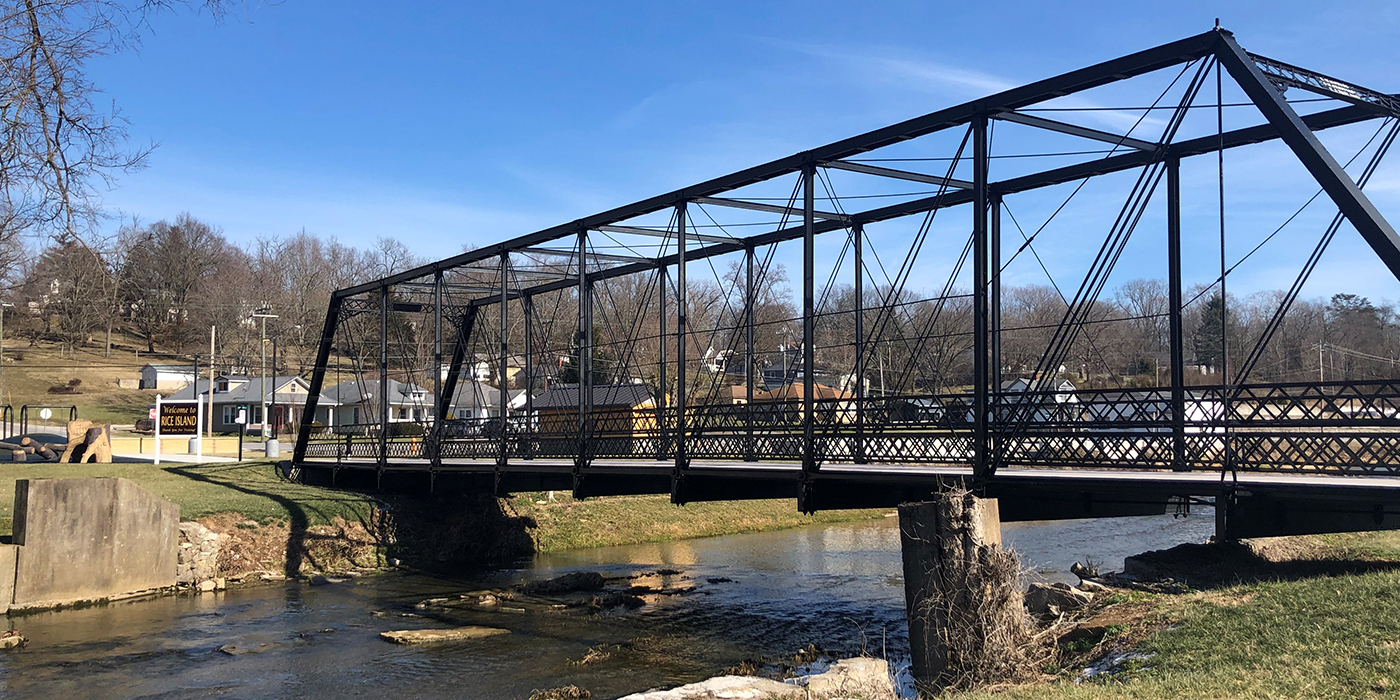 Island in the Stream

Founded in 1808, Corydon may be best known as the first capital of the Hoosier state, but the small southern Indiana town has fascinating historic sites spanning its long history. In recent years, restoration of two of them—a nineteenth-century bridge and a New Deal-era shelter house—became the centerpiece for rehabilitation of a historic community park.

Rice Island was created in 1845, when local businessman John Rice diverted Little Indian Creek into a raceway to power his grist mill. As water from the millrace backed up, it created a small island in the middle of the creek. The raceway powered the mill’s giant grinding wheels for nearly a century, but by the 1920s more modern technology had replaced water power, and workers filled it in with dirt and rocks.

In 1928, the town built a new high school on Chestnut Street across from Rice Island, but the site offered little space for outdoor recreation. The only track available to student athletes was the racetrack at the local fairgrounds, and horses got priority there. However, school superintendent J.C. Rice saw possibilities in the swampy six-acre island nearby, and in 1933 the school corporation acquired the land. 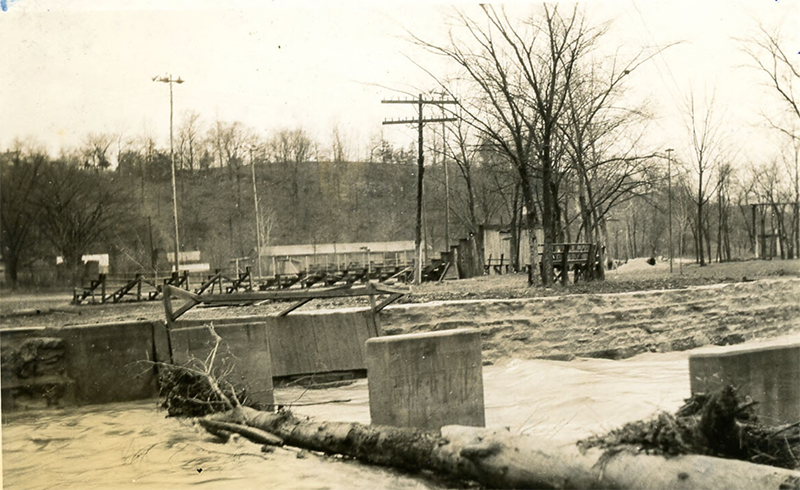 That fall and winter, crews from the Civil Works Administration—a short-lived New Deal program—helped drain and level the land for development of a quarter-mile track and two softball fields on the island. Workers used limestone blocks from the mill’s raceway and stones from the creek bed to create retaining walls. In 1937, the Public Works Administration (another New Deal program) funded construction of a sandstone shelter housing restrooms, a concession stand, and space for equipment storage.

Although Corydon High School moved to a new site with its own playing fields in the 1950s, Rice Island continued to serve as an important recreation space for the community. Little League teams played there from 1967 to 2005, and after they moved to new fields outside of downtown, the property was converted to soccer fields. By 2016, the park and its aging structures needed repairs and improvements, and the town made revitalization of Rice Island a key component of its successful “Stellar Communities” application.

To improve pedestrian access to the island, the town relocated a c.1884 iron truss bridge from a rural part of Harrison County to Little Indian Creek. The bridge—one of just a few examples left in the state produced by the Indianapolis Bridge Company—was slated for replacement and made available through the state’s historic bridge marketing program. It joins two other bridges relocated to downtown Corydon through the program. 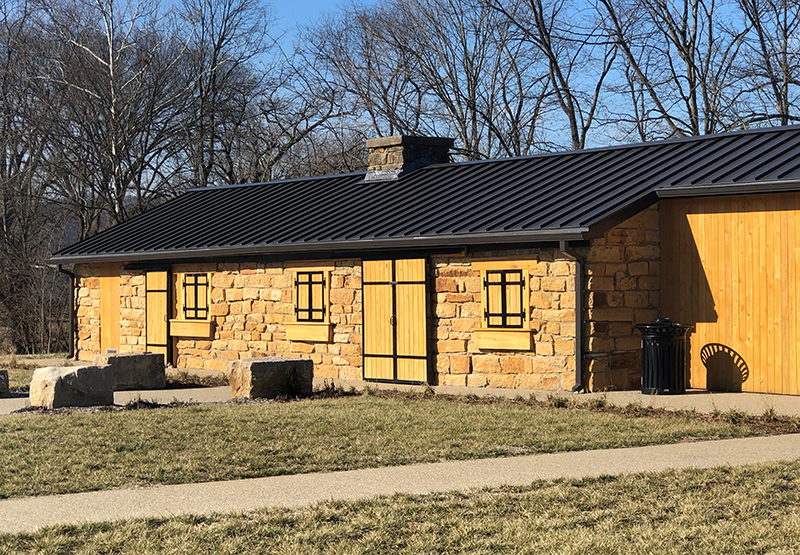 The new park, which opened in the fall of 2021, offers walking paths, recreation space, and an amphitheater area, along with a playground on the opposite side of the creek.

The former high school building, the original impetus for Rice Island’s use as a recreation area, maintains its strong connection with the property. Adaptive reuse of the school was another Stellar project. The 1928 Classical Revival building now houses 25 units of affordable housing for senior citizens, with a new structure behind it holding 20 more. The renovated park at Rice Island provides an attractive and convenient spot for those residents to enjoy the outdoors. 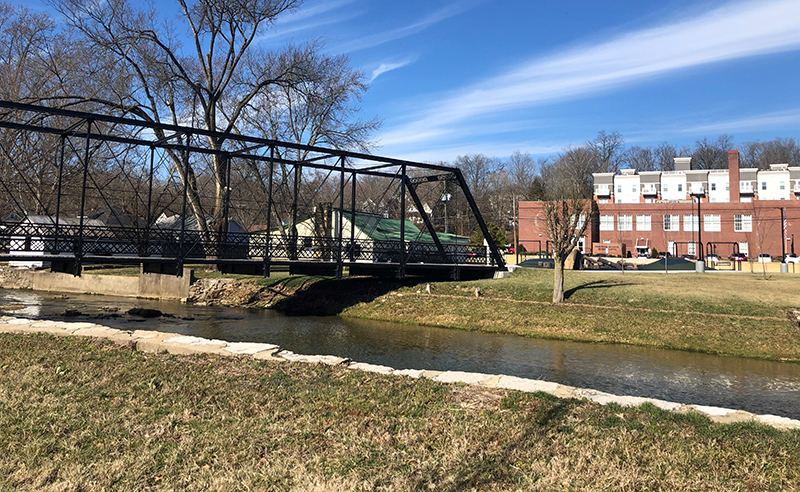