The Red Key Tavern in Indianapolis has been a favorite destination for drinks, cheeseburgers, and nostalgia since 1935. PHOTO: Lee Lewellen
POSTED ON June 24, 2022 BY Indiana Landmarks | News

This year, George Motz, author of Hamburger America and a filmmaker The New York Times called the “foremost authority on hamburgers,” named Fort Wayne’s Powers Hamburgers as one of his top five places in the country to get a classic hamburger made just as they were a century ago. Locals, who have been flocking to the small Art Deco building on Harrison Street since 1940, would agree.

The Powers brothers—Leo, Clell, Harold, and Dale—started Powers Hamburgers in 1935 in Dearborn, Michigan, eventually expanding their burger dynasty into Michigan, Indiana, and Ohio. Though Fort Wayne once boasted three locations, today only the original 20-seat diner started by Leo Powers remains, the only restaurant from the original enterprise to still carry the Powers name. Diners sit at a small wrap-around counter with padded stools and order slider-style burgers from menu on the wall above.

Originally sold for a nickel apiece, today burgers sold at Powers are still light on the wallet: single burgers cost $1.60, and doubles cost $2.40. “It’s a good quality product at a good quality price,” says owner Michael Hall, who purchased the business from the Powers family in 1999. The ground beef is locally sourced from Fort Wayne’s Tim Didier Meats, and the burgers’ small size encourages most patrons to order three or four. 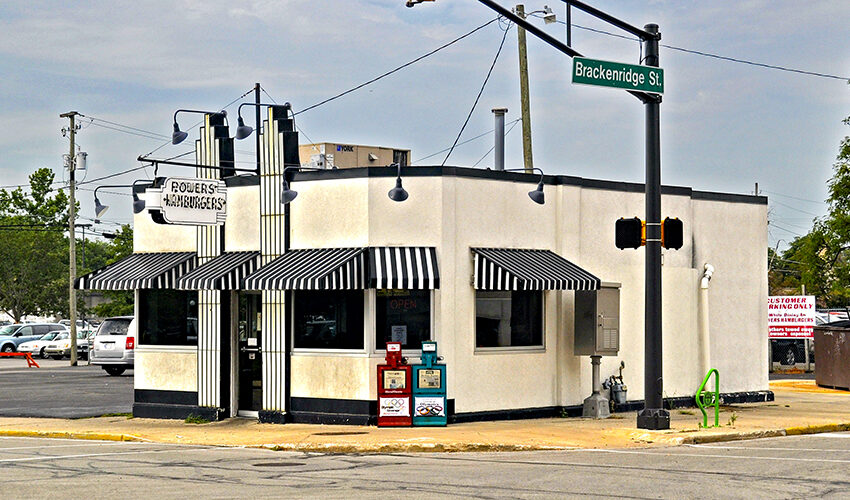 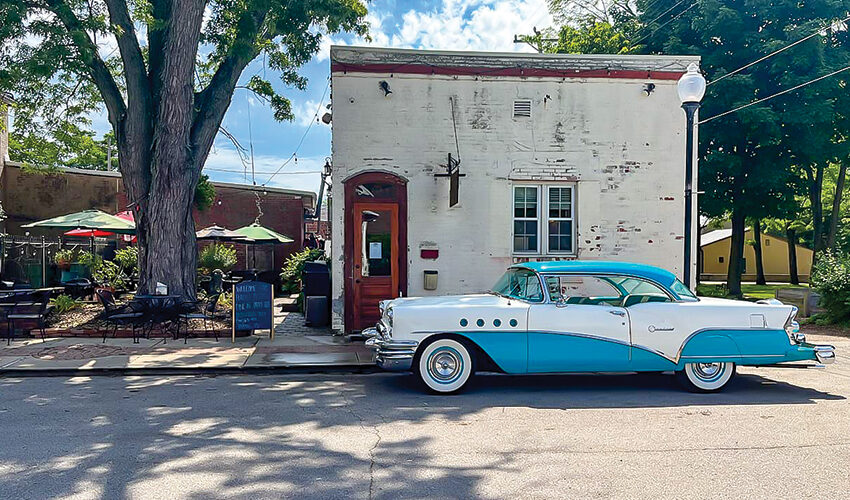 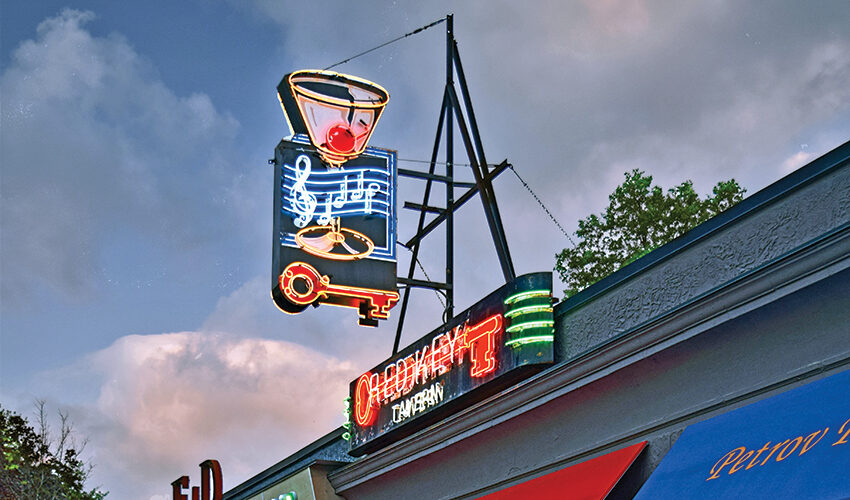 A successful crowdfunding campaign allowed owners to commission a replica of the Red Key Tavern’s iconic sign when the original became too deteriorated to save. PHOTO: Lee Lewellen
Previous Next

For diners in the mood for something more continental, Perillo’s Pizzeria in North Salem offers big flavors in a small space. Customers come from miles away for authentic Italian cuisine that owes its genuine flavor to the restaurant’s owner, Damiano Perillo, who came from Sicily, Italy, and attended culinary school in Palermo. After working for years as a chef, Damiano decided to open his own restaurant and partnered with his brother-in-law Bob Miller to open Perillo’s in North Salem. They chose the tiny town (population 500) in hopes of bringing life back to the shrinking community, which lacked places to dine at the time.

Perillo’s is housed in a charming 1890s brick building that once served as the office of Dr. Oscar H. Wiseheart. During renovations, Damiano and his family discovered remnants from the building’s medical office era, including old medicine bottles. The menu incorporates Perillo family recipes, including Damiano’s grandmother’s garlic rolls, alongside newer creations, with an emphasis on fresh, locally sourced ingredients and dishes made to order.

In Indianapolis, a neon sign on College Avenue points the way to the Red Key Tavern, a local institution since 1935. Though the building started as a Piggly Wiggly grocery store in 1927, it’s housed a tavern since 1933, when British brothers Richard and George Duke opened the Old English Tavern there, recruiting their artist mother to decorate the walls with murals of the English countryside. The murals are still there, now joined by WWII-era model airplanes hanging from the ceiling, and a sign that summarizes the Red Key’s attractions: “Beer, Warm Atmosphere.” The bar played a key role in Dan Wakefield’s novel Going All the Way and showed up in the 1997 movie adaptation.

Longtime patrons know—and new visitors quickly learn—that the Red Key follows a code of conduct initiated by its longtime owner, the late Russ Settle, whose rules banned swearing and leaning back in chairs, along with other admonishments intended to promote good behavior and civility. Today, Russ’s son Jim runs the place, and patrons crowd around the few tables and vintage bar for drinks, cheeseburgers, and the Red Key’s signature “first come, first served” potato salad, prepared by Jim’s wife, Dollie.

When the bar’s 1953 sign needed repairs a few years ago, loyal patrons supported a crowdfunding campaign to create an exact replica of the locally iconic original, featuring a Manhattan glass with cherry, red key, bar name, and four notes from the Prohibition-era tune, “How dry I am.”