Indiana Landmarks Rescued & Restored offers dramatic before-and-after photographs that show the remarkable turnaround of endangered places as diverse as the oldest house in Wabash—small and quirky—and Bush Stadium in Indianapolis, reinvented as apartments.

The coffee table book features more than 50 landmarks across the state snatched from the wrecking ball or lifted from decades of neglect and restored to new uses. The magnificent West Baden Springs Hotel makes the heart soar, rising from ruinous collapse to fairy tale castle, a turnaround that lifted an entire regional economy.

While color pictures tell the tales, the accompanying text gives a thumbnail history of each place and how it was rescued and restored. 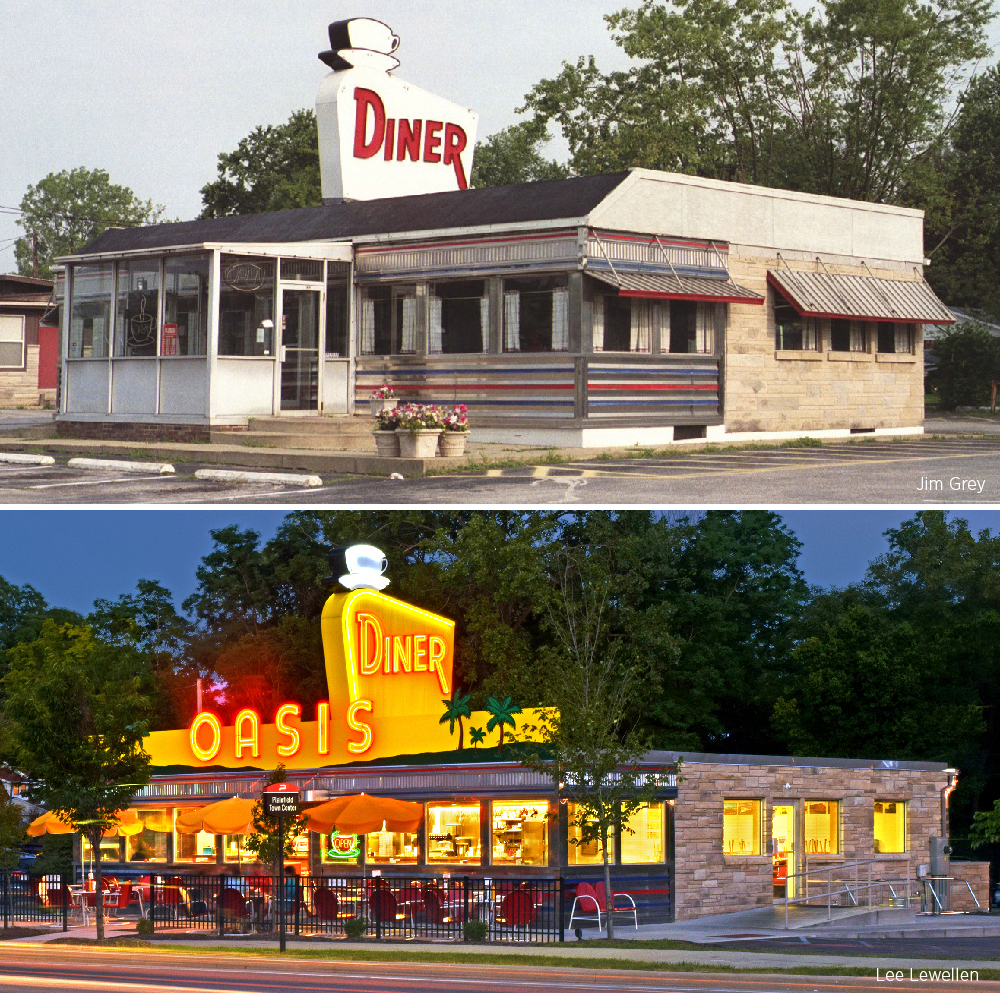 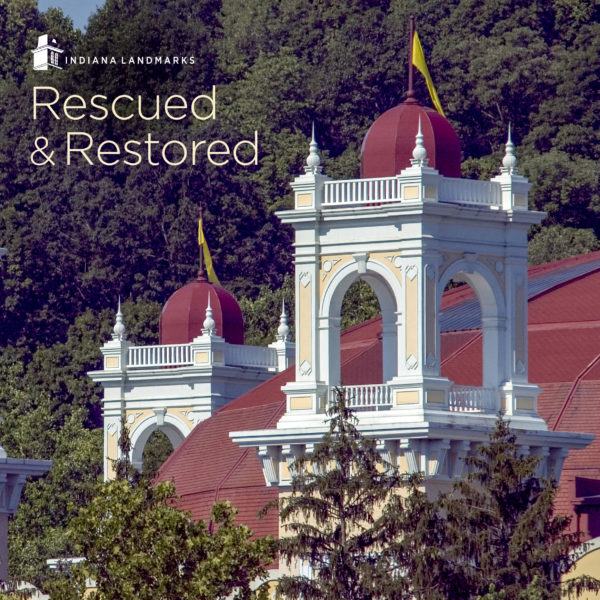 Proceeds from the sales of Rescued & Restored support the work of Indiana Landmarks, helping us save and revitalize more historic Hoosier places.

Indiana Landmarks Rescued & Restored is made possible in part by generous support from Barnes & Thornburg LLP.