Preserving the Work of an Apprentice

Most people know of Frank Lloyd Wright, the famous and influential American architect. Wes Peters (1912-1991), his right-hand man, not so much.

Wright’s first Taliesin apprentice in 1932, Peters took a two-year break from the architect and returned to his hometown of Evansville, Indiana, from mid-1933 to 1935. Love caused the flight: Peters fell in love with Wright’s stepdaughter Svetlana, then a teenager, and her parents mightily disapproved. Two years later, the Wrights relented. Wes and Svetlana married and returned to Taliesin, where Wes remained for the rest of his life, becoming chief architect after the master’s death in 1959 and retaining the title until his death in 1991.

Though he would never claim credit as first, the ever-humble Peters designed the Usonian-style Peters-Margedant House in Evansville in 1935, two years before Frank Lloyd Wright’s first Usonian appeared in Madison, Wisconsin, in 1937. Wright conceived his Usonian houses in the depths of the Depression as an affordable option for the middle-class. They bear a resemblance to his Prairie style houses in their horizontality, use of natural materials, and relationship to the land, but Usonians were one-story, with neither attic nor basement, and little in the way of ornamentation.

The Jacobs House in Madison—1,500 square feet—was constructed on a concrete slab with prefabricated sandwiched plywood walls, brick and horizontal board-and-batten wood siding, a flat roof with deep overhangs, narrow clerestory windows, a wall of window doors that open onto the garden and patio, and a central fireplace that formed a focal point in the integrated living, dining and kitchen areas. The house is a National Historic Landmark. 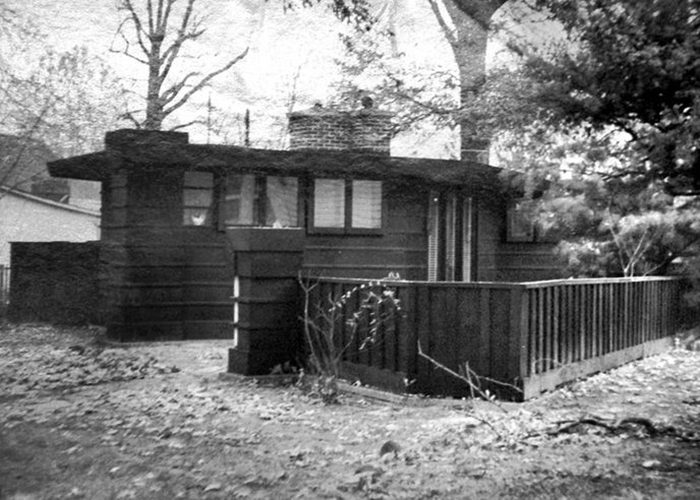 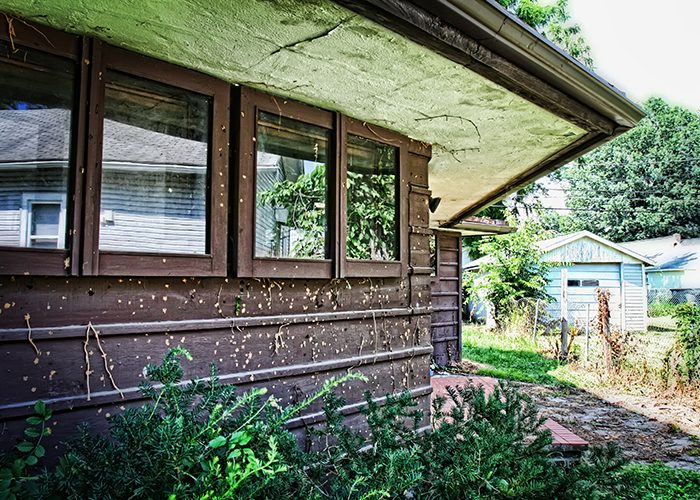 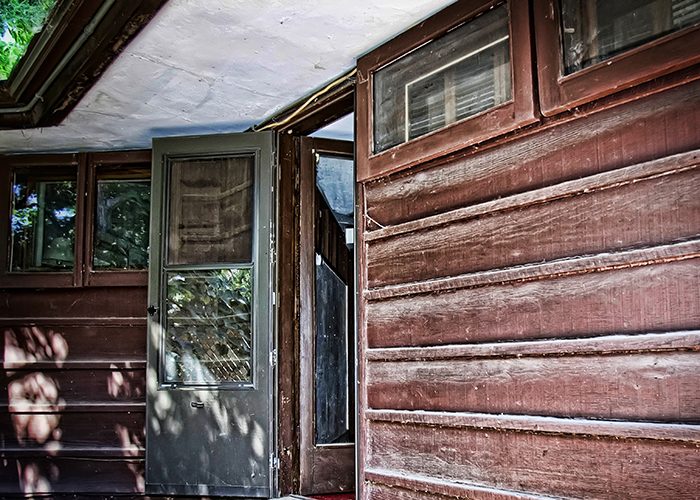 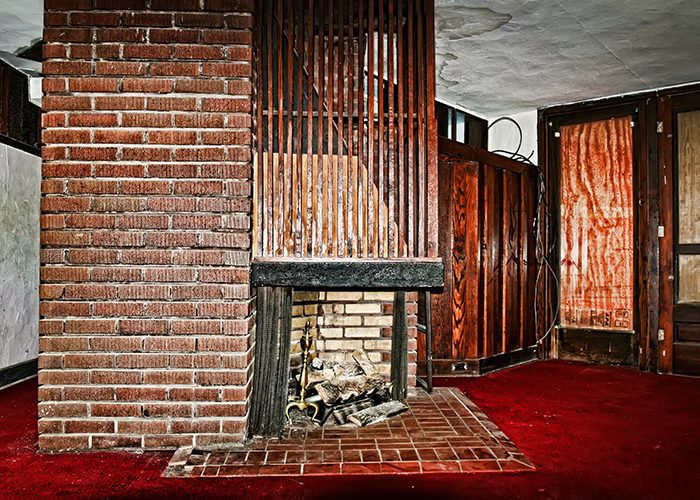 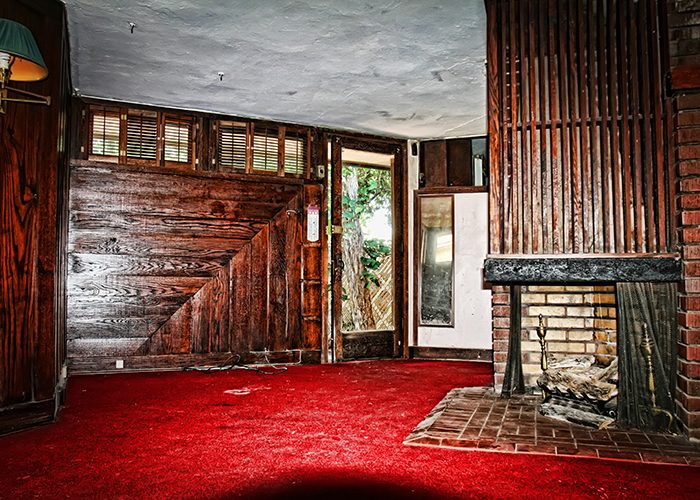 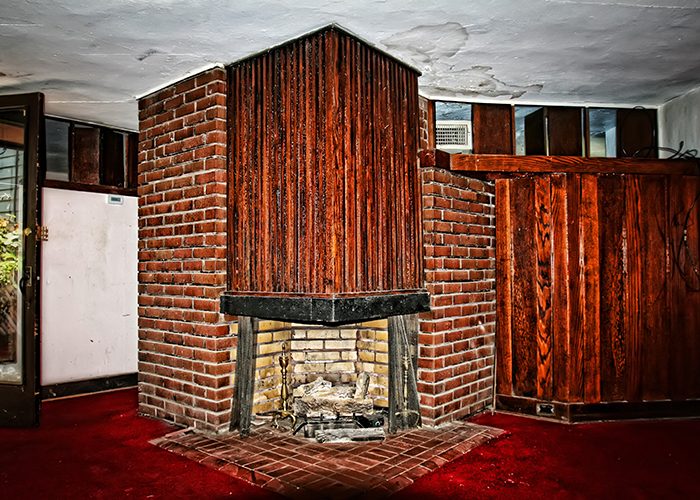 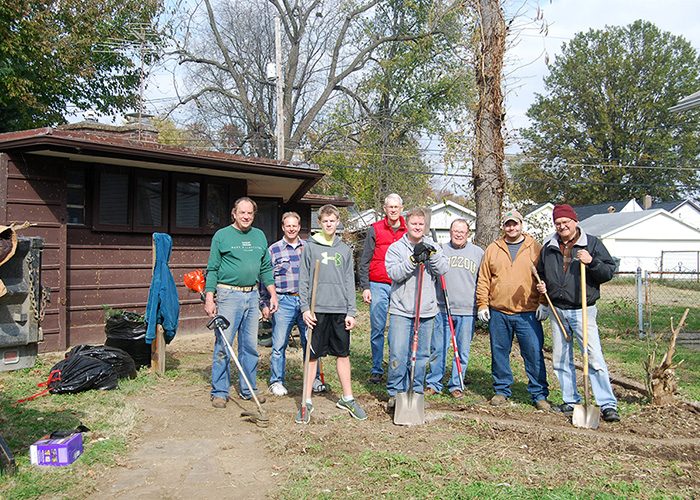 To noted art historian Richard Guy Wilson of the University of Virgina, the tiny house at 1506 East Indiana Street possesses national significance. While the spotlight legitimately always shone on Wright, Wilson observed that Wes Peters design of the Evansville house illuminates how Wright’s work involved collaboration with Peters, who served as structural engineer and project architect on many world-famous Wright-designed buildings, including Fallingwater, Johnson Wax and the Guggenheim.

The house, which was in danger of being removed from Evansville, landed on Indiana Landmarks’ 10 Most Endangered list a few years ago. An ad hoc local group rallied and appealed to the city and the University of Evansville, where Peters was a student for two years before heading to MIT and Taliesin.

Indiana Landmarks, with help from the city and the Vanderburgh Community Foundation, bought the Peters-Margedant House and moved it to a new site on the campus of the university. 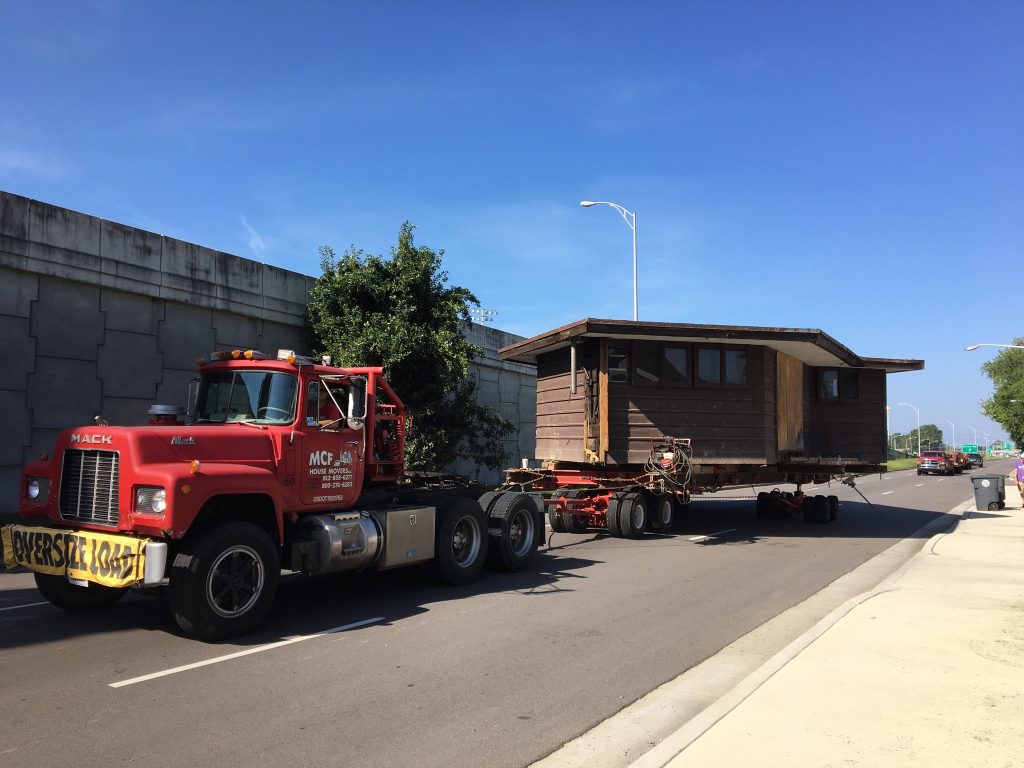 In August, 2016, crews moved the Peters-Margedant House to a new site at the University of Evansville. (Photo Alan Green)

In April 2017, More than 100 people gathered at the University of Evansville to celebrate restoration of the Peters-Margedant House. The dedication marked culmination of the four-year effort to rescue and revive the tiny home.