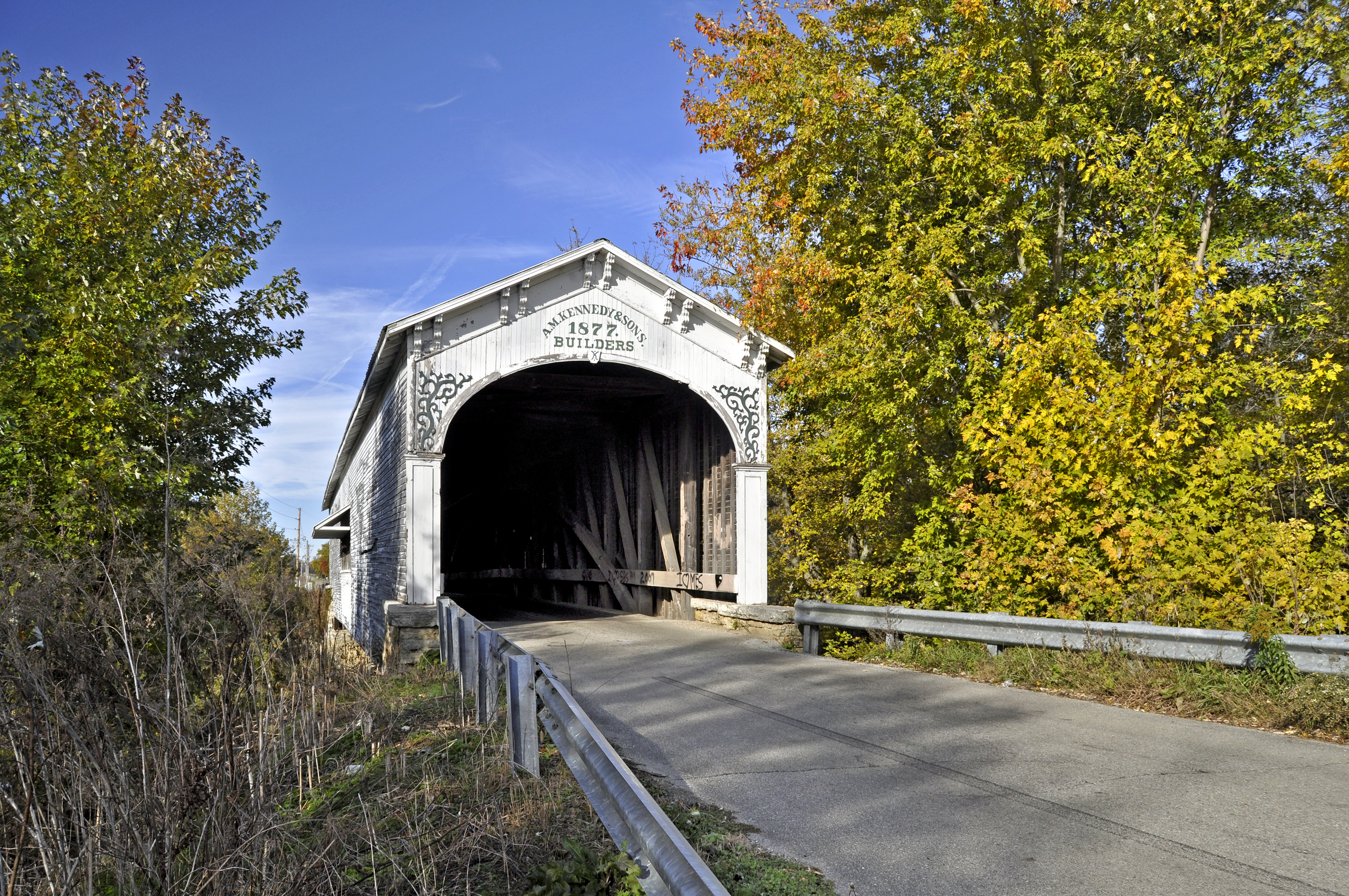 The Kennedy family holds status as one of the state’s three most prolific bridge-building firms, in the same rarified circle with J.J. Daniels and J.A. Britton and his sons. Yet, of the 58 bridges credited to A.M. Kennedy, his sons, and grandsons, only a handful remain, with six located in Rush County where the family lived.

In the ‘90s, when Rush County officials proposed razing four of the Kennedy bridges, local preservationists used a festival near the Moscow Covered Bridge to rally support for the spans. The group, now known as Rush County Heritage Inc., prevailed, with the bridge preservation issue a deciding factor in the county commissioner election. 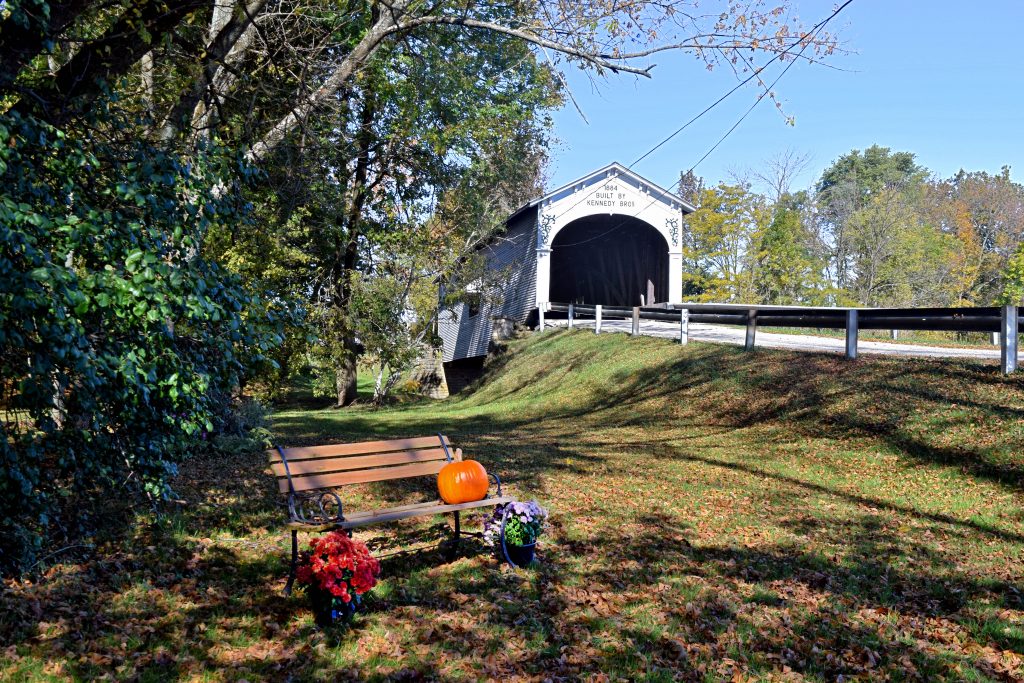 In 2008, the Moscow Covered Bridge again faced extinction after a tornado sent the span crashing into the Flatrock River. Just days after the event, the Rush County Commissioners voted to rebuild the 1886 bridge, an effort that drew statewide publicity and support. Rebuilt with 40 percent of the original timbers by Dan R. Collom & Sons, the Moscow Covered Bridge reopened in 2010, replicating the distinctive Kennedy look. 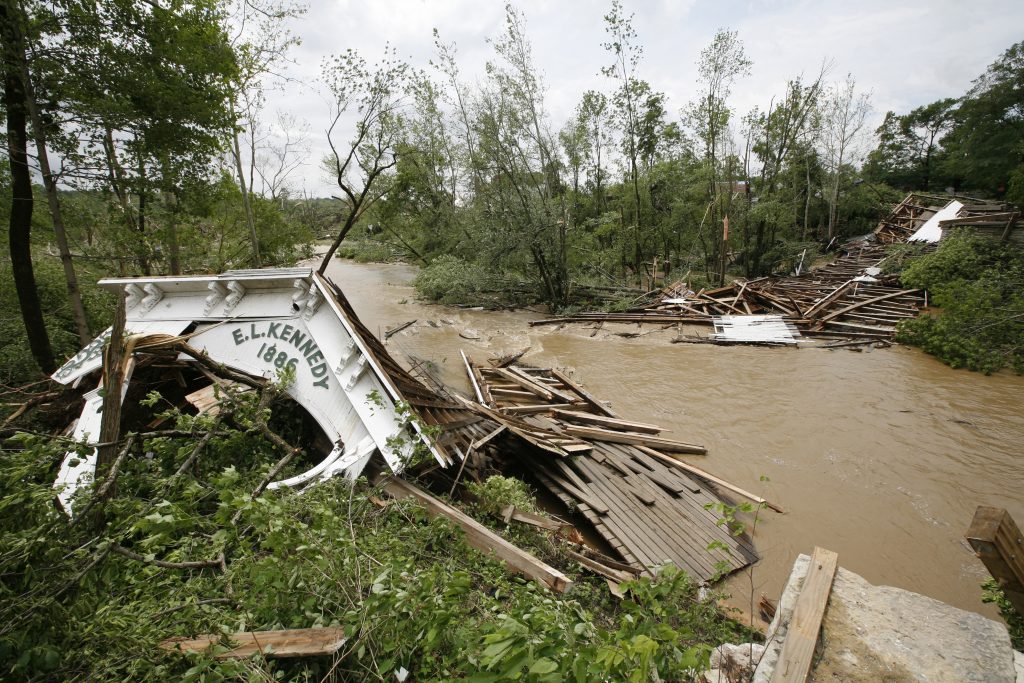 The remains of the Moscow covered bridge stretches across the water Wednesday June 4, 2008 after the historic landmark was destroyed by an overnight tornado in the small Rush County town. (Photo: Mike Fender, Indianapolis Star) 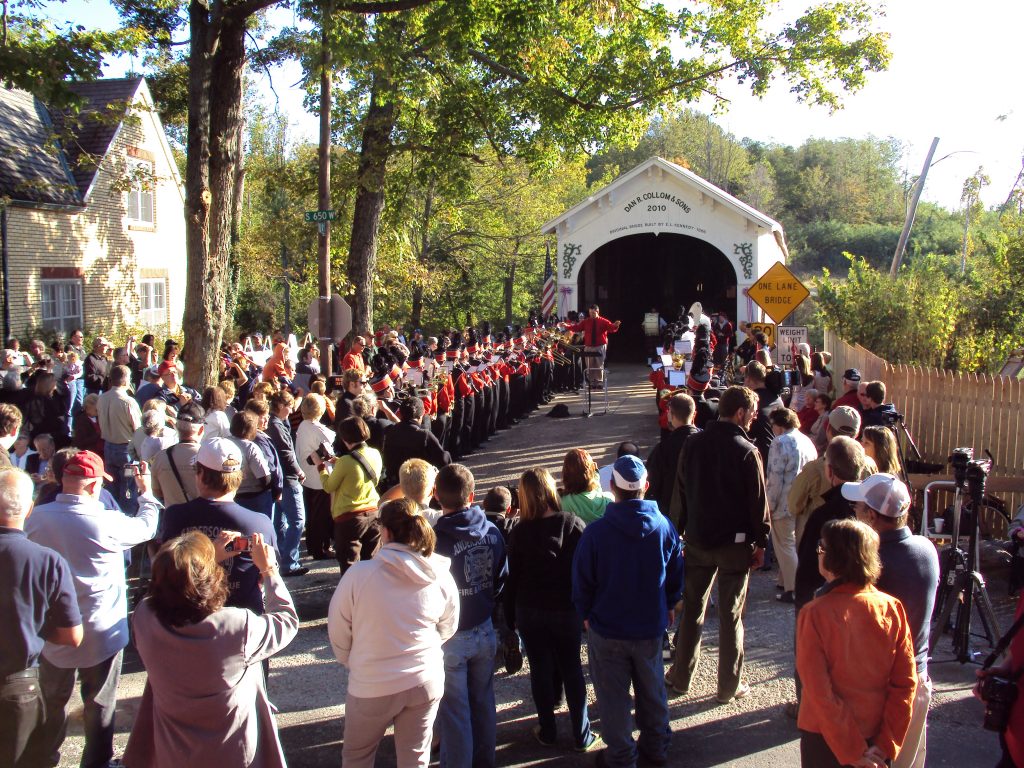