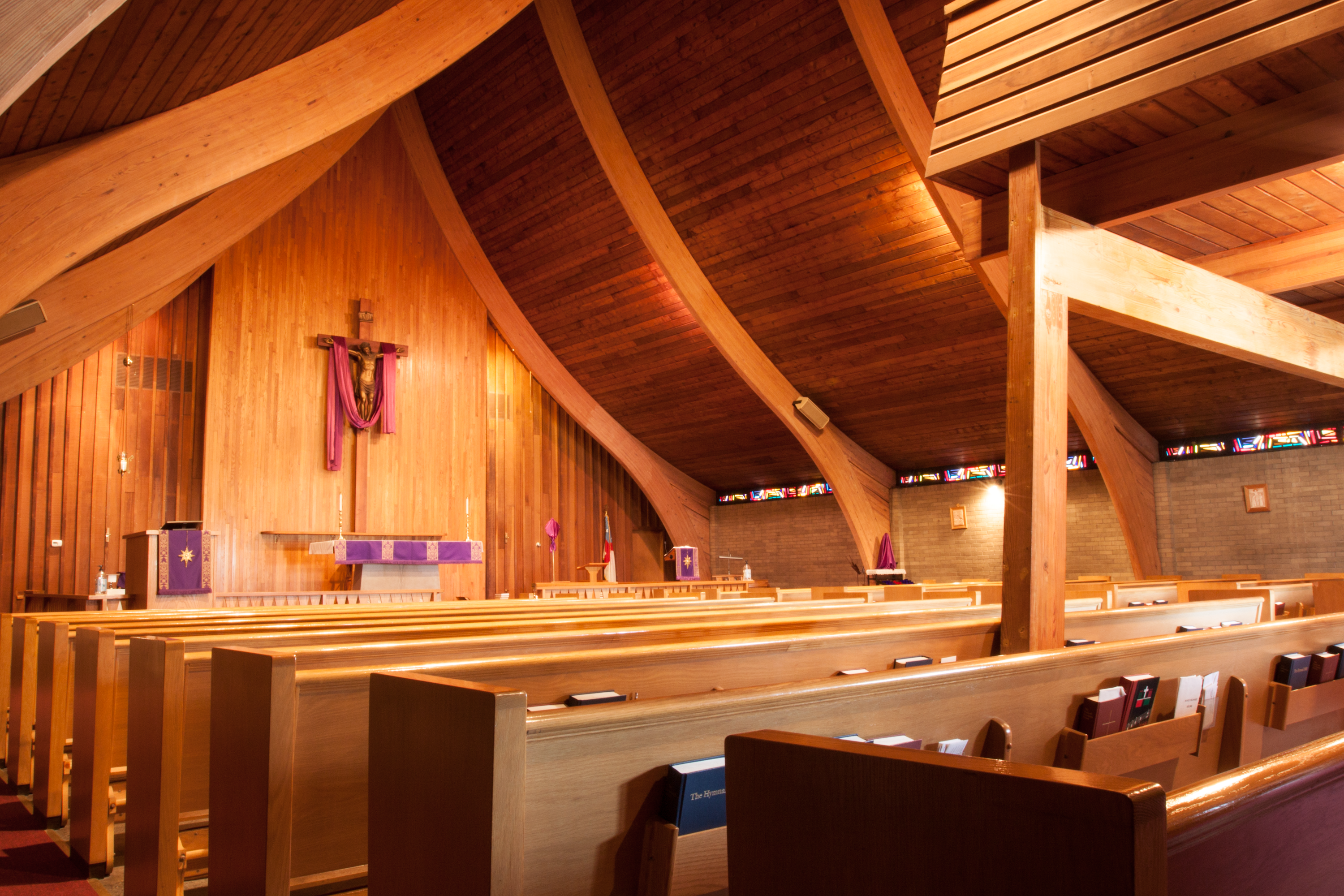 In the ‘50s, the congregation of St. Augustine’s was running out of space in the former Roman Catholic mission building it occupied in Midtown. Leaders recruited up-and-coming Chicago architect Edward D. Dart to design their new house of worship. Dart, already known for his residential architecture, was just starting to experiment with church designs. 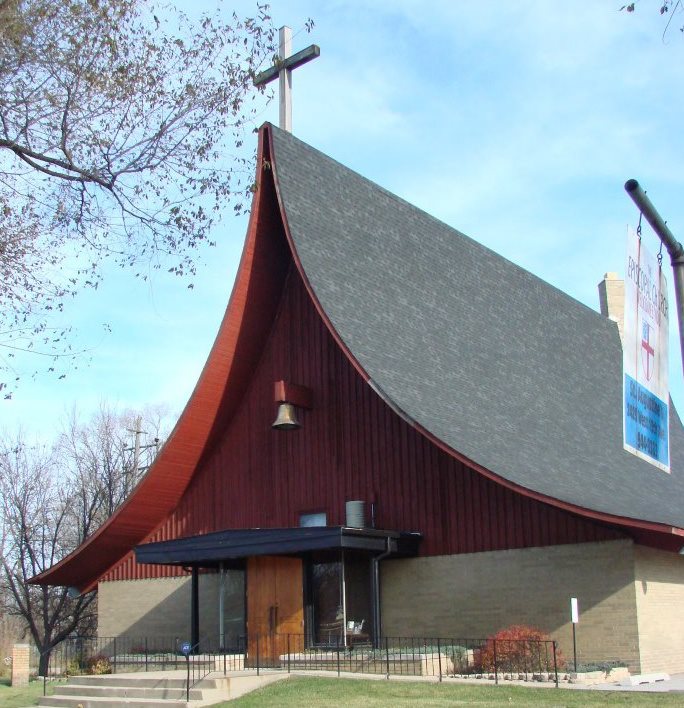 This was the first “home of their own” for the African-American congregation, who were not welcome in the established Episcopal church in Gary. Segregation required separate prayer in addition to everything else. The congregation that boldly commissioned the modernist Dart included teachers, librarians, social workers and others.

Built in 1958, St. Augustine’s was Dart’s second church design, and the building captures many of the hallmarks of his later church architecture–an unconventional roofline, hidden lighting, open space. A Yale graduate, Dart studied with such modern masters as Eero Saarinen, Louis Kahn, and Marcel Breuer.

Church leaders nixed Dart’s original proposal, which included eight pricey stained glass windows and steel support beams that obstructed views in the sanctuary. Dart compromised with a simpler form executed in wood and brick that stayed within the $120,000 building budget. Engineer Richard Johnson, a member of the congregation, helped Dart with the structural design of the curved support beams. 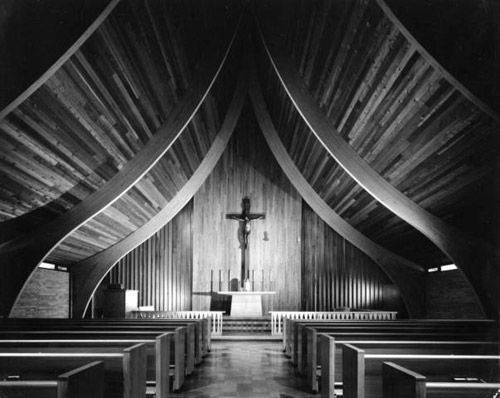 St. Aug’s congregation—small and aging these days—received an Indiana Landmarks grant to bring in national consultant Partners for Sacred Places to help it plan for the future its church. Little altered since its construction, St. Aug’s has been nominated to the National Register of Historic Places.

“Everything has always been about maintaining this landmark structure that the congregation worked so hard to commission and build,” adds Paula DeBois, member of the congregation and author of the nomination. 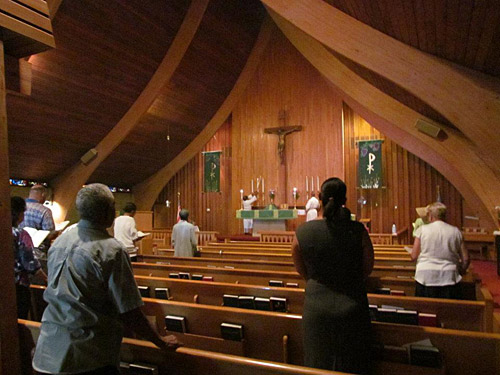