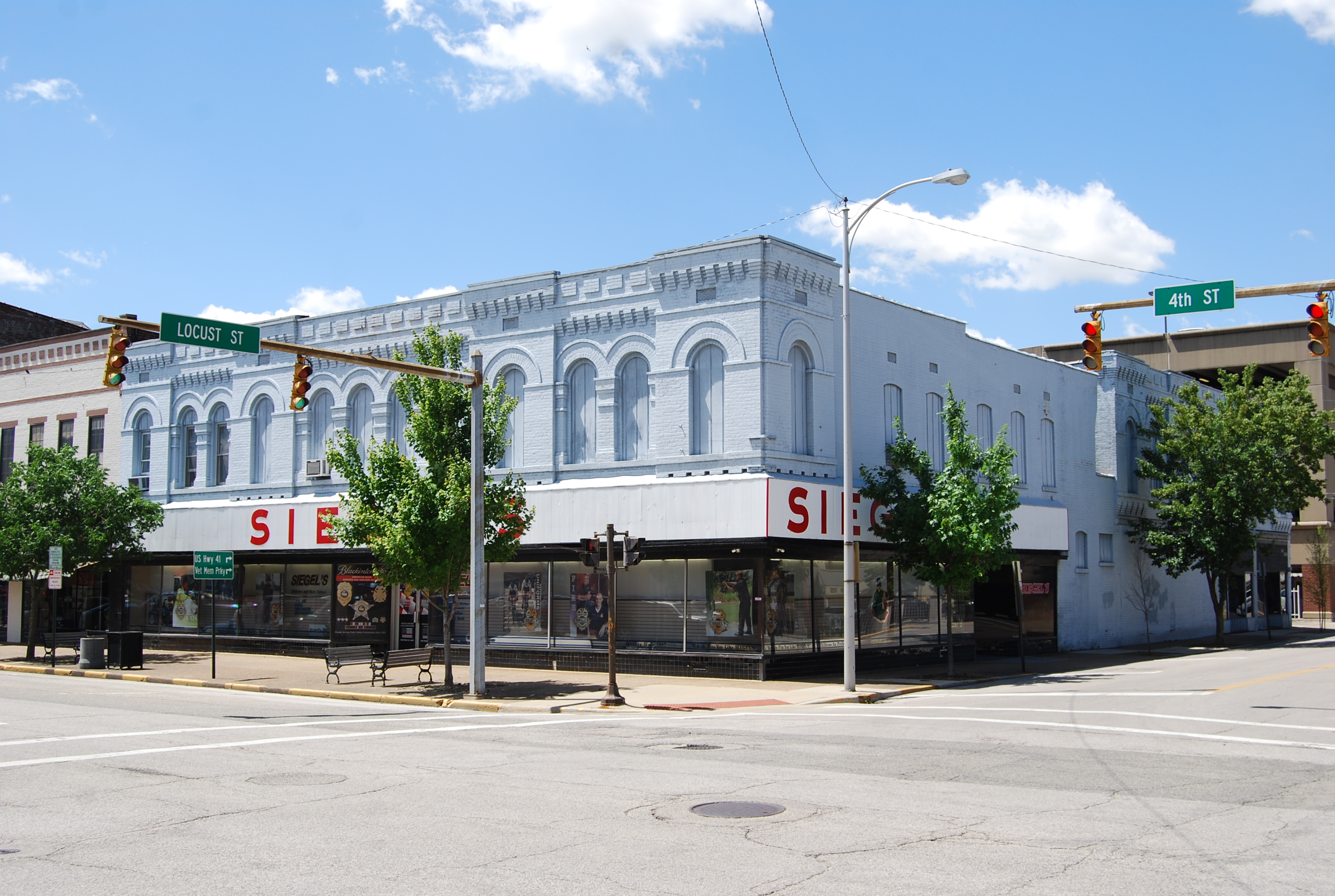 Downtown Evansville is on a roll. There’s major new construction—the I.U. medical campus and a hotel—and restoration projects. We’ve offered updates on the restoration of the Second Empire style Owen Block and our adaptation of the 1939 Greyhound Station as a restaurant, now expected to open this fall. Now many historic buildings along Fourth Street have attracted new investors.

During the 1880s and 1890s, saloons, groceries, second-hand stores, clothing dealers, barber shops, boarding houses, and restaurants lined the block of Fourth between Locust and Walnut. Vendors sold a variety of goods from stalls occupying its wide sidewalk, including a brisk trade in fresh produce.

The Warren Investment Group, led by Indiana Landmarks board member Gene Warren, will restore a c.1890s structure at 101 SE Fourth Street that originally housed eight businesses whose proprietors lived above the store. Warren’s project will return the structure, occupied for more than a century by Siegel’s Uniforms, to a mix of commercial and residential space.