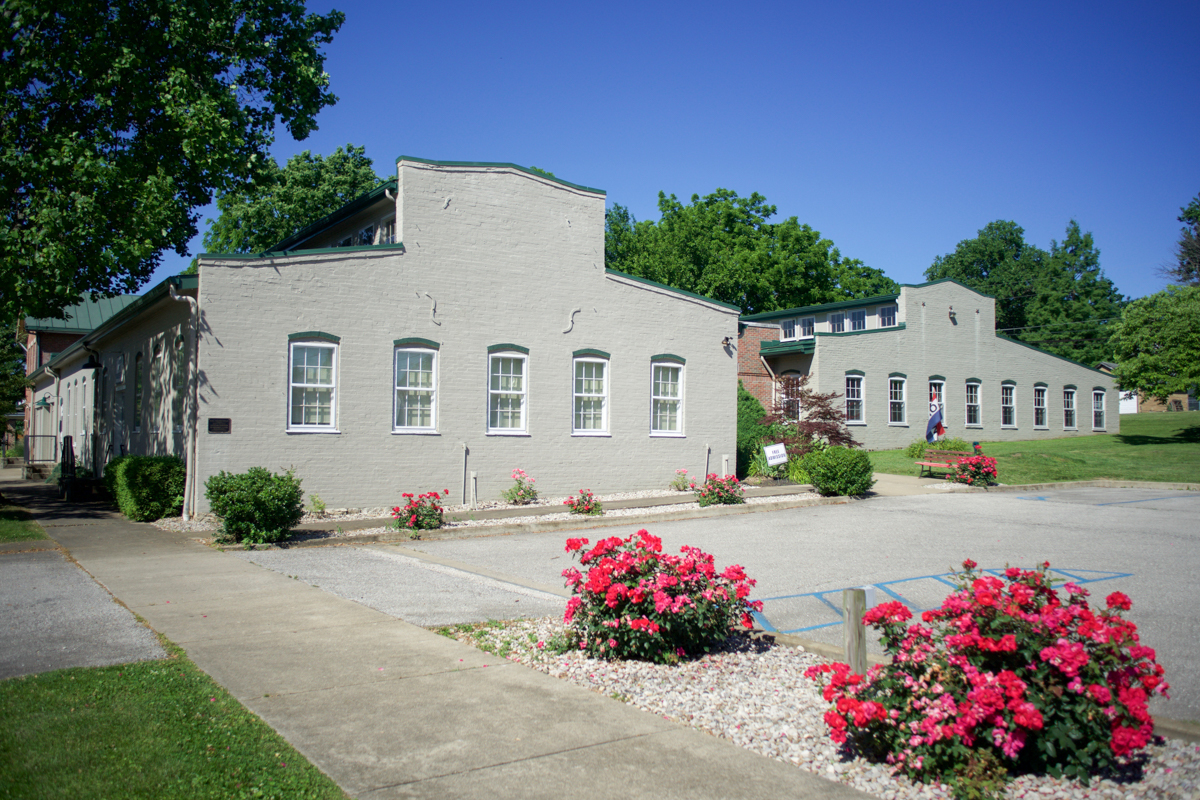 The Ohio County Historical Society was ahead of its time when it rescued a historic but dilapidated factory in 1978, envisioning it adapted as a museum of local history. The group showed strategic thinking in 2012, when it restored a portion of the little-used Clore wing of the factory as a rental venue, then again in 2015 when the group undertook more rehab.

In 2016, the society moved its offices and a research center to the Clore Wing and invested further in the event venue to bring more supportive revenue to help fund the museum. Indiana Landmarks gave the society one of our Southern Regional Rosemary Prentice Awards for the most recent Clore Wing restoration.

The Ohio County Historical Society occupies a factory that until 1915 was Rising Sun’s largest manufacturer and employer. Built in 1849, the Clore Plow Works sold in 1917 to J.W. Whitlock and Company. The companies manufactured a variety of products from plows to furniture to boats.

The factory, with multiple additions, fell into disuse and faced condemnation in 1978. Fearing demolition, the Ohio County Historical Society raised money to buy and stabilize the landmark. The group operated the Whitlock wing as a modest community center until a Lilly Endowment grant in 2000 allowed it to create a modern museum in the building. The primary gallery space inhabits one of multiple Whitlock additions, where visitors can view a range of artifacts from the compass used to lay out the town in 1814 to Hoosier Boy, Rising Sun’s famed racing boat built by Mr. Whitlock.

The recent award-winning project adapted the former blacksmith shop and an adjacent area in the Clore Wing as a public research center and the society’s business office. With the purchase of new round tables for the Clore Wing, the museum also has greater flexibility in rental events it can handle, including larger events and wedding receptions. The office move to the Clore Wing allows for expanded exhibition space and a gift shop in the Whitlock section.

Director Cliff Thies says future projects include restoration and repair of the museum’s 45 windows, an expanded kitchen to offer more catering options. With an already impressive facility, these improvements will give the Ohio County Historical Society an improved museum experience and a competitive rental venue.

For more information on the museum or rentals, visit http://www.ohiocountyhistory.org.