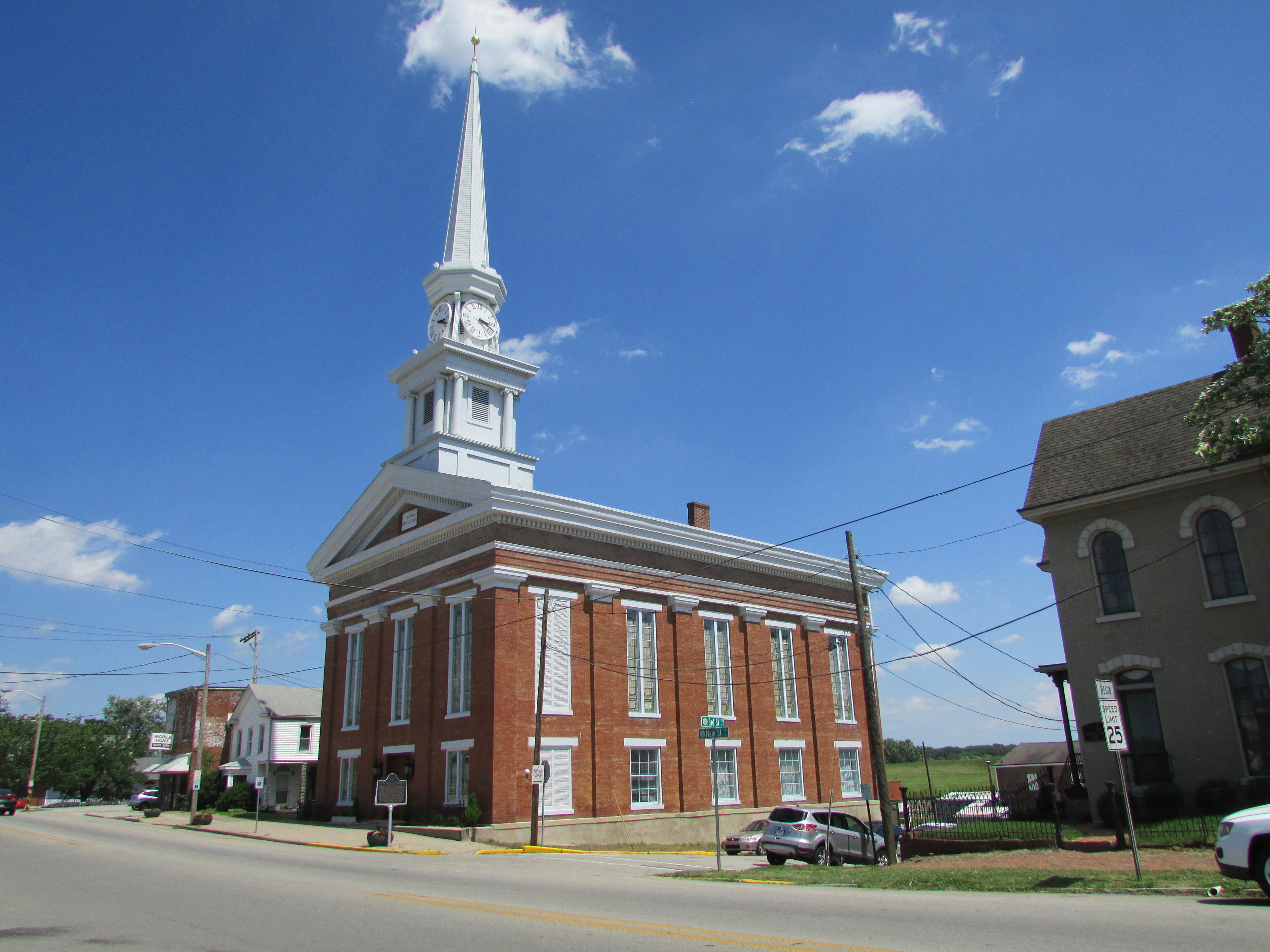 New Albany’s Second Baptist Church looms large in the community’s history and its skyline. When it was built in 1852, the Greek Revival-style church had a 65-foot spire atop a clock tower, visible to passing riverboats and across the Ohio River in Louisville. A lightning strike split the steeple in two in 1915, and 101 years later, a replica arrived to great local acclaim.

Even without the steeple, the church was locally essential. The truncated tower holds a four-sided clock on which the populace still relies. In fact, people—then and now—know the place as the Town Clock Church, not by its denomination, which shifted from Presbyterian to Baptist in 1889. This year, the congregation—a participant in Indiana Landmarks’ inaugural Sacred Places Indiana program—put the steeple back with broad support from the community.

Evidence strongly suggests that the original Presbyterian congregation had an abolitionist bent and harbored fugitive slaves on the Underground Railroad, with the steeple serving as a beacon of freedom. It’s another point of local pride in the building.

In recent years, the church showed its age and the small congregation was having difficulty paying for maintenance and repairs. Several community leaders formed the Friends of the Town Clock Church in 2013 to raise money and guide the church’s restoration. The group has raised over half a million dollars, including funds for an endowment for maintenance.

The restored stained glass windows have new storm windows. The clock in the repaired and repainted tower got attention too, along with the cornice. New, more historically-appropriate mahogany front doors welcome worshippers. The crowning achievement was last month’s reinstallation of the steeple.

New Albany architects Michell, Timperman and Ritz designed the replica steeple based on a c.1892 photo. Campbellsville Industries of Campbellsville, Kentucky—the firm that replicated the four missing towers on the West Baden Springs Hotel—fabricated it. A large crowd gathered downtown on a Thursday morning—the mood a mix of joy, reverence, disbelief and awe—to watch the steeple lifted into place and topped with a golden finial.

For more information about the church and its restoration, visit http://www.townclockchurch.org/.

And check out a time-lapse video of the steeple installation at
http://www.wdrb.com/clip/12466185/new-albany-church-restoring-65-foot-historic-steeple