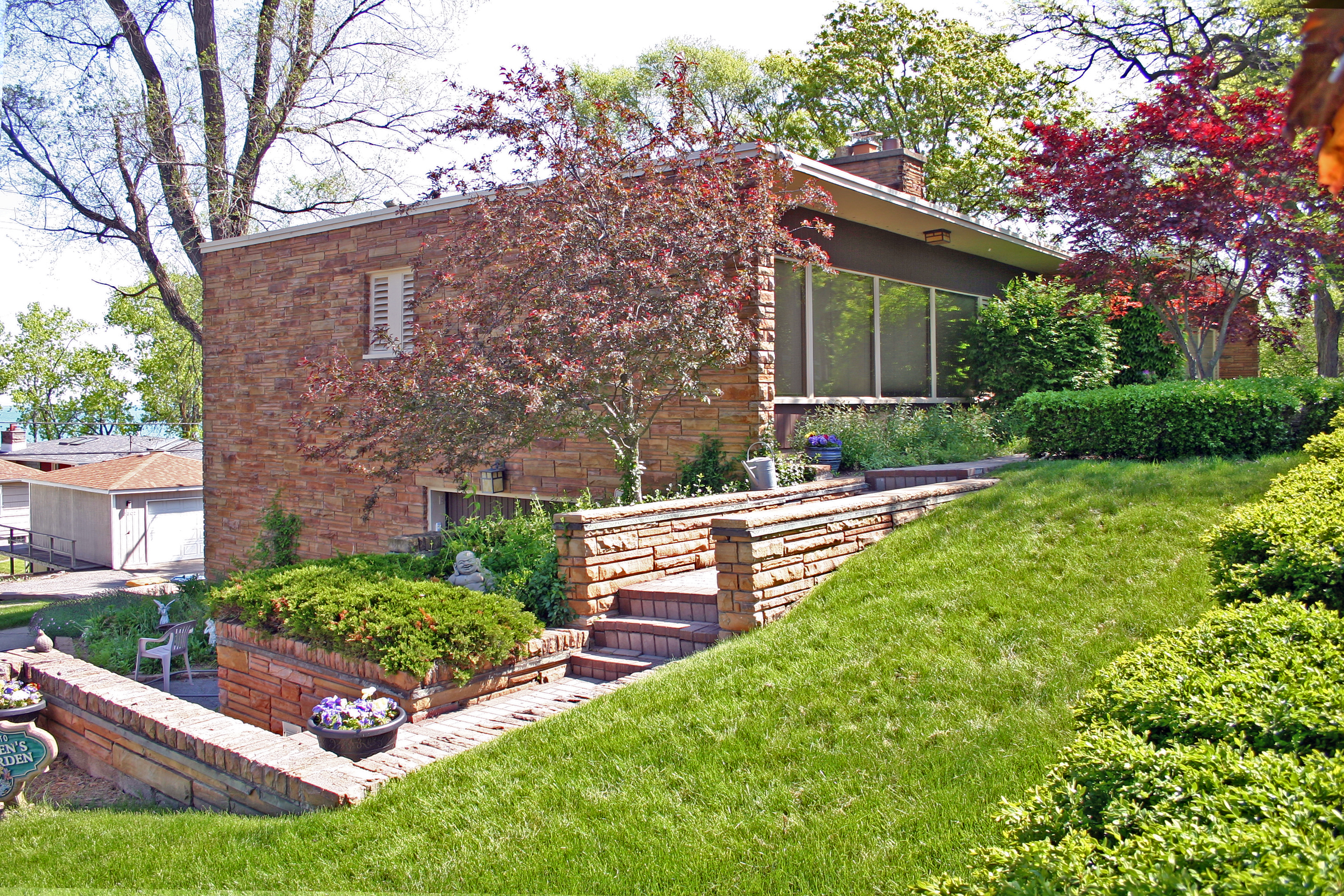 Lake Michigan Modern on August 20 invites day-long exploration of modern design in Miller Beach, a resort-like area in Gary, including the 1949 Keck and Keck design owned by Robert and Maureen Farag
POSTED ON July 4, 2016 BY Indiana Landmarks | Modern Landmarks, Tours

On August 20, Indiana Landmarks and the Miller Beach Arts and Creative District present Lake Michigan Modern: Miller Beach, a day-long exploration of the area’s modern architecture with an orienting talk on the history and architecture followed by tours of four mid-century private homes and three historic houses of worship.

Architect George Fred Keck designed the House of Tomorrow and Crystal House for Chicago’s Century of Progress World’s Fair in 1933. He formed a firm with his brother William and developed a reputation for affordable Modernist residences. Keck and Keck houses feature flat roofs, radiant heat, and fixed ventilation louvers with expansive Thermopane glass windows. Robert and Maureen Farag’s brick and limestone house on St. Joseph Street in Miller Beach, a 1949 Keck and Keck design, features many of the designer’s signatures.

In the 1980s, a realtor friend took the Farags to visit the house that he was getting ready to put on the market. “It had a panoramic view of the lake and the Chicago skyline from the living room,” says Robert Farag. The couple was hooked. In the intervening decades, the Farags have come to appreciate the house’s ahead-of-its-time design, with built-in storage throughout and windows that maximize the sun’s heat in winter and cross-ventilation that allows the breeze off the lake to cool the interior in summer. 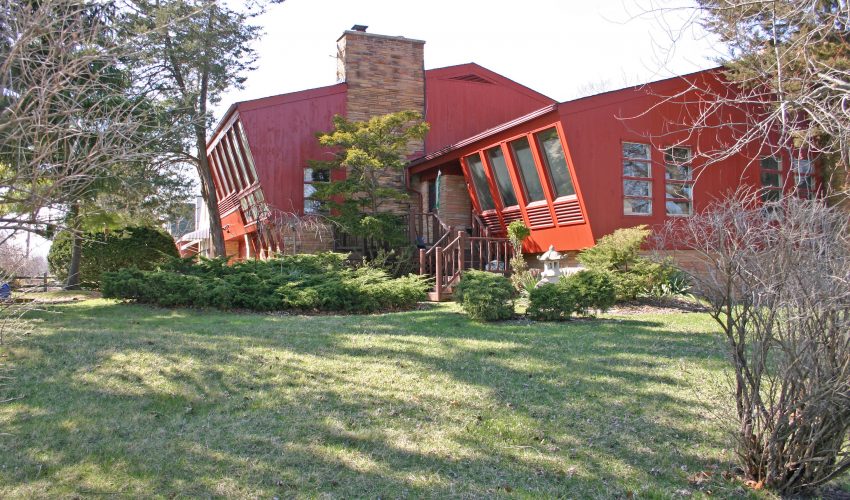 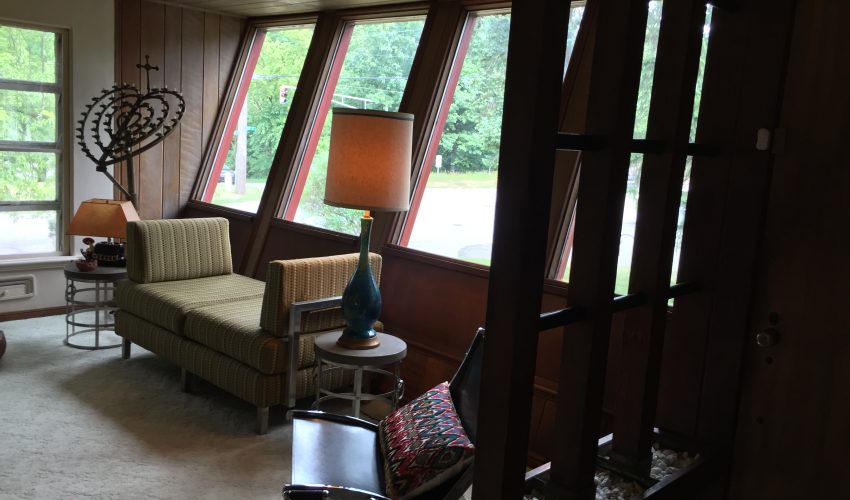 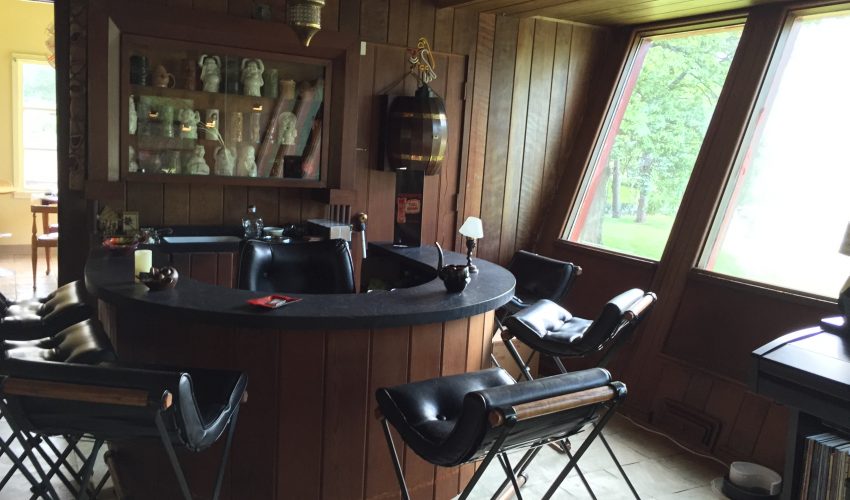 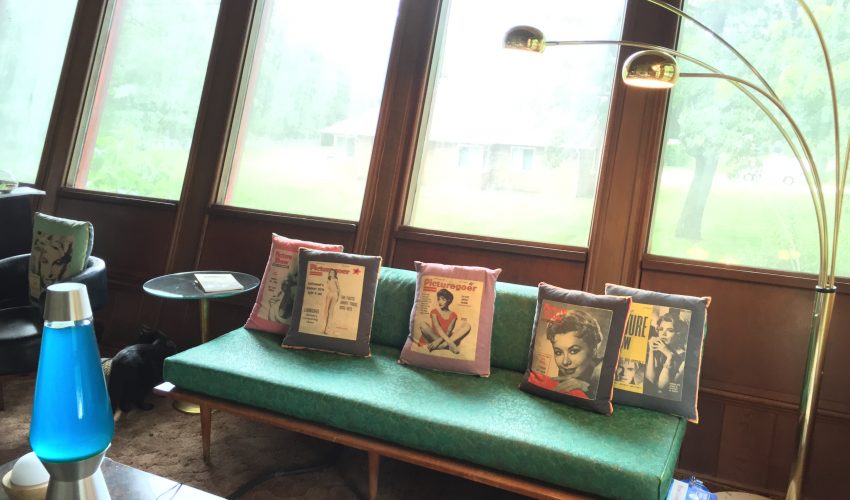 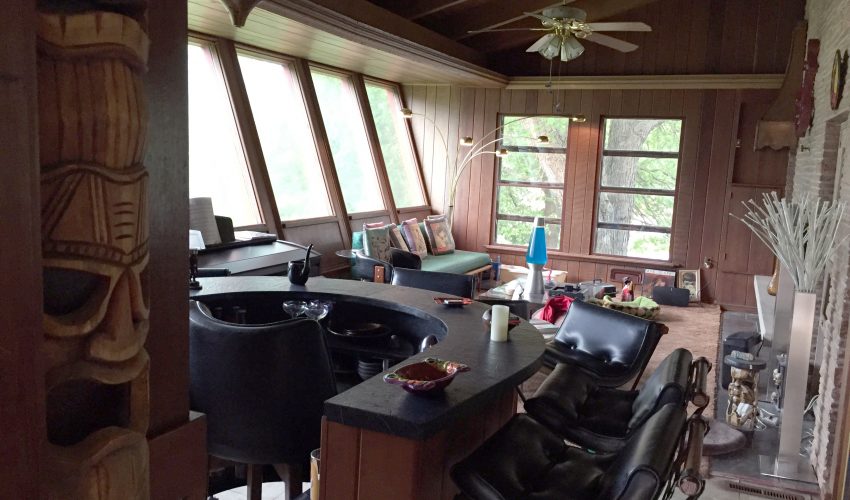 When he constructed it in 1957, builder James Robbin dubbed his design on Forest Avenue the “Ship House,” angling the windows and walls to give the home’s occupants the feeling of being at sea, without the seasickness. Bob Figuly and Steve Russell admired the eye-catching result when they moved to Miller Beach a decade ago, but had to settle for living in a Cape Cod design next door. When the elderly owner of the Ship House died a couple of years later, the couple made an offer, selling their Cape Cod after six days on the market. “We took that a sign we were meant to have the house,” Figuly says.

Figuly and Russell, the home’s third owners, are rehabbing the house to bring back its mid-century charm, including stripping painted woodwork and restoring the classic St. Charles metal cabinets in the kitchen. The house retains many original features, including 18-foot vaulted ceilings, three Tennessee limestone fireplaces, and an indoor barbecue with a copper hood. The couple’s favorite room is a studio with two-story windows and hand-laid parquet paneling. “That’s the room that makes everyone gasp,” says Figuly. “The architecture is pretty mind-blowing.” 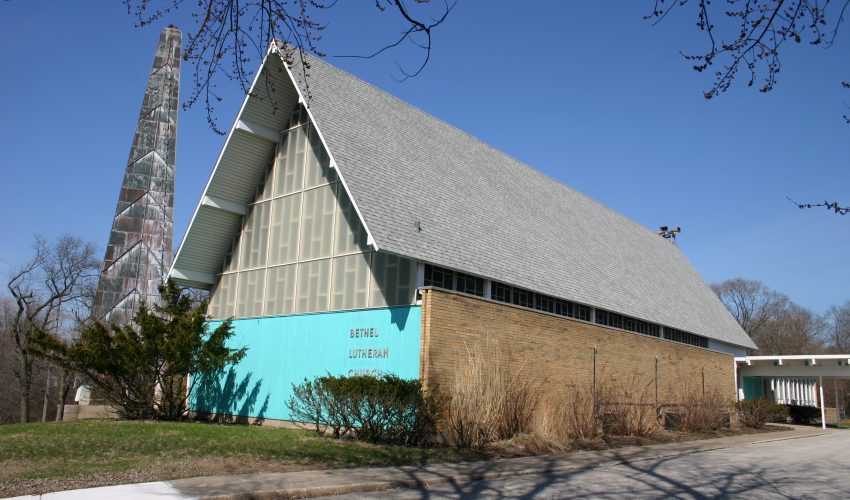 Along with private residences, Lake Michigan Modern on August 20, 2016, includes a look at mid-century churches, including the 1969 Bethel Lutheran Church designed by William Cooley. 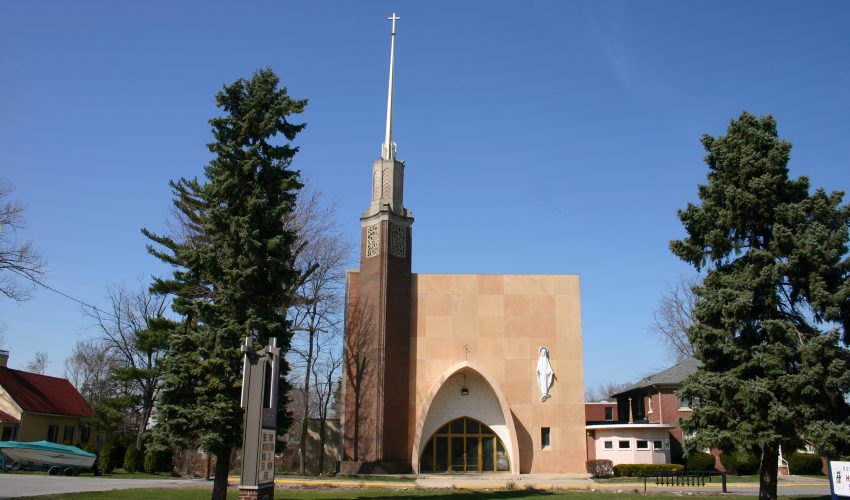 Along with private residences, Lake Michigan Modern on August 20, 2016, includes a look at mid-century churches, including the c.1961 St. Mary of the Lake Catholic Church designed by James Turner. 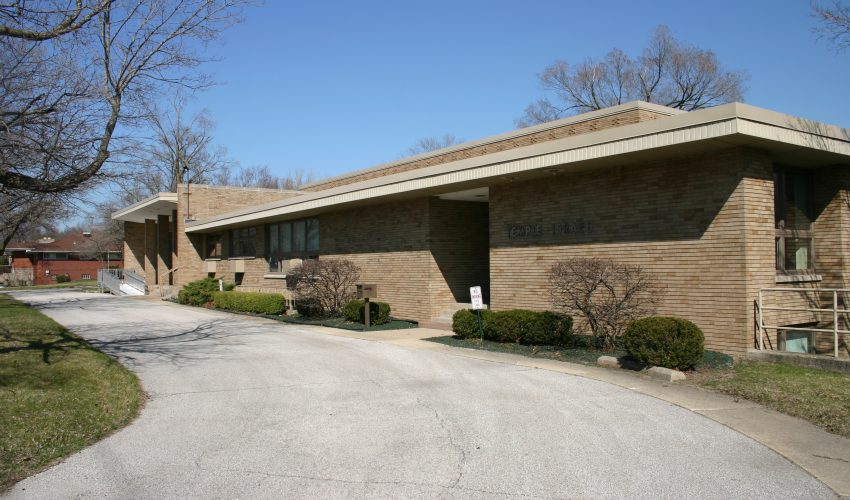 Along with private residences, Lake Michigan Modern on August 20, 2016, includes a look at mid-century houses of worship, including the 1958 Temple Israel designed by Gary architect Isador M. Cohen.
Previous Next
Sign up for our e-newsletter.