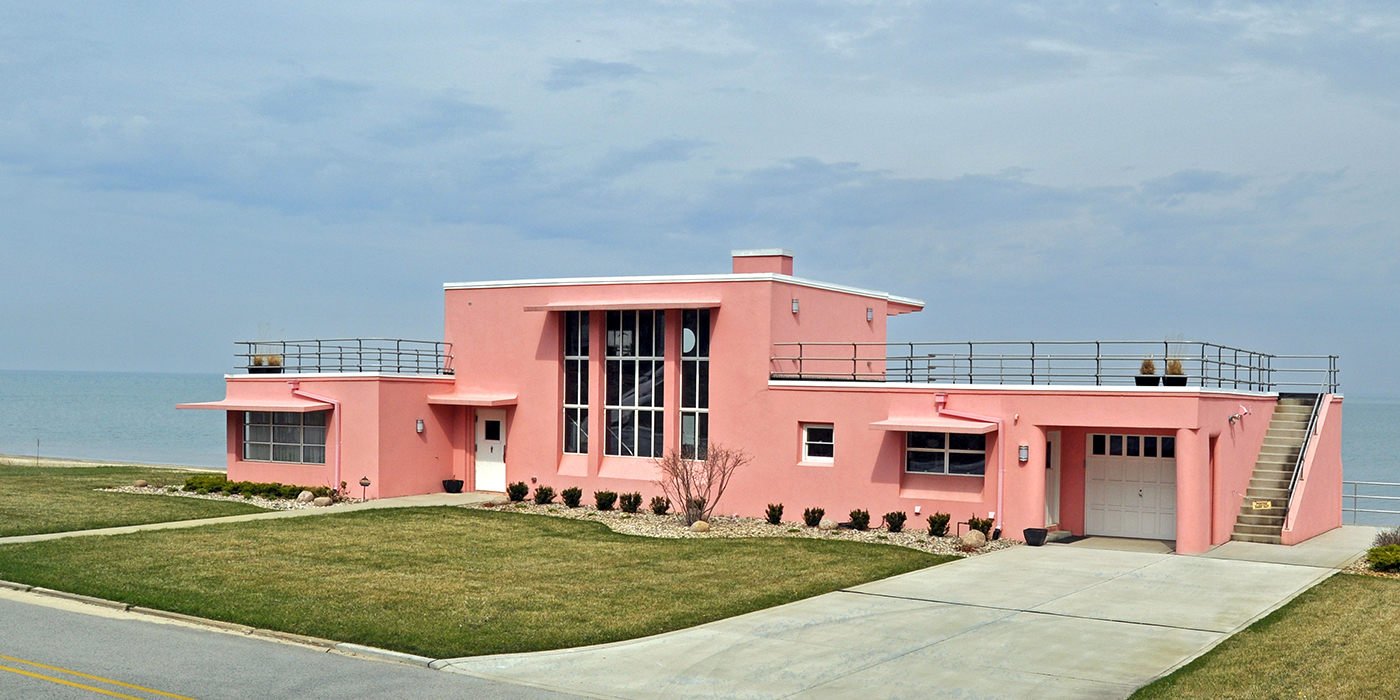 A Century of Progress

The five model homes didn’t start out in the dunes. They came over after the 1933 World’s Fair in Chicago, titled “A Century of Progress.” The houses starred in the Homes of Tomorrow exhibit, where nearly 50 million people could gaze upon the future of residential architecture and the stunning home conveniences on the horizon.

At the Fair’s end, developer Robert Bartlett saw the houses as a marketing opportunity. He bought and transported them by barge across the lake to Beverly Shores, a resort community he was developing on the Indiana shore. 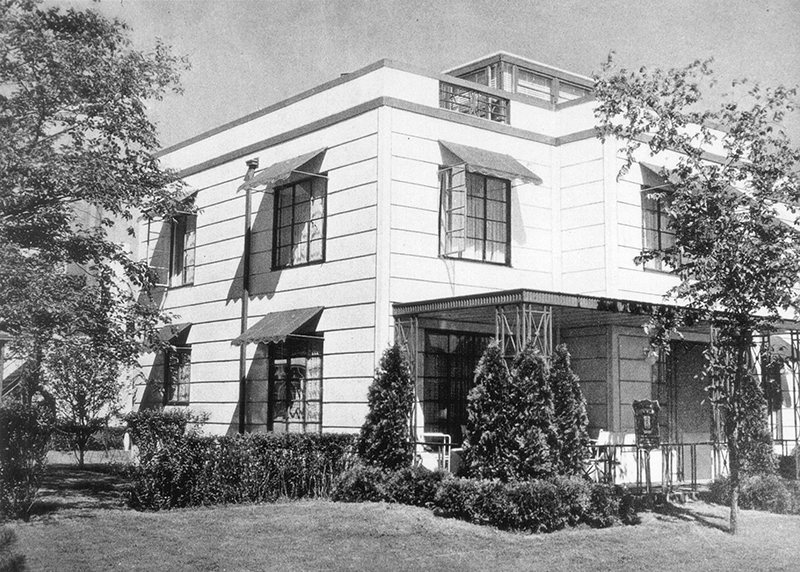 Among the dwellings that made the trek were the Rostone House, the Cyprus Log House, the Armco-Ferro House, a porcelain-enameled steel structure; the Florida Tropical House; and the House of Tomorrow, the structure that generated the most traffic and talk at the fair. Quite prescient in its depiction of things to come, the Keck and Keck design featured walls of glass, electronic eyes to open kitchen and garage doors, air-conditioning, a dish-washer, and a garage bay for your personal aircraft. OK, that last feature remains futuristic. 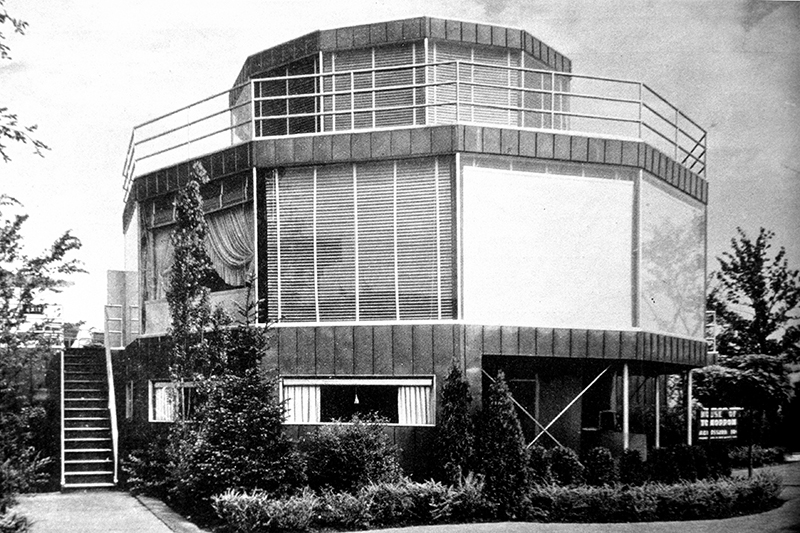 In hindsight, perhaps it’s not exactly shocking that Bartlett’s dream of creating a tony lakeside resort community in the middle of a depression failed. In 1966, the National Park Service took over the area that included Beverly Shores and it became part of the Indiana Dunes National Lakeshore. Homeowners became lessees, with little incentive for maintenance, and the homes suffered.

However, at the turn of the 21st Century, Indiana Landmarks collaborated with the National Park Service on a new approach. Indiana Landmarks leased the homes from the Park Service, then subleased them — with protective covenants — to people who restored them. It’s a three-way partnership that insures these groundbreaking buildings will have a tomorrow.

Four of the five homes have been restored under the arrangement. The House of Tomorrow’s innovative architecture and degree of deterioration presents greater challenges, and it needs more than $2 million in rehabilitation.

You can learn more about the remarkable Century of Progress Homes at the National Park Service’s webpage on the properties.