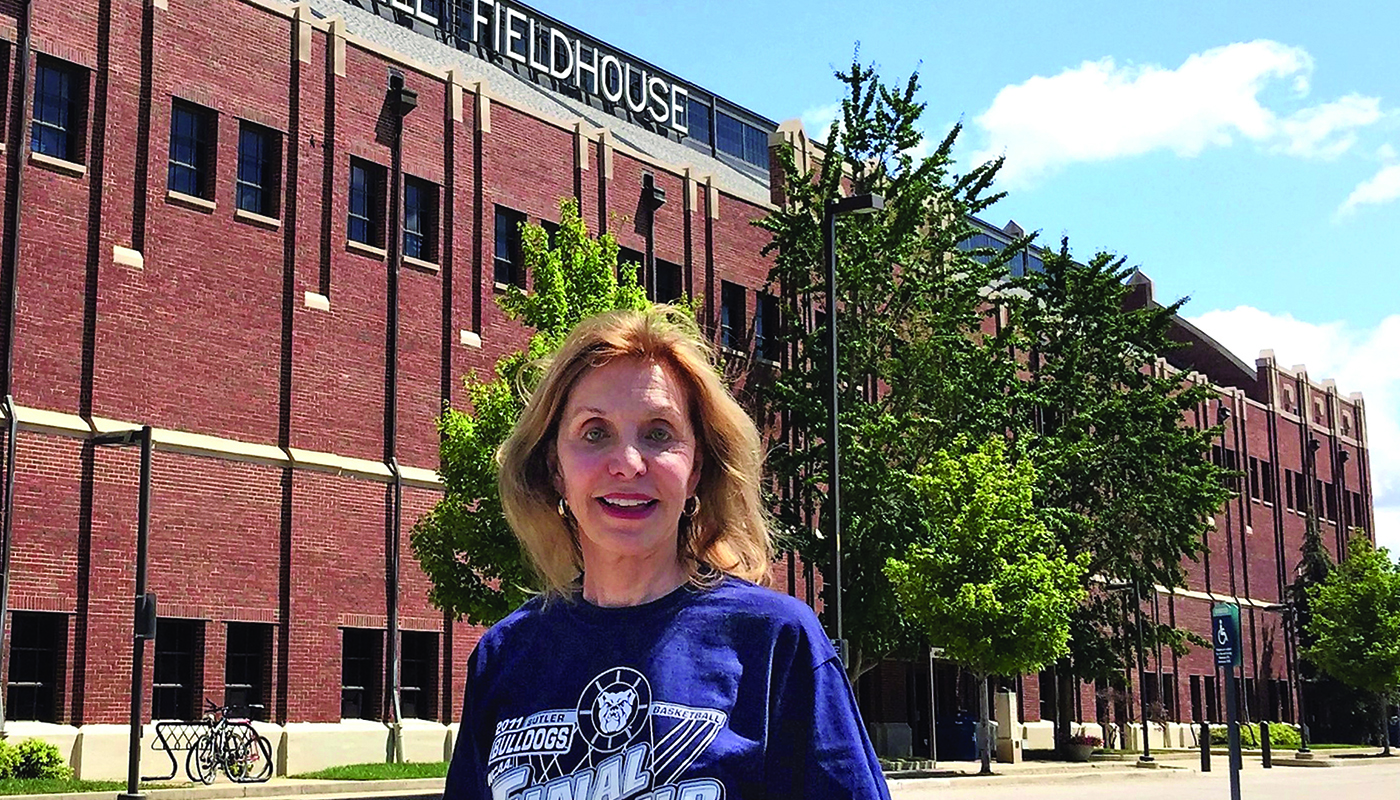 Lori Efroymson-Aguilera won the inaugural Williamson Prize for her support in saving historic buildings throughout the state, including a major gift for restoration of Indianapolis's Hinkle Fieldhouse (Photo: Sergio Aguilera)
POSTED ON September 6, 2016 BY Indiana Landmarks | News, Saved

If you’re a long-time Indiana Landmarks member, you’ll remember Reid Williamson, our president from 1973 to 2005. Under his leadership, Indiana Landmarks created regional offices to more readily help people save historic places, and grew in membership, staff, and endowment.

Marsh Davis, our current president, recommended that we create an award for individual preservation leadership in Reid’s honor, called the Williamson Prize. Marsh checked with Reid, who lives in Savannah, and found him honored to be remembered in this way.

At Indiana Landmarks’ annual meeting on Sunday, September 11, Lori Efroymson-Aguilera will receive the inaugural Williamson Prize. Her leadership in preservation began with service on our real estate committee and board of directors. In 1998, Lori and her late husband Dan created the Efroymson Family Fund of the Central Indiana Community Foundation (CICF) with preservation as a core mission.

Since 1999, Lori has chaired the fund, now joined by her son Jeremy and daughter Elissa as advisors. The fund has made over $3.5 million in grants to more than 250 preservation projects. Lori’s approach as the fund’s leader is brave and uncommon, making grants at the very early “ugly” stage of preservation projects. With no guarantee of success, the Efroymson Family Fund provides money that acts as a catalyst—a transforming gift to preservation and Indiana.

Her support has helped save historic places throughout the state, from the Prairie Preservation Guild’s restoration of the Fowler Theatre to the rescue of Lyles Station schoolhouse, a vestige of a historic African American settlement in Gibson County. Her family fund has made grants for sites on our 10 Most Endangered list, a roster not for the faint of heart when it comes to investing in historic places. Since 2005, the fund has provided $3 million to recapitalize our revolving fund and replenish our endangered places grant fund.

Historic Madison, Inc. (HMI) wins the $1,000 Servaas Award in the youth-serving category for its participation in The Mayor’s Eagles, a community service partnership between the Madison mayor’s office and local elementary students in Madison’s National Historic Landmark District.

“Since 2000, hundreds of fourth- and fifth-grade Mayor’s Eagles have participated in Historic Madison’s volunteer opportunities,” notes John Staicer, president of the nonprofit. “For example, we trained Mayor’s Eagles in field measurement, photography and documentation for our Outbuilding Survey,” he says. The four-year project recorded more than 80 structures, resulting in a popular self-guided Urban Outbuilding tour. 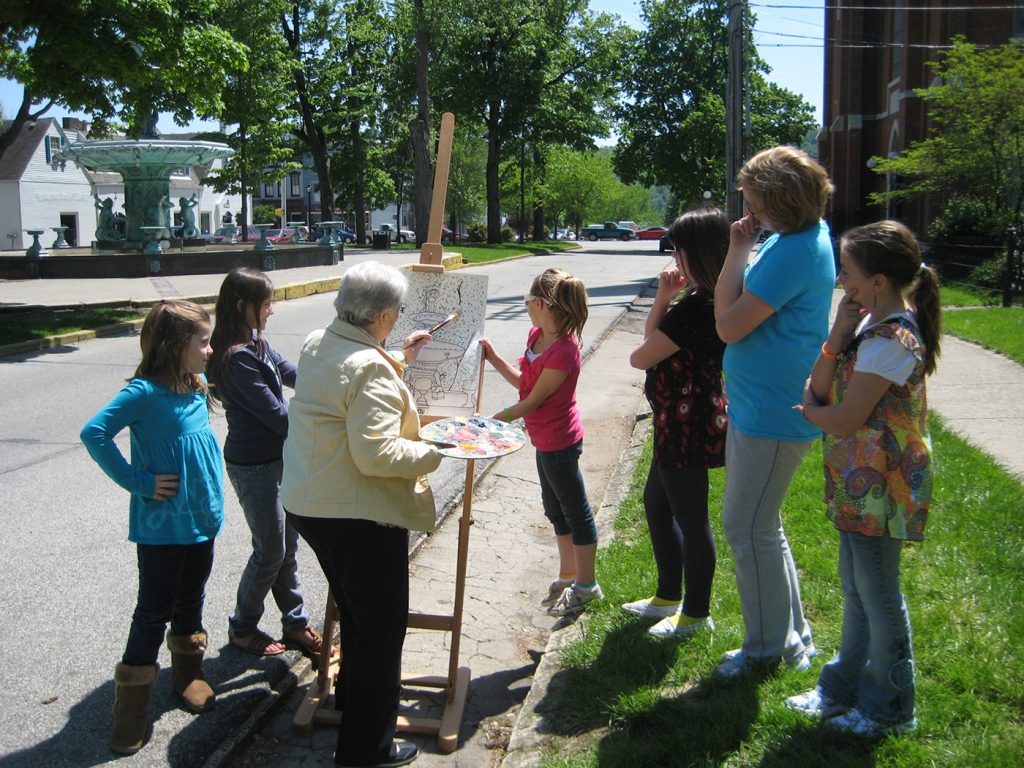 This year, HMI guided the youngsters in researching historic Madison sites and downloaded the information to Clio, an app for iPhone and Android phones that connects users to a database of historic sites nationwide.

Mayor Damon Welch’s three adult offspring participated in The Mayor’s Eagles as children. “I believe the program, especially the role Historic Madison has played in it, has helped many students look at their community with…a new appreciation for its architectural heritage. As the future leaders of our city, students need a strong background in what makes Madison so special,” he declares.

The Servaas Memorial Award in the nonprofit organization category, with a $2,000 cash prize, goes to the Columbus Area Visitors Center for its ardent and effective promotion and support of historic preservation.

The Columbus Area Visitors Center offers rigorous training to volunteer guides who lead thousands each year on tours—six days a week—highlighting the city’s nineteenth-century structures as well as more than 70 mid-century landmarks. It also shares the story of Columbus’s world-class architecture with state and national media and through social media. Locally, it hosts educational talks on Columbus’s unique Mid-Century Modern architectural heritage. 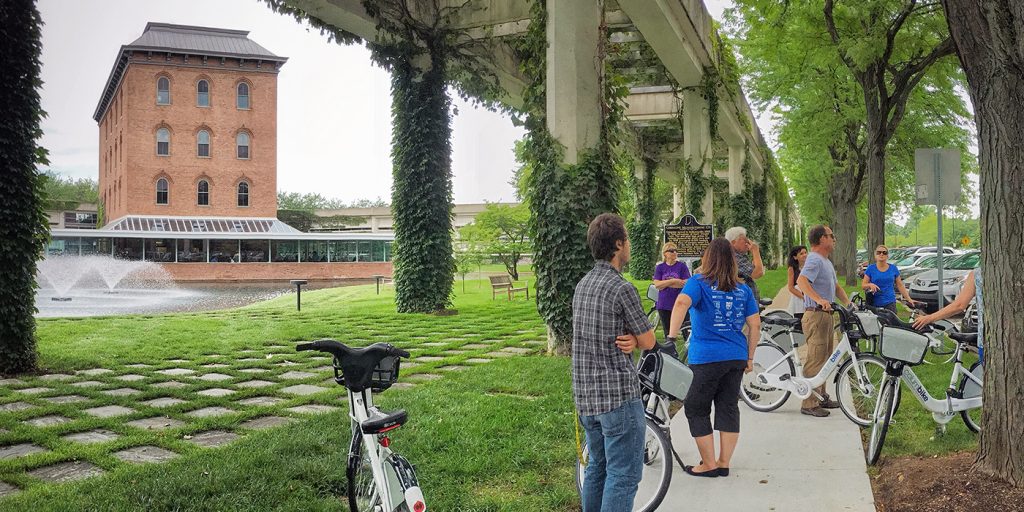 If you haven’t been to Madison or Columbus lately, why not visit this fall? Your first stop in planning your trips: www.historicmadisoninc.com and the Columbus Area Visitors Center, www.columbus.in.us.