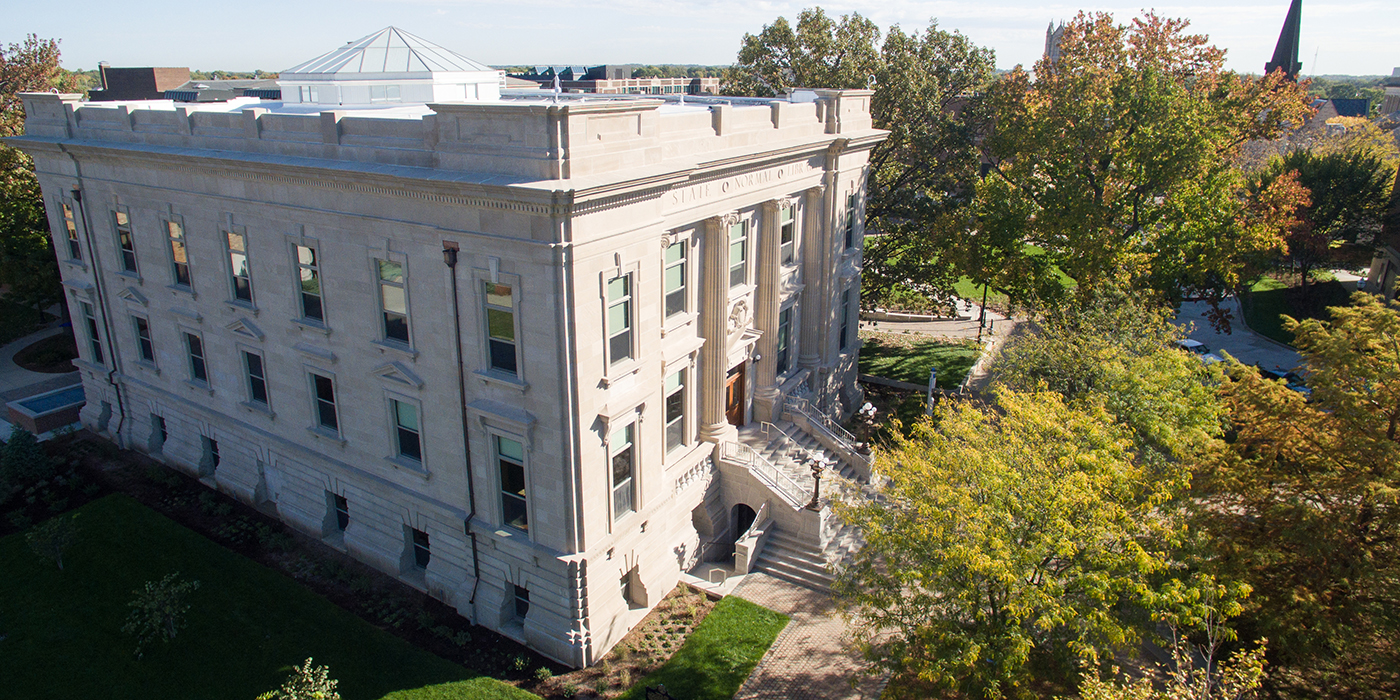 When it opened in 1910, the Neoclassical-style Normal Hall Library at Indiana State University (then known as Indiana State Normal School) offered an inspiring place for study, with an elegant reading room topped by a skylit dome surrounded by stained-glass panels depicting historical figures in arts, philosophy and culture.

By the twenty-first century, Normal Hall was largely empty and underutilized, its glorious dome concealed by dropped ceiling, the stained glass panels lying broken in a darkened attic-like space, with a handful saved to hang in the campus library. Last year, Indiana State rescued the landmark from its mothballed state, returning it to service as Center for Student Success and University College following a $16 million restoration. 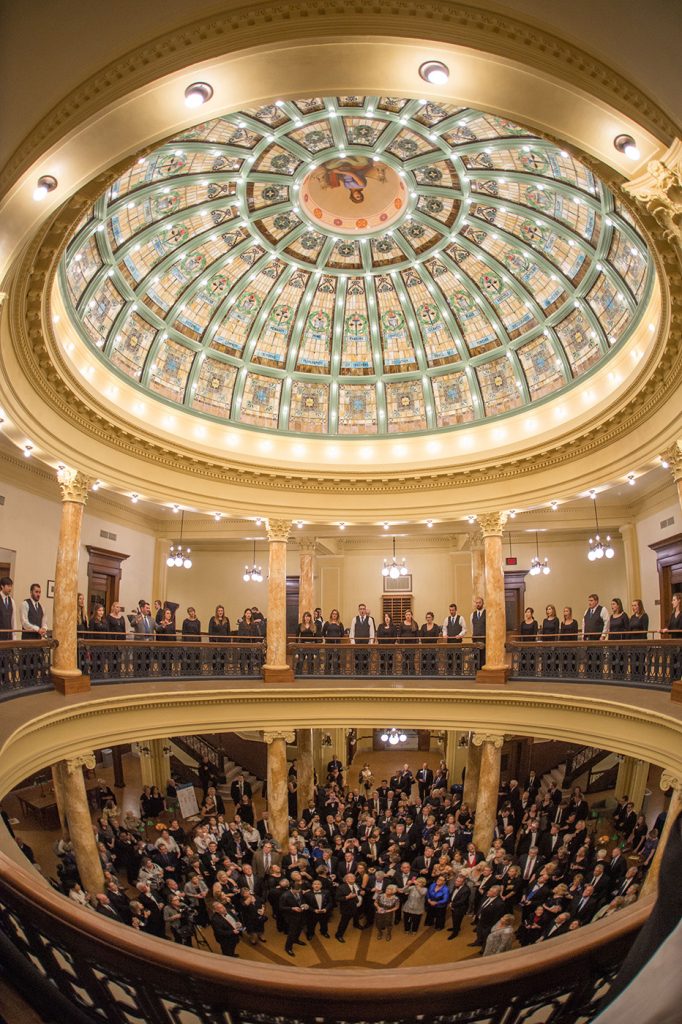 “I think it’s always been clear to the college that we needed to do something,” says Indiana State University President Daniel Bradley. “With its long history, architectural significance, and importance to alums, it’s truly a jewel for the state and the only building on campus that dates back to when we were Normal School.”

Lafayette architect James Alexander designed Normal Hall, encasing the brick building in a limestone façade. Chicago-based Louis J. Millet, who would become nationally known for his work in the medium, created the art glass in the dome. 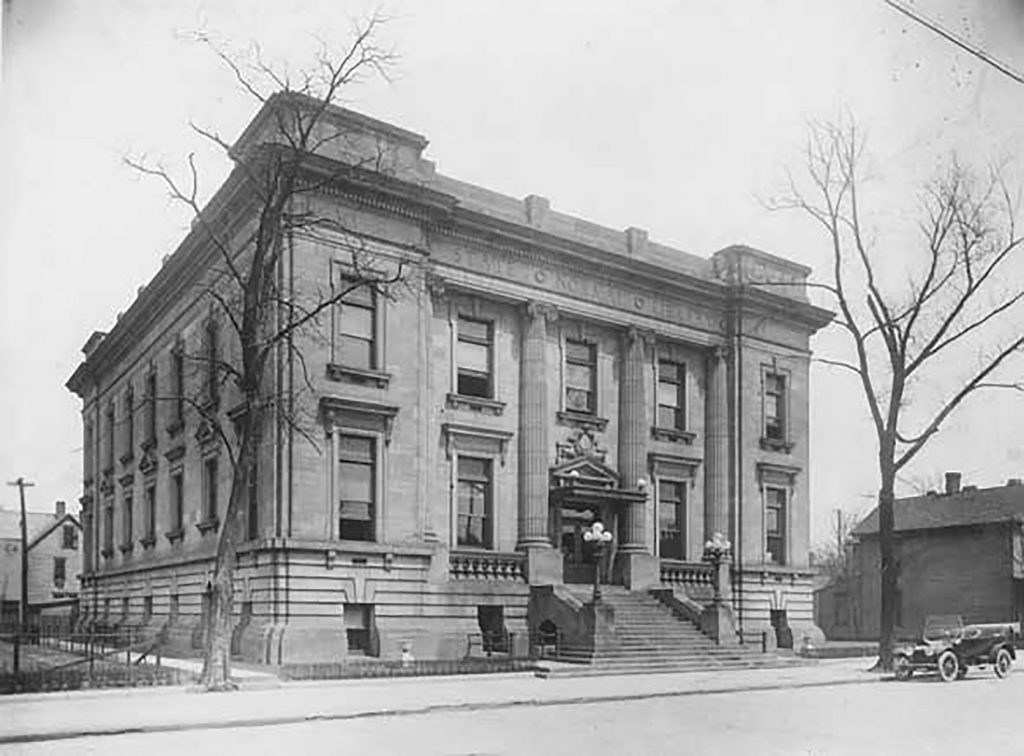 The project architect was Indianapolis’s arcDESIGN and the primary contractor was Bloomington-based Weddle Brothers. After removing the failing brick veneer on the north facade, the contractor discovered deterioration in the embedded structural steel from the foundation to roof. After installing a temporary roof support, workers removed walls, installed a new steel structure, and rebuilt the steel trusses before constructing new load-bearing masonry walls. The design recreated a long-missing exterior staircase, restoring the building’s original proportions. The architect designed a more aesthetically compatible replacement for a 1950s addition that houses elevators, public restrooms, and mechanical systems.

“I still recall entering the Reading Room at Normal Hall for the first time,” says Mike Engledow, principal at arcDESIGN. “Despite the years of dust and piles of archival storage, the elegance of the space was still evident.”

Inside, after removing the drop ceiling, Wisconsin-based Conrad Schmitt Studios recreated the stained glass panels in the dome depicting the names of 24 educators and philosophers. Schmitt’s artisans also restored the scagliola finish on 20 columns below the dome in the reading room, plaster moldings, cornices, capitals, and wall finishes. 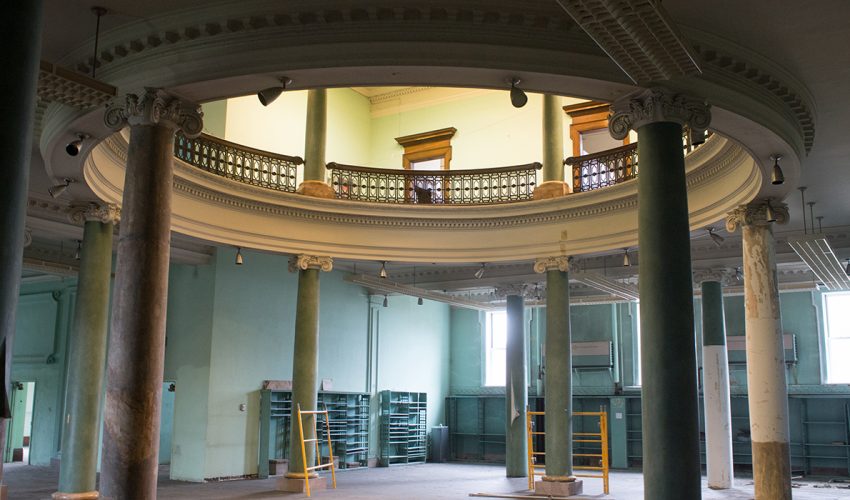 Built in 1910 as the library for Indiana State Normal School, Normal Hall was largely empty and underutilized by the twenty-first century, its dome concealed by a suspended ceiling. (Photo: Indiana State University) 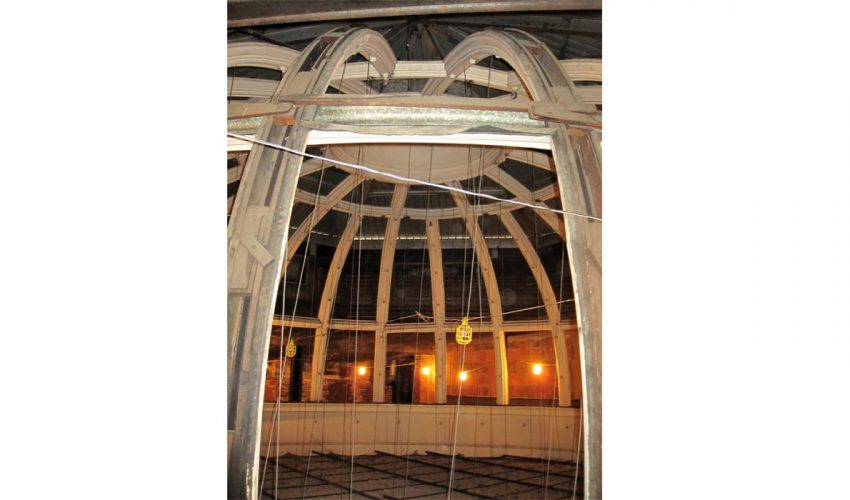 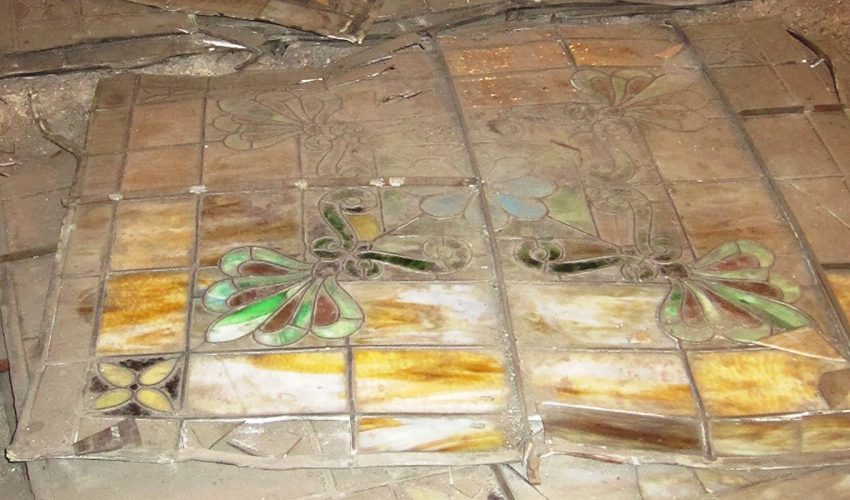 The dome's stained glass panels were lying broken in a darkened attic-like space, with a handful saved to hang in the campus library. (Photo: Indiana State University) 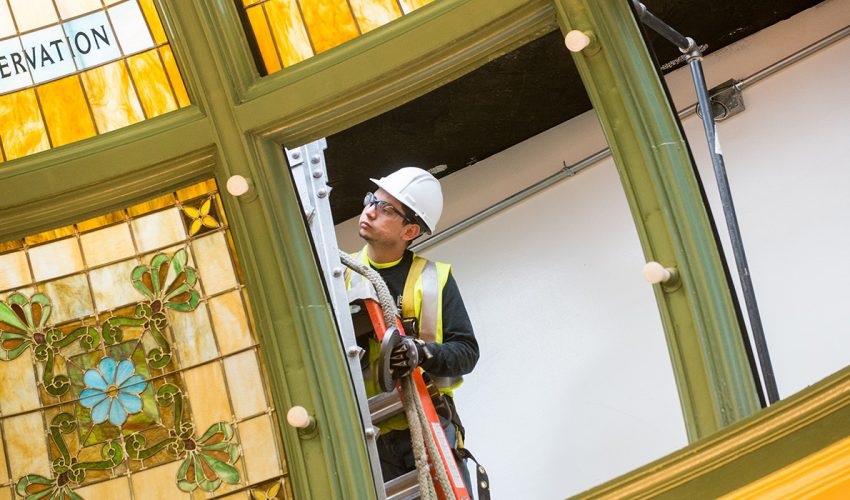 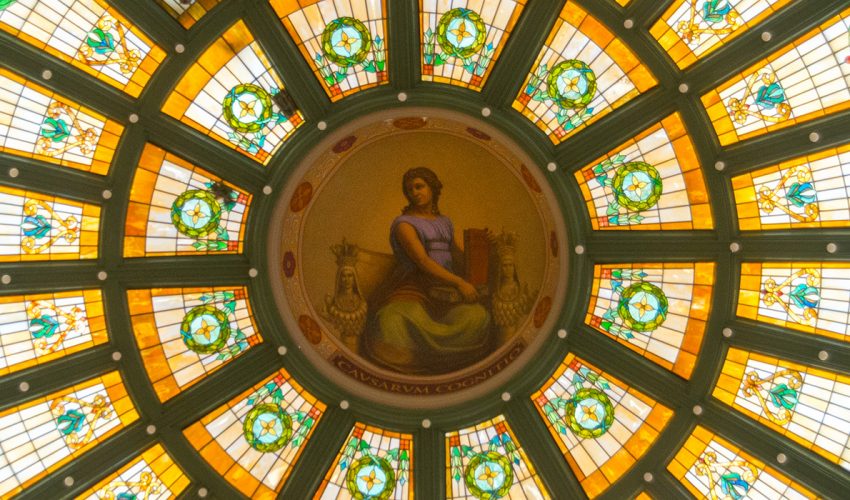 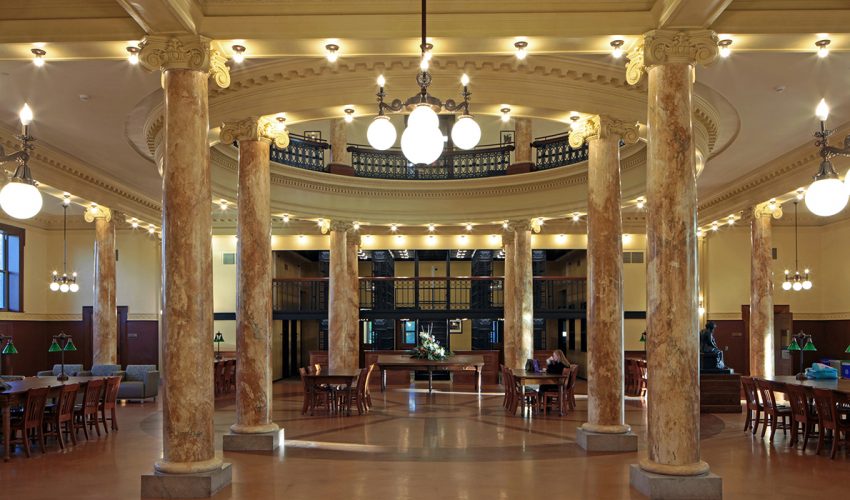 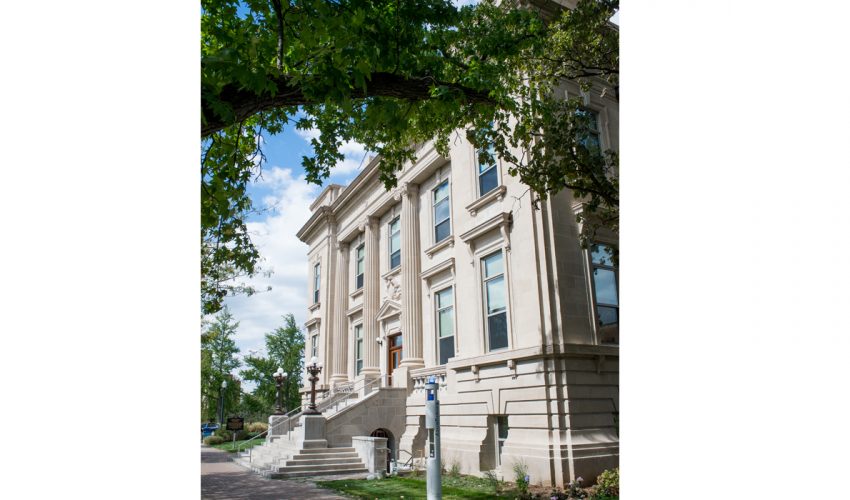 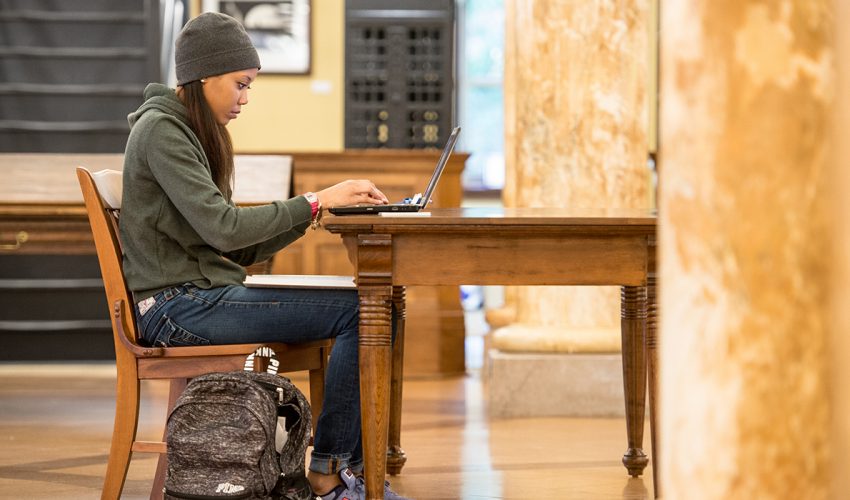 Normal Hall returned it to service as Center for Student Success and University College, now a vital hub for students. (Photo: Indiana State University)
Previous Next

ISU received $16 million in state funding for the restoration. The Gayle and Bill Cook Foundation covered the $1 million cost to restore the dome and reading room’s decorative features. “I couldn’t resist another dome!” declares Gayle Cook. She recommended Conrad Schmitt Studios, who helped restore the West Baden dome interior. “Conrad Schmitt’s artisans collected the broken glass lying in the attic and recreated the ISU dome working from the only photo in existence—an old fuzzy black and white. The result—a space that is once again beautiful, inspiring and useful,” she adds.

“It’s not a monument. It’s a living, breathing, functioning building,” adds Bradley. “It’s really exciting to have it back as an active building in the center of campus.”