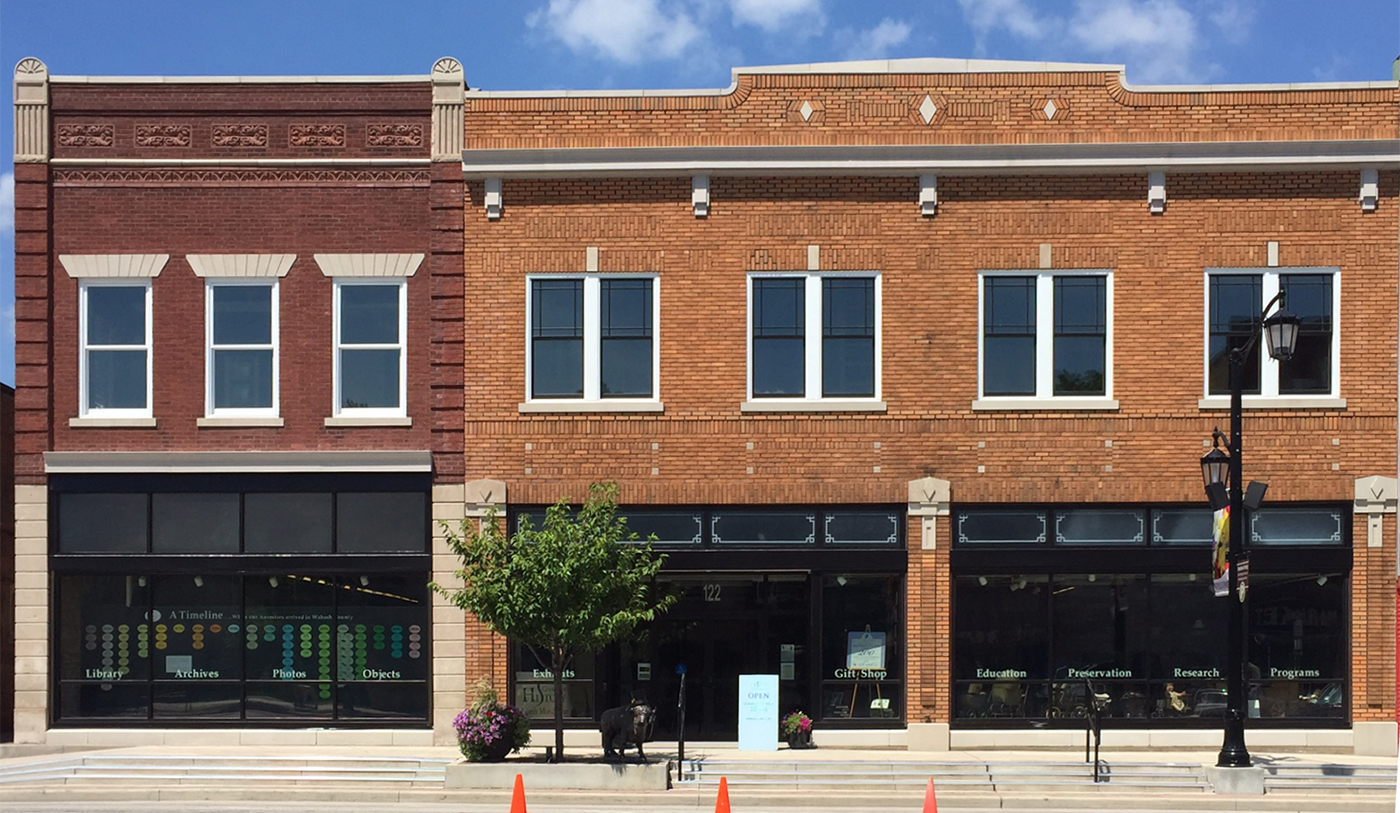 If you haven’t been through the charming Wabash County town of North Manchester lately, we recommend a road trip. Facade improvements — from simple spruce-ups to substantial rehabs — have transformed the historic downtown commercial district.

The North Manchester Historical Society recently completed one of the most impressive projects — a complete façade makeover at the former Oppenheim Department Store that houses the North Manchester Center for History. Before closing in 1999, the store at 120 East Main Street had been in business since 1880, making it one of the oldest continuously operating department stores in Indiana. The historical society has occupied the building since 2000.

With a collection of over 22,000 items related to north Wabash County, the historical society excels in promoting the area’s rich cultural heritage. But taking on the demanding restoration of a historic building spanning almost half a city block was definitely outside the group’s area of expertise. “We owned one of the least attractive buildings in the downtown. Indiana Landmarks’ staff was very encouraging and provided technical expertise early in the process,” says Mary Chrastil, the group’s board president. 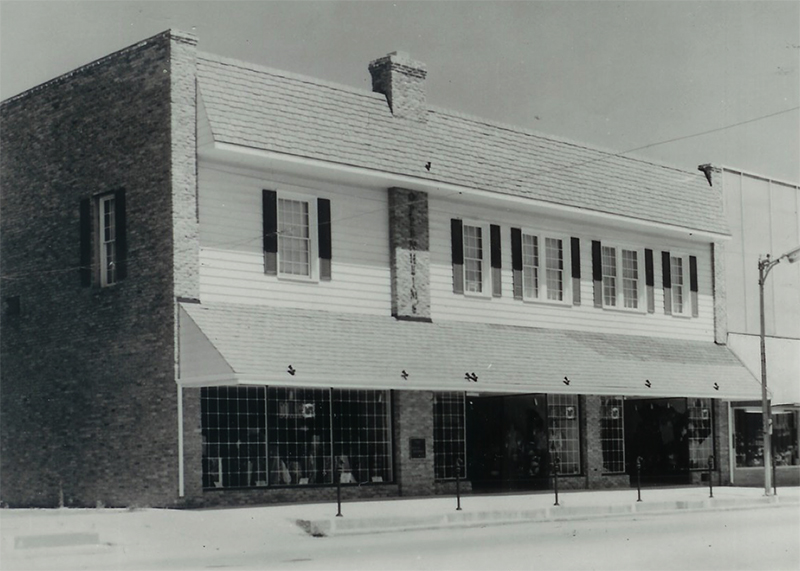 The main façade of the building got a Colonial-style front in the late 1960s. Inspired by old photographs that showed the building in earlier eras, the group took a collective deep breath when its contractor peeled back the phony exterior. What they found was discouraging. Much of the original brickwork had been damaged, terra cotta details had been crudely chiseled off, the parapet wall had been partially dismantled, and windows had been changed. 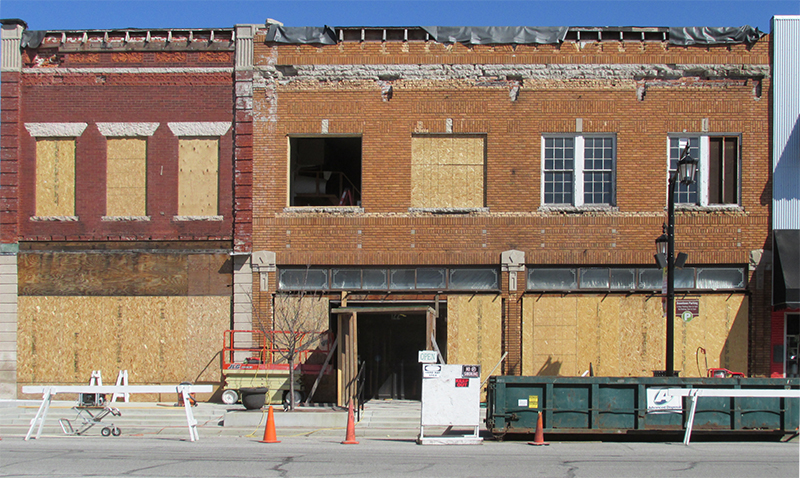 Removal of the 1960s-era facade revealed significant damage to the building’s exterior.

Undeterred, the historical society hired SRKM Architects of Warsaw, a firm experienced in commercial restorations. Before the construction crew could begin, the architects had to piece together a picture of missing and damaged architectural elements. They read clues on the building and studied historic photographs to figure out where to place windows and other architectural details.

Most of the building’s original 1880s façade was long gone, but much of a 1920s-era makeover remained under the later Colonial-style clapboards. The historical society renovated the storefront to the 1920s appearance and rehabbed an adjoining, more intact building to its original Victorian Italianate design. The two different styles complement each other and bring architectural interest to the streetscape, much as they did in the early twentieth century. 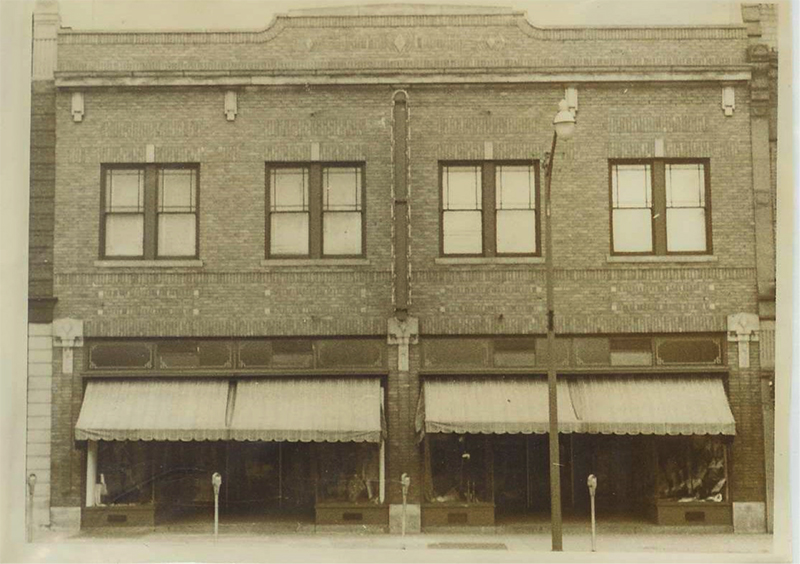 A vintage photo shows the Oppenheim Building in the 1920s.

Workers replaced missing windows with historically appropriate sash, and seamlessly integrated new bricks to fill voids left by missing or damaged masonry. They cut out damaged limestone and replaced it with carefully matched new stock. A skilled artisan replicated original terra cotta details based on fragments of the originals. Today, casual observers could be forgiven for thinking the Oppenheim building has always looked this good.

Funds from the town’s façade grant program supported the rehab, along with corporate and individual donations and funding from the Efroymson Family Fund of the Central Indiana Community Foundation. The group is continuing to raise funds to pay for the project. If you would like to pledge financial support or want more information about the North Manchester Historical Society, contact the group at 260-982-0672 or nmhistory@cinergymetro.net.